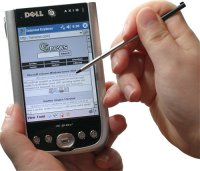 1. PDAs
Personal digital assistants, the device that transformed personal organization in the 1990’s, are almost obsolete.  The product was a stepping stone towards the superior smartphone.  The Palm Pilot, which was the leading PDA, was successful because it possessed a number of features that are now included in most smartphones. Creator Palm’s performance in the face of the expanding smartphone market helps further illustrate the decline of the PDA.  The company lost about half of its North American market share between 2008 and 2009, while smartphone sales increased 13.9% from the year before.  As a result, Palm launched its latest smartphone in June 2009, the Pre. 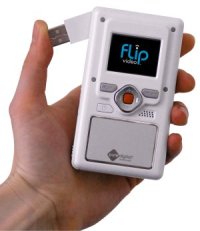 2. Flip Video Cameras
Cisco Systems’s line of Flip video cameras has been modestly popular over the past few years, bringing in about $75 million between February and May 2010, according to Cisco. However, the multifunctional smartphone may soon push Flip out of the picture.  Both the iPhone 4 and the Droid X feature 720p video capabilities, the same as Flip cameras.  Flip cameras do, however, have a small advantage over smartphones because of their higher video frame capture rate.  This slight edge in technological ability isolates Flip cameras as products which only appeal to a small percentage of consumers whose video recording needs cannot be met by a smartphone; a niche market that may not be able to sustain the business. 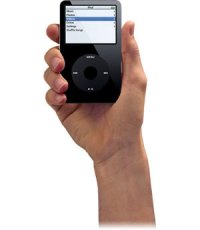 3. MP3 Players
Companies that make MP3 players have sold fewer and fewer units ever since smartphones began to provide the service. This marks the first time since the inception of the Walkman that portable music players will exist with more than a singular function.  According to  Deloitte, 42% of smartphone users have reduced or stopped using their portable digital music players because of their phones’ music-playing capabilities.  Even the iPod, the biggest selling MP3 player of all time, had its lowest since 2006 in the most recent quarter. 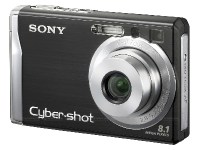 4. Digital Cameras
As handset phone cameras improve in quality, the demand for separate, low-end digital cameras may begin to decrease.  Many phones already have 5-megapixel camera capabilities. Market intelligence company iSuppli predicts that the average for phones will rise to 5.7 megapixels by 2013.  Digital still cameras, however, averaged 7.6 megapixels in 2008 and may reach 13.9 in 2013.  According to Pam Tufegdzic, consumer electronics analyst at iSuppli, “handsets soon may begin to cannibalize the low-end of the DSC (digital still camera) market as they incorporate higher megapixels and flash capabilities.”  This scenario does not seem too far off, as the recently released Nokia N8 smartphone features a 12-megapixel camera.

5. Handheld Video Games
For 2010, factory unit shipments of game-capable mobile phones are expected to reach 1.27 billion, according to iSuppli.  This will be an increase of 11.4% from the year before.  Handheld video game devices, however, are expected to decline 2.5% over the same period, shipping just 38.9 million factory units.  The reason is more consumers are using their phones for portable gaming.  In 2009, the percentage of portable gaming revenue generated by the iPhone grew from 5% to 19%, according to Flurry Analytics.  Apple CEO Steve Jobs has said the company has sold more than 1.5 billion iPhone/iPod Touch OS games.  Currently, six of the top ten highest-grossing apps are games, such as “Angry Birds” and “Tap Zoo.”  There are now reports that a Sony PlayStation smartphone is in the works.