As of Monday morning, the average secondary market list price for Phillies World Series home games is $3,228, which is more than double that average price for games in Houston ($1,584). 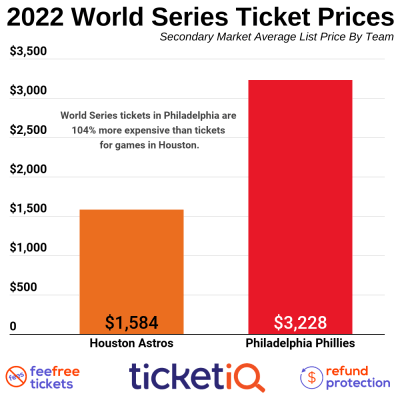 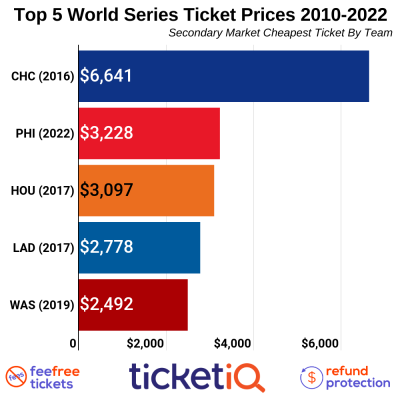