With the pre-season underway, here are prices for NFL tickets on the secondary markets and which teams and games are the highest priced for the 2021 season.

As you can see below, based on the average list price on the secondary market, the Las Vegas Raiders are by far the most expensive team for the 2021 season. At $1,652 the Raiders average price is more than double the number two team on the list, the defending Champion Tampa Bay Buccaneers ($718). The Patriots ($694), Cowboys ($603), and Broncos ($553) round out the top five. 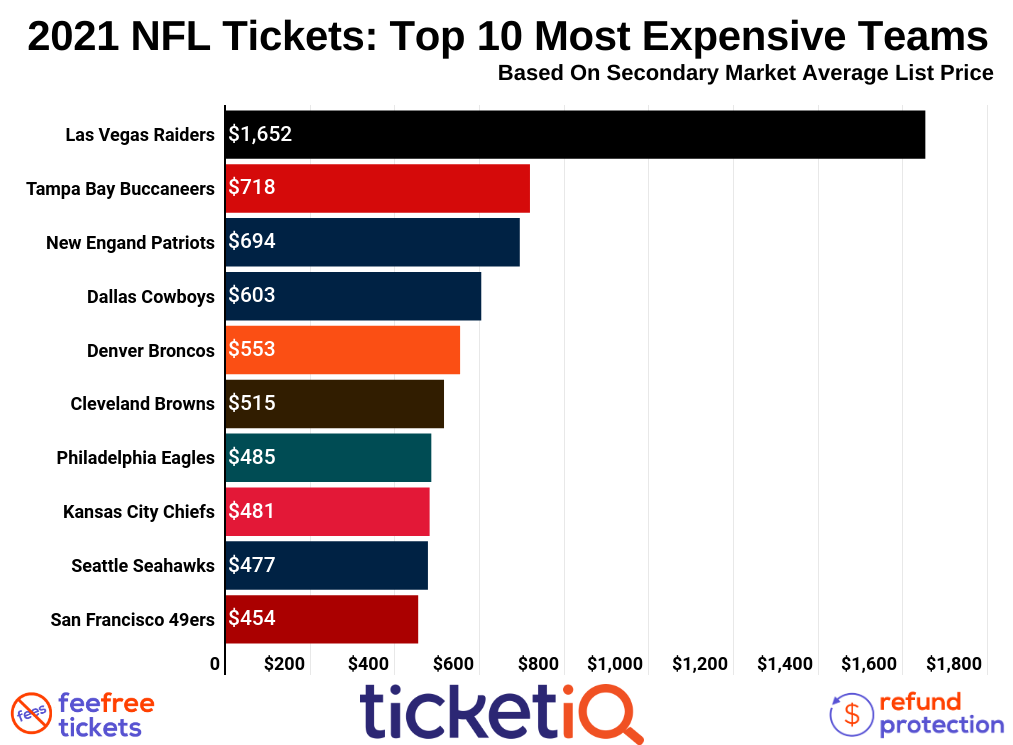 The Raiders also dominate the top ten games rankings for the 2021, with six of their home games making the list. However, the most expensive game of the year is Tom Brady’s return to New England on October 3rd. The average price for that game is $3,021. Only one other game on the list has an average price of $2,000 or more, and that’s when the Raiders vs Chiefs game in November, which has an average of $2,333. Two Buccaneers home games (9.9 vs Dallas and 11/21 vs Buffalo) also make the list. The only other team hosting a game in the top ten is Kansas City, when they play Dallas on 11/21. 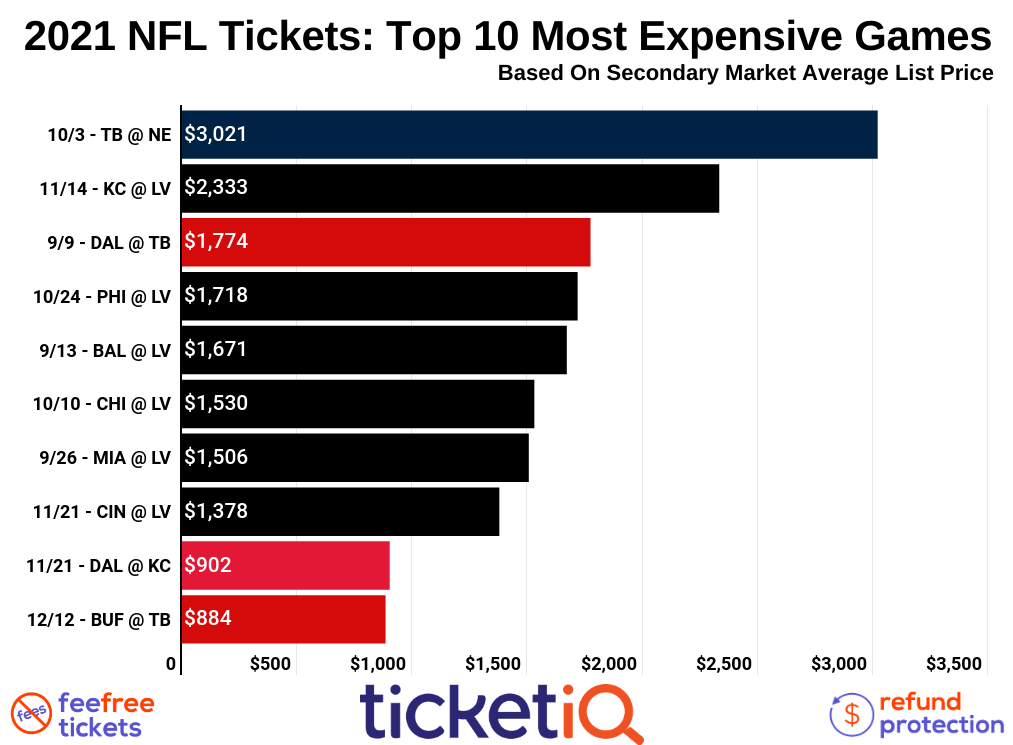 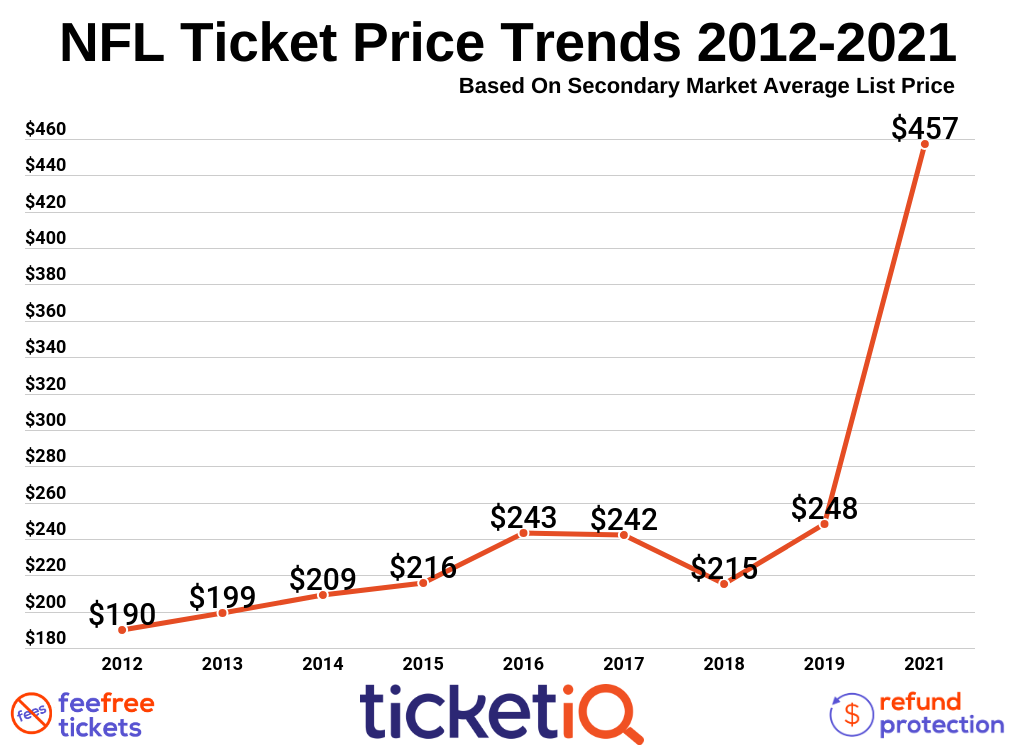 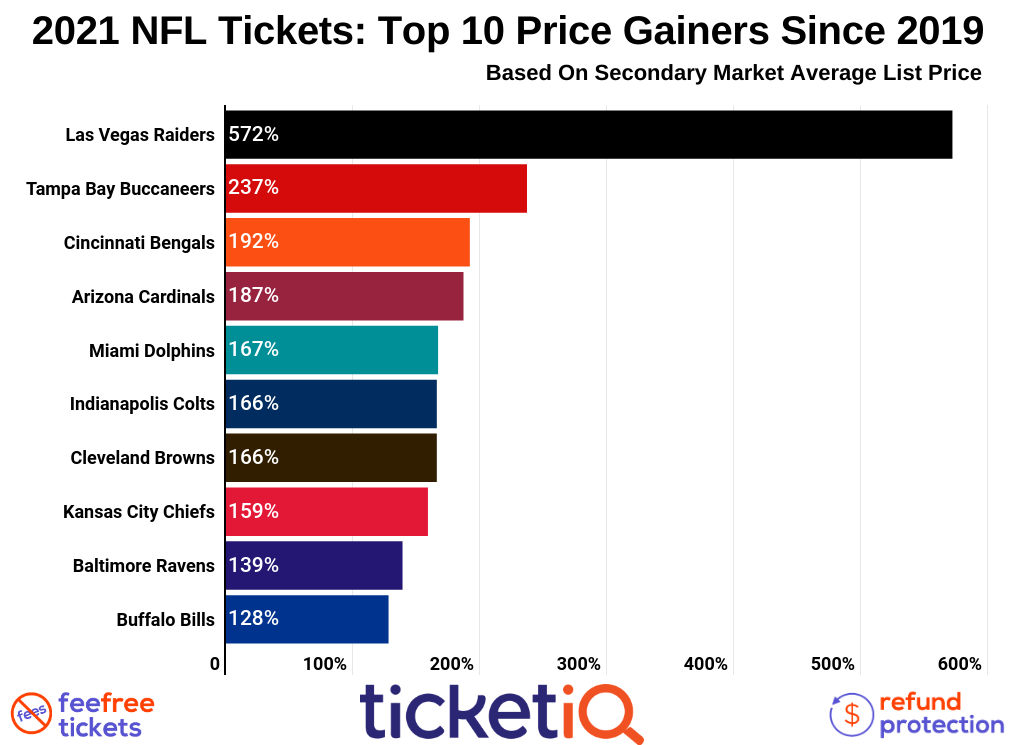 The TicketIQ NFL page includes real-time data on any team.