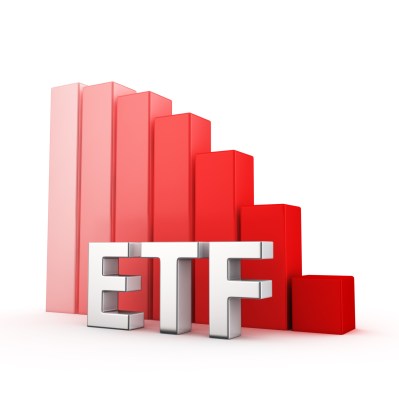 Source: Thinkstock
The stock market just found a new foe for earnings season. That would be Wal-Mart Stores Inc. (NYSE: WMT). Interestingly enough, and despite it issuing a severe earnings warning, Wal-Mart is not even reporting earnings for roughly another month. The warning, and the reason for the warning, was so bad that Wal-Mart acted as a drag on anything tied to retail and to the broader market, including many exchange-traded funds (ETFs).

24/7 Wall St. reviews some of the immediate fallout found in ETFs. The reason for much of the earnings drop was said to be 75% due to wage pressure and the rest from capital spending growth and from strong dollar impacts. Wage pressure at Wal-Mart means wage pressure elsewhere. It is possible that there will be no safe place to hide when it comes to retail earnings.

The SPDR Dow Jones Industrial Average ETF (NYSEMKT: DIA) is effectively the “DJIA ETF” and Wal-Mart took it into negative territory after having been positive earlier. The last price seen in late-morning trading was down over 0.5% at $169.70, versus a 52-week range of $150.57 to $183.35. As of Tuesday’s close, Wal-Mart accounted for 2.6% of the Dow. Wal-Mart alone was close to 40 points on the Dow, due to its share price not making it in the top weightings of the Dow’s share price weighting.

The Consumer Staples Select Sector SPDR ETF (NYSEMKT: XLP) has Wal-Mart listed as the fifth largest component with a 5.95% weighting. The Consumer Staples ETF is actually the key ETF based on consumer spending on true staples, and the drop there is 0.9% at $48.85. It has a 52-week range of $43.69 to $50.95.

The Market Vectors Retail ETF (NYSEMKT: RTH), from Van Eck Global, has Wal-Mart as its number-three holding, behind Home Depot and Amazon. This seems like an odd weighting, but the ETF was last seen down 2.2% at $74.51. It was trading up above $76.00 before Wal-Mart’s dismal news broke.