The States With The Fastest Growing Economies 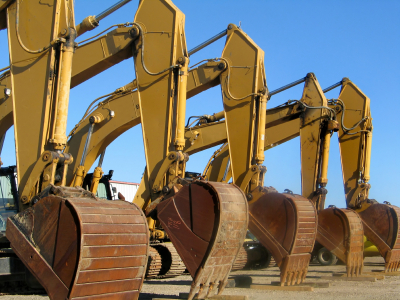 In 2011, the U.S. economy grew for the second straight year, although at a slower pace than in 2010. According to figures released by the Bureau of Economic Analysis, U.S. GDP increased 1.5% — less than half the 3.1% growth in the previous year. Still, this shows the economy is moving in the right direction.

The biggest contributors the nation’s economic growth were professional, scientific, and technical services and the information sector, which represented 24.7% and 14.7% of total U.S. GDP growth, respectively. By far, the most significant growth industry was durable goods manufacturing, which contributed to nearly a third of total GDP growth. A state-level review shows that just a handful of the states are responsible for the lion’s share of national GDP growth. 24/7 Wall St. performed an analysis of the 11 states with the largest GDP growth in the country last year.

In 2011, the real GDP of 11 states grew by at least a 2%. While some of these states, such as North Dakota, Utah, Texas and Alaska, showed economic strength throughout the recession — a trend that continues today — in other states, such as California and Michigan, this is a reversal of shrinking economies and hard times during the recession. In the case of states like California and Michigan, this increase should be considered in light of the hardships these economies have faced in the past few years.

In other states, such as Alaska, North Dakota, and West Virginia, it was natural resource mining that contributed most to GDP growth. Some regional economies expanded the industries in which they specialize. In Washington, 42.5% of total GDP growth came from the information sector. Washington has the largest share of its total employment in that industry of any state. In Connecticut, where 8.3% of all jobs are in financial services, the second-largest proportion in the U.S., the insurance and finance industries accounted for 30% of the state’s total economic expansion.

The states with the biggest GDP increases run the gamut from the largest  in the country (California) to the third-least populous (North Dakota.) Because of this variance, growth rates of 2% and 7.6% mean very different things. In a small state like Alaska, a 2.5% increase in GDP is the equivalent of a relatively small $1.1 billion increase in productivity growth. In Texas, an economic expansion of 3.3% is 33 times that, or $36 billion.

In addition to BEA GDP data, 24/7 Wall St. examined changes in employment and unemployment rates by sector between 2010 and 2011, provided by the Bureau of Labor Statistics. We also reviewed population changes over that time period, provided by the Census Bureau.

These are the states with the largest growth in GDP.