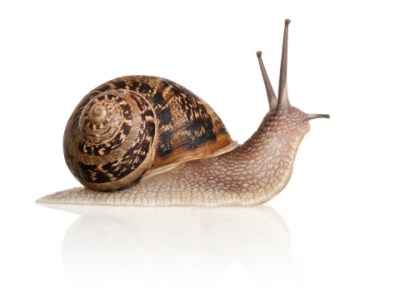 The United States economy grew 1.9% in 2013, down from the 2.8% growth rate in 2012. GDP growth of all but two states was positive last year, although economic growth at the state level varied considerably.

While some states experienced truly substantial growth, helping to drive the U.S. economy, others languished, according to a recent release from the Bureau of Economic Analysis (BEA). In all, 12 state economies grew by less than 1% last year. Maryland’s economy remained flat, the third consecutive year in which the state’s growth rate slowed. And after being among the nation’s fastest growing economies in 2011 and 2012, Alaska’s GDP fell 2.5% last year. Based on figures published by the BEA, these are the states with the lowest real GDP growth rates in 2013.

One factor that impacted growth at both the national and state levels was government spending. According to Cliff Woodruff, an economist at the BEA, “[in] some of the bottom states, government seemed to be one of the sectors that was affecting those states.” This was especially the case in Alaska and Virginia, where low government spending dragged down GDP by at least one quarter of a percentage point. In all, the government sector weighed down growth rates in 39 states.

Outside of government spending, however, these states’ economies were often very different. For example, the three slowest growing states — Alaska, Maryland and Virginia — were also among the nation’s wealthiest. Meanwhile, Tennessee and Alabama, which had among the lowest median incomes in the nation, also posted weak growth rates last year.

Industries in the private sector that contributed to underwhelming GDP growth figures differed considerably between these states as well. In Alaska, mining accounted for nearly all of the decline in output. According to Woodruff, “Alaska has continued to see a decline in [oil] production on their North Slope.” On the other hand, finance and insurance played a major part in constricting growth in New York. And in Tennessee, durable goods manufacturing and construction both weighed considerably on growth.

Slowing GDP growth does not always have an immediate affect on many aspects of the economy. Just three of the slowest growing states had unemployment rates above the U.S. rate for 2013. Additionally, the unemployment rate in a few of these states was well below the national benchmark, including in Virginia, where just 5.5% of the workforce was unemployed last year.

Based on figures published by the BEA, 24/7 Wall St. reviewed the 10 states with the slowest growing economies. The BEA’s state growth figures are measured by real gross domestic product, which accounts for the effects of inflation on growth. GDP figures published by the BEA for 2013 are preliminary and subject to annual revision. Real GDP figures for past years have already been revised. Population figures are from the U.S. Census Bureau and reflect estimated growth between July 1, 2012, and July 1, 2013. We also used eata on median household income, poverty, and food stamp participation from the U.S. Census Bureau. Last year’s unemployment rates are annual averages and from the Bureau of Labor Statistics. Home price data are from the Federal Housing Finance Agency. Information from the Energy Information Administration was also utilized.

These are America’s slowest growing states.