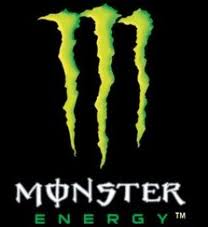 Several other energy drinks racked up hundreds of millions of dollars in total sales last year. Based on data from SymphonyIRI Group, a marketing intelligence firm, 24/7 Wall St. identified the most popular energy drinks by total sales.

Click here to see the most popular energy drinks

The energy beverage market is dominated by two brands — Red Bull and Monster — and they continue to grow. Year-over-year, those companies increased their sales by nearly 14% and 18%, respectively. Two main factors have been driving their growth, and the growth of the energy drink industry as a whole.

First, the companies have reached out to a wider overall demographic in recent years. In the first five years of energy drinks’ prominence in the market, men constituted about 85% of the consumers, said Darin Ezra, CEO of Power Brands Consulting, which works with the beverage industry. Now, about 30% of the consumers are women. This is due in part to the fact that companies have been aggressively marketing sugar-free and flavored drinks.

However, marketing is still predominantly targeted towards young men. Endorsements of athletes in traditionally male-dominated sports like mixed martial arts, motocross and snowboarding illustrate this fact.

The second factor driving the growth is due to the changing demographics of the industry’s original consumers. When the beverages first became popular, Ezra noted, the industry was primarily targeting teenagers and college students. Now, energy drink companies have been able to retain those initial customers while courting new younger buyers into the market.

The two largest beverage companies, Coca-Cola Co. (NYSE: KO) and PepsiCo Inc. (NYSE: PEP), have not had a great deal of success in the energy drink segment. Coca-Cola’s Full Throttle accounts for just 1.28% of the energy drink market. Pepsi’s two top-selling Amp products account for just over 3% of the market.

Fortunately for those two companies, energy drinks have not been much of a replacement for soft drinks, Ezra said. He added that the drinks definitely have not cannibalized on sports drinks such as Gatorade or Powerade.

“An energy drink is not a refreshment,” he said. “Think about it: Would you have an energy drink with your hamburger?” Rather, these energy drinks have been a replacement for morning coffee. Ezra pointed out that more energy drinks are bought between 6 a.m. and 7 a.m. than at any other time during the day.

These energy drinks have come under fire recently due to alleged adverse health effects. According to a study released last week by the American Heart Association, energy drinks can increase blood pressure and over time can disrupt the natural rhythm of the heart. In late 2012, the Food and Drug Administration released dozens of reports of death or injury that cited different energy drinks.

Despite the bad press, some in the industry remain optimistic. Ezra said the coverage has not and probably will not make a dent in sales. In fact, it may actually help. “The fact that the authorities are pushing the extreme potency of these product, if anything, it reinforces the fact that it works,” he said.

Nevertheless, companies such as Monster and Rockstar are making changes to their marketing to limit disclosure of potential adverse health effects that may be linked to their products.

Both companies have moved away from marketing their products as a dietary supplements, categorizing them as beverages instead. The change will allow the companies to sidestep guidelines requiring disclosure of information to the federal government that could link its products with illness, injury or even death.

In a statement from the company last week, Monster argued that the move was made, among other reasons, to allow people who use food stamps to purchase these products — the federal government prohibits using food stamps to buy dietary supplements.

Based on data from SymphonyIRI, 24/7 Wall St. reviewed the top 20 selling energy drinks in the U.S. during the 52 weeks ending February 24, 2013, by brand. Ranking on total sales, we then identified the most popular drink sold under each of the seven brands that make the top 20. Unless otherwise noted, all sales numbers are for the largest drink sold by each brand. These 20 drinks comprised approximately 95% of all energy can drink sales (excluding energy shots). In addition to total sales, we also considered the number of units sold of the product, as well as the change in sales from the previous year, with all data provided by SymphonyIRI. Caffeine and sugar content figures were provided by Energy Fiend.

These are the most popular energy drinks in America.