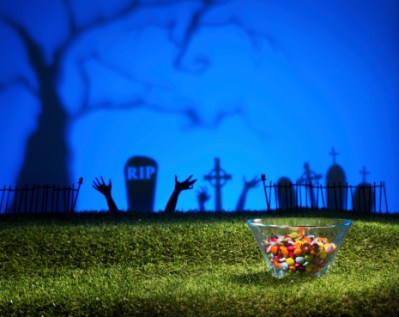 Source: Thinkstock
Chocolate is big business, and Halloween is its biggest holiday. According to a recent survey from the National Confectioners Association, 72% of all candy spending this Halloween will be on chocolate. Last year, more than $12.6 billion was spent on chocolate in the United States, 3.8% more than the year before.

According to market research firm Information Resources Inc. (IRI), in the past 52 months ending September 8, Americans spent $3.9 billion to buy 3.5 billion chocolate bars, bags and boxes under 3.5 ounces, the standard size consumers pick up at a grocery store checkout. Reese’s and M&M’s each accounted for more than $500 million in sales. Based on IRI’s data, 24/7 Wall St. reviewed the 10 chocolate brands with the largest sales during the last year.

The chocolate industry is extremely concentrated among just a few competitors. Each of the 10 best-selling chocolate brands is owned by either the Hershey Company (NYSE: HSY) or Mars Inc. In the past year, Hershey made close to half of all standard-sized chocolate sales in dollars, and Mars accounted for nearly 38% of sales. Only two of the 20 most popular products, Nestle’s Butterfinger and Crunch, were made by another company.

The two companies that dominate this market, Hershey and Mars, have been moving in different directions. Dollar sales for the top four Mars brands declined in the past year. Its worst-performing top brand was 3 Musketeers, which fell nearly 10% from the year before. By contrast, sales of all of Hershey’s top five brands grew over the past year, led by Kit Kat. Sales of that brand rose by more than 22% to over $300 million.

These brands not only compete for customer dollars at the checkout line, they also sell their products in other forms. Snack sizes — miniature versions of a chocolate candy bar — are especially popular with trick-or-treaters on Halloween. While most of the top standard size brands also rank among the highest for sales of snack-size chocolate, there are some exceptions. M&M’s and 3 Musketeers are relatively less popular in snack size than in the standard size.

Based on data from IRI, a Chicago-based market research firm (@iriworldwide), 24/7 Wall St. reviewed the top 10 selling chocolate brands in the United States during the 52 weeks ending September 8, 2013. According to IRI’s methodology, chocolate candy sizes fall into multiple categories, including: weighing less than 3.5 oz, weighing more than 3.5 oz and snack size (which is excluded from the less than 3.5 oz category). Our ranking is based on sales of candy units weighing less than 3.5 ounces, which includes most standard size American candy bars. Sales listed were based on sales in U.S. multi-outlet and C-stores (supermarkets, drugstores, mass market retailers, gas/C-stores, military commissaries and select club and dollar retail chains.)

This is America’s favorite Halloween candy.