Cities with the Widest Gap Between the Rich and Poor 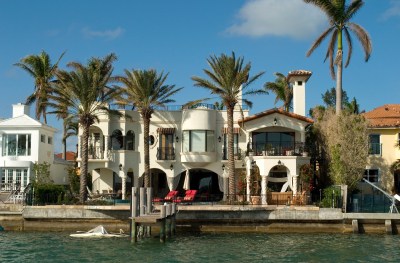 The American middle class is shrinking. According to a report released earlier this year, an estimated 51% of the population was in the middle class at the start of the decade, down from 61% forty years earlier. It also appears that even as the economy recovers, jobs are being added for low-wage positions much faster. Despite economic growth in the United States, income inequality appears to be worsening nationwide.

The gap between the wealthy and the poor varies across the country. Some areas have much more extreme poverty, extreme wealth or both, and very little in between. Using data collected in the Census Bureau’s 2012 American Community Survey, 24/7 Wall St. examined the metropolitan areas with the highest Gini coefficient, a figure used to measure income inequality. A low Gini coefficient closer to zero means relative income equality. A higher Gini coefficient closer to one means a limited middle class and concentrated wealth or poverty. As of 2012, Sebastian and Vero Beach, Fla., had the highest level of income inequality in the country.

It might be expected that a metropolitan area with high income would have very large populations of both extremely wealthy and extremely poor people, but this isn’t necessarily the case. To have an unequal distribution of wealth, cities only need to be very wealthy or very poor.

This was the case in metro areas like Brownsville and McAllen, Texas, which have the highest and second-highest poverty rates in the country, respectively, as well as very high Gini coefficients.

At the same time, cities with high income inequality also included extremely wealthy areas like the Bridgeport-Stamford metro area in Connecticut, or the New York City metro area, which have among the wealthiest populations in the country. In the Bridgeport area, more than one in every five households earn more than $200,000 each year.

Both the extremely wealthy and extremely poor metropolitan areas with high income inequality have one thing in common: a disproportionate distribution of income among the wealthiest residents. Nationally, the top 5% of the population brought in 22% of all the income last year. In the Albany, Ga., area, the top 5% represented 27% of the area’s income. In the Sebastian-Vero Beach area, the wealthiest 5% accounted for more than one-third of income.

According to Urban Institute senior fellow Margaret Simms, another factor that may be contributing to income inequality in these areas is a high proportion of immigrants. In the Texas-Mexican border towns of Brownsville and McAllen, she explained, very low-wage manufacturing jobs are attracting immigrants to the region. These low-wage jobs contribute further to income inequality in these areas.

Many of the areas with extreme income inequality are split between urban and suburban neighborhoods. The Bridgeport-Stamford area has some of the wealthiest suburbs in the United States. The poverty rate in its suburbs in 2012 was just 5.5% — among the lowest rates in the country for suburbia. Meanwhile, the city of Bridgeport, which is much less well off, had a poverty rate of 17%.

To identify the metropolitan areas with the highest income inequality, 24/7 Wall St. reviewed the 10 areas with the highest Gini coefficient, as measured by the Census Bureau’s 2012 American Community Survey. We excluded those areas where the majority of counties had poverty rates considered to be significantly affected by the presence of college students. In addition to the Gini coefficient, we also used income, poverty and home value data from the Census Bureau. We also reviewed poverty rates in these metropolitan area’s urban and suburban areas, as estimated by the Brookings Institution. All data is for 2012.

These are the cities with the widest gap between the rich and poor.