Ten Cities Where the Poor Can't Get Rich 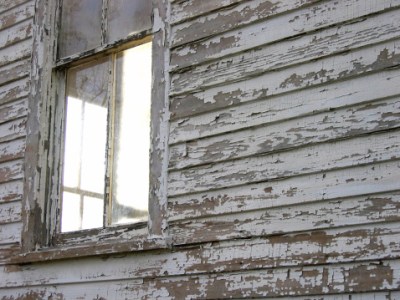 Source: Thinkstock
Is the American Dream dead? The vast majority of Americans born into poverty are unable to make much more than their parents. According to data released earlier this week from a study spanning three decades, Americans living below the poverty line had less than a 10% chance of making it into the top tier of earners.

In some metropolitan areas, the chances for upward economic mobility were even worse. A child born in Memphis between 1980 and 1985 had just a 2.6% chance of making it into the top 20% of earners by the time he or she had reached adulthood. Based on the difference in the expected economic outcomes between children from high-income and low-income families, these are the cities where the poor cannot get rich.

Click here to see the cities with low economic mobility

The underlying forces preventing upward mobility are a matter of debate, but there are certain characteristics these cities have in common. According to the report, poor neighborhoods tend to be clustered together or otherwise separated from other areas in the community. Based on one measure of poverty segregation, Memphis, the city with the least upward mobility, had the highest rate of poverty segregation in the United States.

This kind of economic segregation “leads to a lot of problems,” explained Brookings Institution senior research associate Jonathan Rothwell, including lower quality of the schools in these areas. The quality of education can have a direct impact on whether a child can successfully rise out of poor conditions. In school districts with very poor populations, funding is likely very low. “Studies show the most effective teachers tend to go to schools with children from affluent backgrounds. They may feel the environment is easier to teach in — they may get paid more.”

While the authors emphasize that the causal relationship is unclear, children in the cities with low upward economic mobility were much more likely to grow up in a single-mother household. According to the report, in seven of the 10 areas, more than 30% of families were headed by a single mother. In Greenville, N.C., it was 43.3% of families.

Based on estimates calculated by “The Economic Impacts of Tax Expenditures Evidence from Spatial Variation Across the U.S.,” a joint study conducted by economists at Harvard University and the University of California, Berkeley, 24/7 Wall St. reviewed the 10 cities with the worst upward mobility. We considered commuter zones with more than 100,000 residents as of 2000, identifying those areas with the lowest odds of moving from the lowest income quintile as a child to the highest quintile as an adult. These odds were modeled by the economists at the universities listed above. The additional data considered came from multiple studies within the period, but are not necessarily the most current.

These are the cities where the poor cannot get rich.