Countries Where Children Have the Best Opportunities 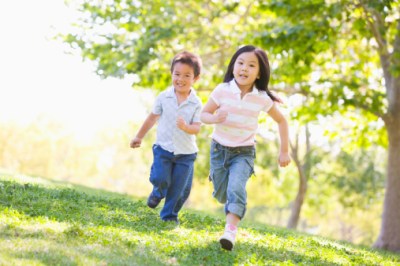 Source: Thinkstock
Is America really the land of opportunity? According to data just released by Gallup, 80% of Americans believe children in the country have the opportunities to learn and grow. While 80% may seem like a lot, residents of at least 18 other countries were more likely to think their nation gave children opportunities to succeed.

Americans are not quite as negative about children’s prospects as the residents of some nations. The country with the lowest score of the countries measured by Gallup was Estonia, where just 43% of those surveyed thought children had an opportunity to thrive . Of course, there are also countries such as Switzerland, where 95% of those surveyed thought their nation’s children had opportunities to learn and grow every day. Based on data published by Gallup, 24/7 Wall St. examined countries where children have the best opportunities.

Of course, there are certainly wealthier countries where children have less opportunities. The U.S., which had the sixth-highest GDP per capita world-wide — at $52,839 — in 2013 was 19th in Gallup’s survey out of 29 countries.

In an interview with 24/7 Wall St., Gallup editor and analyst Julie Ray pointed out that while national prosperity is a factor, even wealth distribution is also common. In fact, all of the five top-scoring countries in the Gallup survey had among the highest income equality, as measured by the Gini coefficient. The U.S., meanwhile had the worst income equality of any of the 29 countries surveyed by Gallup.

Safety also appears to be a factor in how the country’s residents feel about the opportunities for their children. In eight of the 10 countries where residents believed children had the “opportunity to learn and grow every day,” less than 25% of those surveyed felt unsafe walking alone at night.

Ray agreed that the connection made sense. “When you aren’t afraid in your community… when you have law and order at your foundation, people tend to thrive because they aren’t worried about being killed or beaten up… they feel safe.”

Access to quality education likely had an impact on these responses as well. The countries where children were more likely to thrive were more likely to have higher proportions of residents with a tertiary education — the equivalent of a college or technical education. The outcome of that education did not appear to be as much of a factor, considering that test scores varied wildly across the list.

Based on a recent Gallup report, 24/7 Wall St. examined the 10 nations where children had the most opportunities to learn and grow. Surveys used for the report were conducted in 2012. We reviewed other Gallup surveys, including one on safety and one on overall life satisfaction, all for 2012 as well. In addition, 24/7 Wall St. reviewed the United Nations Children’s Fund’s (UNICEF) report, Innocenti Report Card 11, as well as two reports from the Organisation for Economic Co-operation and Development (OECD). One OECD report, PISA 2012 Results in Focus, focused on student achievement, while the other, Education at a Glance 2013, provided information on the education systems in various nations. Additionally, we also considered figures published by the International Monetary Fund (IMF) on GDP growth, GDP per capita (adjusted for purchasing power parity) and population. These figures are for 2013 unless noted and represent estimates. Income inequality data were compiled by the CIA World Factbook, and are for the most recent period available.

These are the countries where children have the best opportunities.