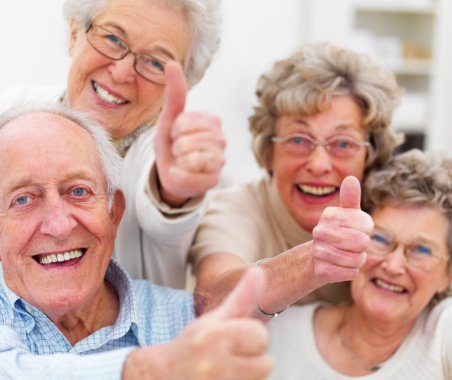 Source: Thinkstock
Life expectancy in the U.S. has risen in the past few decades. While in 1970 life expectancy at birth was 70.9 years, it rose to 78.7 year by 2011. However, most of the developed world is improving faster than this country. And despite the fact that the U.S. spends vastly more per capita on health care than any other country, Americans’ life expectancy is only 26th highest.

Click here to see the countries where people live the longest

As might be expected, residents in countries with higher life expectancy tend to be healthier. In six of the 10 countries, more than three quarters of adult residents surveyed in 2011 reported being in good health, compared to the OECD average of 69%. Residents of countries with high life expectancy also tend to have lower incidence of serious diseases and lower rates of death when they contract these illnesses. The majority of these countries have below-average rates of cancer mortality and diabetes.

Gaetan Lafortune, senior economist of the OECD’s health division, told 24/7 Wall St. in an email, “One of the main factors behind the big rise in life expectancy in OECD countries over the past 20 years or so has been the sharp decline in mortality from cardiovascular disease.”

Indeed, these countries also had lower rates of heart-related illnesses. Switzerland, which had the highest life expectancy, had the lowest rate of cerebrovascular disease mortality, which includes strokes, embolisms, and aneurysms. Japan, which had the second-highest life expectancy, had the lowest rates of deaths caused by ischemic heart disease, which leads to heart attacks.

While rates of cardiovascular disease are on the decline, obesity is reaching crisis proportions. “Obesity is becoming public health enemy number one in most OECD countries. Excess body weight is associated with increased overall mortality due to disorders such as cancer, diabetes, myocardial infarction and stroke,” Lafortune said. In fact, six of the countries with the longest life expectancy have among the lowest rates of obesity.

Of course, a low obesity rate is not necessarily a sign of good health for all countries. India, Indonesia and China had the three lowest rates of adult obesity. Residents in these developing countries also had among the lowest life expectancy in the world as measured by this report.

However, high spending on health care is by no means a guarantee of a long life. Only three of the top 10 spenders per capita are in the top 10 for life expectancy. This is especially true for pharmaceutical spending. Just three of the nations where life expectancy at birth is longest are among the OECD’s 10 largest pharmaceutical spenders per capita.

Affordability and access to care are major factors that may be leading these countries’ residents to longer lives. A high rate of health insurance coverage

Based on data recently published in the OECD’s report Health at a Glance 2013, these are the 10 nations with the highest life expectancy. In addition to reviewing life expectancy data, 24/7 Wall St. also considered figures on subjects ranging from access to medical care, to health spending, and national-level demographics. Much of the data use in the report was collected in 2011 or earlier, including life expectancy at birth, which is as of 2011.

These are the countries where people live longest.