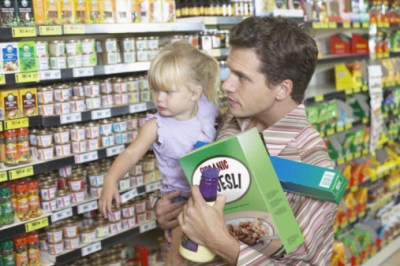 Source: Thinkstock
Customer satisfaction with retailers in the U.S. is at an all-time high, up for the third year in a row. While the industry improved overall, not all retailers received accolades, according to the American Customer Satisfaction Index (ACSI). It was traditional brick-and-mortar retailers that set several customer records, while Internet retailers’ ratings fell sharply — a departure from the trend in recent years.

Despite strong gains in customer satisfaction in recent years, many traditional retailers’ scores remain below the average for their sector. In particular, some of the nation’s largest retailers had among the lowest scores. Based on ACSI data, 24/7 Wall St. examined the companies with the worst satisfaction scores in retail.

In an interview with 24/7 Wall St., David VanAmburg, managing director of ACSI, lower sales for traditional retailers has actually improved customer experiences. “Brick-and-mortar [stores] didn’t have the most exciting holiday shopping period last year” as foot traffic declined and sales growth did not meet expectations. However, this led to customers finding shorter lines and more products in stock, he noted.

Eric Feinberg, senior director of product strategy at consumer experience analytics firm ForeSee, added that brick-and-mortar retailers are adapting to the new retail environment, where customers have far more shopping options than simply visiting a store. “Stores looked bleak last year, and the year before, and they’re coming out of it now. They realize they need to invest in a better customer experience to stay relevant,” Feinberg said.

Declines in online retailer satisfaction were partially the product of high expectations. According to VanAmburg, expectations of internet retail have changed much more than brick-and-mortar stores. “I wouldn’t say its a victim of its own success this year, but certainly, it has some challenges to maintain that high quality experience that customers have come to have very high expectations of,” he said

Some of the companies that failed to impress consumers in 2013 have struggled with customer satisfaction for years. Safeway, which had among the lowest scores among all retailers last year, has underperformed both the grocery store sector and the overall retail industry in customer satisfaction every year for the past 11 years.

For many physical retailers, competition from online alternatives is not their only challenge. The sheer scale of many of the largest retailers makes good customer service harder to achieve. Eight of the 10 retailers with the worst customer satisfaction were also among the top 20 retailers in U.S. sales in 2012, according to the STORES Top 100 Retailers.

Employee dissatisfaction with their employers may also be playing a role with poor customer service. Large retailers often pay their employees fairly low wages, and they offer few benefits and insufficient hours to satisfy workers. As a result, most of these retailers received mediocre reviews from past and present employees, as reported by Glassdoor.com, a jobs and career community website.

To identify the 10 retailers with the worst customer satisfaction, 24/7 Wall St. reviewed the customer satisfaction scores published by the American Customer Satisfaction Index (ACSI) for e-commerce and retail trade companies. Additional information on corporate performance came from the U.S. Securities and Exchange Commission, corporate websites, and the STORES Top 100 Retailers report, published by the National Retail Federation (NRF) using figures from Kantar Retail. We also considered data from ForeSee on customer service, as well as employee-submitted reviews for information on worker satisfaction from Glassdoor.com.

These are the 10 retailers with the worst customer service.