Worst Product Flops of All Time 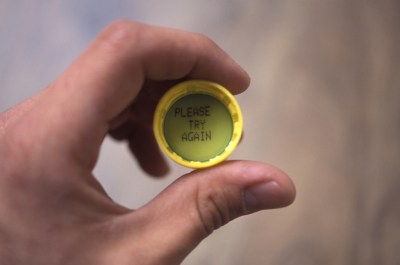 Source: Thinkstock
The larger the company, the greater its capacity for taking risks. While pouring millions of dollars into market research and advertising campaigns can lead to tremendous successes, such ventures can also be a formula for the most miserable failures.

To identify some of the worst product flops of all time, 24/7 Wall St. reviewed products introduced after 1950 by America’s largest companies. To make the list, the company needed to make the Fortune 500 the year the product was released.

Companies often launch new products in response to a competitor’s successful idea. But such products fail if they cannot measure up to the competition or capture consumers’ attention. Microsoft’s Zune was developed in response to successful Apple products. The Zune was harshly reviewed for technical problems consumers had with the device. It also lacked an easy-to-use music store.

Click here to see the worst product flops of all time

Other experiments, such as the McDonald’s Arch Deluxe and Pepsi Crystal, were reinventions of a company’s staple. While there were good reasons to introduce these new products, consumers rejected them almost immediately.

In some cases, companies simply offered a bad product. Frito-Lay’s WOW! chips, for example, were very popular at first but ended up causing such unpleasant gastrointestinal problems that the product became completely unsalvageable.

Some products may have just been ahead of their time. The Newton MessagePad was perhaps the first tablet marketed to consumers, introducing in the early 1990s an idea that became very popular only a decade and a half later. However, Apple had trouble convincing consumers of the value of mobile computing at the time.

These are the worst product flops of all time.