Cars So Hot They Are Out of Stock 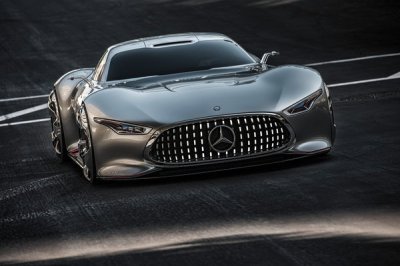 Source: Daimler AG
U.S. vehicle sales reached a six-year high in 2013, with 15.6 million units sold, up from 14.5 million in 2012. Demand for some of the top-selling cars was so high that dealers had trouble keeping them in stock.

While sales is an obvious measure of a car’s demand, another industry measure called days supply can also shed light on a model’s popularity. Days supply approximates the amount of time it takes to sell a vehicle from the moment it leaves the manufacturing plant until a customer buys it at a dealership. Car data site TrueCar.com provided 24/7 Wall St. with a list of the models that sold at least 100,000 units through the first 11 months of 2013 and had the lowest days supply in the United States in November. At the top of the list was the Subaru Forester, which had an average days supply of just 26.7 days.

Click here to see the most popular cars in America

One factor that can drive the popularity of a car is a recent redesign. The majority of the cars with the shortest days supply have been redesigned recently. Among these was the Subaru Forester, which launched its latest redesign in 2013 to immense acclaim. The Forester had the lowest average days supply of any car in the U.S. last year. Toyota’s RAV4 (NYSE: TM) was also updated, and the average days supply fell 30.3%. Eric Lyman, vice president of Editorial and Consulting at TrueCar agreed that a brand new look for a model is “definitely is a factor” in reducing the days supply.

Not surprisingly, sales of many of these hot-selling vehicles have increased significantly in the last few years as demand has risen. Sales of the Toyota RAV4 jumped from 171,875 in 2012 to 218,249 in 2013. The Toyota Tacoma, Ford (NYSE: F) Explorer, and Nissan Sentra all clocked in double-digit sales growth as well, while the Forester’s sales soared by more than 60%.

While days supply is indicative of demand, Lyman explained, it is not necessarily the only reason a car model would have low days supply. “The other variable here is incentives. If you lower the price, you can obviously sell more cars. And that doesn’t necessarily mean you have higher demand.” Lyman noted that the Ford Explorer may be the best example of this. In 2012, Ford offered buyers an average discount of $1,972 per unit. In 2013, Ford increased the value of the offered incentives on the vehicle to an average of $3,283. This was more than $300 higher than the segment average incentive for the year.

To determine the eight cars so hot they’re out of stock, 24/7 Wall St. reviewed days supply figures provided by TrueCar, an information and technology platform targeting car buyers. This figure measures the amount of cars in inventory, divided by the daily selling rate, or the number of cars sold in a day. We only used the list of the models that sold at least 100,000 units through the first 11 months of 2013 and had the lowest days supply in the United States in November. Additionally, TrueCar provided figures on annual sales by model and values for incentives offered by dealers. We also reviewed monthly sales reports released by each carmaker.