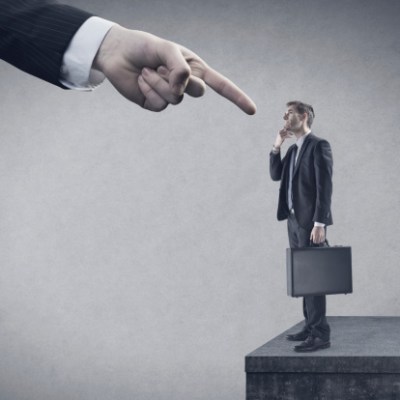 Source: Thinkstock
Americans spend much of their day at work, and more than half of Americans rated their overall work environment poorly last year. Although the number of workers who gave their workplace a positive overall review is up to 48% from an all-time low of 47.2% in 2011, it has yet to recover to past levels of over 51%.

Click here to see the cities with the miserable workers

To determine the best and worst work environments, Gallup surveyed hundreds of thousands of Americans in 189 metropolitan areas in the U.S. in 2012 and 2013. The Work Environment Index included four metrics: job satisfaction; whether employees felt they used their strengths at work; how employees were treated by their supervisors; and whether supervisors created an open and trusting work environment.

How workers were treated by their supervisors was perhaps the most meaningful indicator of a healthy workplace. According to Dan Witters, research director of the Gallup-Healthways Well-Being Index, workers were far more likely to give positive evaluations to other elements of their jobs if they felt treated like a partner at work.

In the cities where people most enjoyed work, residents were more likely to say they learned something new every day, a key measure of emotional health in the Well-Being Index. In the San Luis Obispo metro area, more than 73% of residents said they had learned something new or interesting in the past day, a higher rate than in all but three other metro areas nationwide. The opposite was frequently true in poorly ranked cities, where workers were far less likely to feel they had daily learning opportunities.

Witters also highlighted that a good work environment is often connected to better exercise and eating habits. “Workplaces that advocate and promote high well-being lifestyles can have a very significant influence [on employees],” Witters explained. Simultaneously, “people who exhibit those healthier behaviors are more attractive for a workplace to hire.” For instance, all but two of the 10 best cities for work had smoking rates below the national rate, and just 11.1% of San Jose residents smoked, the second lowest rate in the nation.

At the other end, residents in the nation’s worst cities for work were more likely to smoke and practice other unhealthy behaviors. In Charleston, West Virginia, more than 34% of residents smoked, the highest percentage in the nation.

While not a direct relationship, the health of the job market can affect workplaces. For instance, the recession and constant daily layoffs has created stressful work environments overall and therefore also impacted workers with a job. In some cases, when it is harder find a job, “you’ll see [some] supervisor-worker relationships erode, and suffer, as a result of that shifted power arrangement.”

Median income and educational attainment rates might be expected to have substantial effects on workplace evaluations, but that was not always the case. In several instances, respondents from relatively poor areas overwhelmingly approved of their jobs, while residents of wealthier areas were often likely to give poor assessments.

According to Witters, this is due primarily to the weight a supervisor carries in determining the quality of a work environment. If you have a bad supervisor, your work experience will be poor regardless of the level of your education and financial situation.

To identify the best and worst cities for work, 24/7 Wall St.reviewed the metropolitan areas with the best and worst scores on the Work Environment Index, part of the Gallup-Healthways Well-Being Index. The Gallup-Healthways Well-Being Index assessed 189 metropolitan statistical areas. The Work Environment Index is one of five subindices included in the groups’ overall score. The index measures workplace happiness for the U.S., states, metropolitan areas and occupations, based on answers to four questions.In addition to these figures, we also considered income, poverty and educational attainment data from the U.S. Census Bureau, all from 2012. Local, seasonally adjusted unemployment rates, current as of December 2013, are from the Bureau of Labor Statistics.

These are the cities with the most content and miserable workers.