Ten States With the Most Fraud Complaints 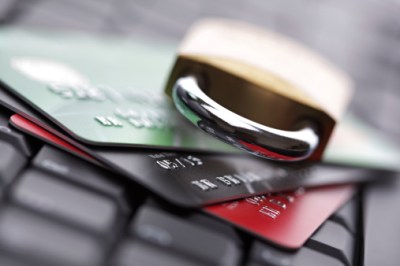 Source: Thinkstock
Fraud and scams cost Americans more than $1.6 billion last year. According to a report from the Federal Trade Commission (FTC), there were more than 2 million cases of fraud in 2013, down slightly from the previous year.

Complaints were separated into three main categories: identity theft, fraud and other complaints. Identity theft was the most common, accounting for nearly 300,000, or 14%, of all incidents. Filing false government documents, like tax forms and applications for government benefits, was the most widespread form of identity theft.

According to David Torok, director of the FTC’s Division of Planning and Information, “people are using consumers’ identities in order to try and obtain a tax refund without them knowing it.” One motivating factor is that “people are getting away with [it].”

Debt collection complaints, such as aggressive practices or factual misrepresentations, were the most common complaint after identity theft. These complaints occurred most often in Florida, where 18% of all reports, or 28,212, were in this category.

Because the recession placed people under considerable financial pressure, it may have made them easier targets for fraud. In an interview with 24/7 Wall St., John M. Simpson, consumer advocate at Consumer Watchdog, said, “If you’re in debt, you’re desperate, and so you might try anything.” Highly indebted individuals may be more likely to suspend their disbelief and fall victim to a scam, Simpson noted. They may even be desperate enough to engage in fraud themselves.

In many parts of the country where consumer fraud is especially high, residents have struggled to stay in their homes. In fact, nearly all the states with the most fraud cases per capita had among the nation’s highest foreclosure rates, another factor that may contribute to people’s desperation.

Older Americans may also be more vulnerable to fraud. “The elderly are quite frequently victims of fraud,” Simpson said. This may explain why “Florida — which has got a lot of old folks — leads the list in complaints,” he added. In all, Florida had nearly 1,000 complaints per 100,000 residents.

According to the FTC, however, “Americans of all ages are vulnerable to identity theft.” In fact, more than a third of all victims were under 40 years old, while just 27% of victims were at least 60 years of age.

To identify the 10 states with the highest incidence of fraud, 24/7 Wall St. reviewed data from the FTC’s Sentinel Network Data Book, which compiles the total number of fraud complaints for each state. These complaints are divided between identity theft and a second category, which includes all other kinds of fraud. 24/7 Wall St. combined the total complaints of fraud per 100,000 people in each of these categories. We also reviewed data on consumers’ average auto, credit card, mortgage and student loan debt, provided by Credit Karma for January 2014. Figures on income and home value are from the U.S. Census Bureau for 2012. Unemployment figures represent annual averages for 2013 and are from the Bureau of Labor Statistics. Foreclosure figures are from RealtyTrac and also for 2013.

These are the states with the most fraud complaints.