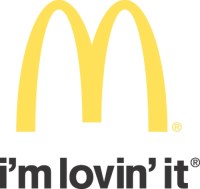 Companies that are struggling may have declining fundamentals, such as revenues and earnings. Ultimately, however, it is the market that determines how well, or poorly, a company is run. All of the eight businesses identified by 24/7 Wall St. as America’s worst run companies declined in three key measures — earnings per share, revenue, and share price — in the last year.

In order to be considered truly poorly run, a company must have a track record of missed opportunities, mismanaged risks, poor operational decisions, or executive malfeasance. In short, a company must demonstrate a pattern of decision making that calls into question the ability of its management and directors to adequately provide returns to shareholders.

While the U.S. stock market has enjoyed a rally in the past five years, the worst run companies reviewed by 24/7 Wall St. failed to match the S&P 500 rise of 82% during that time. Some of these companies have actually lost market value over that stretch. Avon Products (NYSE: AVP) is the most notable example. Avon’s share price tumbled nearly 74% over the last five years, as its China business transformed from a huge growth opportunity into a boondoggle.

Some of the poorly managed companies have missed opportunities on which others capitalized. Among the best examples is McDonald’s (NYSE: MCD), which did not follow fast-casual rivals in creating a menu that was simplified and customizable. GameStop (NYSE: GME), too, missed a major opportunity to make a name for itself in digital distribution for video games, a market that game maker Valve entered over a decade ago when it launched Steam.

In other instances, companies have made poor operational decisions. An example is the slow pace at which Staples (NASDAQ: SPLS) has closed locations. Staples built an online business without adequately downsizing its brick-and-mortar locations, even though sales did not justify the large number of stores.

In some cases, management decisions may not have had shareholders’ best interests at heart. Freeport-McMoRan’s (NYSE: FCX) acquisition of two oil producers in 2012 immediately raised questions of self-dealing and led to a shareholder lawsuit. The lawsuit alleged that, with six board members holding seats on one of the companies involved, Freeport directors were effectively using company funds to bail out their own investment.

Many of these companies are not without hope. McDonald’s could outperform if it is able to again draw in customers with an improved menu. Mattel (NYSE: MAT), too, might surge if kids rediscover the appeal of Barbie. And IBM (NYSE: IBM) may rise if the company becomes more competitive in cloud computing.

In order to determine America’s worst run companies, 24/7 Wall St. reviewed all S&P 500 stocks that declined in the past year. We then screened for companies where the trailing 12-month revenue and diluted earnings per share had declined from the year before. 24/7 Wall St. editors then reviewed this list for companies that had missed major opportunities to expand, made operational choices that undermined their financial performance over a multiyear period, or whose managers and directors failed to adequately serve shareholder interests. Figures on revenue and diluted EPS, as well as industry classifications, are from S&P CapIQ. One-year share price data, also from CapIQ, is as of December 8, 2014.

These are America’s Worst Run Companies