8 States Running Out of Water 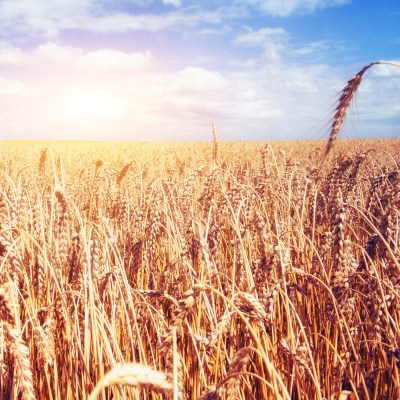 Source: Thinkstock
While drought conditions have improved in many regions of the United States, higher than average summer temperatures and patchy rainfall over the summer has contributed to one of the worst wildfire seasons on record. There are currently at least 60 large fires burning across the country. So far this year, more than 8 million acres have been destroyed by fire, a level of devastation seen in only six other years since 1960.

It is the fourth consecutive year of drought for most of the western United States. The dry summer has raised particular concern about California, where 46% of land area is in a state of exceptional drought conditions — the worst level of drought — up slightly from the already especially bad drought level in the spring. This was the highest such share nationwide and the kind of water shortage that happens only once a century.

Click here to see the eight states running out of water.

According to a study by the National Aeronautics and Space Administration (NASA), “Droughts in the U.S. Southwest and Central Plains during the last half of this century could be drier and longer than drought conditions seen in those regions in the last 1,000 years.”

Based on the most recent drought levels estimated as of the week ended September 1 from the U.S. Drought Monitor, 24/7 Wall St. identified the eight states with the most widespread severe to exceptional drought conditions. During periods of severe drought or extreme drought, crop or pasture losses are likely, and water shortages and restrictions are common. During times of exceptional drought, these conditions are intensified and water shortages are considered water emergencies.

In an interview with 24/7 Wall St., Brad Rippey, agricultural meteorologist with the U.S. Department of Agriculture (USDA), said, “Where people live and where the precipitation falls are two completely different areas.” Consequently, states rely on a range of water sources, and water needs to be transported to meet water demands in each state.

While Great Plains states rely heavily on groundwater, the western part of the country relies more heavily on surface water, which depends on precipitation and is replenished each year primarily by the spring thaw. Snowpack levels, therefore, are very important for water supplies.

The U.S. climate is also highly variable, which means wet seasons in different parts of the country occur at different times during the year. For large swathes of the nation, the wet season is primarily in the early spring. Across the Great Plains and southward, on the other hand, the wet season typically peaks during May, June, and July. In June, because of extended rainfall, the country experienced a one-year low in drought levels nationwide. Unfortunately for many of these states that experienced severe flooding during the wet season, conditions have deteriorated again. “It is a bit ironic that some of these western Gulf Coast region areas like eastern Texas had the worst flooding in at least 25 years just three months ago, but they’ve had hardly a drop of rain since, so they’ve slipped back into drought fairly quickly,” Rippey said.

The ramifications of such severe drought conditions for these states and for the nation are manifold. In California alone, the drought has resulted in the loss $900 million in crop revenue and $350 million in dairy and live stock revenue.

Beyond the economic impacts, municipal cutbacks and water restrictions have a tangible impact on individuals living in these areas. In addition, “Things have gotten worse particularly in the interior,” Rippey said. “They didn’t get [a spring rainfall] this year — it has been very hot, very dry, on top of lack of snowpack. For that reason, we had a couple million acres burned due to wildfires across the northwest. A really devastating wildfire season, especially for the northwest.” As of the middle of August, California, Idaho, Montana, Oregon and Washington — states with the worst drought conditions in the nation — were reporting at least five large active fires each. In Montana and Washington, there are 14 fires, trailing Idaho, that are at least 16 large fires raging across the state.

On the bright side, Rippey noted that the current drought in California is approaching the level of drought experienced in the late 1970s — the last time such drought levels affected the state. This time, reservoirs are at higher levels than they were in the 70s, and water consumption is lower. It appears that people are more conscious of the situation, and there may be ways for state officials to adjust to the problem.

These are the eight states running out of water.