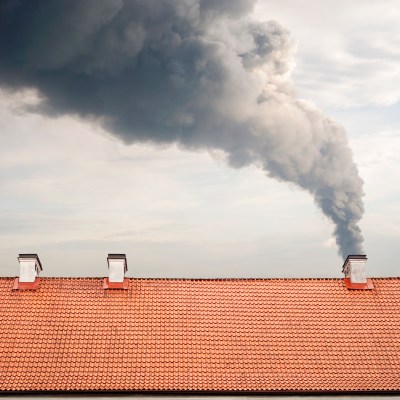 Source: Thinkstock
According to data released earlier this year, the United States consumes approximately 97 quadrillion British Thermal Units (Btu) annually, behind only China in total use and equal to nearly one fifth of the world’s total consumption.

This value is still more staggering when it becomes clear that even relative to the size of our population, the country burns through more electricity and fuel than all but a handful of nations. With close to a fifth of the world’s total energy consumption, the U.S. accounts for less than 5% of the world’s population. Regional differences also mean that some parts of the country are an even bigger drain on the nation’s energy supply. While the U.S. consumes 306.9 million Btu per capita, Wyoming consumes more than 900 million Btu each year per person.

While we often think of the nation’s homes and businesses as the biggest draw on the country’s electricity and fuel, that usage is dwarfed by manufacturing and other industrial uses. Residential use accounts for slightly more than 21% of total U.S. energy consumption, compared to nearly one third of total energy pulled for industrial purposes.

A major part of the U.S. industrial energy use is from energy-producing states. In an email to 24/7 Wall St., U.S. Energy Information Administration (EIA) State Energy Profiles expert Allen McFarland explained that “It tends to take a lot of energy to produce energy.” Operating mines and transporting and processing raw materials requires a great deal of fuel and electricity. The 10 states consuming the most energy accounted for 46.6% of the country’s entire energy production.

This also explains why the states that use more energy are the states that produce the most energy. Wyoming, the biggest per capita energy user of any state, is also the biggest coal-mining state in the U.S. Wyoming’s per capita energy use is just under 200 Btu, which is more than New York state uses per person for industrial, residential, commercial, and transportation purposes combined.

Energy prices are exceedingly low in the states consuming the most energy. All but one of the 10 states with the highest energy use per capita are also among the 15 with the lowest prices per Btu. Prices are likely low in these states, explained McFarland, because they are rich with natural energy-producing materials like coal, petroleum, and natural gas. Importing these materials to generate electricity, heat homes and businesses, and fuel vehicles can be expensive, and these states have the luxury of using the materials extracted locally, which drives down costs.

One possible explanation for this relationship may be that state residents and businesses are taking advantage of cheaper energy. “Cheaper energy may have some influence on consumption.” McFarland explained, although he added that the relationship was unclear, and was more apparent on the side of states that use less energy. “From what I can tell… more expensive energy tends to have a bigger impact on behavior. States like California and Hawaii have promoted energy conservation in response to high prices.”

One additional factor that could be driving up use in these states, Added McFarland, is climate. While the energy requirements for space heating has declined in recent years due to improvements in technology, it still accounts for more than 40% of total energy consumption in the country.

Not surprisingly, eight of the 10 states with the highest energy are in cold-weather climates, including Alaska and North Dakota. “Weather … has a major impact on residential sector consumption.” Added McFarland. Cold temperatures tend to have a bigger impact than warm ones. It takes more energy to heat a house from 30 degrees Farenheit to 70 degrees Farenheit than to cool it from 90 degrees.”

These are the states consuming the most energy.