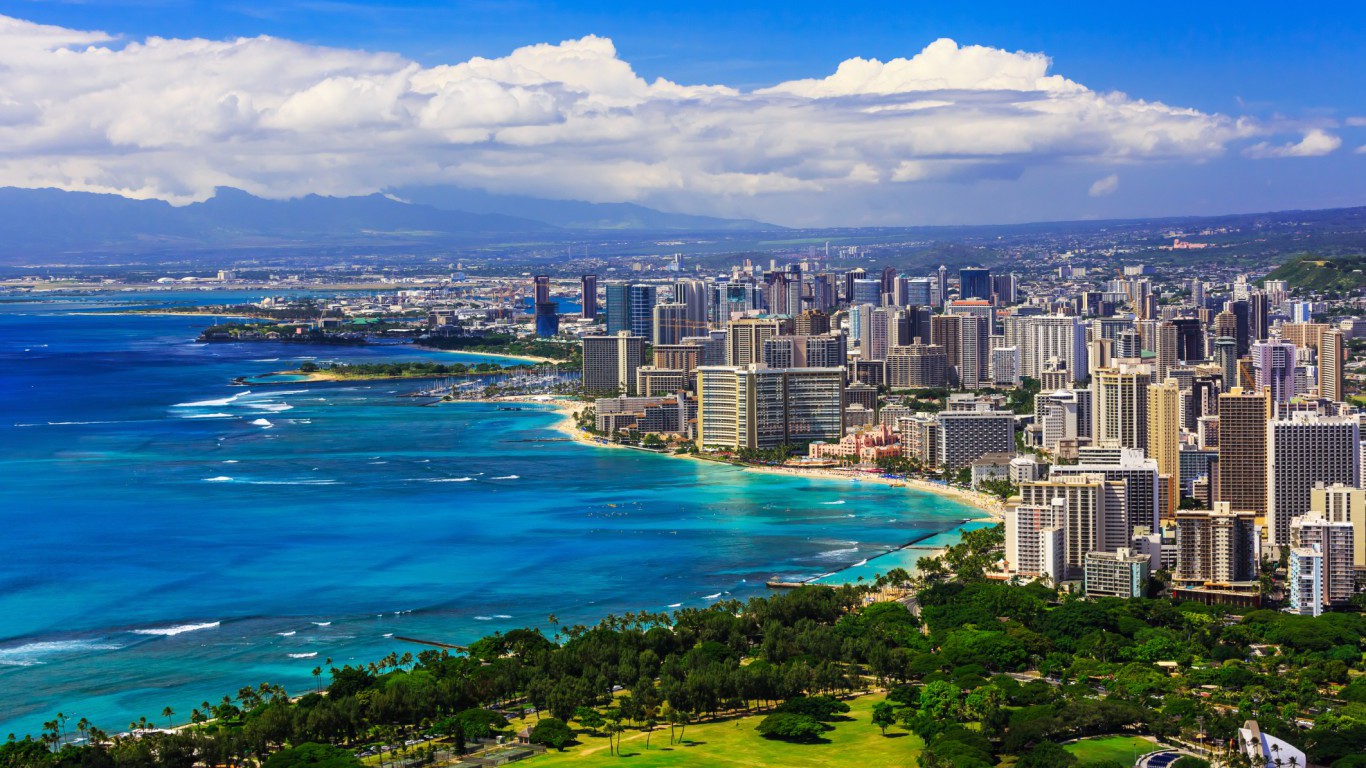 The birthplace of President Obama, Hawaii is perhaps the bluest state in the country. Obama received 71.0% of state votes in the 2012 election, the highest share from any state. While Honolulu County is the most Republican county in Hawaii, Obama still received 68.9% of county votes — higher than in most places in the country. Democratic leanings in Honolulu County go beyond the state’s admiration for Obama. In the last five House elections, only one Republican has won a seat within the two congressional districts that cover Honolulu County. 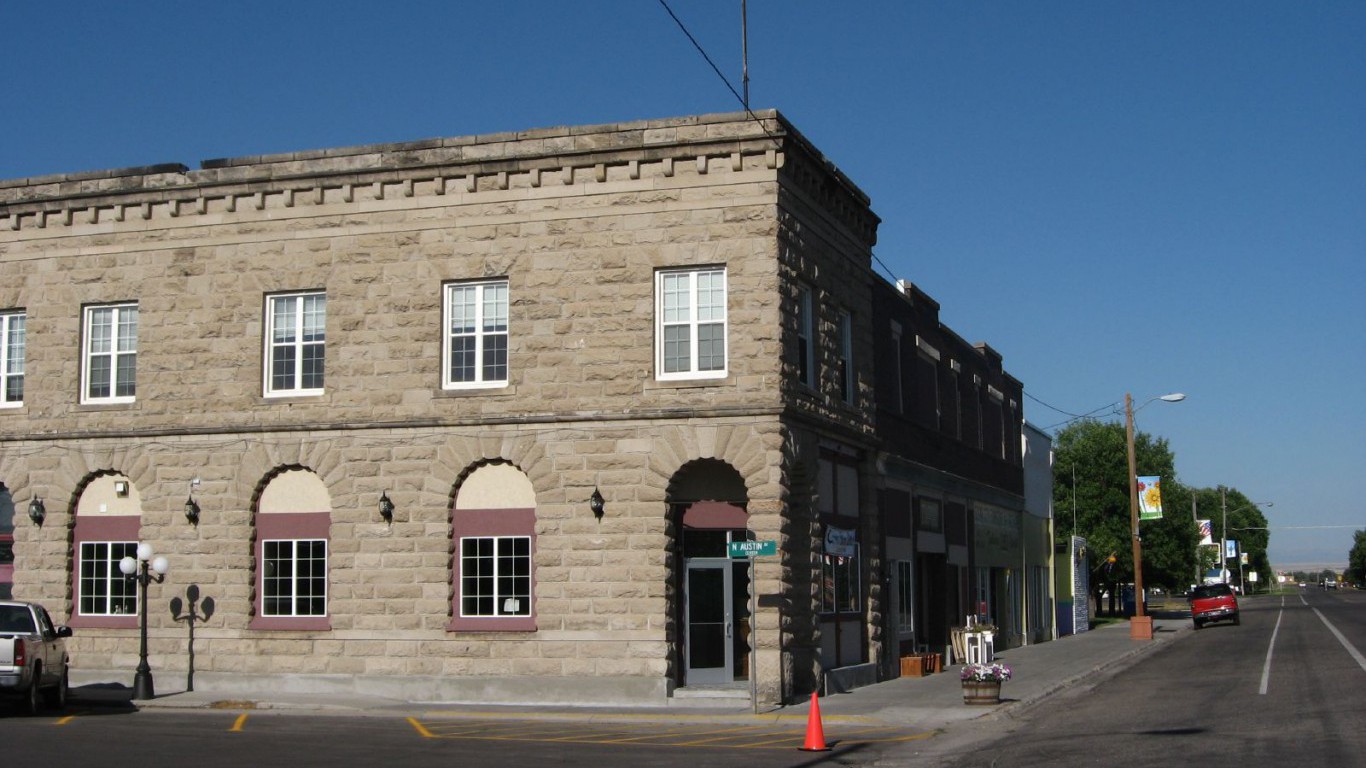 Romney received 65.0% of the Idaho popular vote in 2012, making it one of the most Republican states in the country. In Madison County, the reddest county in Idaho, election results were even more decisive, with 93.3% of the votes going for Romney — the highest share in Idaho and the second highest share nationwide. The county’s relatively large Mormon settlement helps explain the overwhelming Republican majority in the area. Religious voters in general and Mormons in particular tend to lean right. 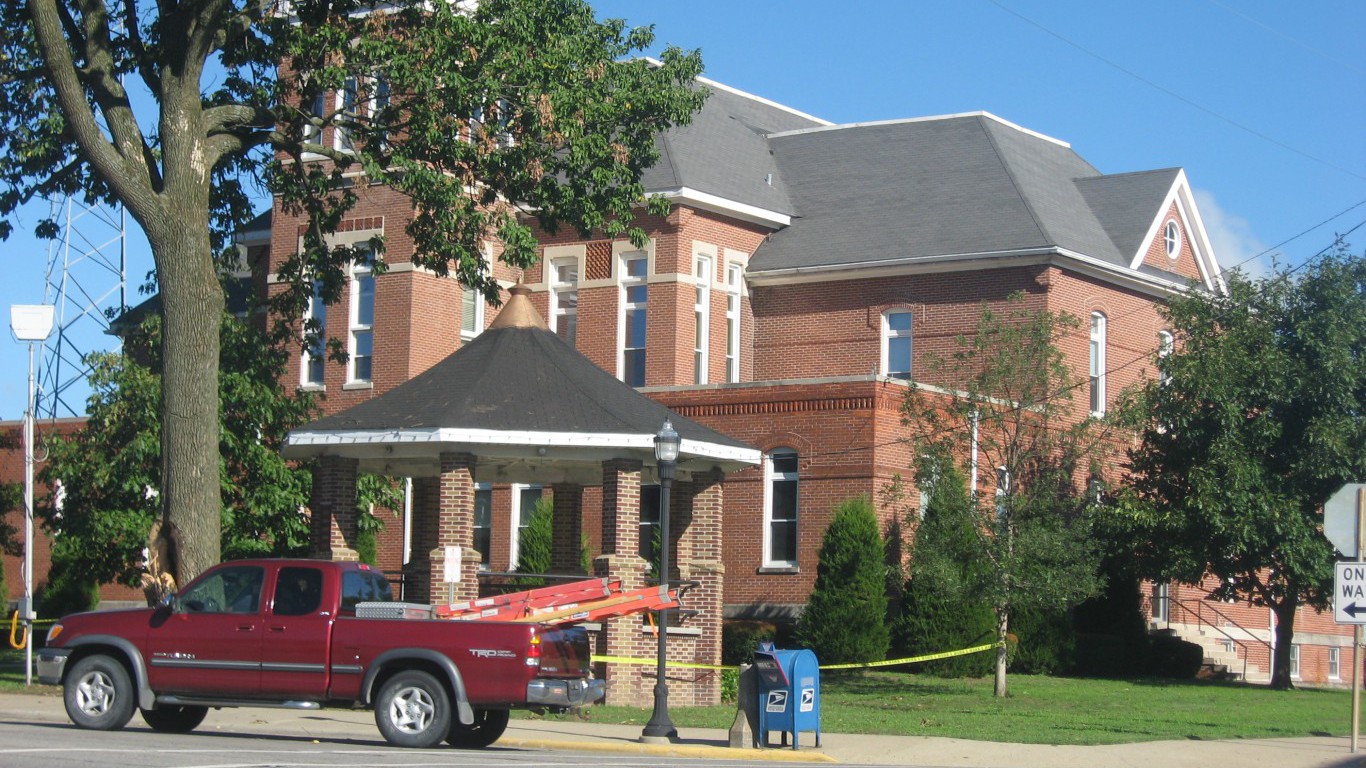 Obama started his political career in Illinois as a political organizer, later going on to win election to the Senate by the largest margin in Illinois history. However, admiration for Obama is not ubiquitous across the state. In 2012, just 19.7% of Wayne County voters voted for Obama, while 78.0% of voters favored Romney. As is the case in many other Republican-leaning areas, the vast majority of Wayne residents are white. Approximately 97% of Wayne residents identify as white, far higher than the 62.8% national average and in stark contrast with the minority of residents who identify as white in Illinois’s bluest county, Cook. 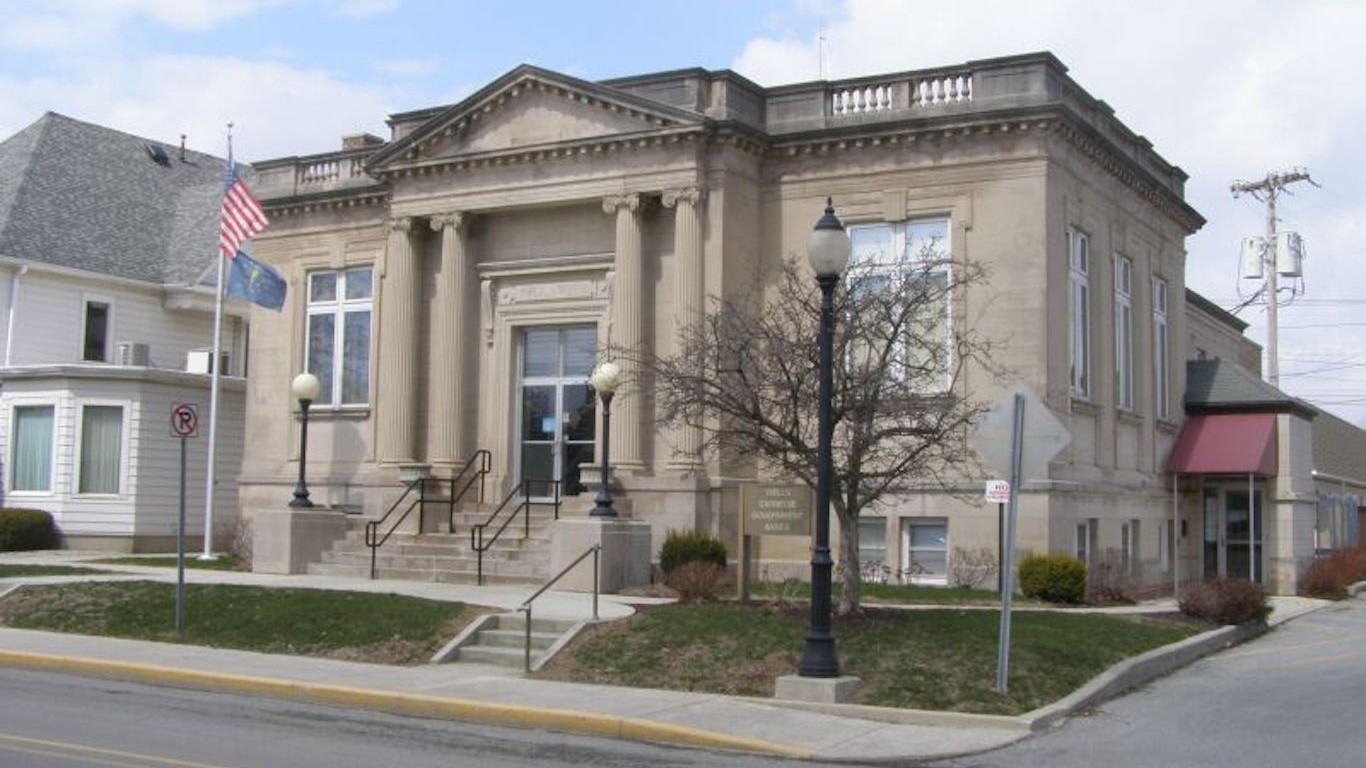 In Indiana, 54% of votes went to Romney and 44% went to Obama in 2012 — one of the tighter election margins in the country. However, not all parts of the state were so politically divided. Approximately 72% of votes in Wells County went to Romney, the highest share of any Indiana county except Kosciusko and Daviess counties. Unlike other counties, however, Wells County is represented by the state’s 3rd district, a seat held by Republican Rep. Marlin Stutzman since 2010. Minorities, who typically provide a significant portion of Democratic election support, make up a very small share of Wells County residents and this may partially explain the strong Republican outcome. Approximately 96% of county residents identify as white compared to 62.8% of Americans nationwide. 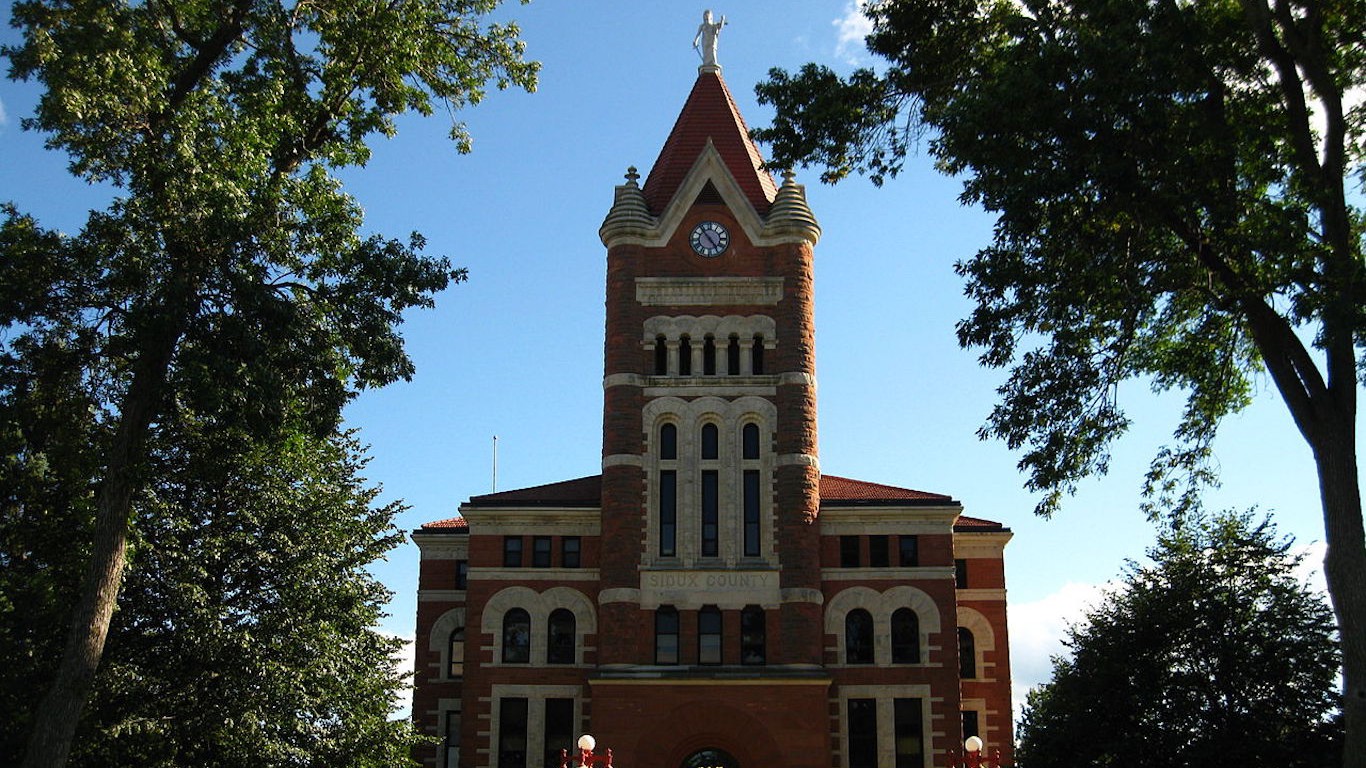 Iowa had one of the smallest margins in the 2012 election, with the respective shares of votes for Romney and Obama differing by just 6 percentage points. Not all parts of the state were as politically balanced. In Sioux County, 83.6% of voters cast ballots for Romney, the highest share in Iowa. In addition to voting for a Republican presidential candidate, Sioux County has helped elect a Republican to the House of Representatives in each of the past five congressional elections.