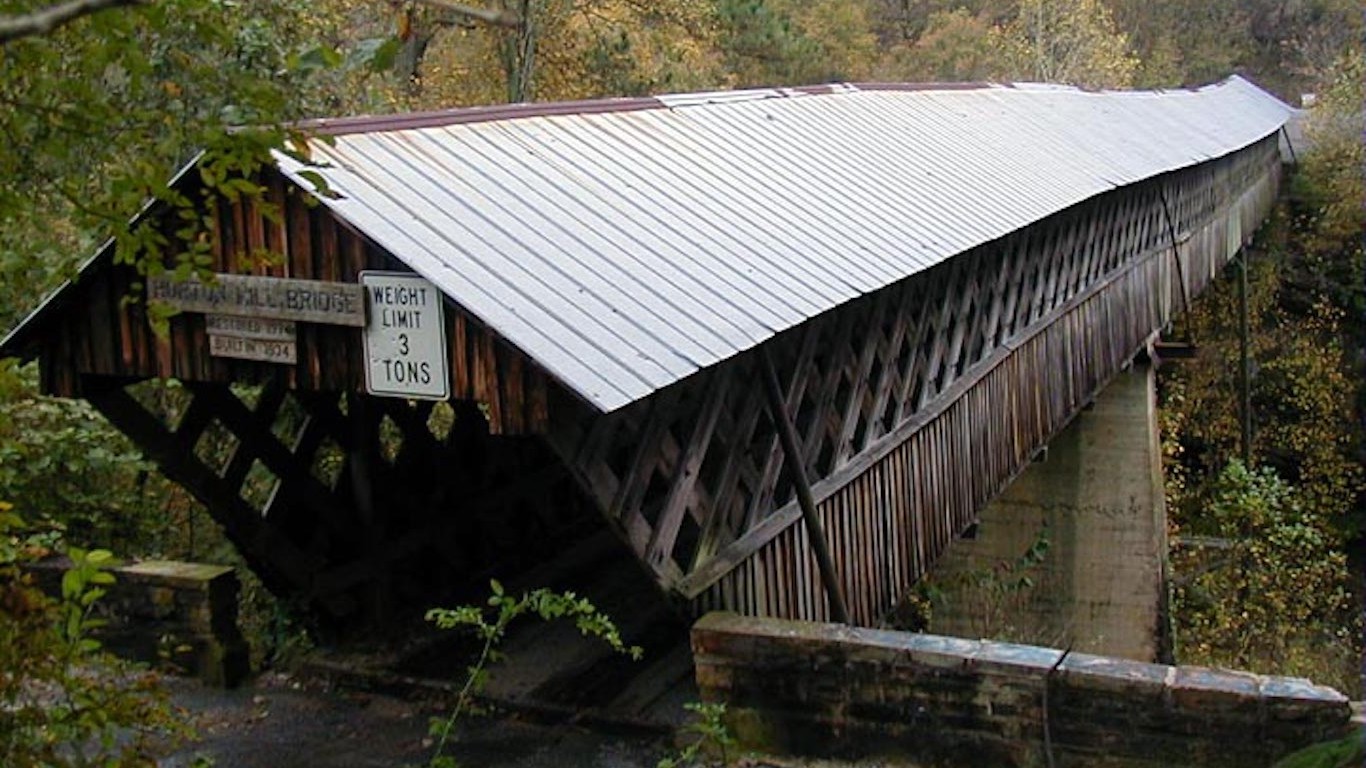 Blount County is the reddest county in Alabama. In 2012, more than 86% of voters cast their vote for Romney, the highest share of any county in Alabama. In addition, county residents are represented in the House by the 4th and 6th Congressional Districts, both of which are held by Republicans. As with other predominantly Republican-leaning counties, Blount County residents are also poorly educated, with only 12.3% of adults attaining at least a bachelor’s degree, a smaller share than the 29.3% of American adults with such a degree. 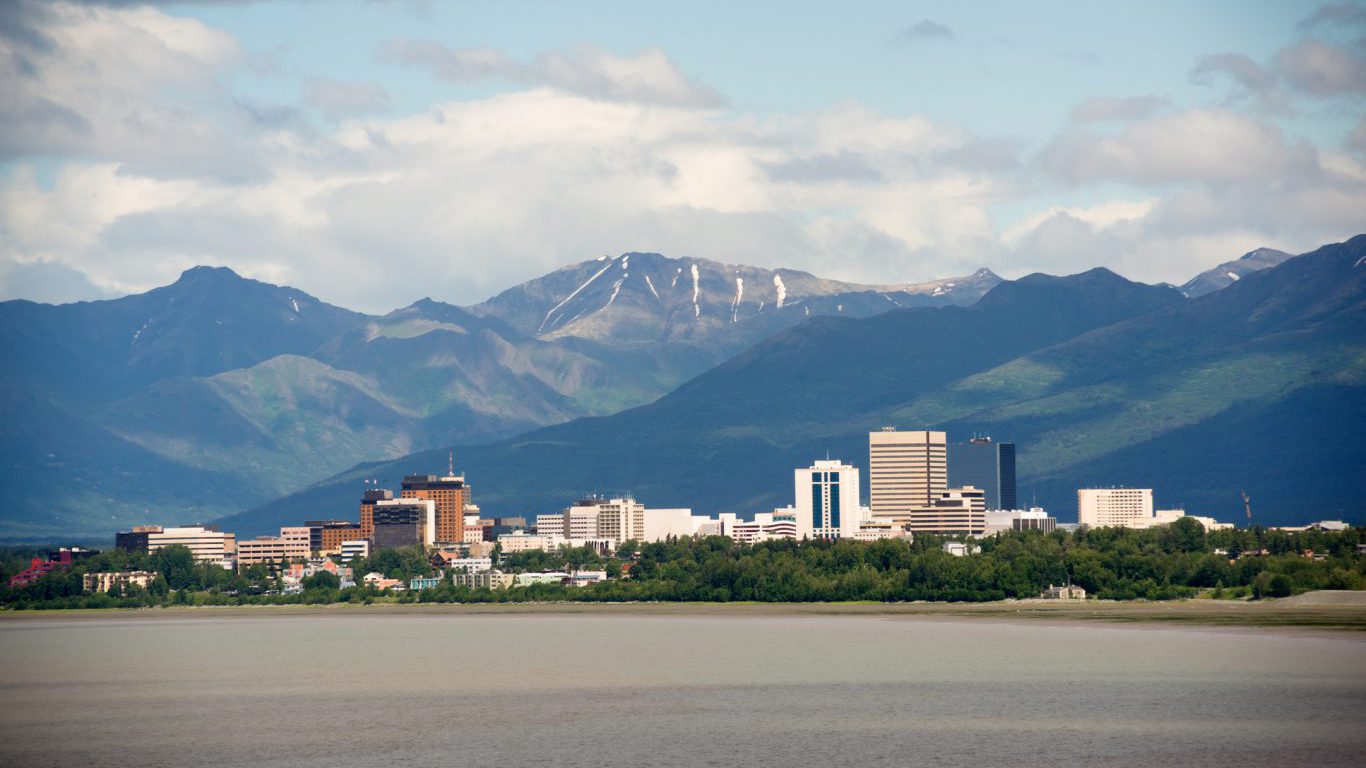 Data for Alaska counties is not sufficient to identify the most or least Democratic area in the state. However, Alaska residents as a whole trend conservative. A majority of eligible residents in the state voted for Romney in 2012, and all three members of Alaska’s congressional delegation are Republican. 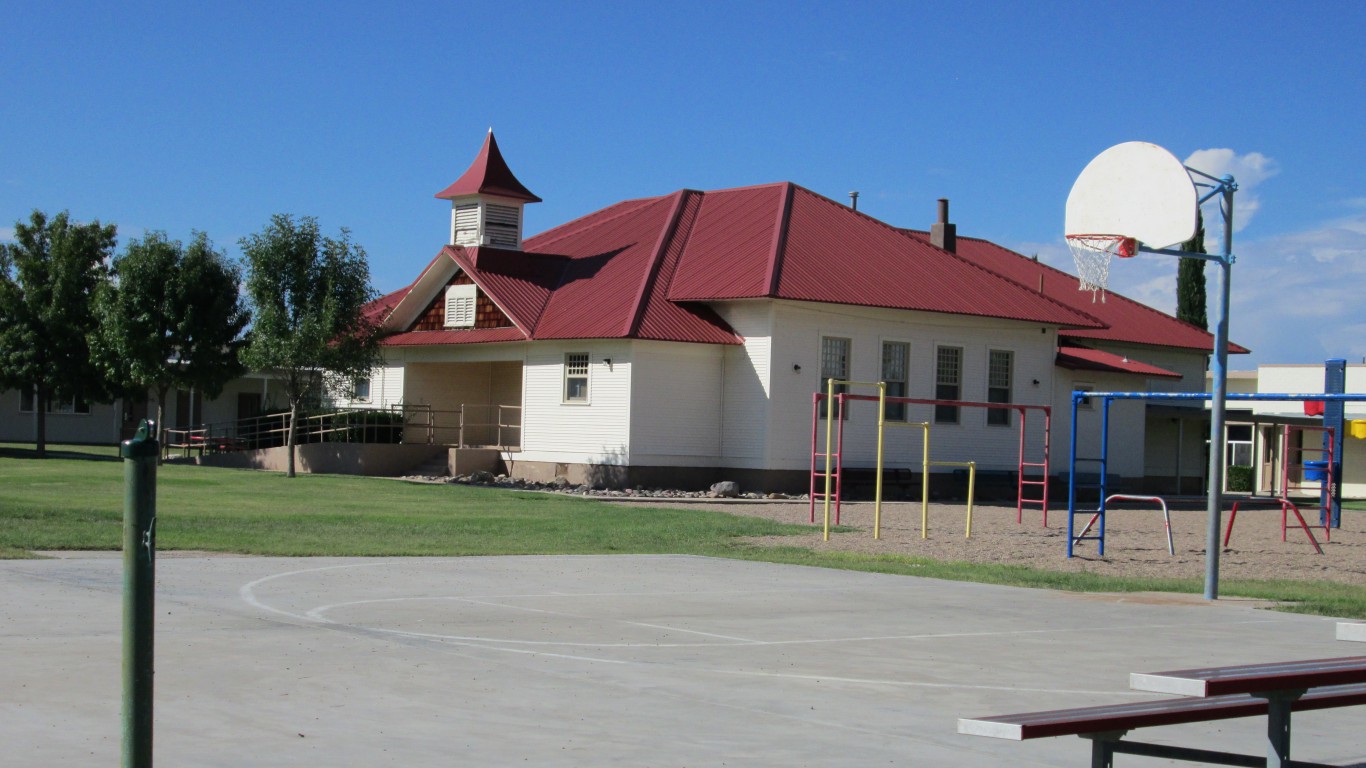 Romney won 60.7% of the 2012 votes cast in Cochise County, the sixth highest share of any county in Arizona. While voters in a number of other counties in the state cast higher shares of votes for Romney than Cochise county, those counties have not enjoyed the same level of Republican representation in Congress. The state’s 2nd District, which includes Cochise County, has been represented by a Republican in four of the last five congressional sessions. Both of Arizona’s senators have also been Republicans over that time. 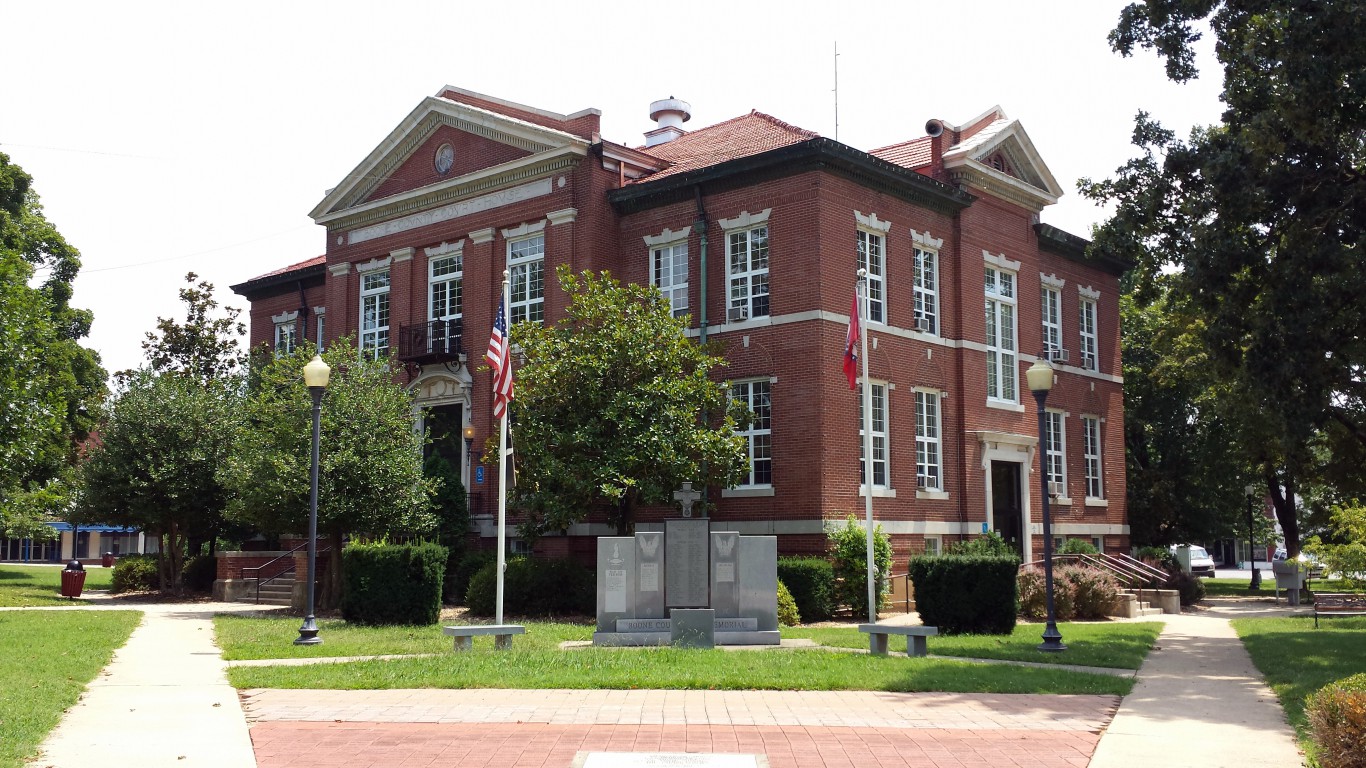 Romney won 72.5% of the 2012 votes cast in Boone County, contributing to its rank as the reddest county in Arkansas. Adults in Republican-leaning counties tend to have lower educational attainment rates than residents of blue counties. Boone County is no exception. Just 15.1% of adults have at least a bachelor’s degree, nearly half the share of American adults with such a degree. 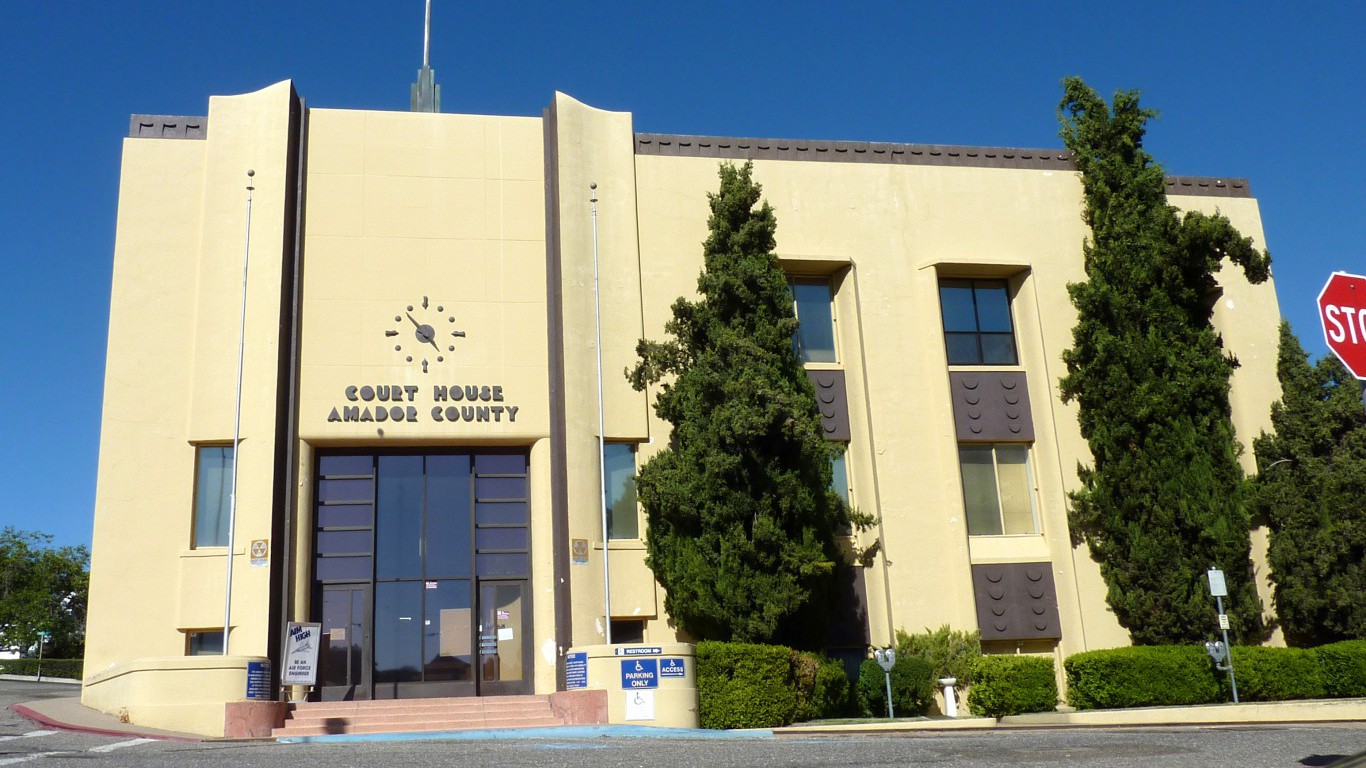 Amador County is a Republican stronghold in a predominantly blue state. While nearly 60% of California voters cast their ballot for Obama, only 40% of voters in Amador County voted for the president. The county is represented by Rep. Tom McClintock of the 4th District, one of just 14 Republicans representing the state’s 53 congressional districts. Both senators — Dianne Feinstein and Barbara Boxer — are longstanding Democrats.