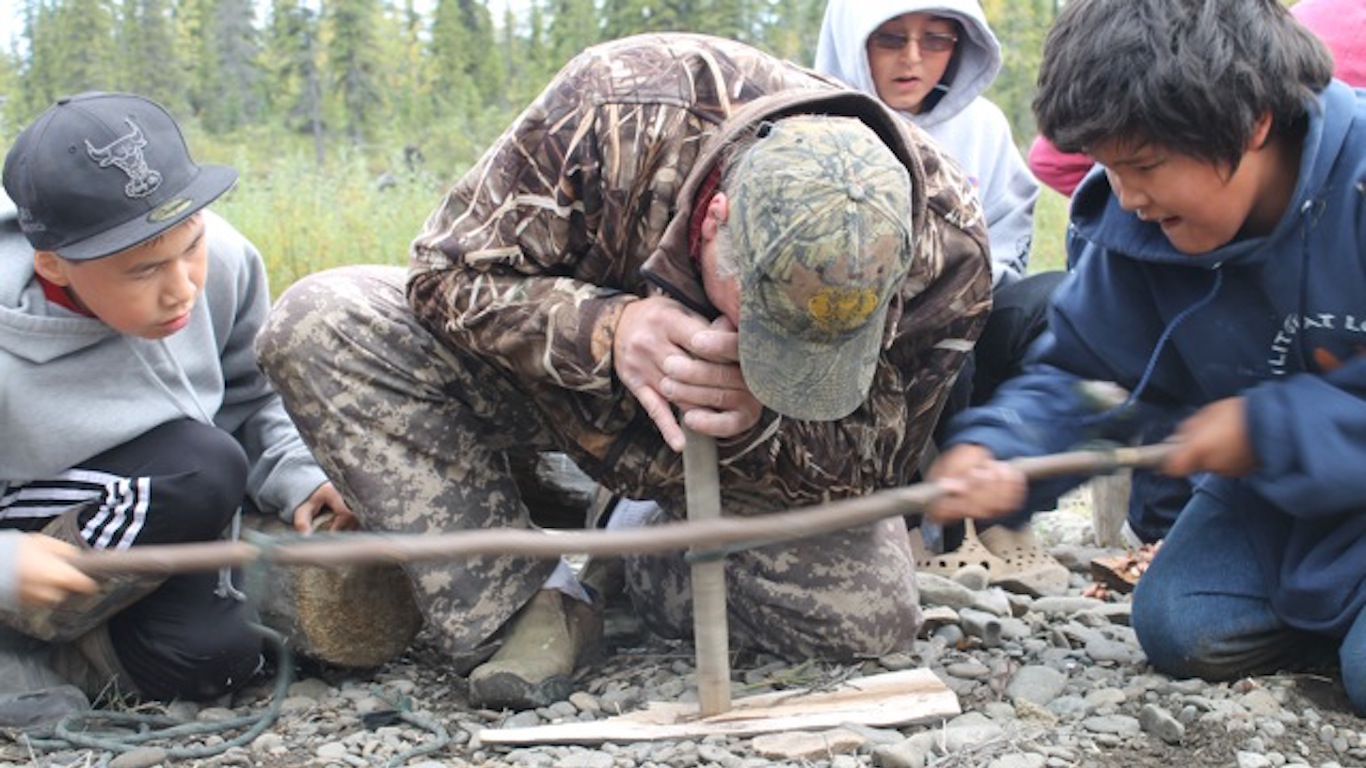 Many school districts in Alaska have to spend more for basic services, such as heating and electricity, solely because of geography and climate. The Bering Strait School District is no exception. The average daily temperature drops below 40 degrees fahrenheit nine months out of the year. Due in part to extreme weather driving up costs, the district spends $34,352 per student per year, more than all but half a dozen other U.S. school districts.

Incomes are relatively low in the Bering Strait School District. As a result, area schools are primarily funded by the state and by the federal government. Only 4.2% of the district’s revenue comes from local sources. In stark contrast, districts nationwide derive an average of 44.7% of revenue from local sources. 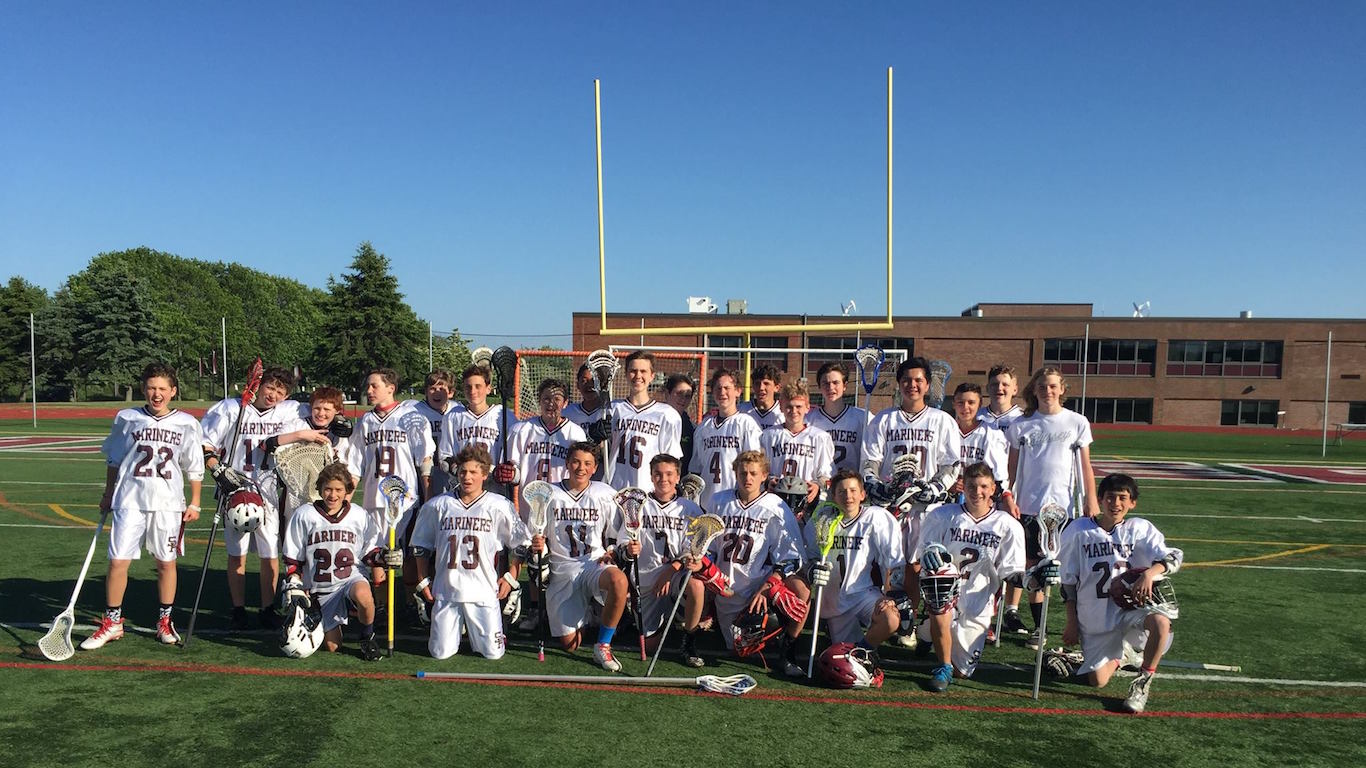 Located on the south shore of Long Island, Southampton is a relatively affluent community that spends a great deal on public education. The typical area household earns $88,239 a year, roughly $35,000 more than the typical American household. With higher incomes, the school district has a strong tax base to draw from. The Southampton district spends $34,704 per student annually, more than three times the average amount spent across public schools nationwide. Slightly more than 86% of the district’s revenue comes from local sources, nearly double the proportion the typical American district collects from local coffers.

Earlier this year, the district’s superintendent, Dr. Scott Farina, stepped down from his post amidst public scandal, including multiple allegations of financial misconduct. 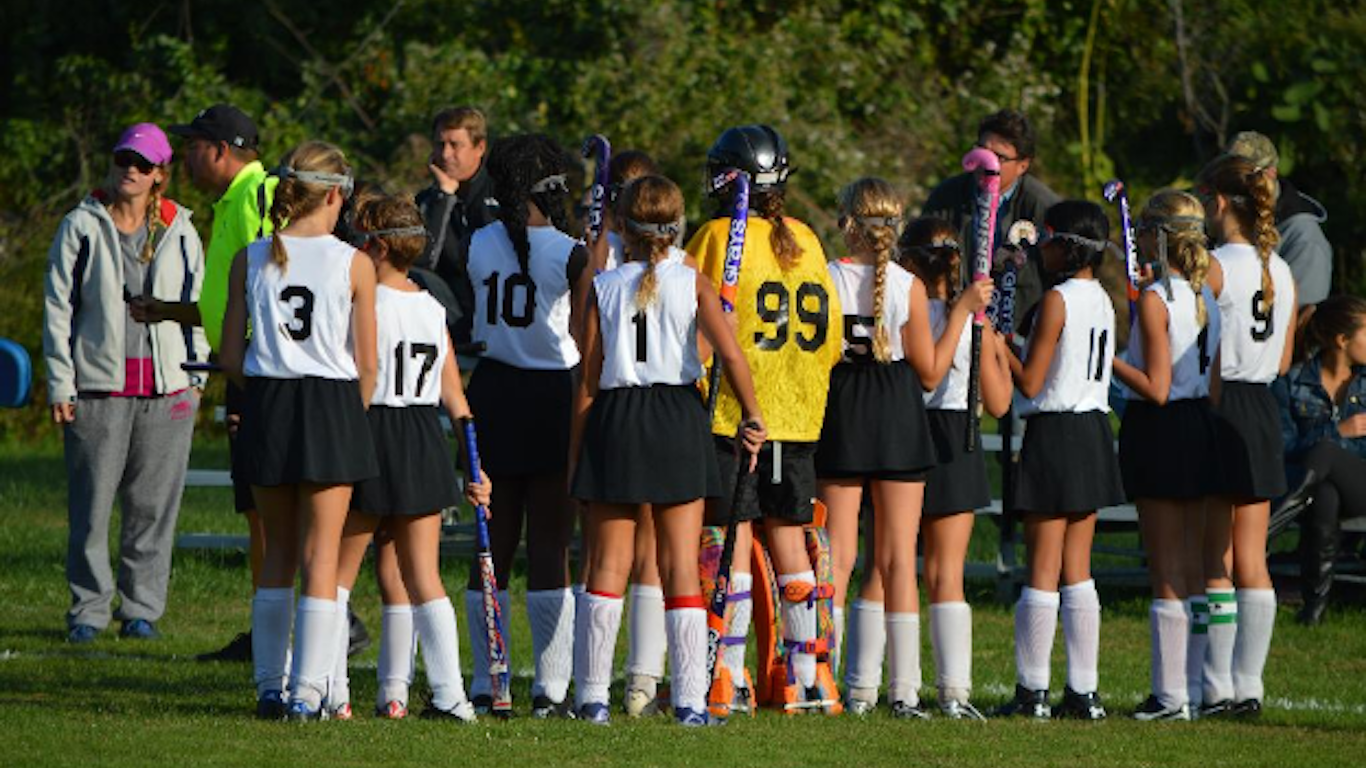 The Montauk Union Free School District spends $35,821 per student per year, more than all but four other school districts nationwide. Like many other New York school districts with similarly high per pupil budgets, Montauk has an exceptionally strong tax base. The typical area household earns $73,000 a year, nearly $20,000 more than the typical American household.

Partially because of the area’s relative affluence, the district receives a relatively small share of its funding from state and federal coffers. Less than 1% of district revenue comes from the federal government and only 6.3% comes from the state. Nationwide, districts receive an average of 8.6% of their revenue from the federal government and 46.7% from their respective state.