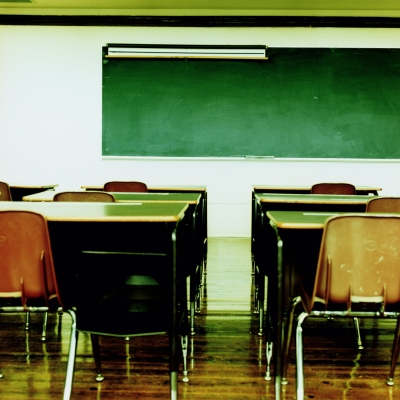 Source: Thinkstock
Many factors determine the quality of education in a particular state, including federal, state, and local funding levels, the curriculum, and teacher and staff quality. A district’s wealth, however, is often a very good indicator of how well the area’s students are likely to perform.

Click here to see the richest school districts in America.

Click here to see the poorest school districts in America.

The poorest districts pull in relatively scant funding from local sources, but this does not mean these districts are necessarily underfunded. In fact, half of the 10 poorest districts spend more on average than the national average per pupil spending. This is largely because state and federal funding, which is often targeted to economically disadvantaged areas, can make up much of the difference.

Policymakers cite to the importance of funding for student achievement. But the districts that receive large state and federal funding to make up for low local sources, primarily property taxes and parent contributions, highlight the fact that funding is often not enough to make up for the inequalities in a region that lead to poor achievement.

Sterling Lloyd, senior researcher with national education newspaper Education Week, explained that the relationship between funding and achievement is a complex and controversial one. “There’s no consensus in the research about the precise role of school spending for student achievement. It’s a perennial debate. You can find studies that indicate there is a relationship between funding and student achievement, and you can find studies that say there isn’t a relationship.” Sterling added that in addition to family poverty, policies related to teacher quality and spending can also make a significant difference.

To identify the richest and poorest school districts in America, 24/7 Wall St. reviewed the districts with the 10 highest and 10 lowest median household incomes among the 9,627 U.S. school districts serving at least 250 students from the U.S. Census Bureau’s American Community Survey (ACS). School spending figures, which do not include private education spending, are as of the end of 2013 and come from the U.S. Census Bureau’s Survey of School System Finances. Graduation rates come from National Center for Education Statistics (NCES)

These are the richest (and poorest) school districts in America.