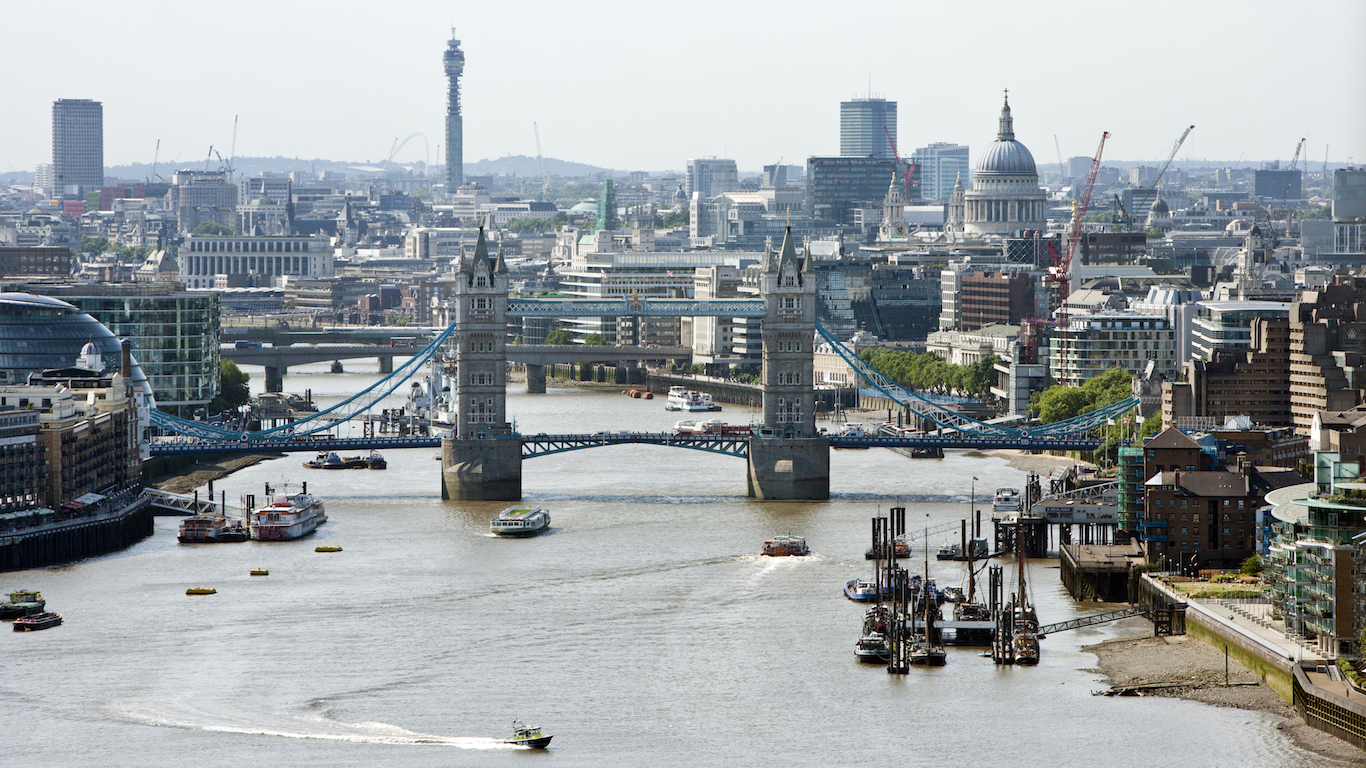 About 84% of the U.K.’s total arms imports come from the United States. The remainder comes either from Israel or Germany. Over 75% of the country’s total arms imports between 2015 and 2016 were military aircraft. While it is not on par with the United States, Great Britain is one of the biggest arms dealers in the world in its own right, sending nearly $1.4 billion in weapons to other countries in 2016. One of the United States’ closest military partners, the U.K. was a key participant in the U.S. war in Iraq, committing about 46,000 troops at the height of the conflict. The U.K. also committed thousands of troops to the U.S. offensive in Afghanistan. 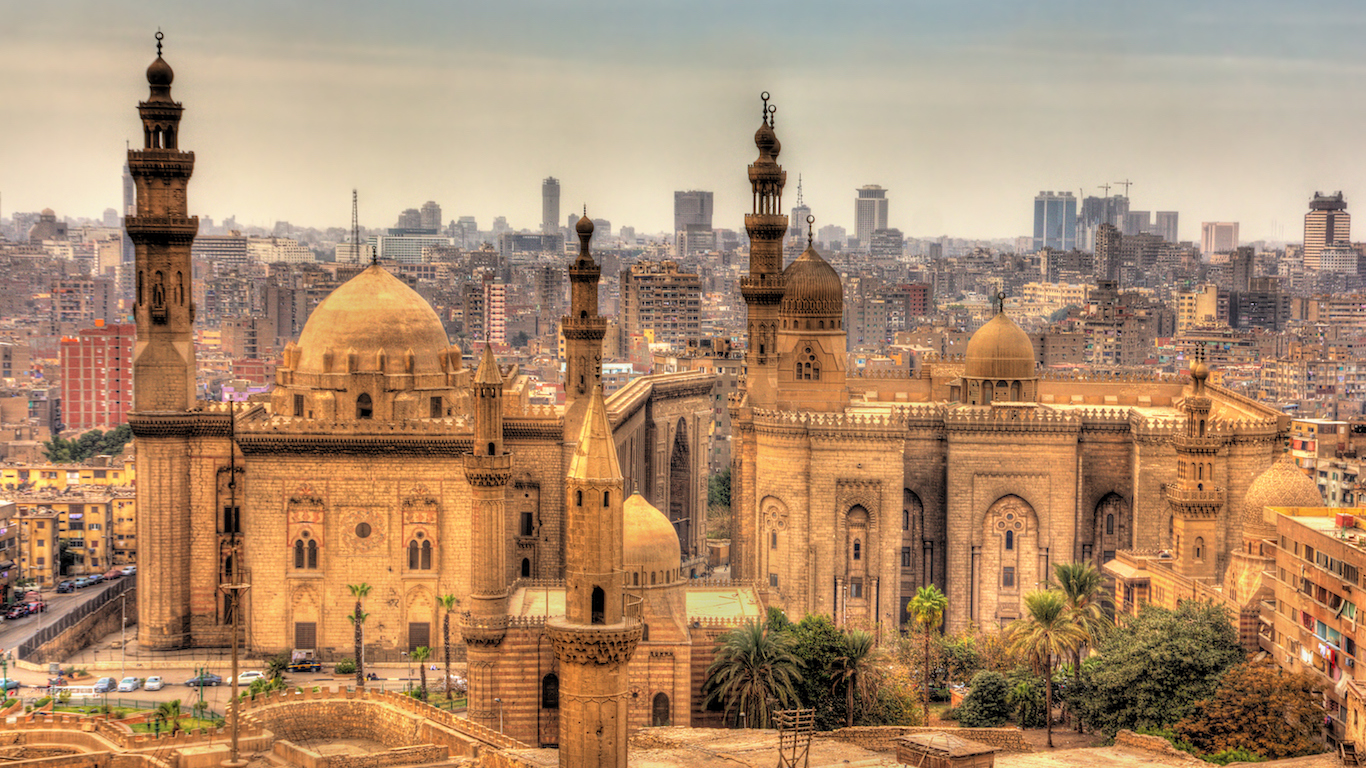 Egypt has one of the largest armies in the world, with just under 500,000 active troops and several hundred thousand additional troops in reserve. The country went through major political upheaval in 2011, after long-time ruler Hosni Mubarak stepped down following a popular uprising. Perhaps because of the increased political tension, Egypt’s total arms imports over the five years through 2016 increased by about 70% from the previous five-year period, and imports from the United States increased by 46%. Over the last decade, the nation’s largest category of weapons imports were military aircraft. Egypt’s military arsenal also includes over 1,000 M1A1 Abrams tanks, a U.S. military staple manufactured by Virginia-based General Dynamics. 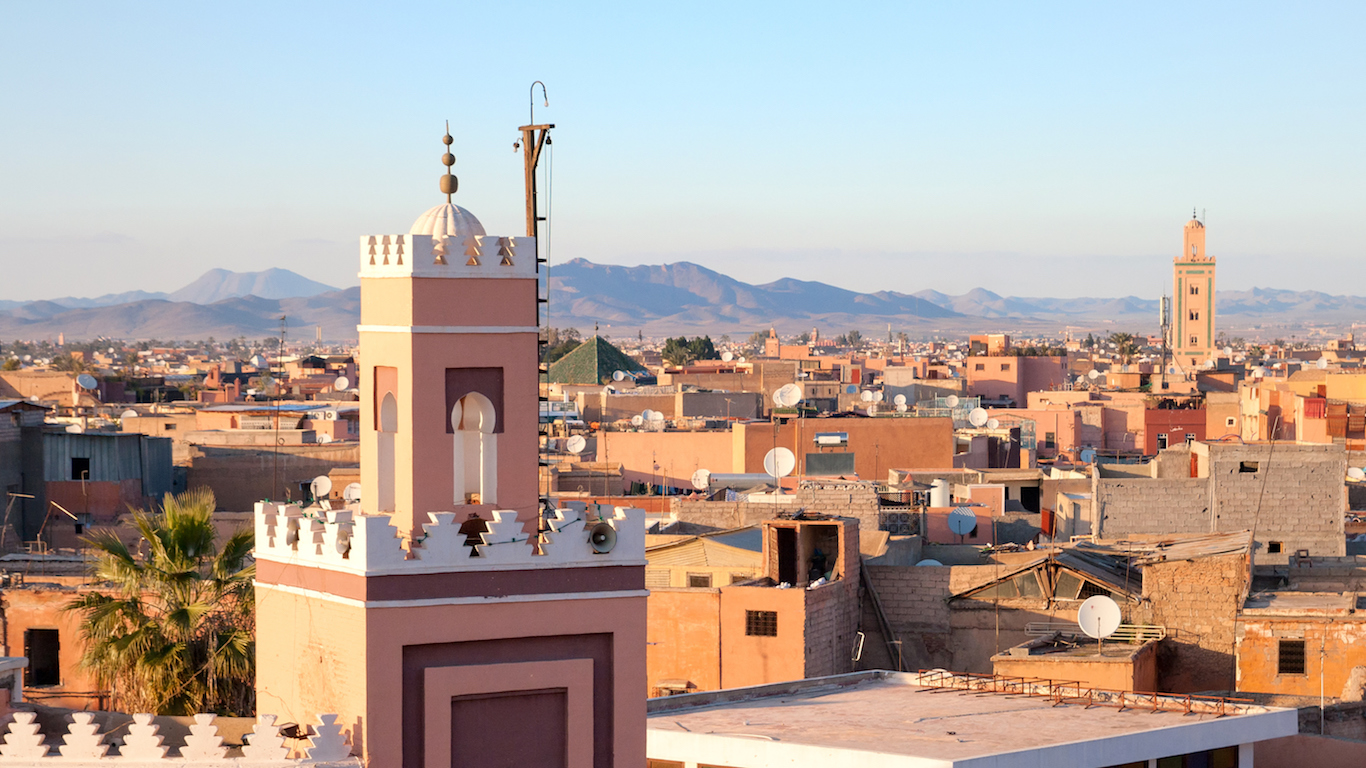 More than 40 nations have larger economies than Morocco, but only 10 import more weapons from the United States. This is likely in part due to the fact that the North African nation spends over 3% of its GDP on its military, one of the higher shares in the world. The nation has a military of over 200,000 soldiers, a greater standing force than much larger nations such as Germany and the United Kingdom. Last year, Morocco imported roughly a quarter of a billion dollars worth of armaments, and the U.S. accounted for 96.1% of those weapons. The previous year, the United States was the sole supplier of weapons Morocco imported.