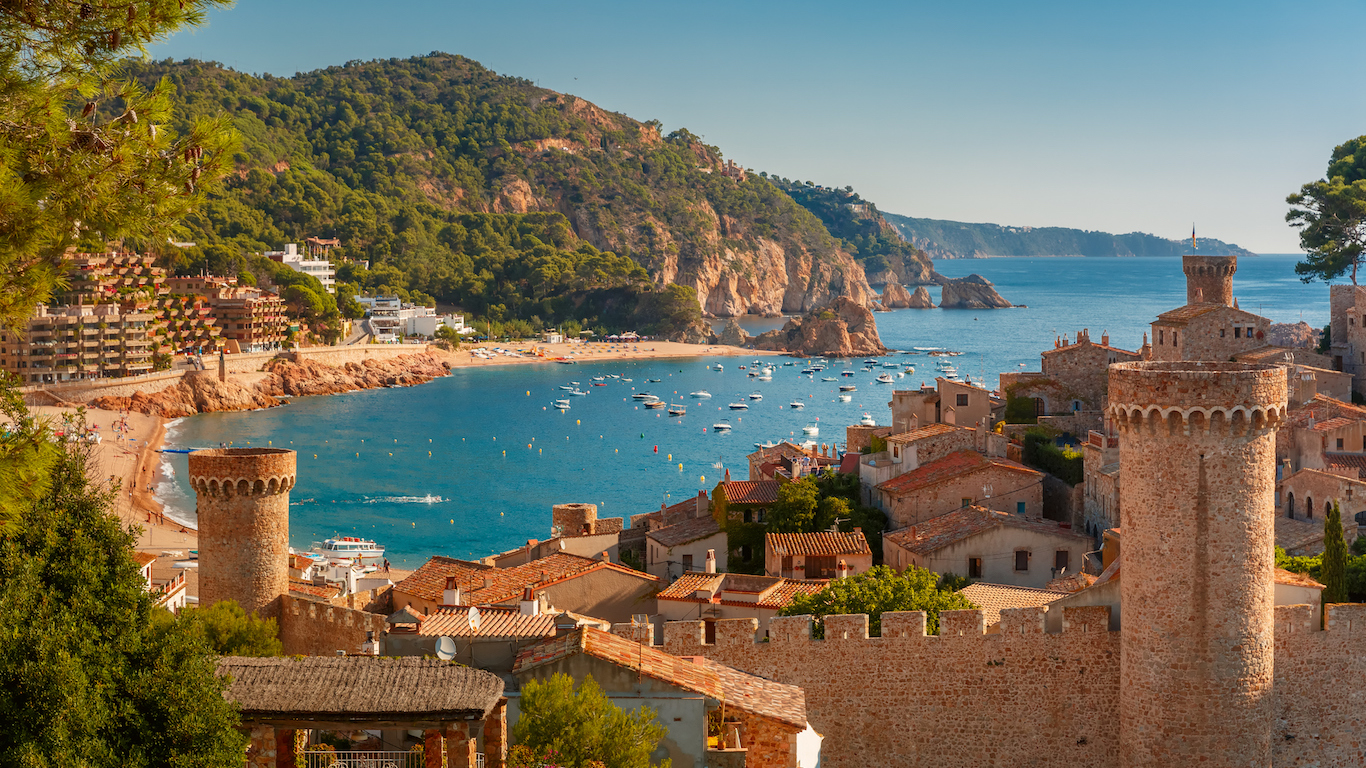 Based on residents’ life expectancy, the incidence of disease, and mortality rates for infants and mothers, Spain is one of the healthiest countries in the world. There are about 12 new reported cases of tuberculosis for every 100,000 people each year in Spain, one of the lowest such incidence rates in the world. Tuberculosis is known as the disease of poverty, and low prevalence of the disease is tied to affluence and access to medical services. Indeed, there are approximately five physicians in Spain for every 1,000 residents, the highest ratio of all nations reviewed. Additionally, with a GDP per capita of $34,861, Spain — while considerably less prosperous than several other countries on this list — still ranks among the wealthiest nations in the world. 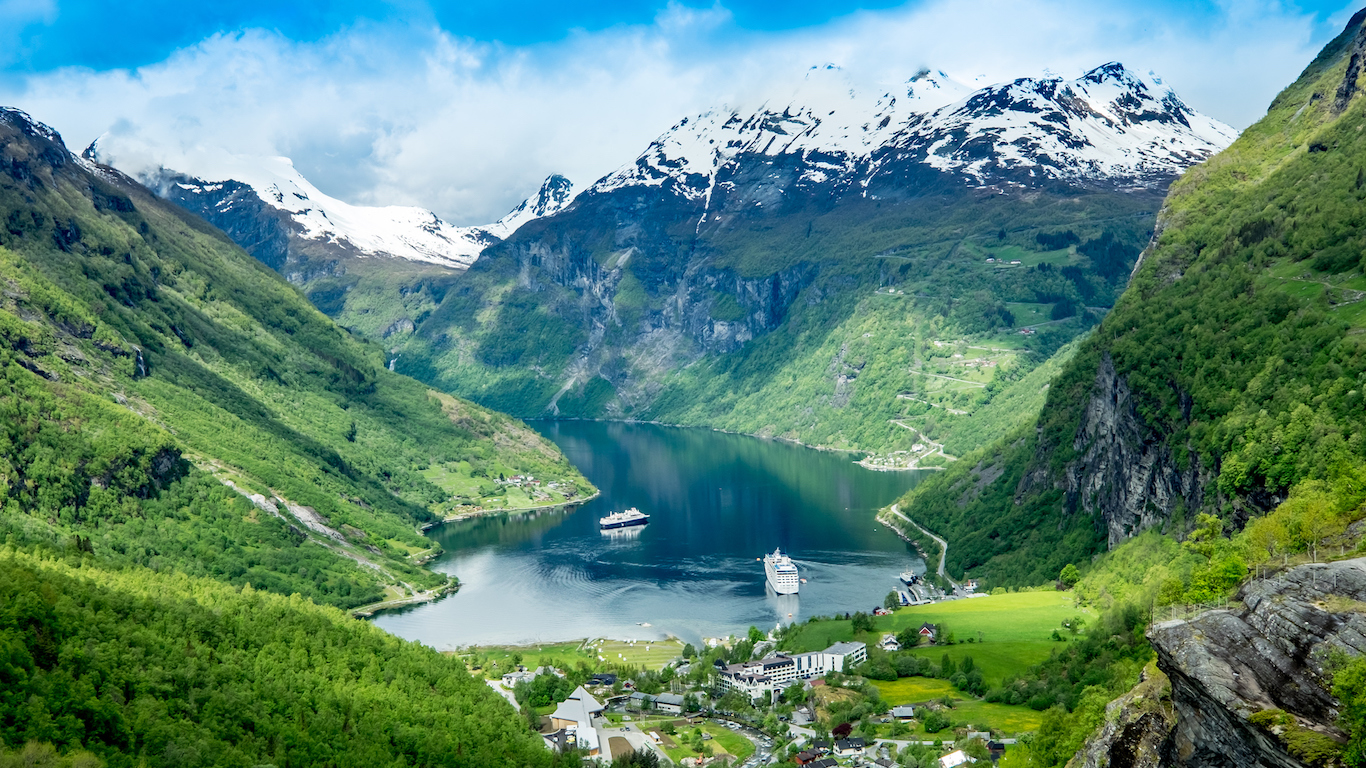 At 81.8 years, average life expectancy at birth in Norway is nearly the highest in the world and well above the 78.9 year average life expectancy in the United States. The country’s infant mortality rate is also one of the lowest worldwide. About two out of every 1,000 infants die in their first year of life, a lower rate than in all but a handful of other countries.

As is the case with the other countries on this list, every Norwegian, urban or rural, has access to basic infrastructure such as clean water and electricity. This, in addition to universal health care, likely contributes to the country’s positive health outcomes. Another important factor is investment in health care. Total public and private annual health care spending in Norway is equal to roughly $9,522 per capita, more than nearly every other country. 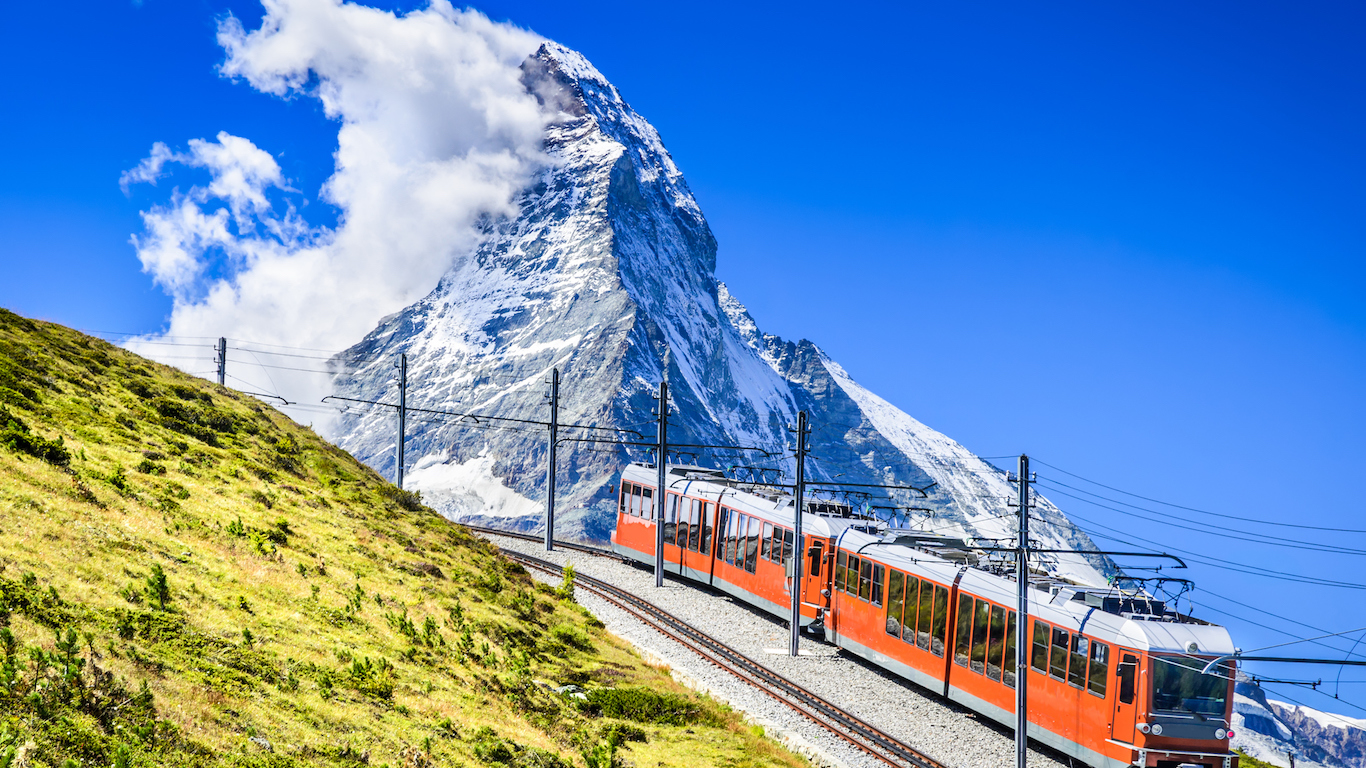 No country spends more on health care than Switzerland. Private and public health expenditure amounts to $9,674 per resident each year. Much of that money goes to pay doctors — a profession the country has no shortage of. There are about four physicians for every 1,000 people in Switzerland, nearly the highest share in the world.

While greater spending does not necessarily translate to better outcomes, the Swiss are also some of the healthiest people in the world. Average life expectancy at birth in the Central European country is 82.8 years, higher than in all but three other countries examined. 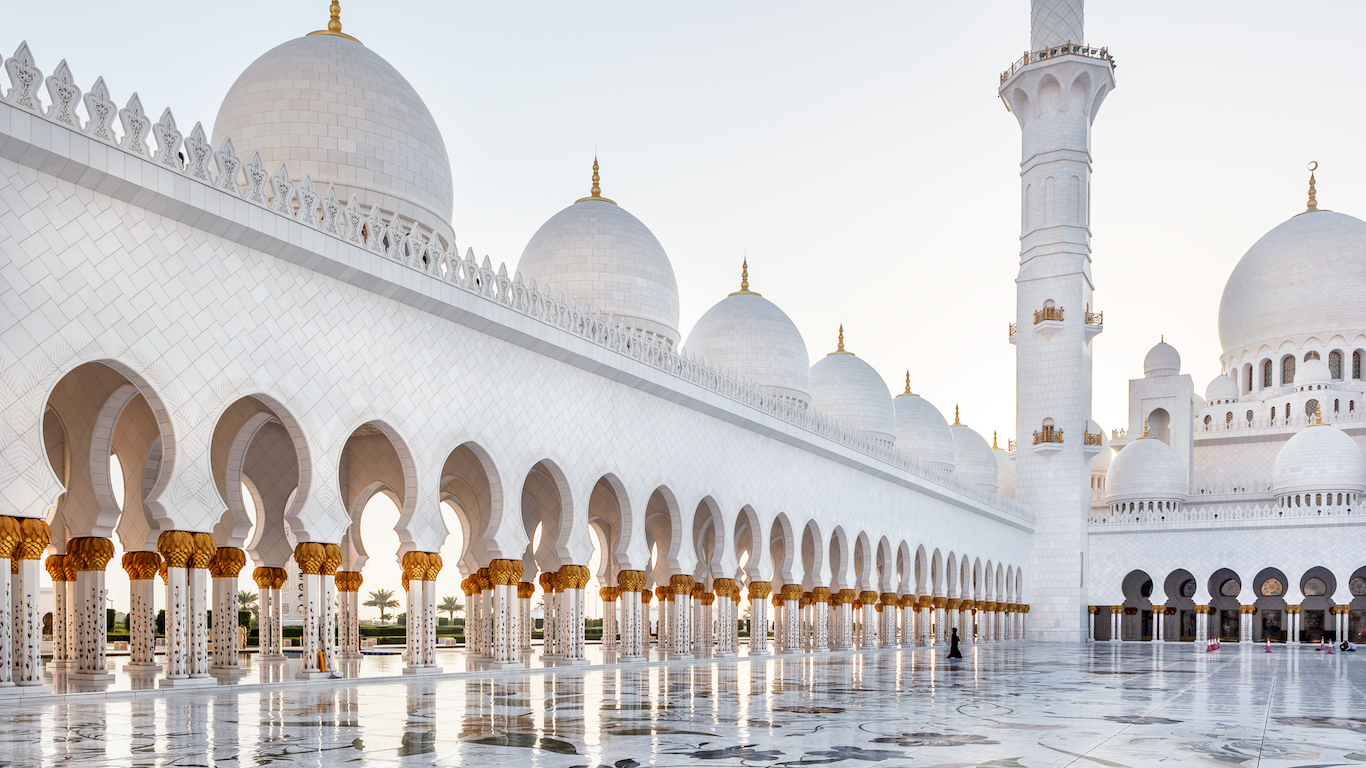 Healthy outcomes in the the UAE are largely the result of healthy behaviors. For example, UAE residents are far less likely to drink to excess than those in nearly every other country on this list. Partially because alcohol is heavily restricted, annual per capita alcohol consumption is equal to only 1.8 liters in UAE. In comparison, Americans consume an average of 8.8 liters of alcohol annually. 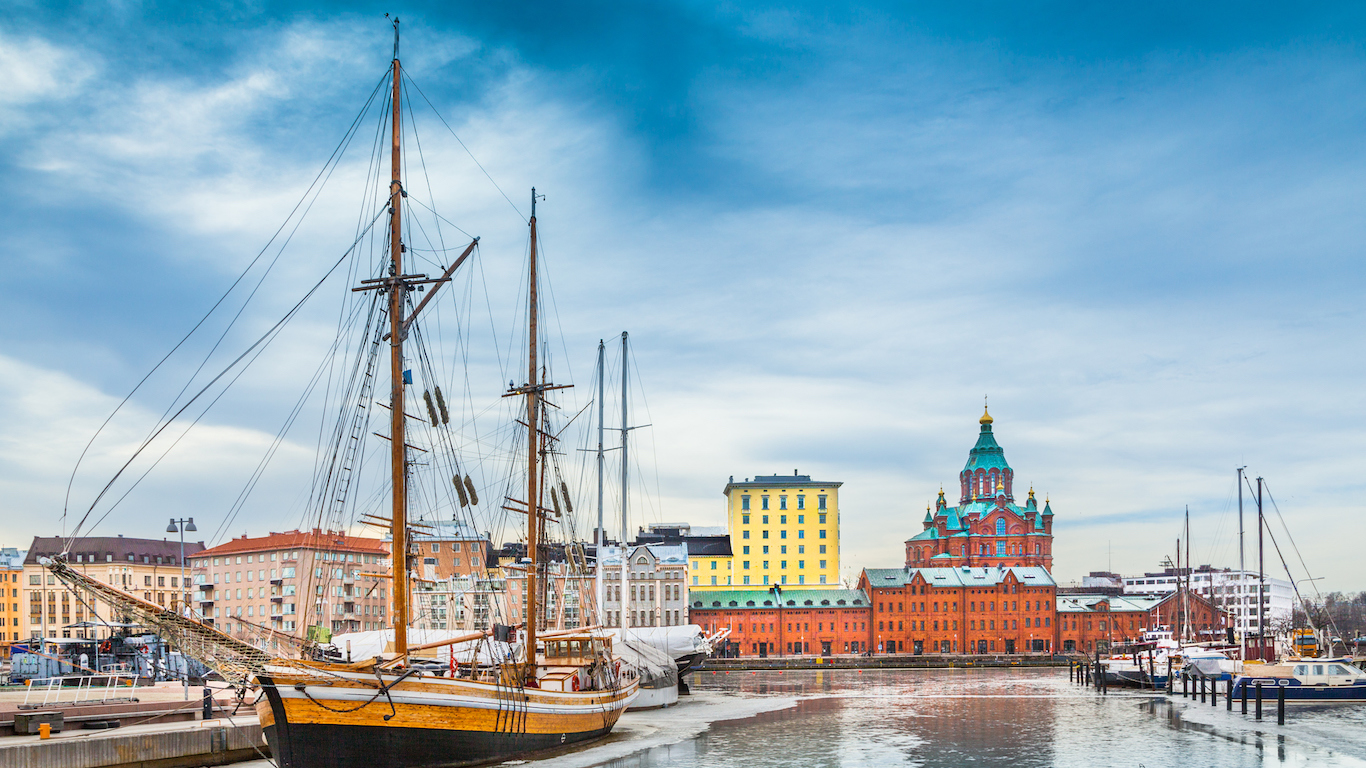 Infancy is perhaps the most vulnerable stage of life, and preventing infant mortality requires a certain level of health care, including professionals, facilities, and medical supplies. Like most of the nations on this list, Finland’s health spending of $4,612 per capita is among the highest of all countries reviewed. And as in most relatively wealthy, advanced economies, Finland’s infant mortality rate of 1.9 deaths in the first year of life per 1,000 live births is indicative of a healthy population and an effective health system. By comparison, the U.S. infant mortality rate is 5.6 deaths per 1,000 live births.