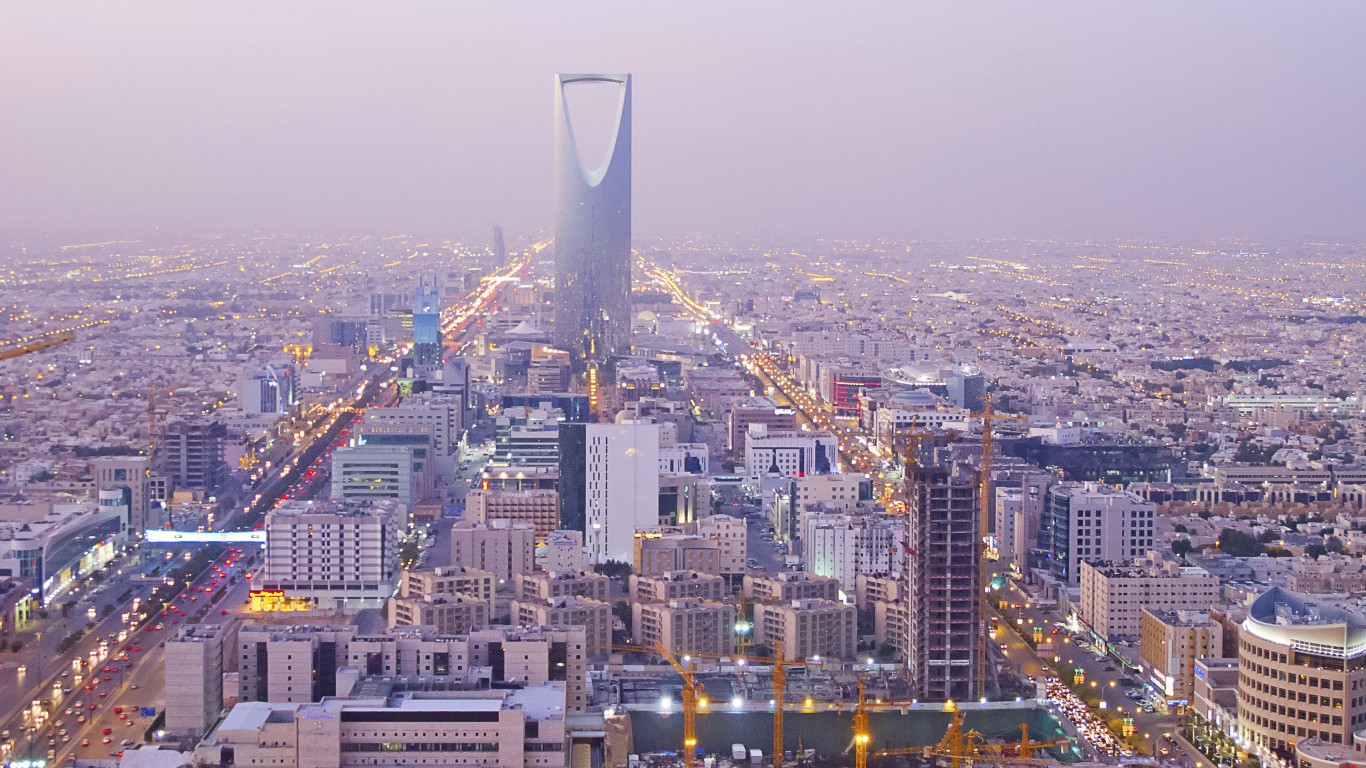 Saudi Arabia had the third largest military budget in the world in 2015, trailing only the U.S. and Russia. However, after a 30% decline in 2016, the oil-rich Middle Eastern country now ranks fourth in the world for military spending. Still, the country accounts for 3.8% global military expenditure. 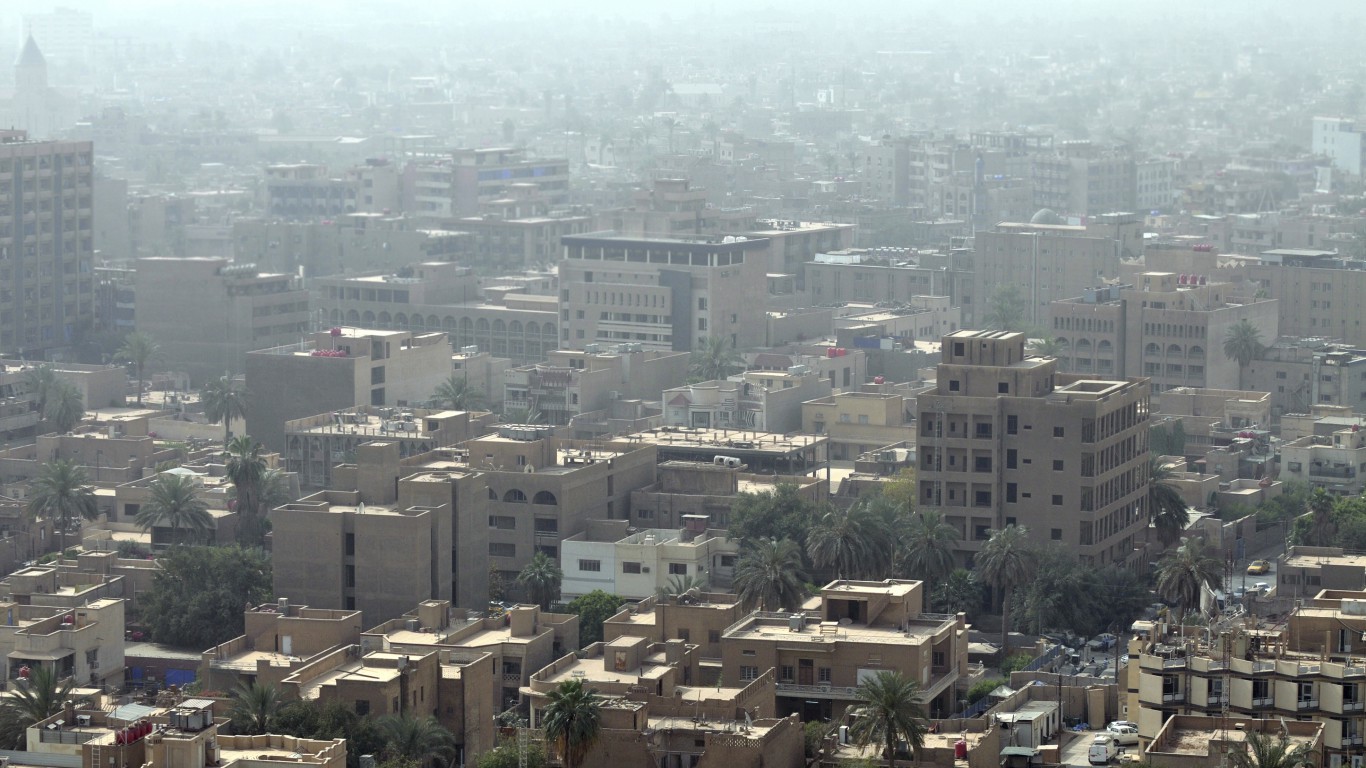 Iraq is one of many undiversified, oil-dependent economies that cut military spending in the wake of declining global oil prices. The price of crude oil fell by roughly half from over $100 per barrel in early 2014 to just over $50 a barrel in 2017. Oil revenue amount to 28.6% of Iraq’s GDP, far more than the 12.6% average for all Middle East and North African nations. Despite increased threat from ISIS militants, Iraq’s 2016 defense spending of $6.2 billion was down by 36% less from the year before. 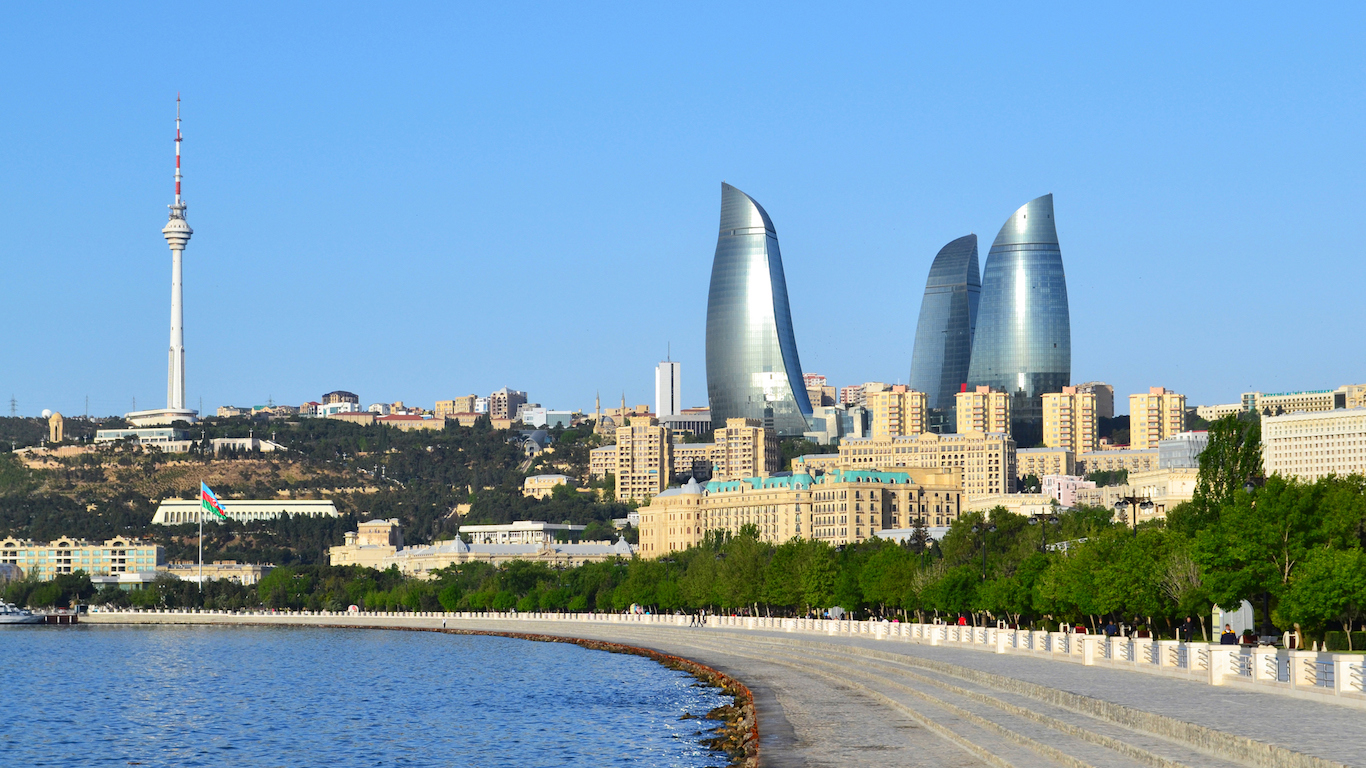 Crude oil accounted for over 85% of Azerbaijan’s total exports in 2015. Like many oil-rich countries, steep drops in Azerbaijan’s military budget in 2016 were largely the result of declining export revenue, attributable to the falling price of oil. The country’s military spending declined by 36% last year — the largest such year-over-year spending drop since 2011. 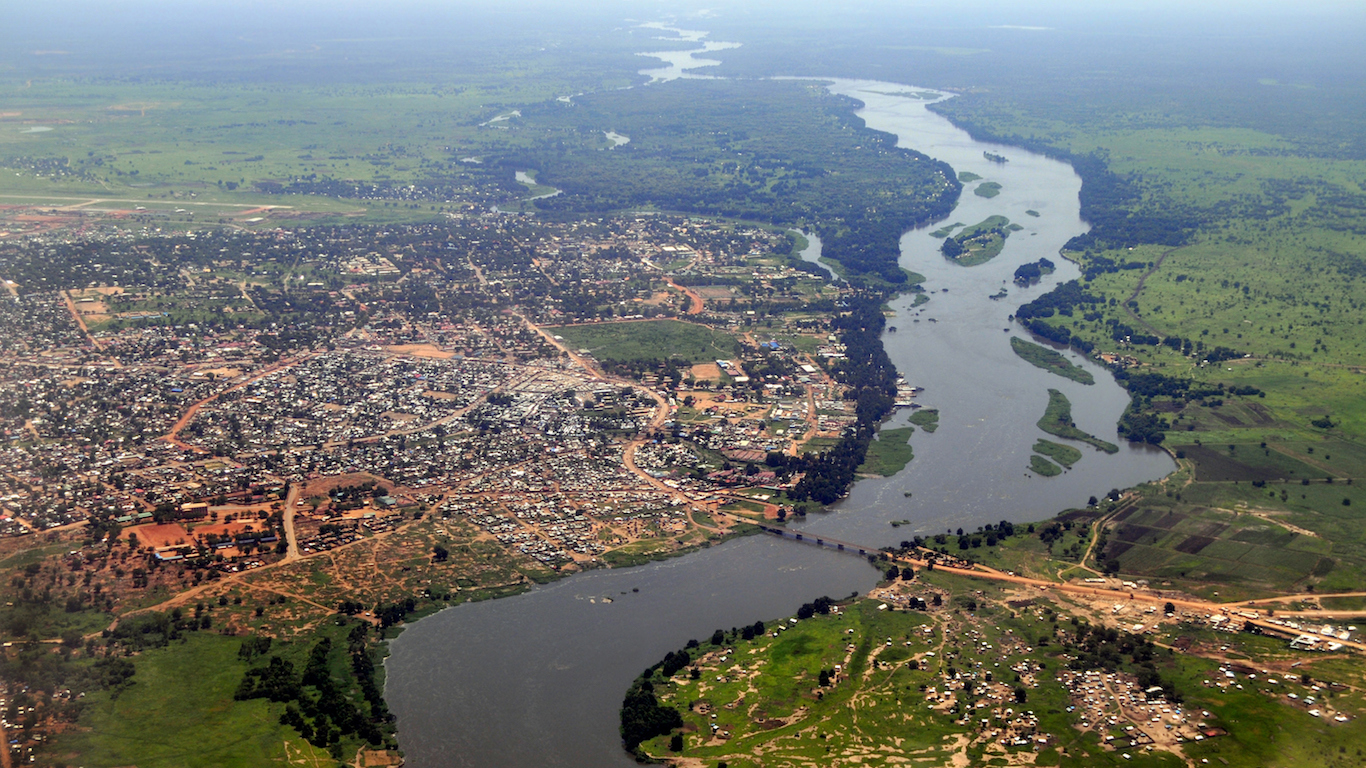 South Sudan spent $138 million on defense in 2016, 54% less than in 2015. The decline was part of an overall trend across sub-Saharan African nations, where defense spending overall fell by 3.6% last year. In addition to South Sudan, Angola, Côte d’Ivoire, Ghana, and Zambia all decreased their military spending substantially last year. The global decline in oil prices which remain near historic lows largely accounts for the defense budget cuts across the region. Oil accounts for 12.0% of South Sudan’s GDP, a much larger share than the 2.4% average for sub-Saharan Africa and 0.8% global average. 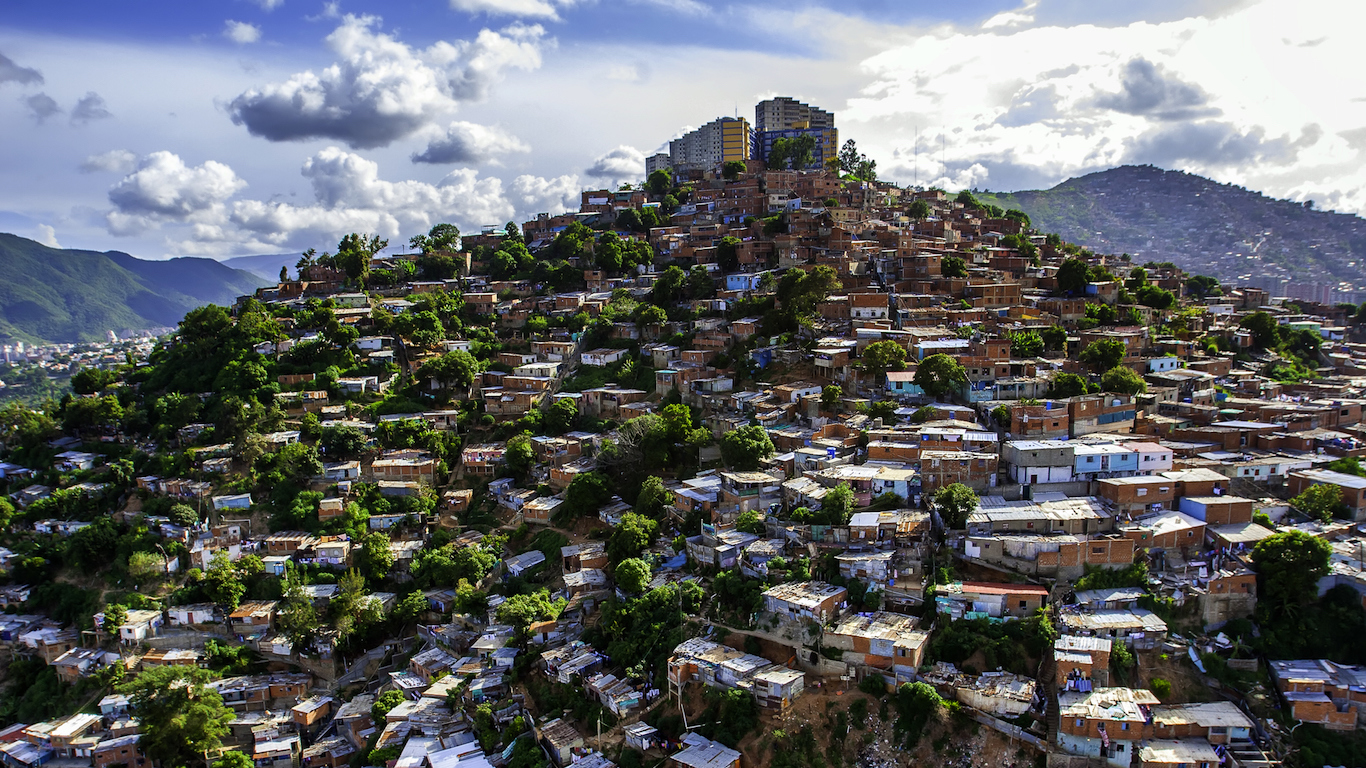 Many countries on this list have cut military spending by necessity due to falling global oil prices. Venezuela is perhaps the most notable example. Heavily dependent on oil exports, the South American country is currently in a deep financial crisis. With food, medicine and basic good shortages, economic conditions forced Venezuela to cut military spending by 56% in 2016, more than any other country in the world.

Largely the consequence of the economic crisis, Venezuela is struggling with ongoing anti-government protests. President Nicolas Maduro, who is not scheduled to leave office until 2019, will likely continue to use the Venezuelan military to maintain order.