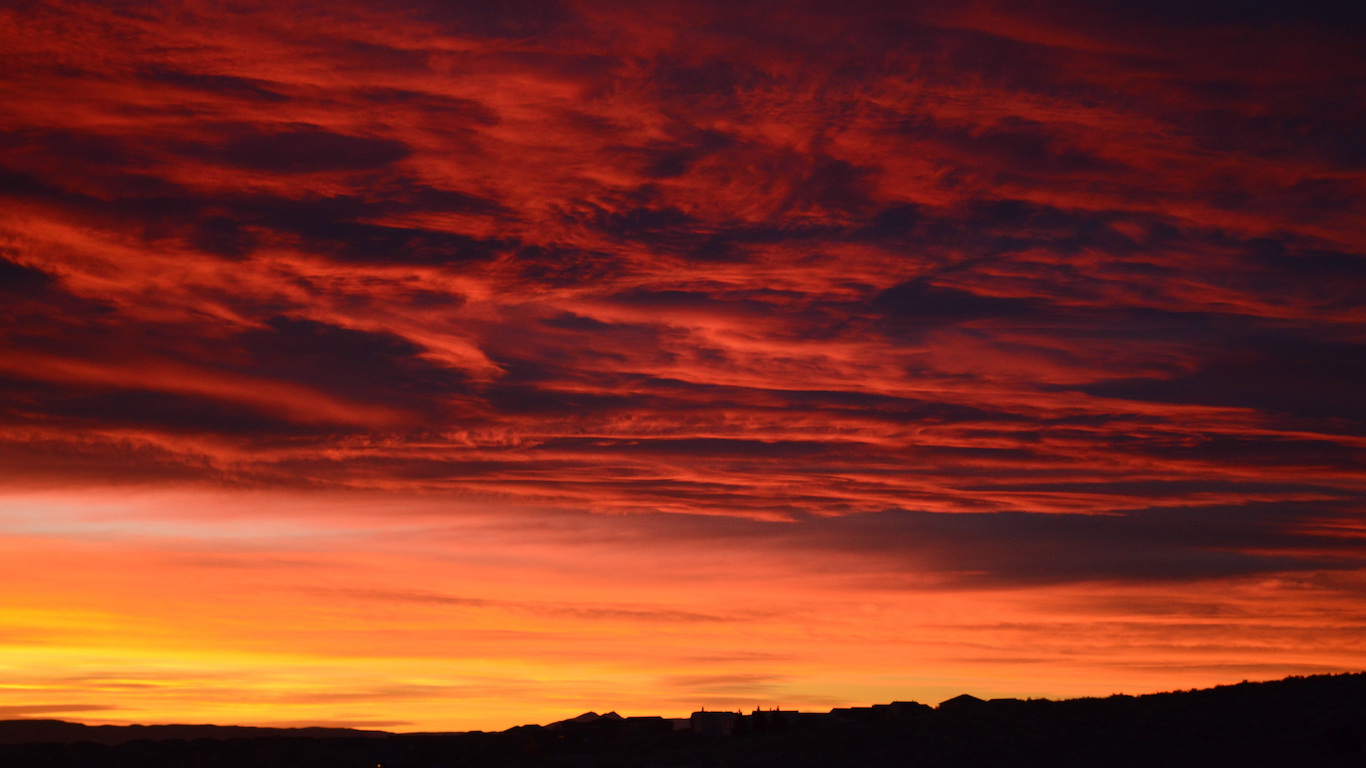 Rio Rancho, New Mexico, is home to 91,807 people, with 22% of the population in prime trick-or-treat age — 14 years and younger. There are six haunted houses near the town, including the House of Freakz and Beatz and Dragons House of Horror. Parents will also appreciate the relatively large concentration of dentists of 79 per every 100,000 residents — these dentists will be able to clean their children’s teeth after a night of chewing through one sugary treat after another. 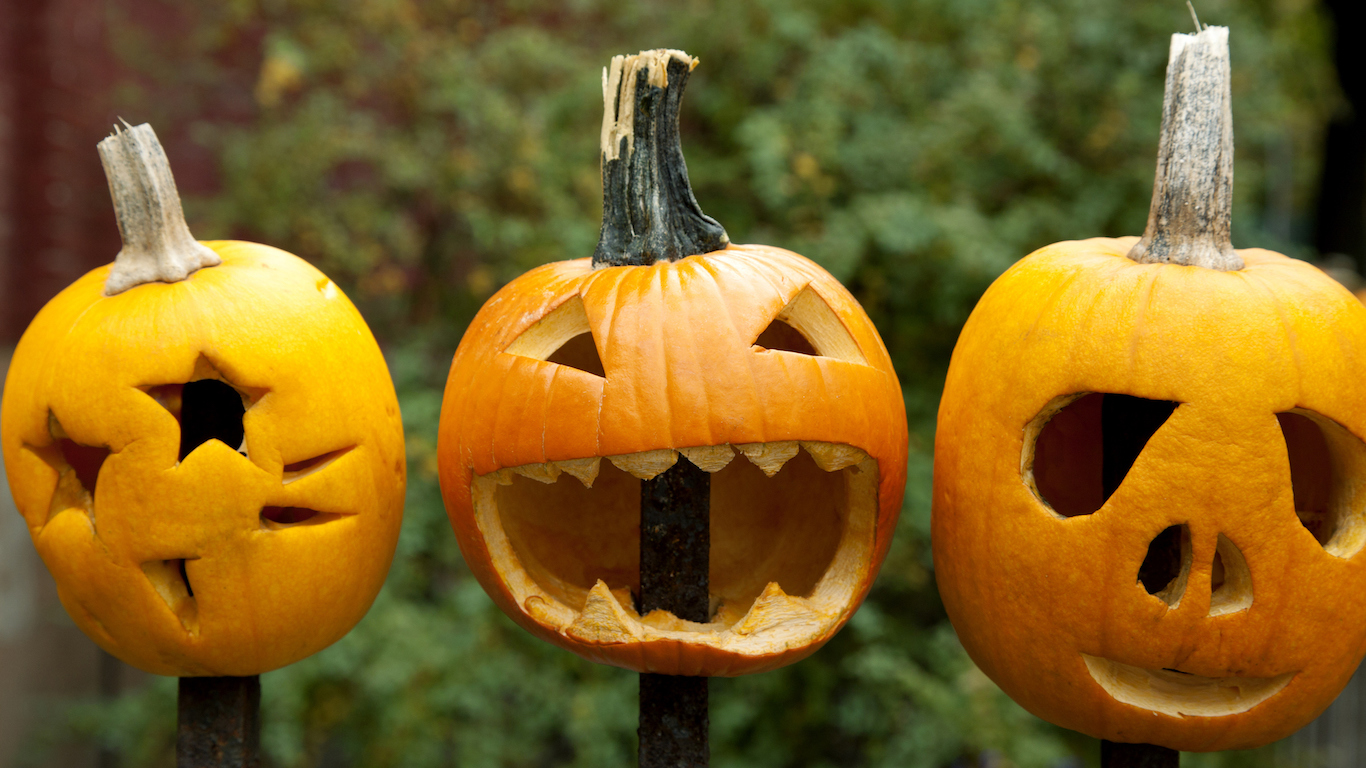 Rye, New York, is located in Westchester County, just north of New York City, about 15 miles from Tarrytown, where the novel “The Legend of Sleepy Hollow’’ was set. One out of every four of the nearly 16,000 town residents is 14 years old and under, and if they load up on sugary treats for Halloween, they will have plenty of dentists to care for their teeth. There are 106 dentists for every 100,000 people in the county, one of the highest concentrations of any area on the list. 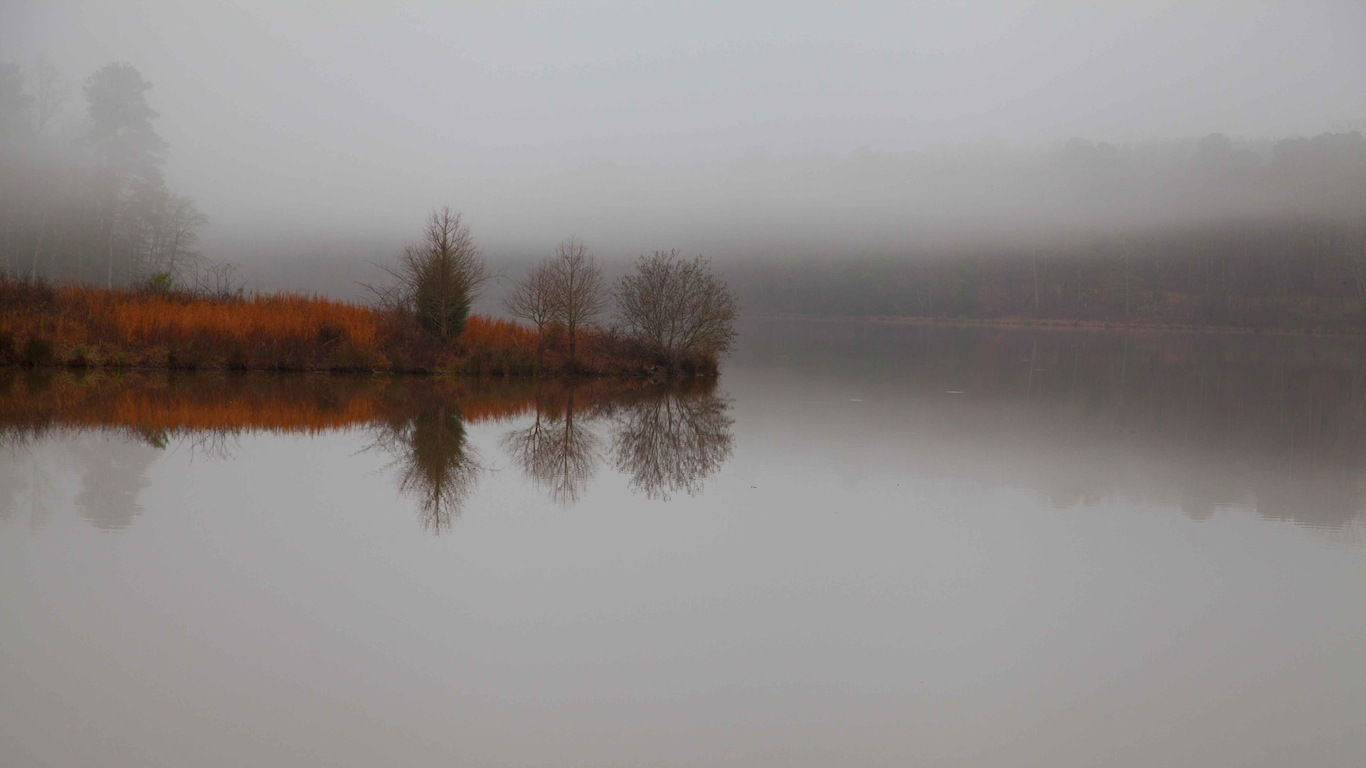 Holly Springs, North Carolina, is west of several Halloween attractions such as the House of Fury in Raleigh and Clayton Fear Farm. Of the 28,640 residents of Holly Springs, nearly 28% of them are children under 14 years old. The town is very safety conscious and recommends that trick-or-treating be held from early evening to 8:30 p.m., be limited to children under age 13, and that teens not wear masks. 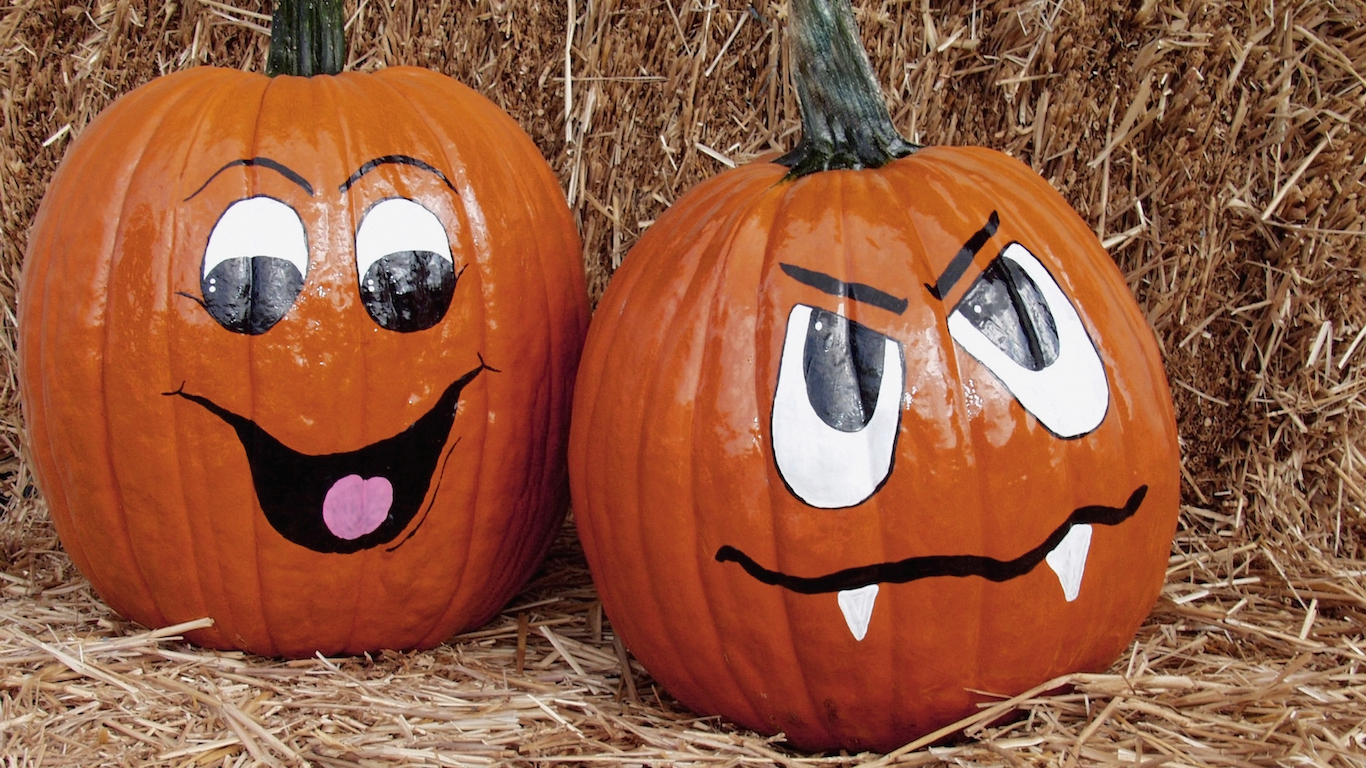 Lincoln, North Dakota, a town of just 3,093, registers 100% in housing occupancy. Also, its poverty rate of just 1.8% is one-sixth of the statewide rate. Lincoln is a part of the Bismarck metropolitan area. About 20 miles from Lincoln is Fort Abraham Lincoln, supposedly a place of “paranormal myths and legends’’ that hosts the annual Haunted Fort on Friday and Saturday nights in October. 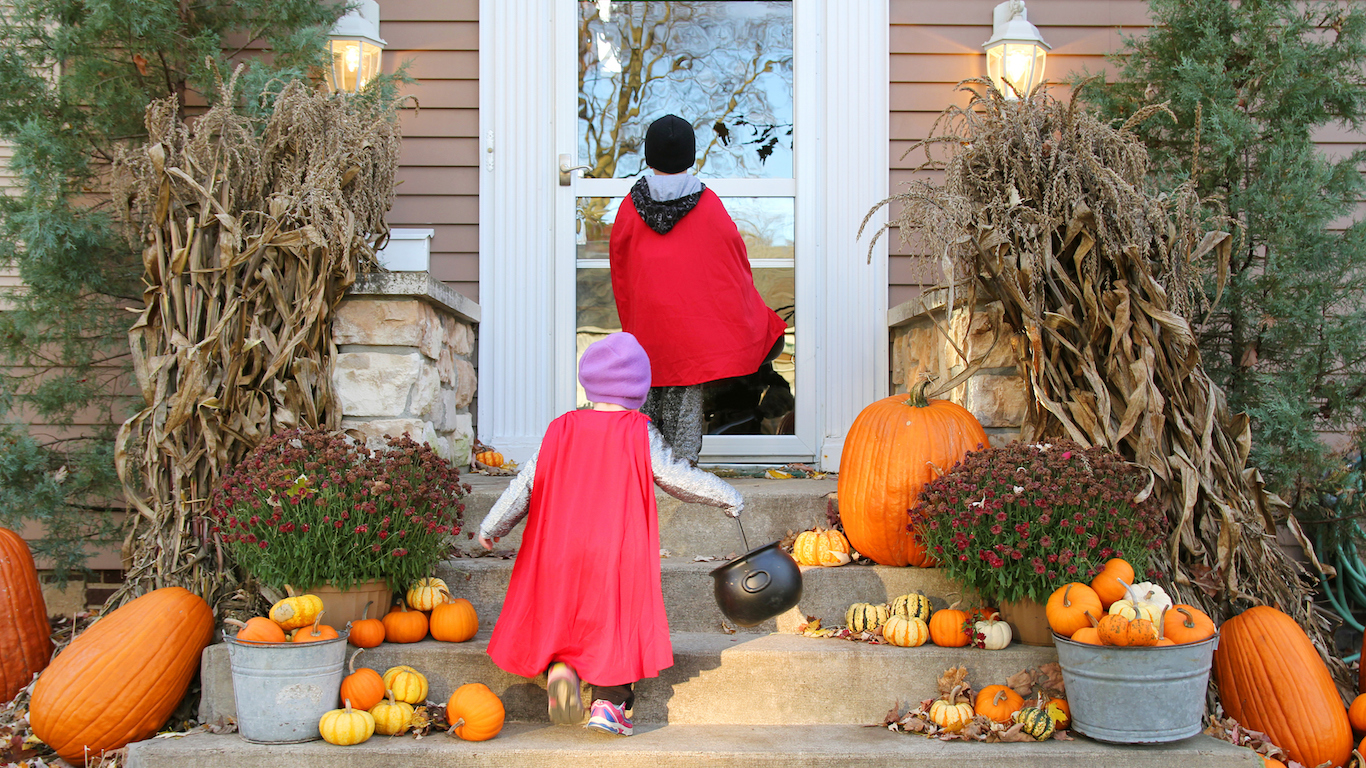 In New Albany, Ohio, more than 30% of the 9,136 residents are 14 years old and under, more than 10 percentage points above the state share of children this age. Also, the town’s poverty rate is one-sixth the statewide rate. New Albany is located just northeast of the state capital of Columbus, and among the Halloween diversions in the region are the Scareatorium in Columbus and the Pataskala Haunted Forest in Pataskala, east of Columbus.