A college education can open the door to more job opportunities, and Charlottesville’s unemployment rate of 3.2% is lower than all other metro areas in Virginia. 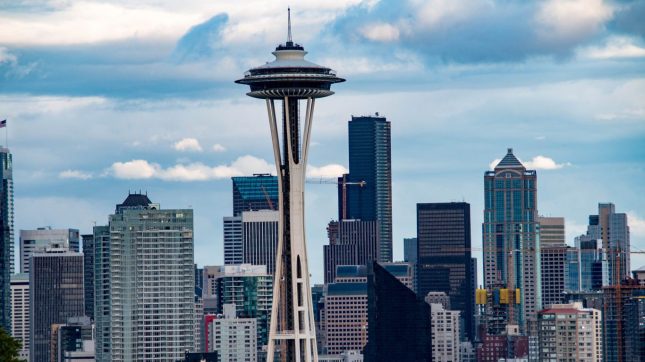 Higher educational attainment can lead to more job opportunities and better-paying jobs, and the Seattle area is a great example of that. Some 42.0% of the area’s adult population hold at least a bachelor’s degree, and the median household income in the metro area of $78,612 a year is one of the highest in the country.

As Washington’s largest city, Seattle is home to 68 postsecondary institutions, the most of any metro area in the state. Some 5.5% of Seattle’s workforce is employed by the information industry, the largest such share in the nation.

Home to the state’s flagship university, Morgantown is West Virginia’s most educated city. The West Virginia University Morgantown campus had over 28,000 students enrolled for the fall 2016 semester.

Compared to many other states’ most educated cities, the Morgantown population is less educated. However, given that West Virginia’s college attainment rate is just 20.8% — the worst of U.S. states — Morgantown’s 32.7% rate is higher than the national rate of 31.3%. Even though Morgantown’s educational attainment rate is well ahead of all other West Virginia metro areas, it has the highest poverty rate in the state. Some 20.1% of Morgantown residents live in poverty.

Madison’s 46.6% college attainment rate is one of the highest in the country and well ahead of Wisconsin’s 29.5% rate overall. The Madison population enjoys a very low unemployment rate of 2.5% and a relatively high median household income of $68,497, which is more than $10,000 higher than the state median.

Madison is yet another city on this list that is both the state capital and is home to a large state school. More than 10% of the city’s labor force work in state government jobs — many of which require a college degree.

Cheyenne has a relatively low percentage of adults who have a bachelor’s degree, especially for the most educated city in its state. But the bachelor’s degree attainment rate in Casper, the state’s only other metro area, is even lower.

Cheyenne’s 27.3% college attainment rate just barely eclipses Wyoming’s rate of 27.1%. Despite the low educational attainment, Cheyenne also has a low poverty rate of 9.7%, as well as one of the lowest percentages of people using food stamps or SNAP benefits in the country at just 6.4%.