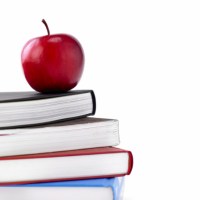 Source: thinkstock.com
The pursuit of higher education is more common in America today than in previous generations. According to the National Center for Education Statistics, roughly 41% of Americans aged 18 to 24 were enrolled in a two- or four-year degree-granting institution, far more than the 25.5% enrolled in 1967.

As of last year, nearly 30% of all American adults 25 and older had attained at least a bachelor’s degree. Yet, in some cities, a far higher percentage of residents are college educated. Boulder, Colorado, led the nation last year with 58.5% of adults having attained at least a bachelor’s degree, while the Lake Havasu City, Arizona, metro area had the lowest percentage of college-educated adults, at just 11.3%.

According to Pedro Noguera, professor of education at New York University, a combination of related factors affect the likelihood college-educated adults will move to or stay in a particular city. In fact, an area’s college attainment rate is itself a major factor contributing to whether young people, or businesses, will move to an area.

Click here to see the least educated cities in America.

Click here to see the most educated cities in America.

Describing the cities with the lowest education attainment rates, Noguera said, “these cities are stuck in a vicious cycle. Low levels of education make it difficult for them to attract businesses that pay higher wages.” This results in, among other things, “young people moving away from the area as soon as they graduate from high school.”

What percent of Americans do you think have a graduate degree? in 24/7 Wall St.'s Polls on LockerDome

As one might expect, cities with the lowest college attainment rates also tend to have lower median household incomes. Household incomes in most of these cities were far lower than the national median of $52,250 in 2013. The median household income in four of the least-educated cities was less than $40,000. The one exception was the Houma-Thibodaux, Louisiana, metro area, where a typical household brought in $54,070, despite its low percentage of college-educated adults.

Individual earnings also vary dramatically according to a person’s level of education. While a typical American adult with less than a high school diploma earned slightly more than $20,000 in 2013, a typical person with a bachelor’s degree earned more than $50,000.

Noguera also pointed to other factors that help shape the relationship between education and income. “One factor influencing the relationship is the local economy and the types of jobs that are available. In the most prosperous cities — New York, Seattle, San Francisco, and Boston — high-wage jobs are in the financial and high-tech sectors.”

According to a 2013 report from the Milken Institute, five of the 10 most-educated metro areas had among the absolute highest shares of output from the technology sector in the nation. In fact, Corvallis, Oregon, had a greater high-tech GDP concentration than any other small city identified by the Milken Institute. Conversely, the areas with the lowest levels of educational attainment had among the lowest percentages of people working in these industries.

Many of the least-educated cities, according to Noguera, have historically been dependent on agriculture and mining. Just 2% of the nation’s employment was in the agriculture, forestry, and mining industries as of last year. Yet, among many of the least-educated cities, these sectors accounted for a far greater share of employment. For instance, the Madera, California, metro area led the nation with 23% of its workforce employed in these industries.

To identify the least-educated cities in America, 24/7 Wall St. reviewed U.S. metropolitan areas with the lowest percentage of adults 25 and older with at least a bachelor’s degree in 2013. Educational attainment rates, median earnings by level of education, household median income, population estimates, and poverty data all came from the U.S. Census Bureau’s 2013 American Community Survey. Unemployment rates came from the Bureau of Labor Statistics and are annual averages for 2013.

These are the least-educated cities.