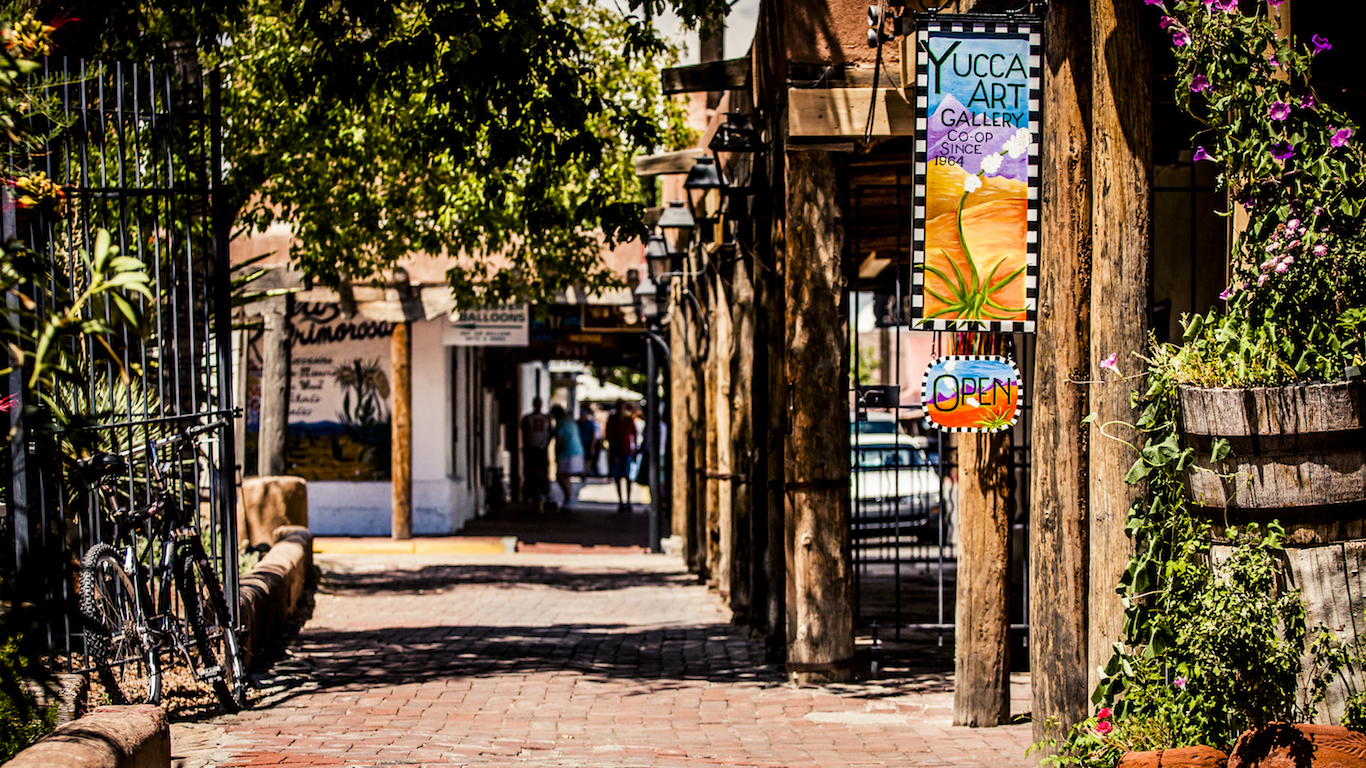 Santa Fe is New Mexico’s most educated city with more than 40% of its adult residents holding at least a college degree. Santa Fe beat out New Mexico’s three other metro areas: Albuquerque, Las Cruces, and Farmington.

Santa Fe’s poverty rate of 14.3% is more than 5 percentage points below the state poverty rate of 19.8%. Similarly, the metro area’s 5.2% jobless rate — while higher than that of most metro areas — compares favorably to the 6.3% statewide unemployment rate.

In several states, the most educated metro area is a college town, and few American college towns are as iconic as Ithaca, New York. Home to Cornell University and Ithaca College, Ithaca is the only metro area in the state in which over half of all adults have a four-year college degree. 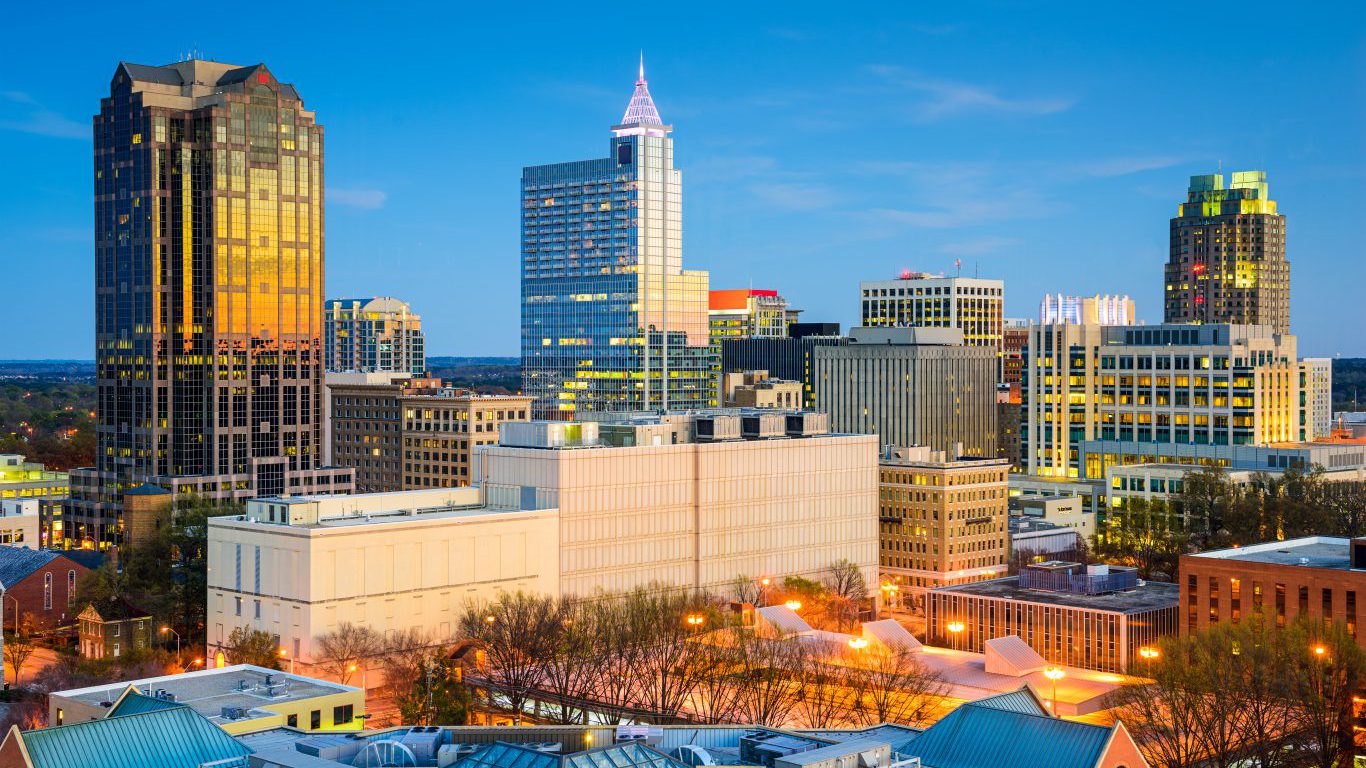 With a 47.2% bachelor’s degree attainment rate, Raleigh is the most educated metro area in North Carolina and one of the most educated in the United States. Higher educational attainment often leads to higher paying jobs, and incomes in Raleigh are far above comparable figures across the state. The typical Raleigh household earns $71,685 a year, about $21,100 more than the typical North Carolina household. 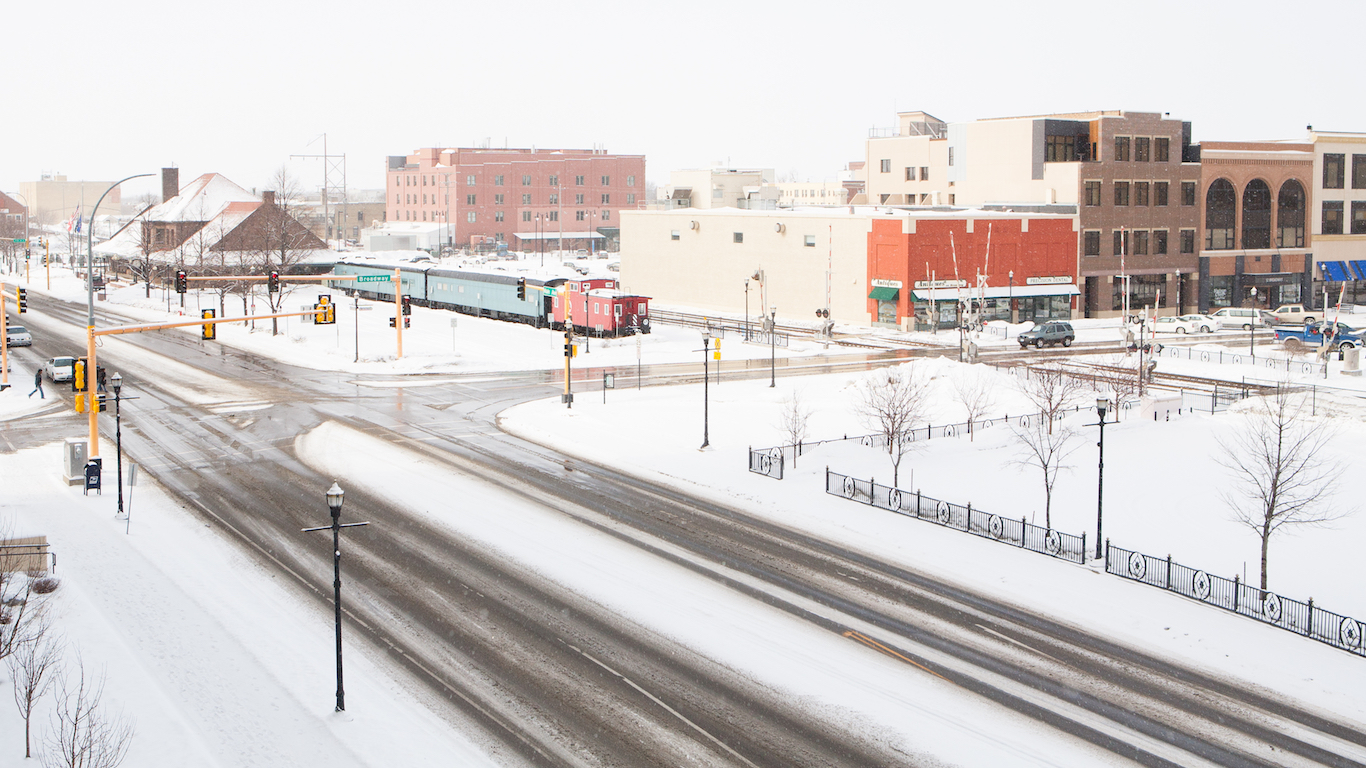 Fargo beat out Bismarck and Grand Forks as North Dakota’s most educated city. Some 38.9% of Fargo’s adults graduated from college, compared to 29.6% of North Dakotan adults overall. 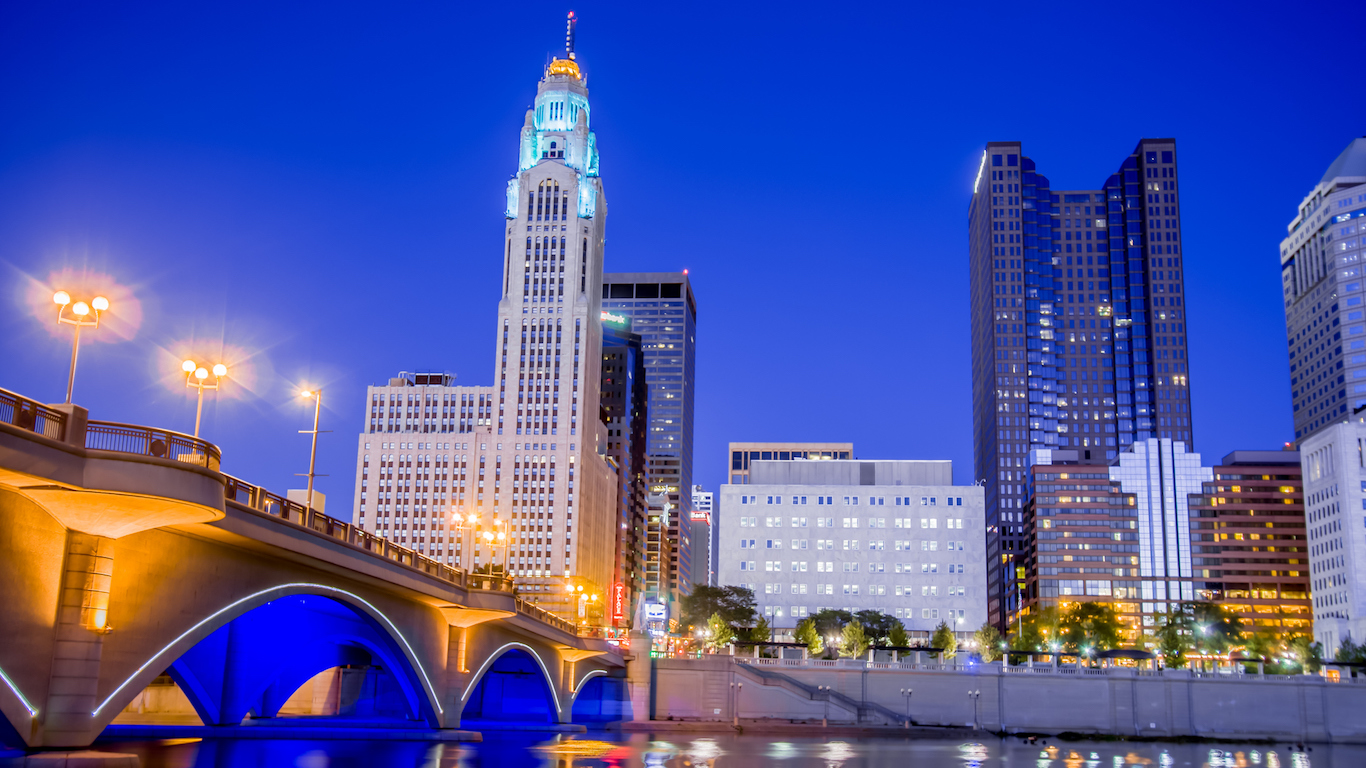 Columbus has a higher share of adults with at least a bachelor’s degree than any of Ohio’s 10 other metro areas. The city’s 36.0% college attainment rate exceeds the Buckeye State’s rate of 27.5%.

Columbus has much going for it. It is home to Ohio State University, which has one of the largest enrollments among U.S. universities. Nearly 60,000 students attend the school’s Columbus campus. Columbus is also the state capital, which may explain why 5.8% of the city’s labor force hold state government jobs, many of which require a college degree.