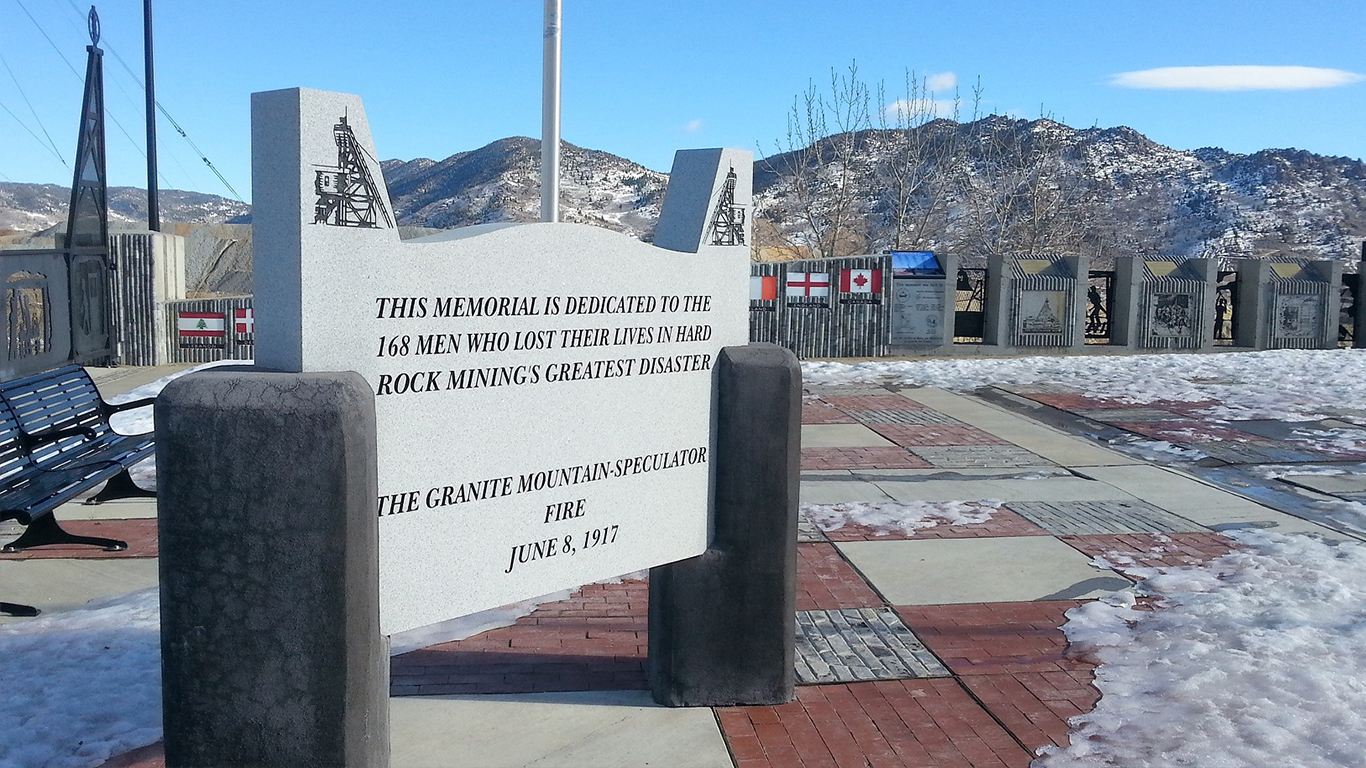 The Butte, Montana copper mine was one of the biggest mining operations in the world a century ago, and with the U.S. entry into World War I, demand for the commodity soared. On June 8, 1917, men were lowering an electric cable down the mine shaft to finish work on a sprinkler system when the cable slipped from its clamps, tearing away the insulation and exposing oily paraffin paper. When a crew went to examine the cable, one of the men accidentally touched the insulation with a lamp and ignited the paper. Fire and toxic smoke spread through the shaft, endangering the lives of the miners. By the time rescue operations ended eight days later, 168 miners had died. 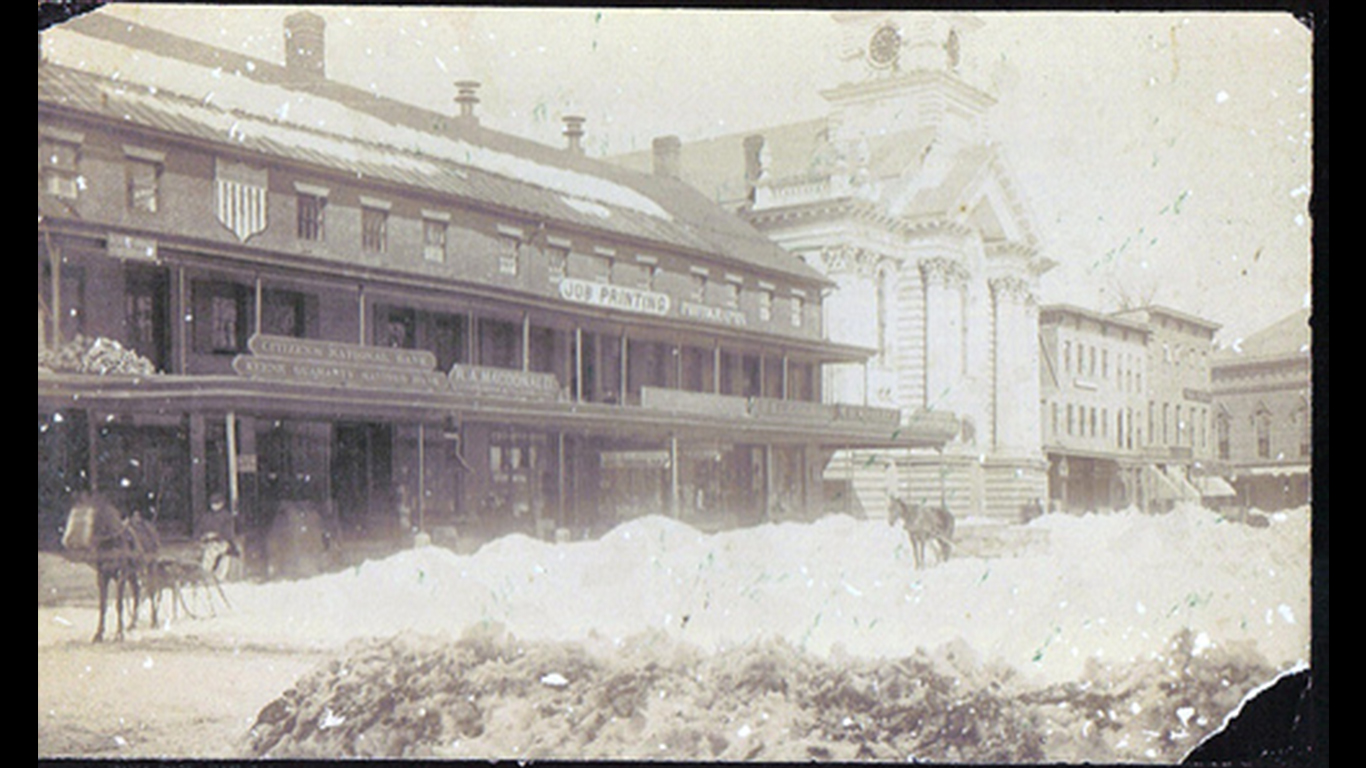 On January 12, 1888, Nebraska had been experiencing unseasonably warm weather for the dead of winter. As a result, many children were sent to school improperly dressed for what was to come. A massive blizzard swept across the plains, reaching Nebraska around 3 p.m., right when school was letting out. Temperatures quickly dropped, in some places reportedly by as many as 100 degrees, and blinding snow quickly created deadly conditions for the children and workers on their way home. Many were caught outside and froze to death. 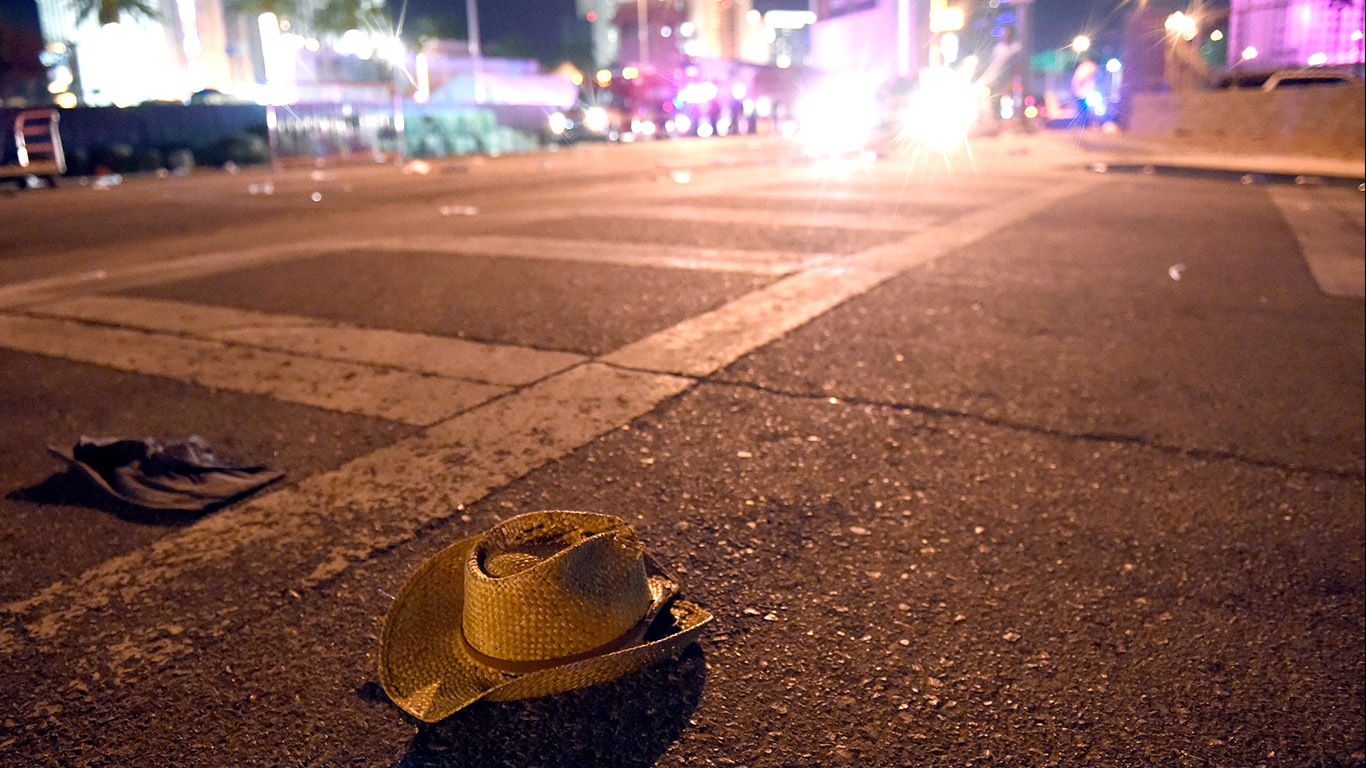 The deadliest mass shooting in American history began on the 32nd floor of the Mandalay Bay Hotel on the Las Vegas Strip on October 1, 2017. Stephen Paddock, the 64-year-old gunman, fired on a crowd of 22,000 gathered at a country music festival from above, killing 58 people and injuring over 500 more. He had an arsenal of 23 guns in the room, and police later found explosives and more ammunition in his car. The retired accountant had no apparent political or religious affiliations or a criminal record. The shooter fired at concert goers for 10 minutes before taking his own life. 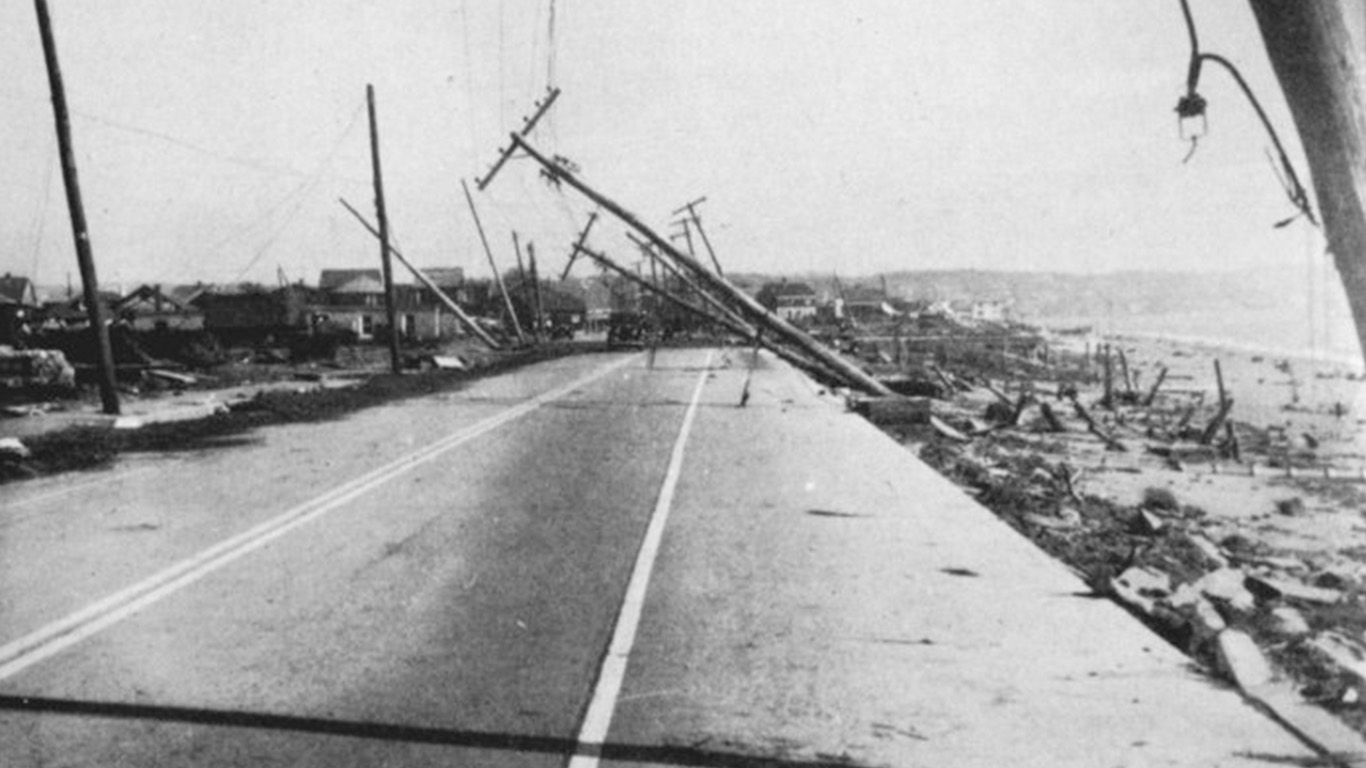 The enormous hurricane that struck the east coast in 1938 battered many Northeastern states, and New Hampshire took much more storm damage than the state was used to. The official death toll from the storm is 682, though some sources put it as high as 800. Though only 13 of those fatalities were in New Hampshire, the town of Peterborough was extensively damaged after a fire broke out in the aftermath of the storm, and firefighters were unable to battle the blaze due to flood waters. 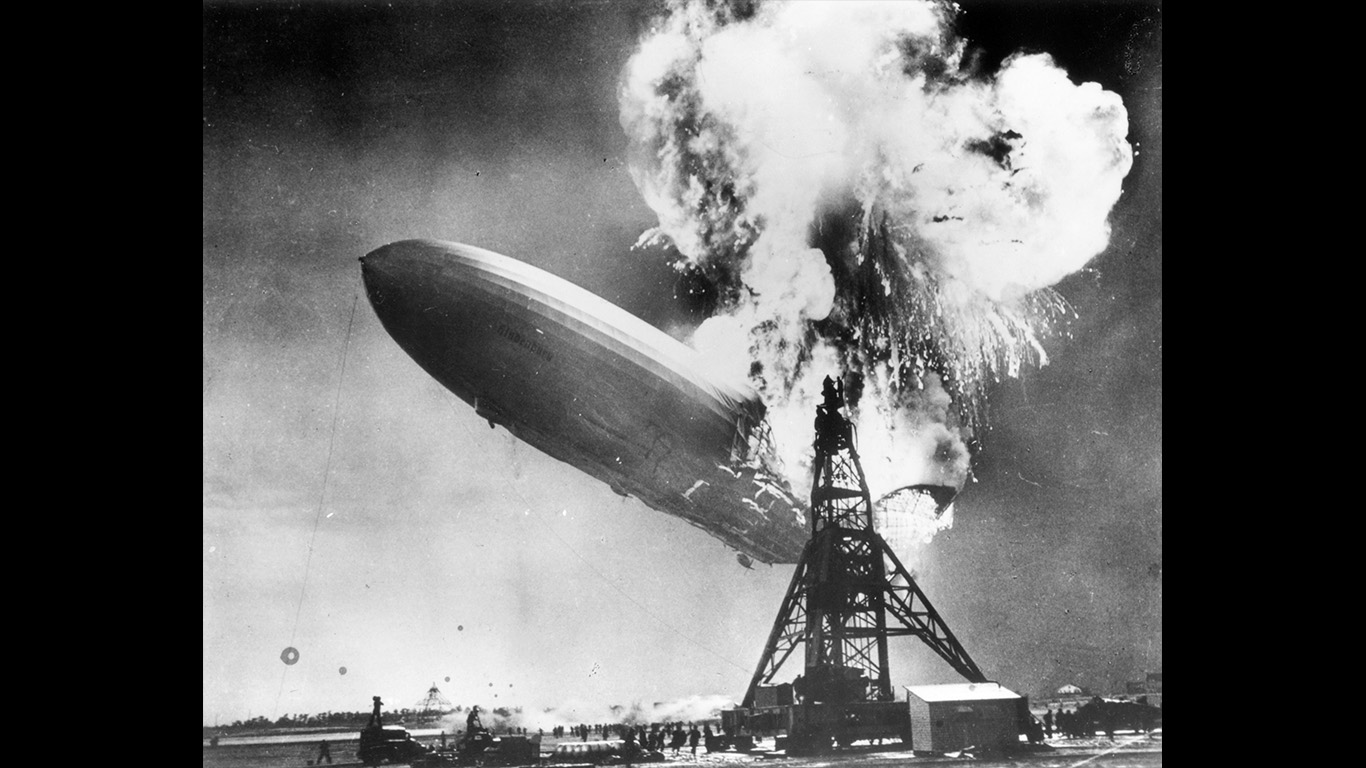 The destruction of the Hindenburg might be the most famous disaster ever filmed, remembered forever for the sorrow-filled reporting of radio announcer Herbert Morrison, “Oh, the humanity.” The zeppelin, a symbol of German technological prowess and the largest dirigible ever built, was preparing to land at the U.S. naval station in Lakehurst, on May 6, 1937 when it caught fire, killing 36 people. To this day, no one is certain what caused the explosion. The theories include sabotage, hydrogen explosion, and a fatal flaw in the coating of the Hindenburg’s covering. The Hindenburg catastrophe accelerated the demise of lighter-than-air travel.