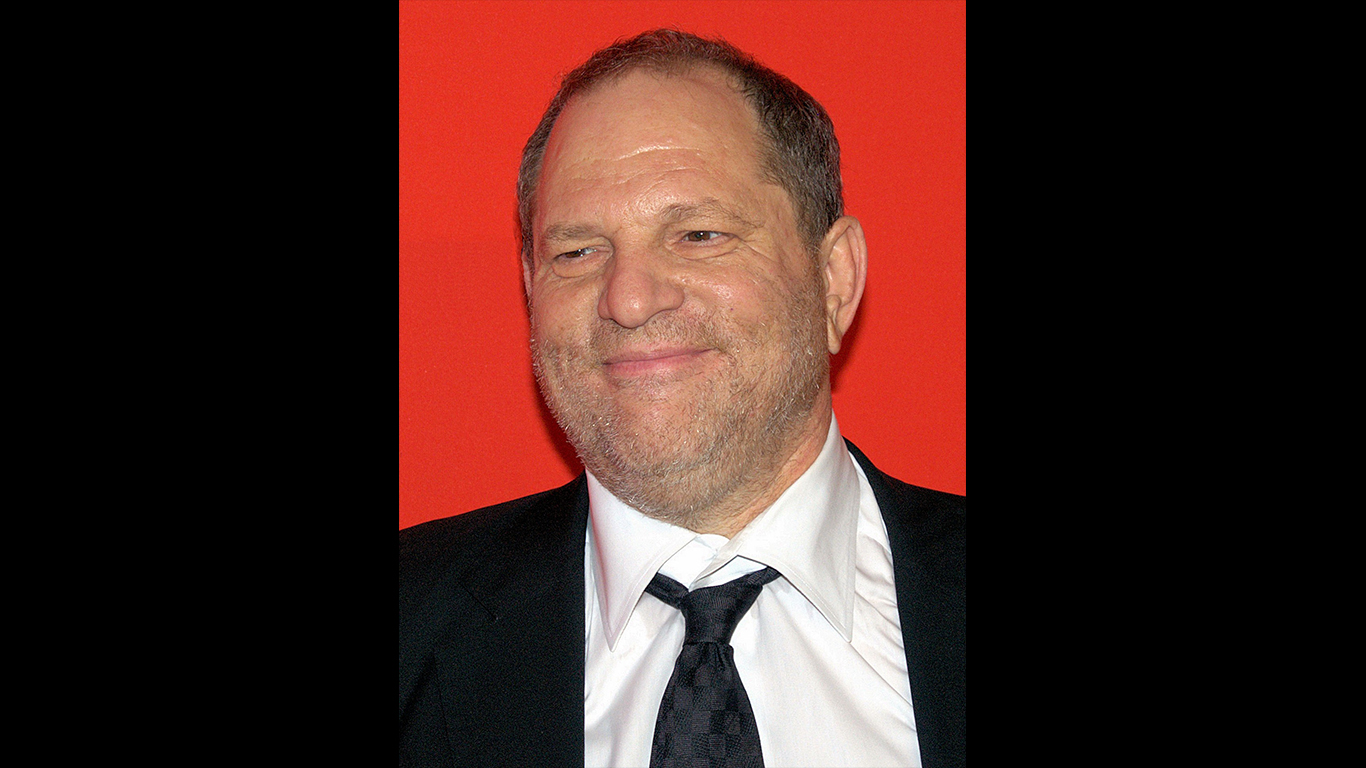 The Weinstein Company, helmed by Harvey Weinstein, was among the most storied movie producers in Hollywood history.

The company was started in 2005 by Harvey and his brother Bob. Because of a number of sexual harassment charges made against Harvey, the operations of the Weinstein Company have become untenable.

This does not mean the company is without very valuable assets, which will almost certainly be bought by third parties. Those assets include “Spy Kids,” “The King’s Speech,” “Django Unchained,” “Scary Movie 5,” and more.

There has been speculation that an outsider would invest in The Weinstein Company. In November, two women-led investor groups expressed interest in buying the company. It is a much greater likelihood, though, that the company’s assets would be distributed in a clean and direct purchase. 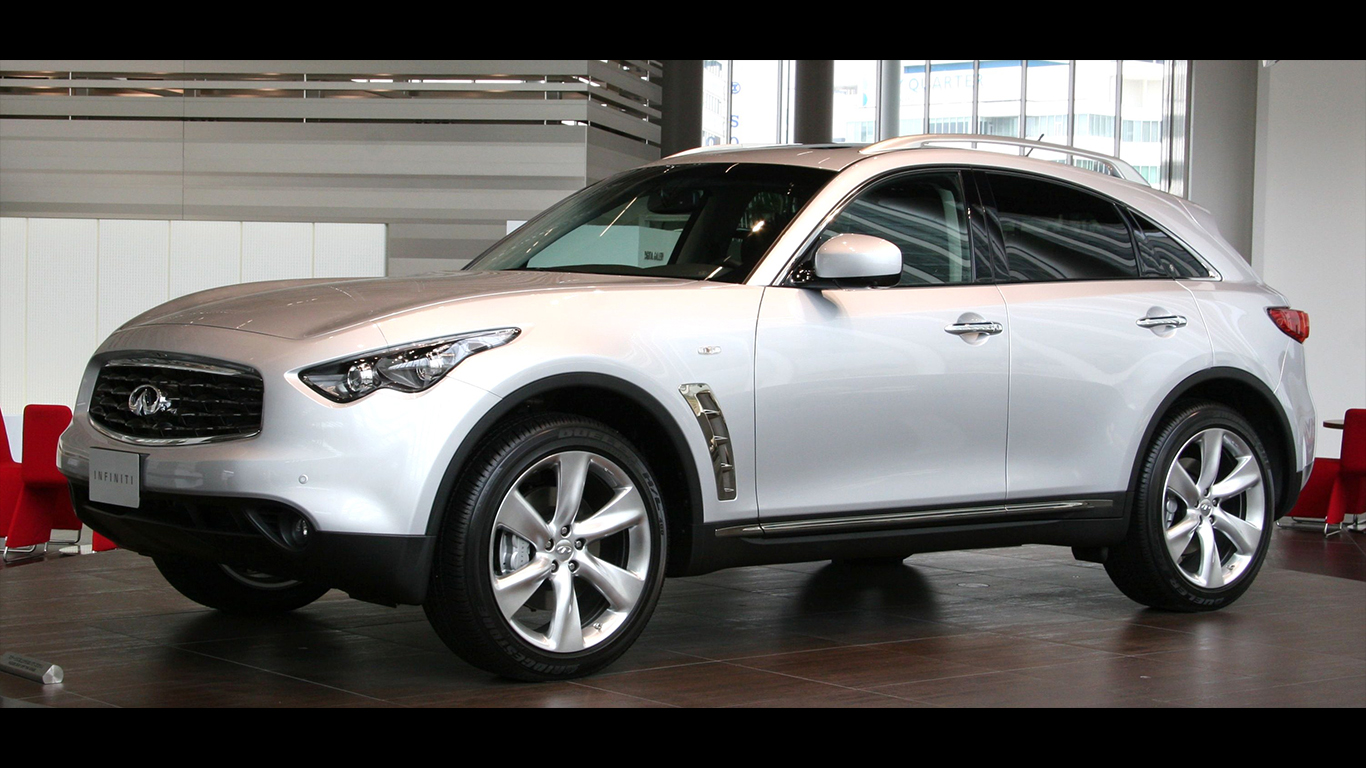 Infiniti QX70 first went on sale in the United States in 2003 and turned heads with its bold design. The QX70 practically invented the crossover sector, a segment consumers cannot get enough of.

Sales of the QX70 in the U.S. market actually climbed 50.3% in the first half of 2017 from the same period a year ago. Yet even though motorists keep buying the QX70, there are shiny new vehicles on the market, such as the QX50 and the QX80, whose sales topped the QX70 over the same six-month period. Infiniti wants to shift resources to newer models, so it is discontinuing its midsize QX70 in 2018.

In explaining the company’s decision to discontinue the QX70, a company spokesman told Motor Trend magazine that “Infiniti is preparing for new and updated crossovers and sport utility vehicles, including the all-new QX50 which we expect will become one of our best-selling products.”

QX70 is Infiniti’s most expensive crossover, and critics in the automobile industry say the QX30, QX60, and the QX50 offer more for less money. Infiniti will focus on the redesigned QX50 compact crossover and the bigger QX80.

Some auto industry observers believe Infiniti’s decision to terminate the QX70 is risky because it remains a solid-selling vehicle. 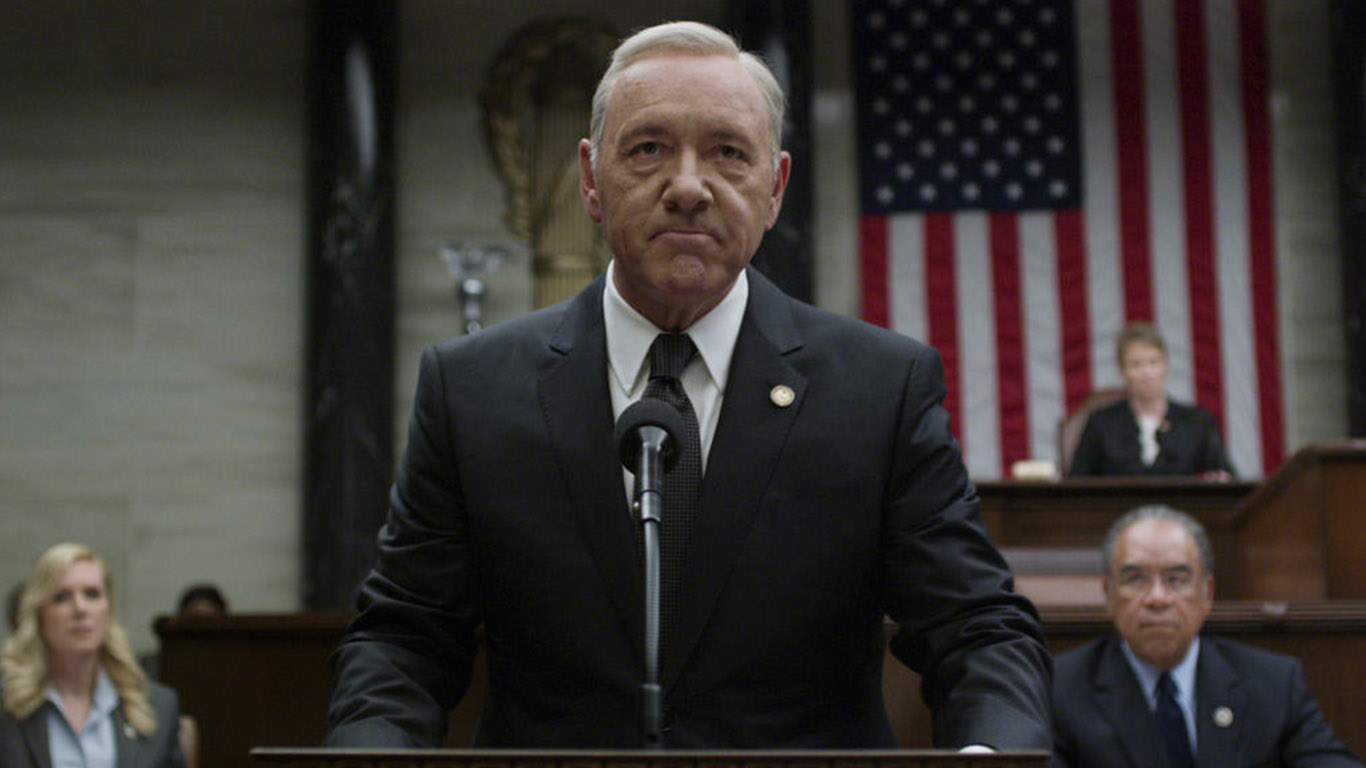 The crown jewel of Netflix’s independently produced content, “House of Cards” — the story of the struggles and rise to power of one of Washington’s most powerful people — is about to film its sixth and final season.

The series’ lead character, Congressman Frank Underwood, is played by Kevin Spacey, who has been bombarded with sexual harassment charges. Spacey will be bumped from the final season, and his character’s wife, Claire Underwood, played by Robin Wright, will become the central character.

The end of the show has come quickly, and it is a shock to Netflix. It was the first Netflix program to be nominated for the Primetime Emmys. Since then, the show, its cast, and crew have been nominated nearly two dozen times. 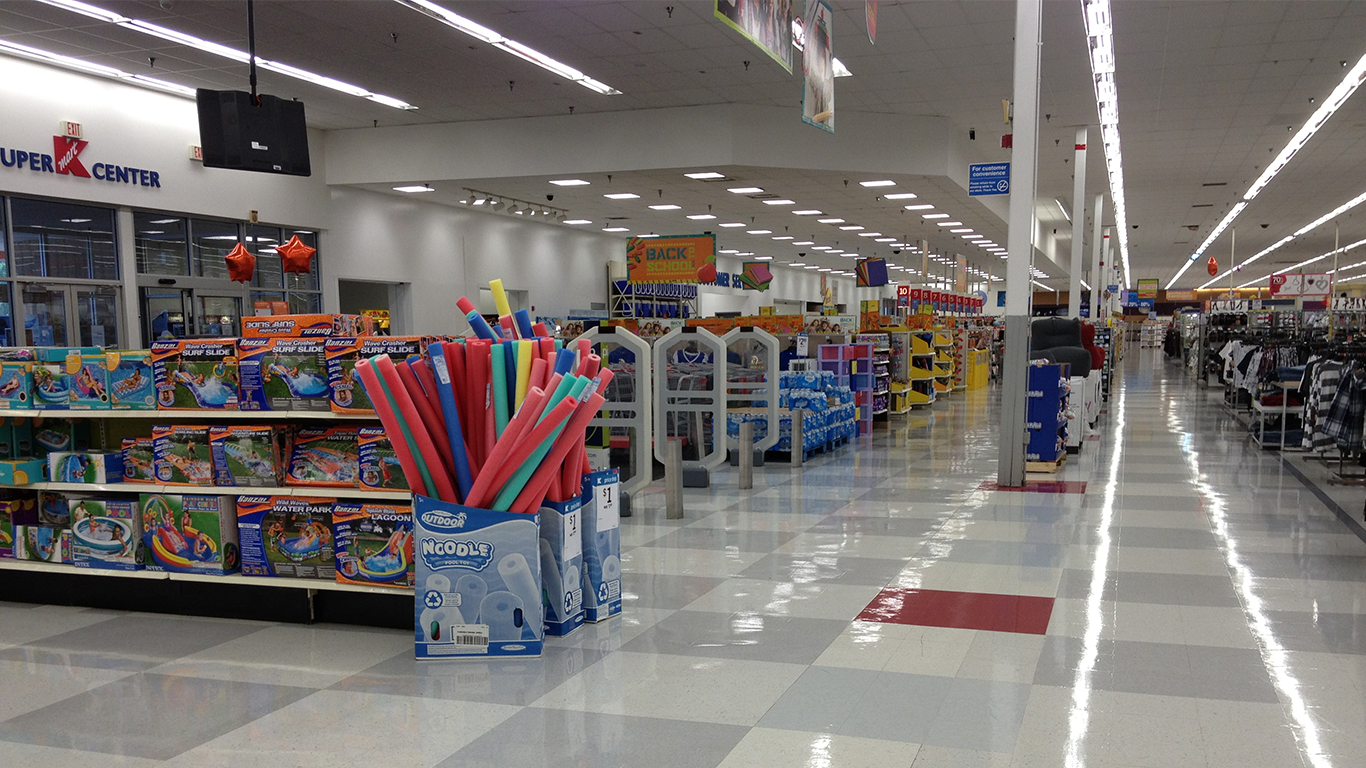 Kmart’s fate is intertwined with Sears Holdings, its parent company, which was created in 2005. The parent is controlled by CEO and largest shareholder Eddie Lampert.

Barely a month goes by without some forecast of the retail industry that includes the end of Kmart. Recently, however, the outlook for Kmart has become more dire. Ratings agency Moody’s has sharply increased its odds of Sears Holdings going bankrupt. Despite occasional efforts by Lampert to prop up the company’s balance sheet, its sales are plunging so rapidly that even infusions of capital will not provide a safety net.

In the most recent quarter, parent Sears Holdings posted revenue of $3.7 billion, down from $5 billion in the same quarter the year before. Sears Holdings said the lower revenue was the result of pharmacy closures in open Kmart stores, as well as fewer consumer electronics products available in both Kmart and Sears stores. The company reported a loss of $558 million. Kmart same-store sales fell 13%.

This will be Kmart’s last holiday, at least as an independent brand. 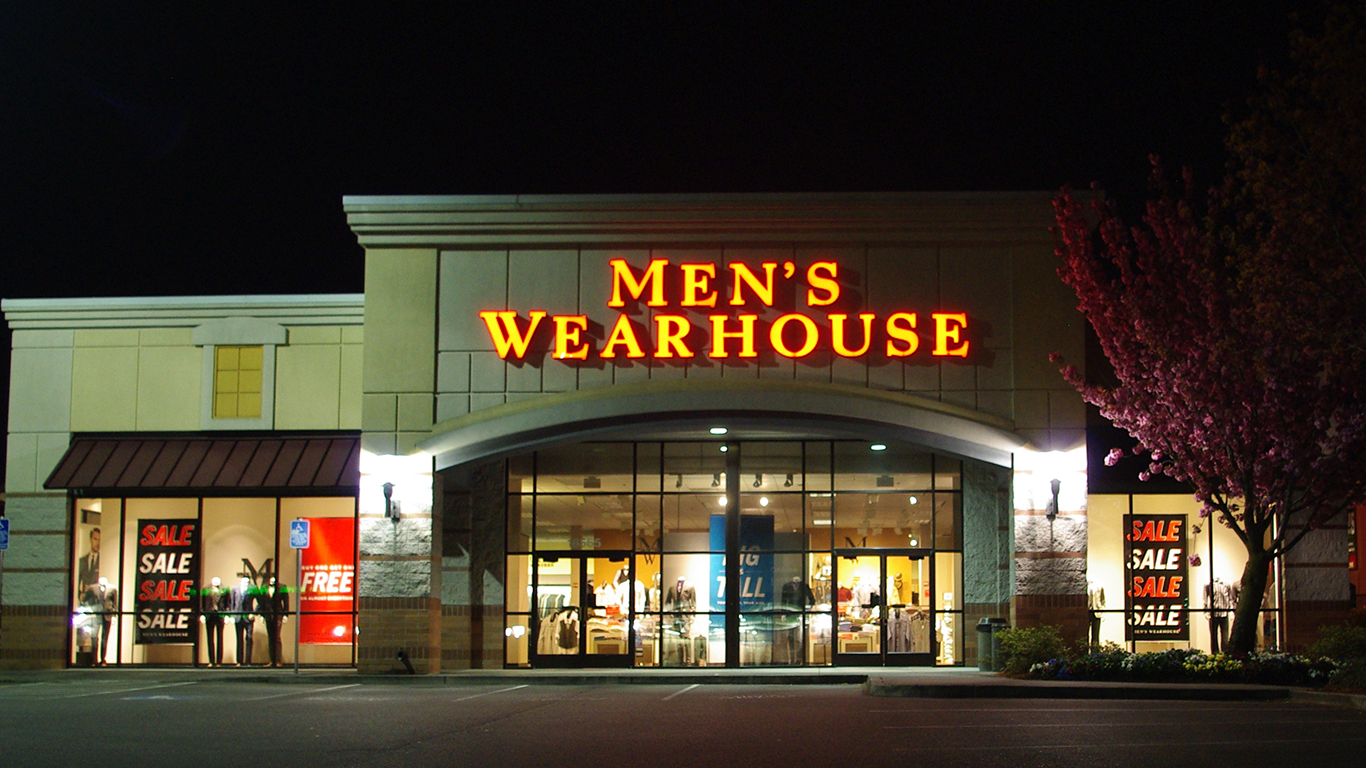 Burdened by a costly purchase of men’s clothier Jos. A. Bank and hurt by changing tastes in men’s clothes, Men’s Wearhouse might be going away in 2018. The brand made famous by founder George Zimmer’s catchphrase, “You’re going to like the way you look. I guarantee it.”

Men’s Wearhouse parent Tailored Brands bought Jos. A. Bank in 2014 for a reported $1.8 billion, betting that the merger would reduce costs. Zimmer had been opposed to the deal, and that had led to his ouster. Zimmer has not gone away quietly. Since he was fired, he has indicated that he wants to take the company private, but no offer has yet been made.

According to a Bloomberg News story earlier this year, Tailored Brands has shed more than half of its value in 2017. Much of this decline has to do with the shift to online shopping and a reduction in customer traffic in stores. It also has to do with more casual dress attitudes in the workplace as millennial workers eschew jackets and ties.

As of December 14, shares of Tailored Brands were down 8.1% so far this year. Apparently, investors do not like the way this stock looks.