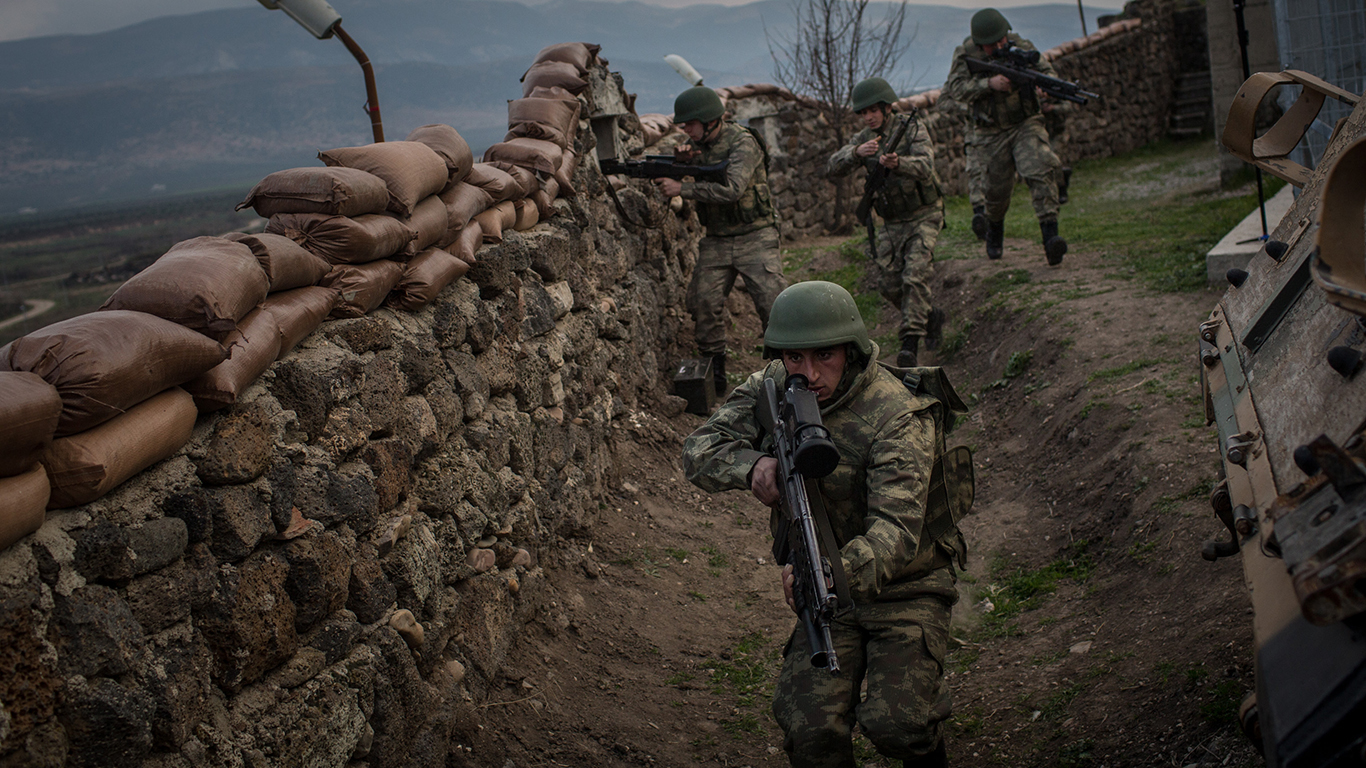 Due to substantial unrest with neighbors Syria and Iraq, Turkey’s military has carried out several bombing campaigns in 2017 and 2018, targeting U.S.-backed Kurdish fighters in Syria. Turkey has increased its military spending by 46% in the last decade, the second-largest increase among the top 15 military spenders in the world. Turkey is a member of NATO and operates as a buffer between European NATO members and the countries besieged with violence in the Middle East. 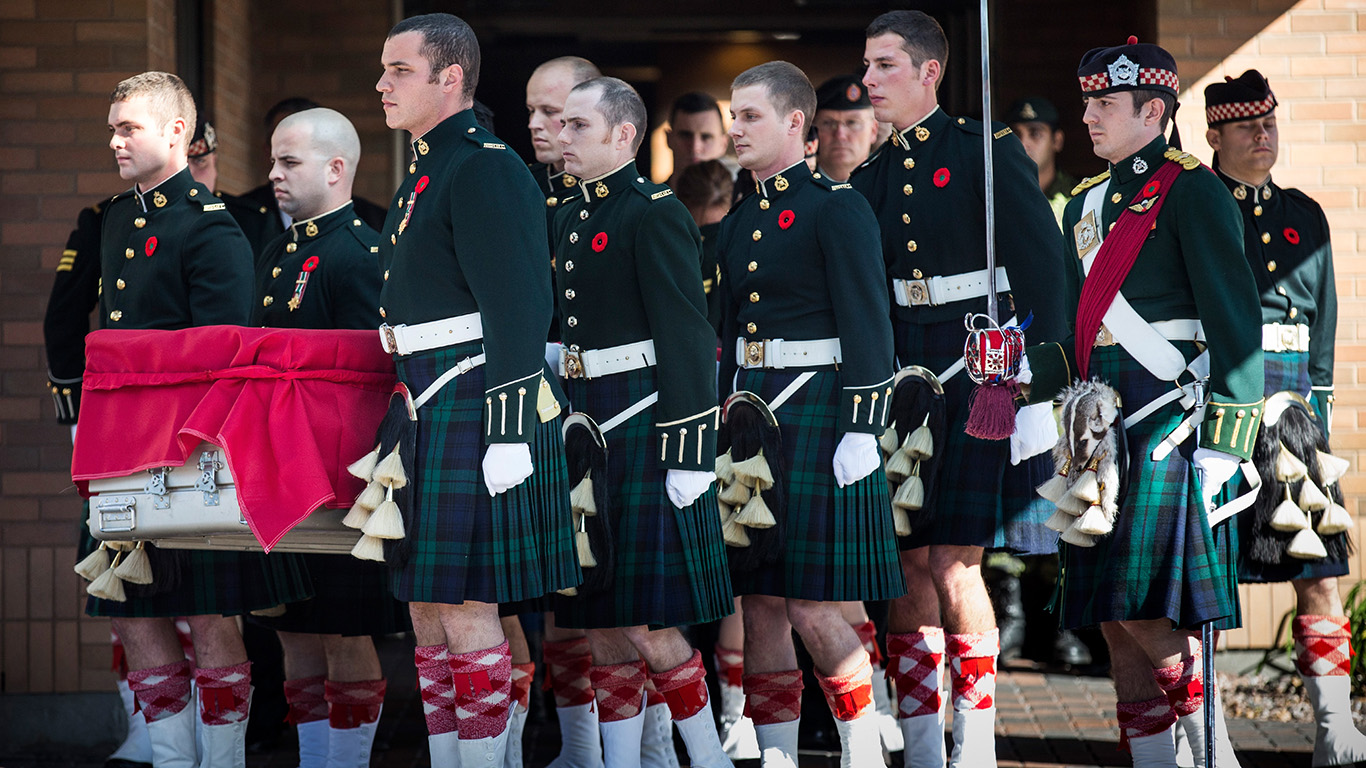 Canada spent $20.6 billion on its military in 2017, the 14th highest amount in the world. Still, Canada’s military expenditure accounts for a relatively low percentage of the nation’s GDP at just 1.3%. This percentage is lower than a dozen other nations on this list. On average, the other 14 countries on this list spend 2.7% of GDP on their militaries, more than double what Canada spends. 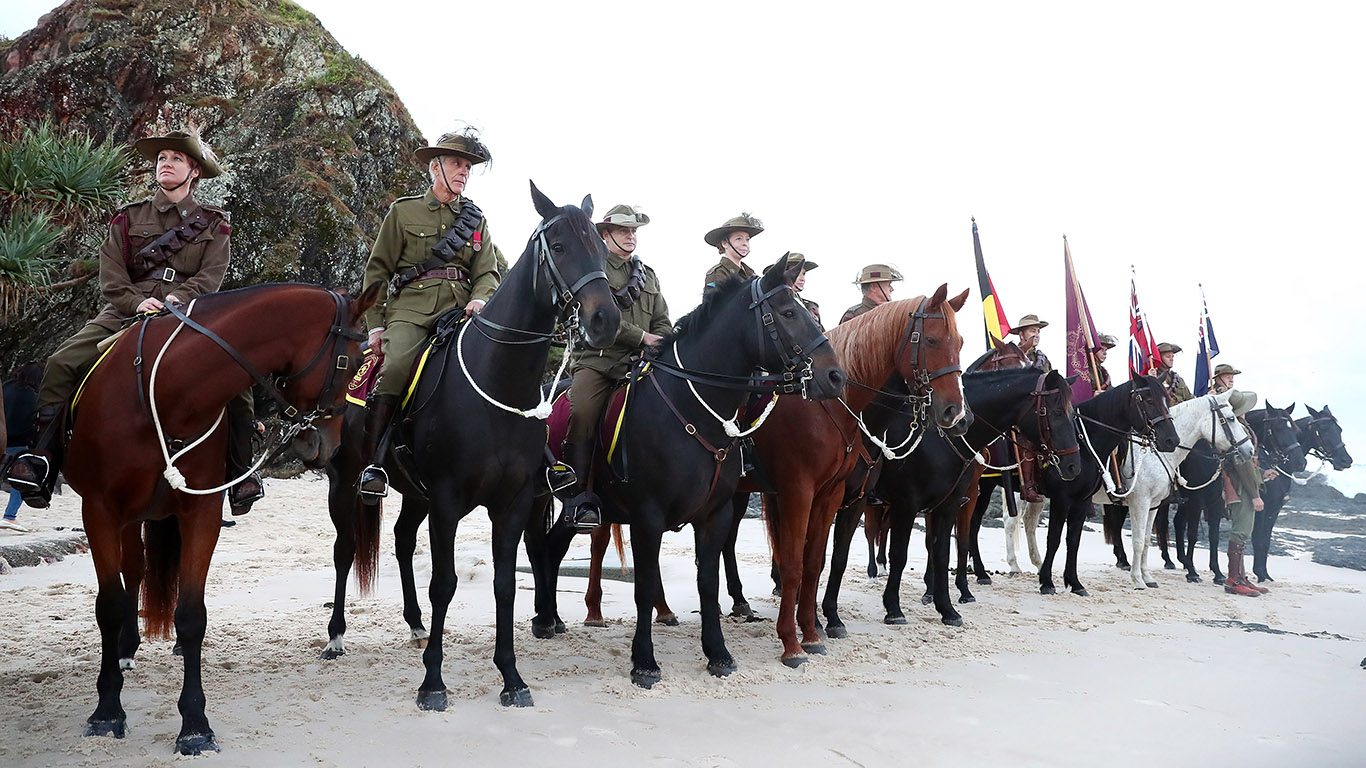 Citing disputes in the South China Sea and a rise in terrorism in Europe, Australian leaders have opted to build up the island nation’s military. Australia spends 2% of its GDP on its military, and it has one of the highest per-capita military expenditures among countries on this list at $1,123. Of the 15 nations with the largest military budgets, only the U.S. and Saudi Arabia spend more on their armed forces per person than Australia. 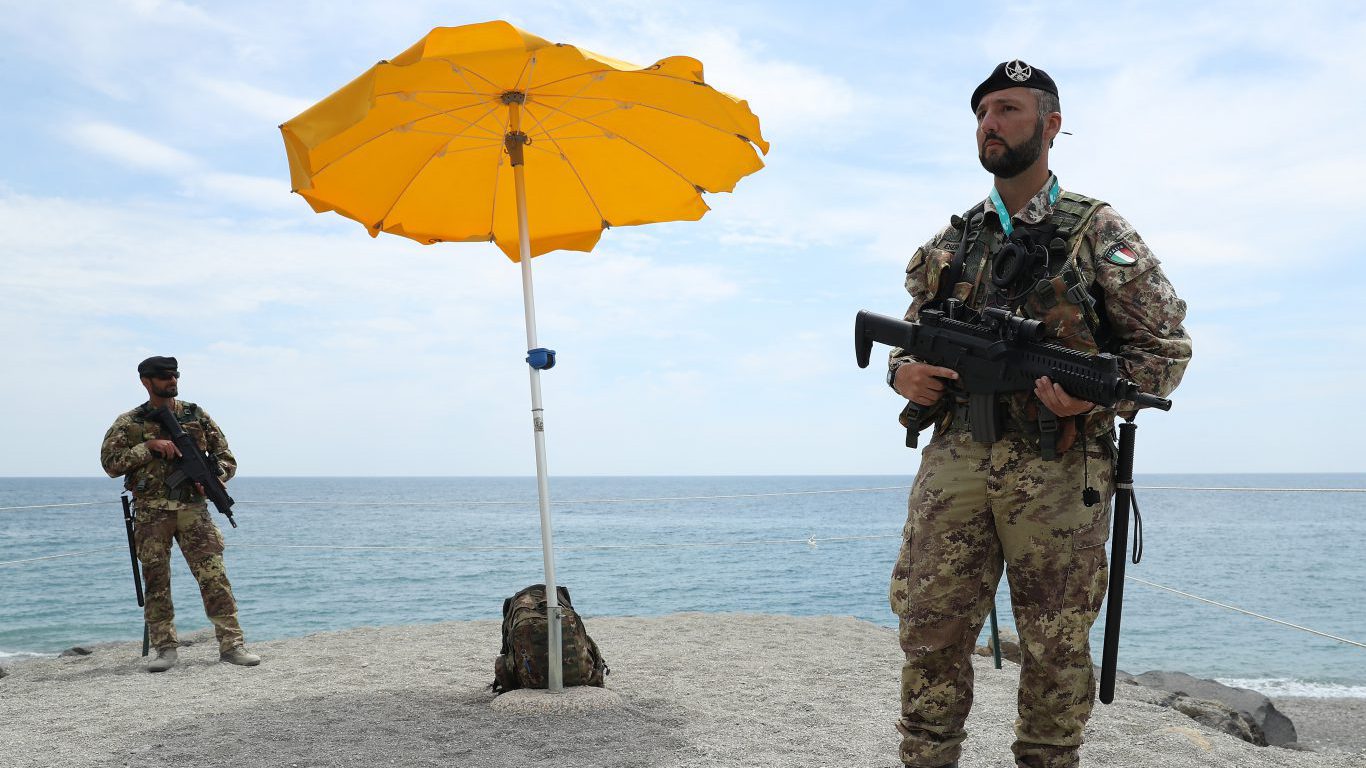 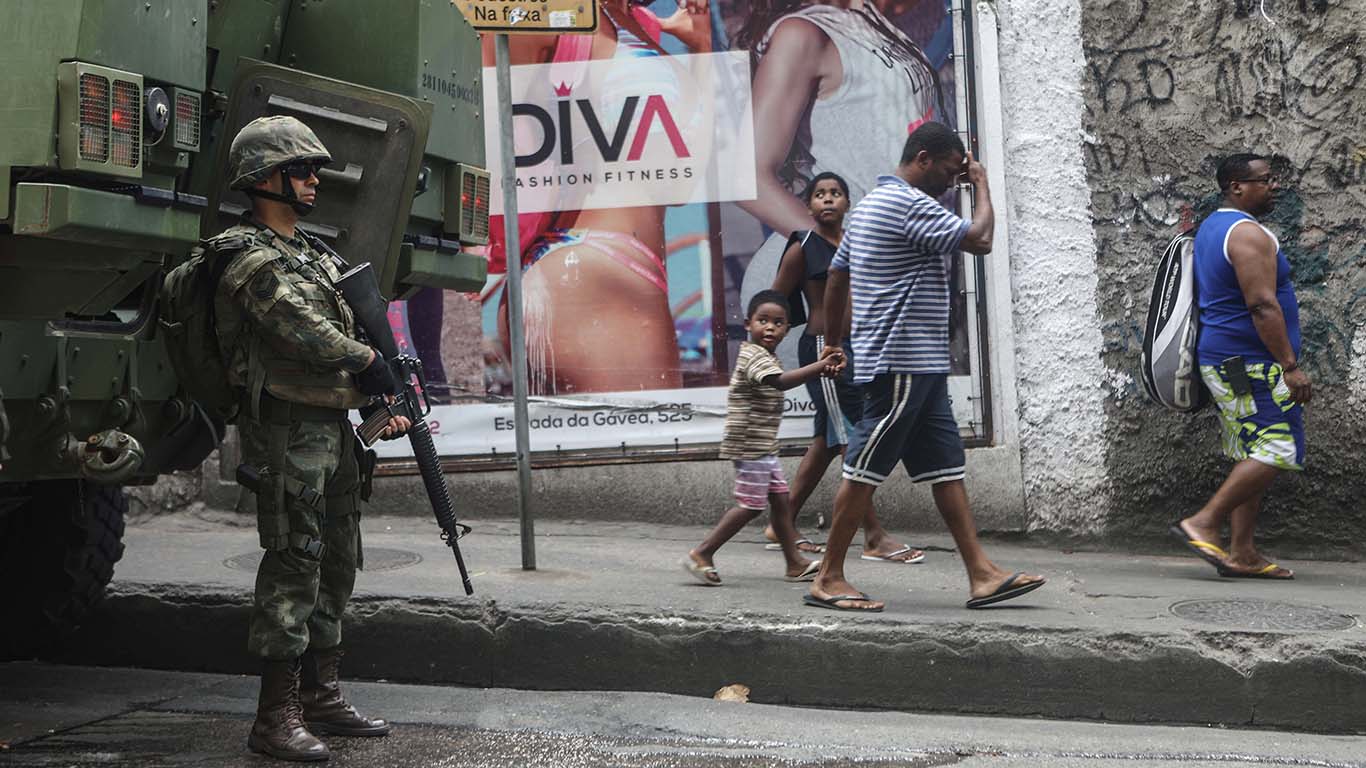 As one of the largest nations in the world, Brazil also has one of the largest military budgets. Brazil spent $29.3 billion on its military in 2017, or 1.4% of its GDP that year. Men are required to serve in the Brazilian military for at least 10 months. Brazil is the only country in South America on this list. It is also unique from many of the other countries on this list in that much of its military resources are used to deal with issues within its own borders. Brazilian armed forces are often deployed to keep the peace in the country’s low-income neighborhoods known as favelas.