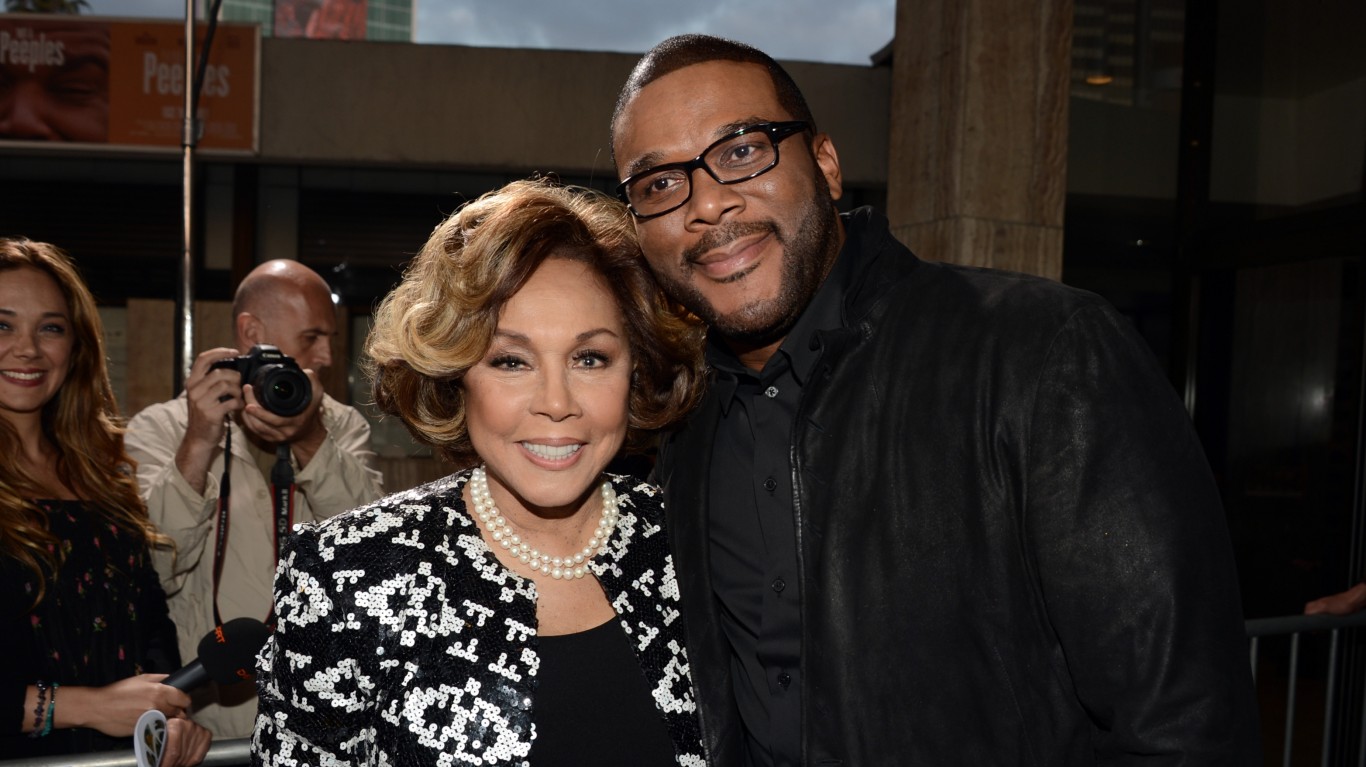 One of the oldest breast cancer survivors on this list, Diahann Carroll is now 83. Carroll is the first black actress to star in her own series. Her acting career began in 1954, but her big break didn’t come until 1968, when she was cast as the lead in the comedy series “Julia.” Carroll is also known for her role as Jane Burke in the hit drama series “Grey’s Anatomy.” She was diagnosed in 1998 at the age of 63. Her treatment plan involved a lumpectomy and 36 rounds of radiation. She was able to avoid chemotherapy. 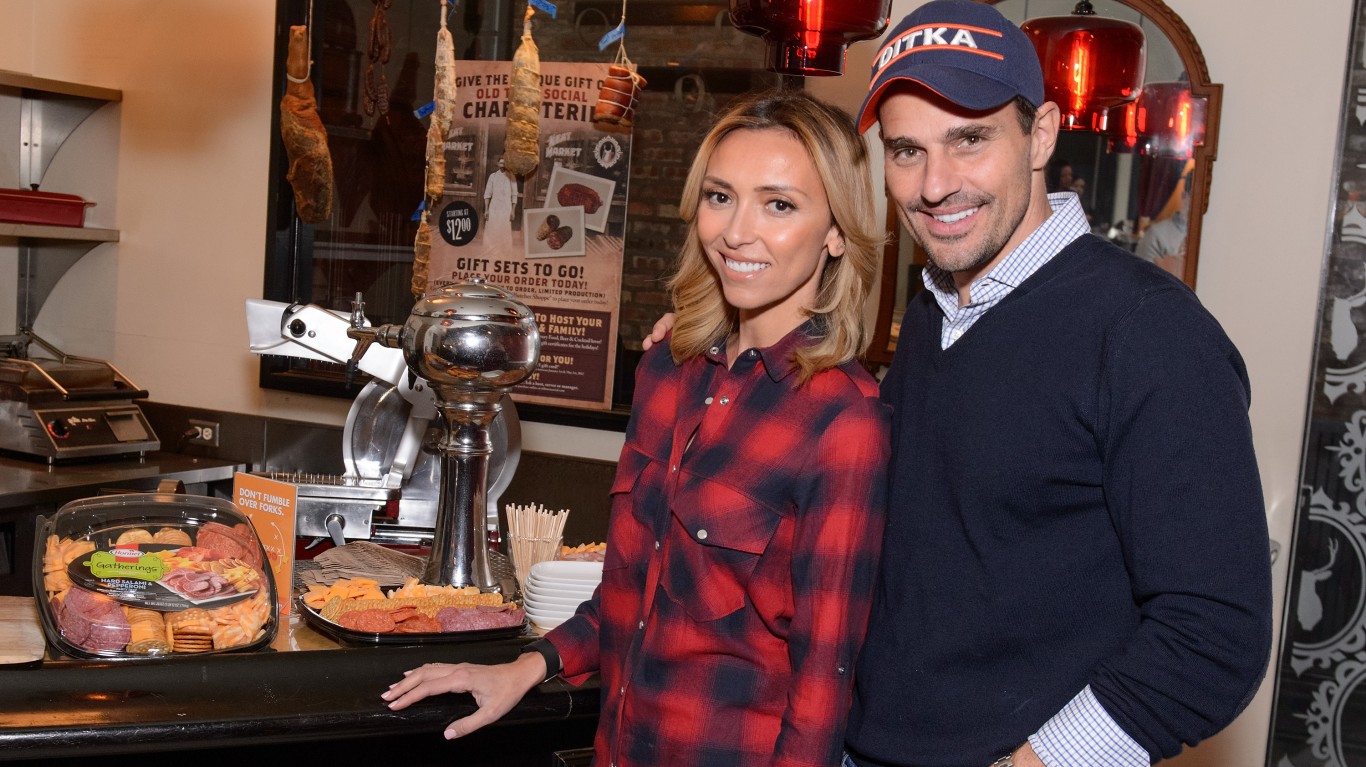 Giuliana Rancic has been one of the prominent faces of “E! News” since she landed the gig as co-host in 1999. Rancic and her husband Bill had been trying to have children for years, and it wasn’t until the third round of in vitro fertilization that doctors noticed an abnormality. In a mammogram preceding the IVF procedure, an early-stage tumor was detected. Doctors attempted to remove the lump, but the procedure failed to eradicate all of the cancerous cells. Knowing that chemotherapy and radiation would hinder their chances of conceiving, Rancic decided to have a mastectomy. Today, the couple has a child thanks to a gestational surrogate, and Rancic lives cancer-free. 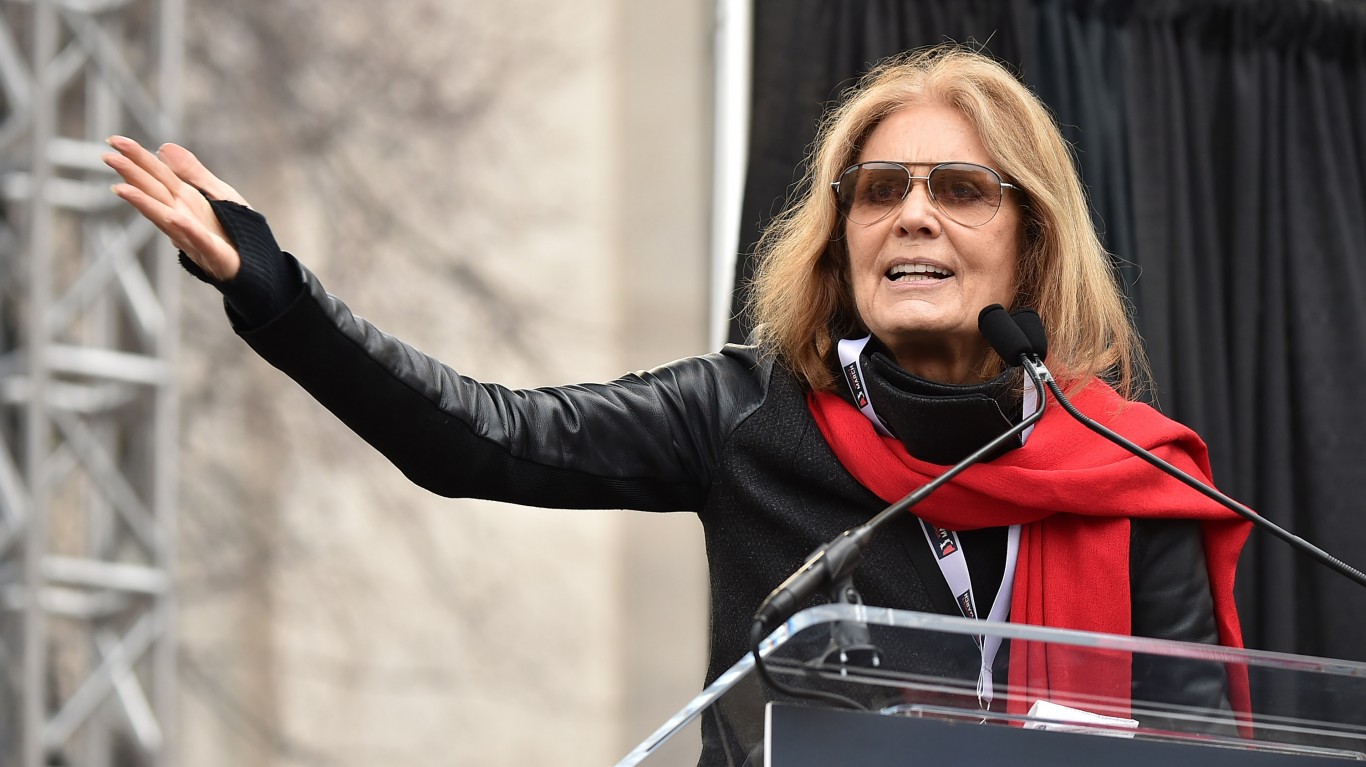 The famed feminist, author, and political activist Gloria Steinem at 84 is the oldest cancer survivor on this list. Steinem was diagnosed with breast cancer at the age of 52 in 1986. She underwent a lumpectomy and radiation and has been free of cancer ever since. She still plays an active role in advocating for women’s equality, giving lectures and speaking at events across the U.S., including the 2017 Women’s March in Washington, D.C. 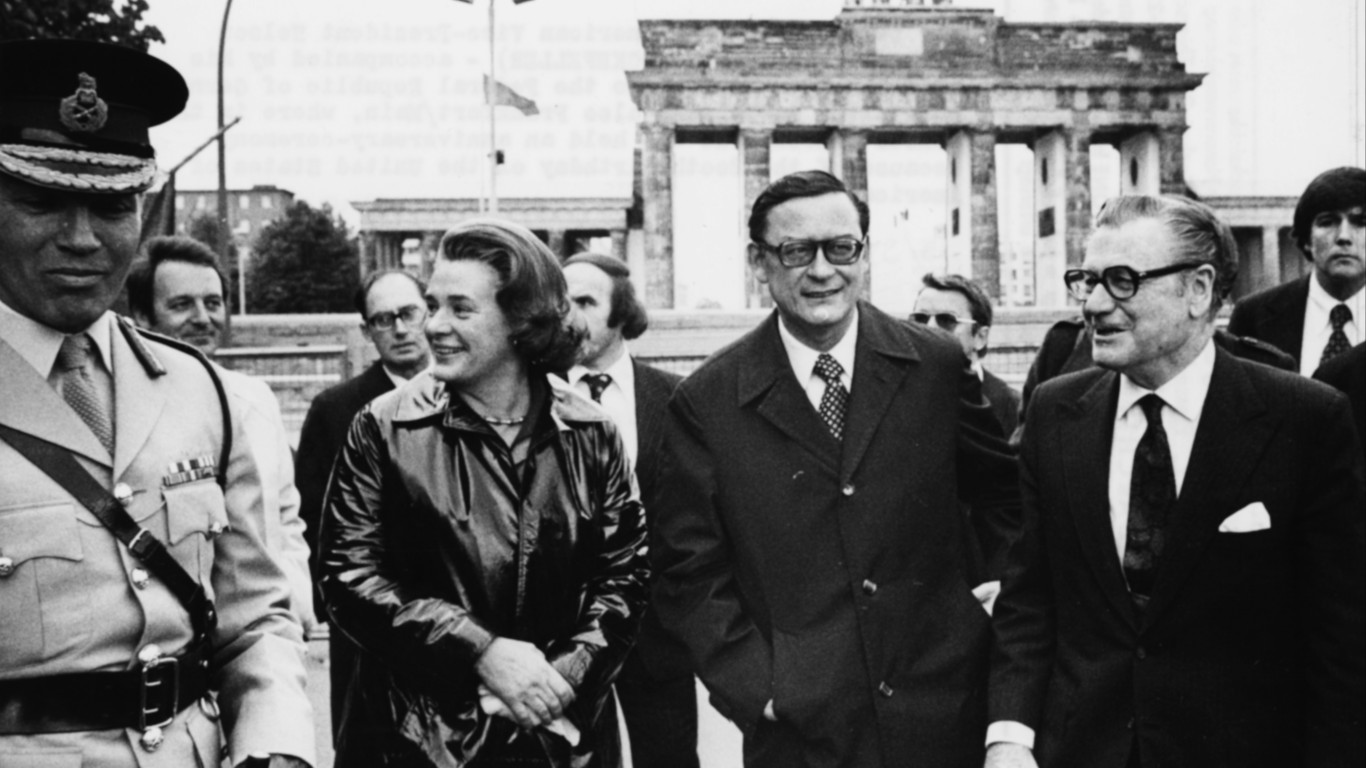 The socialite Margaretta “Happy” Rockefeller entered the limelight after she divorced her first husband in 1963 to marry New York Gov. Nelson A. Rockefeller. It’s believed that Nelson lost the Republican presidential nomination in 1964 because he also divorced his wife so that he could be with Happy, who was 18 years his junior. Ten years later, as Nelson waited for the Senate’s approval for him to be vice president to President Gerald Ford, Happy was diagnosed with breast cancer. She endured a double mastectomy around the same time that President Ford’s wife Betty had a mastectomy for her breast cancer. Both women are credited with boosting awareness about the importance of early detection. 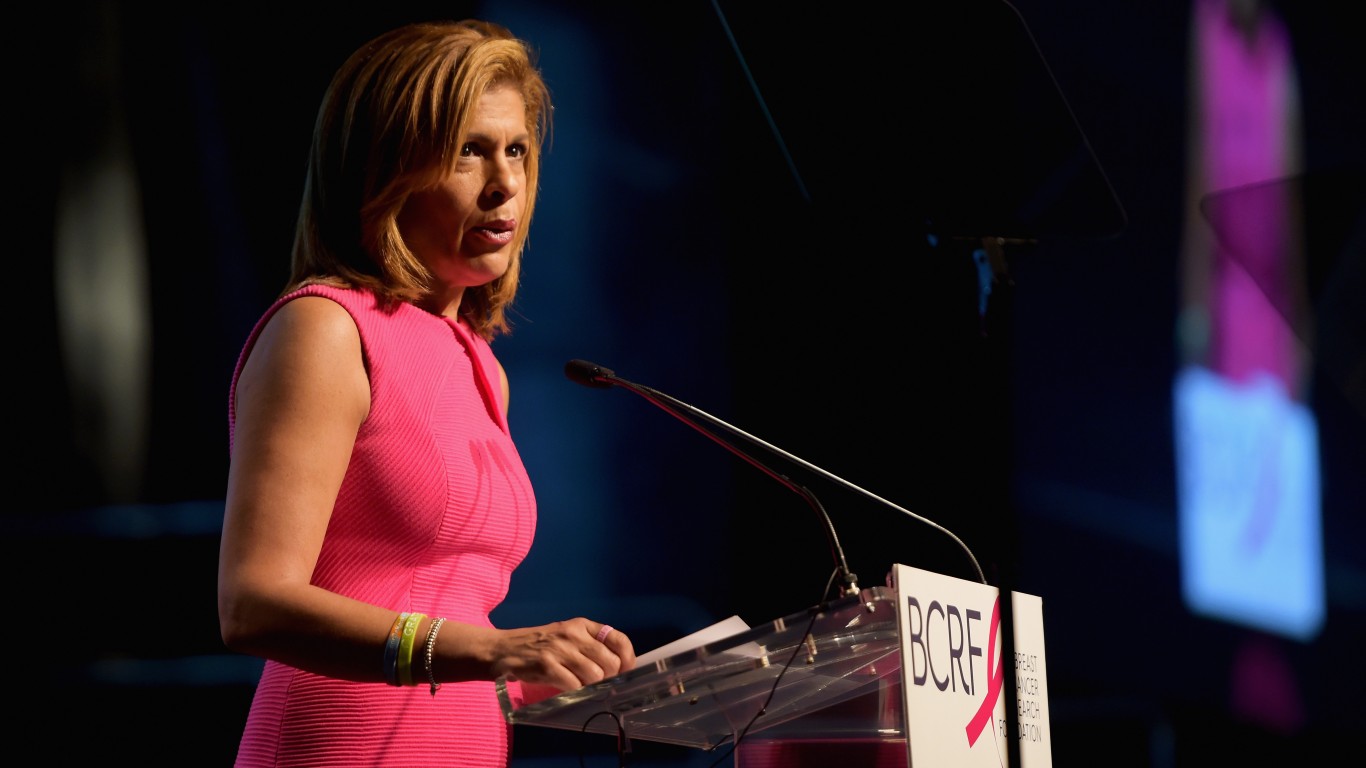 “Today” show anchor Hoda Kotb is a breast cancer survivor. In 2007 she received the dreaded phone call from her doctor that confirmed she had breast cancer. Kotb had a mastectomy followed by reconstructive surgery. Luckily, she didn’t require chemotherapy because the cancer had not spread to her lymph nodes. Instead, she took tamoxifen, a drug used to treat early stage breast cancer post surgery. This drug, like chemotherapy and radiation, can cause infertility. At the age of 52, Kotb is cancer-free and has adopted a baby girl.