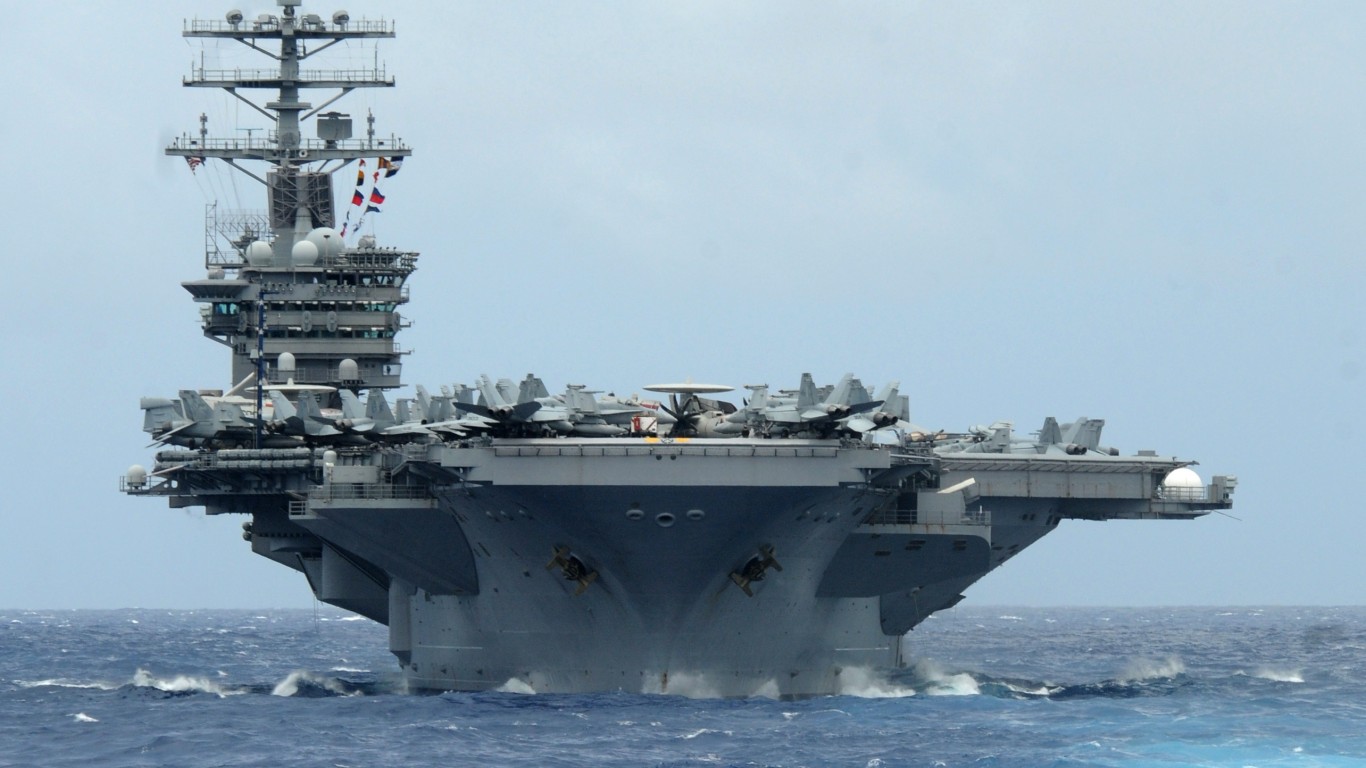 The oldest aircraft carrier is still active in the U.S. Navy’s fleet. It was the first of the Nimitz class of carriers, which today includes 10 of the 11 active carriers. The ship is named in honor of Fleet Admiral Chester W. Nimitz, who commanded Allied forces in World War II. The ship’s homeport is Naval Base Kitsap in Washington state. 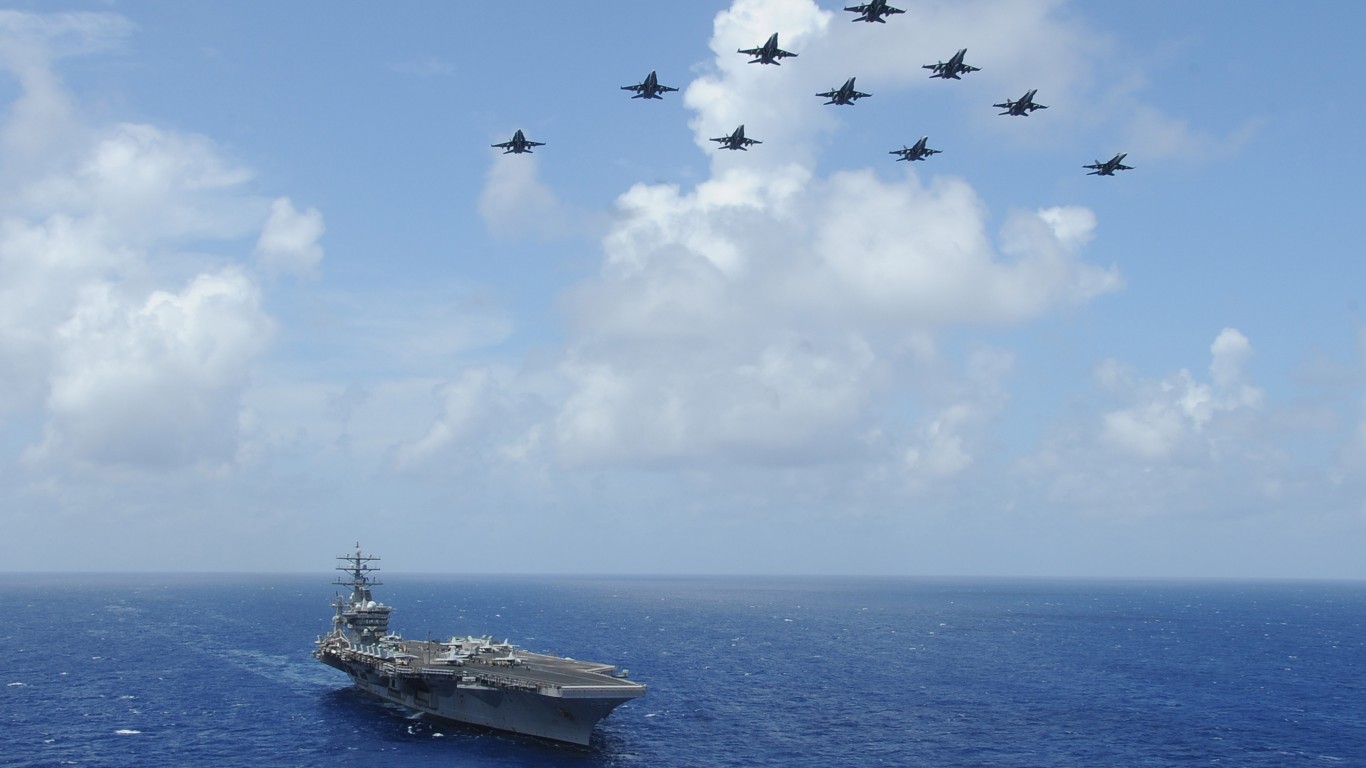 The USS Dwight D. Eisenhower was named in honor of the Allied commander and U.S. president and commissioned in 1977. Its homeport is in Norfolk, Virginia. Like its fellow Nimitz-class ships, the USS Eisenhower is 1,098 feet long and weighs more than 78,000 tons. The USS Eisenhower has been active in the Middle East, helping rescue U.S. embassy workers from Beirut during the 1982 Lebanese Civil War. It also kept watch over the Red Sea when Iraq, led by Saddam Hussein, invaded Kuwait in 1990. 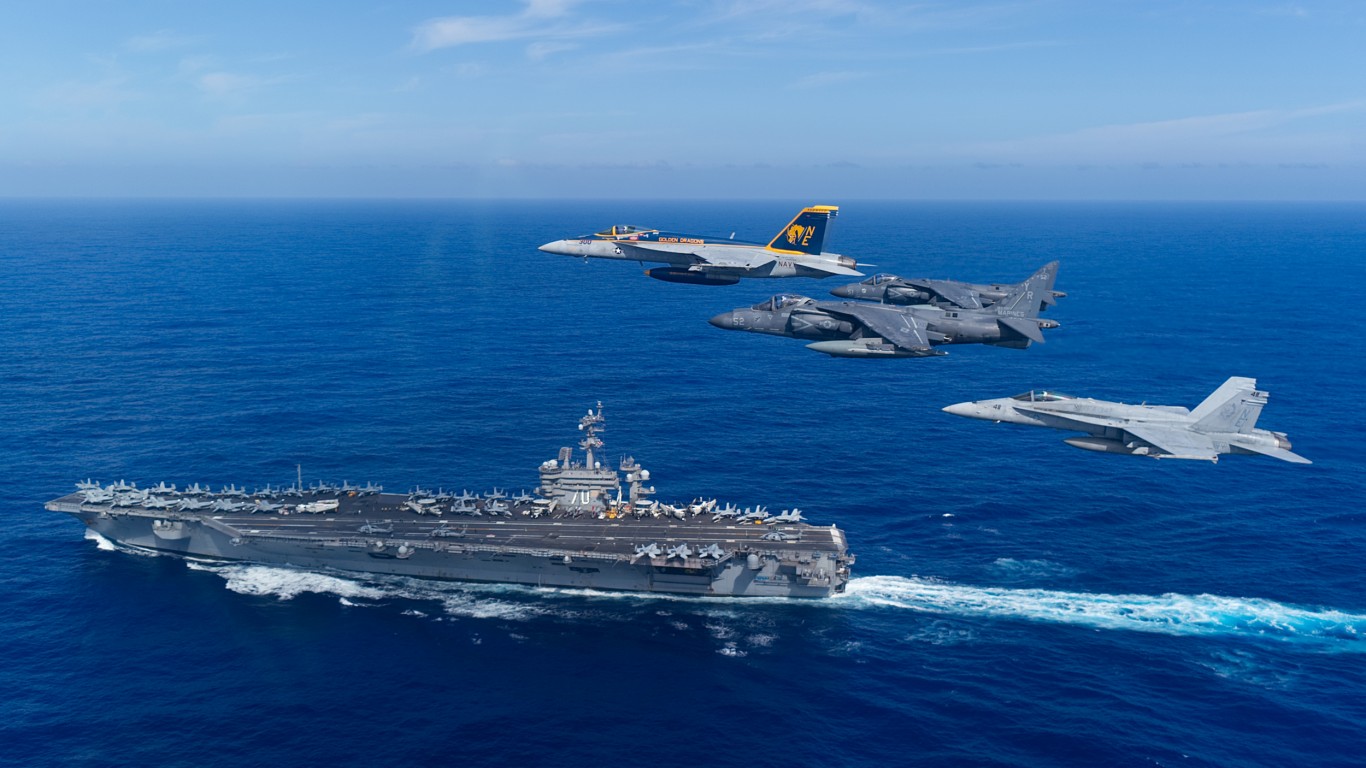 The USS Carl Vinson has been in the news frequently as of late for different reasons. Perhaps most notably, it served as the staging area for Osama bin Laden’s burial after he was killed by U.S. forces. As no country would take the terrorist leader’s remains, he was buried at sea, and slid off the vessel. The USS Carl Vinson also recently patrolled the South China Sea amid rising tensions on the Korean Peninsula. The ship, named for the Georgia congressman who chaired the Committee for Naval Affairs, recently had its homeport moved from San Diego to Bremerton, Washington. 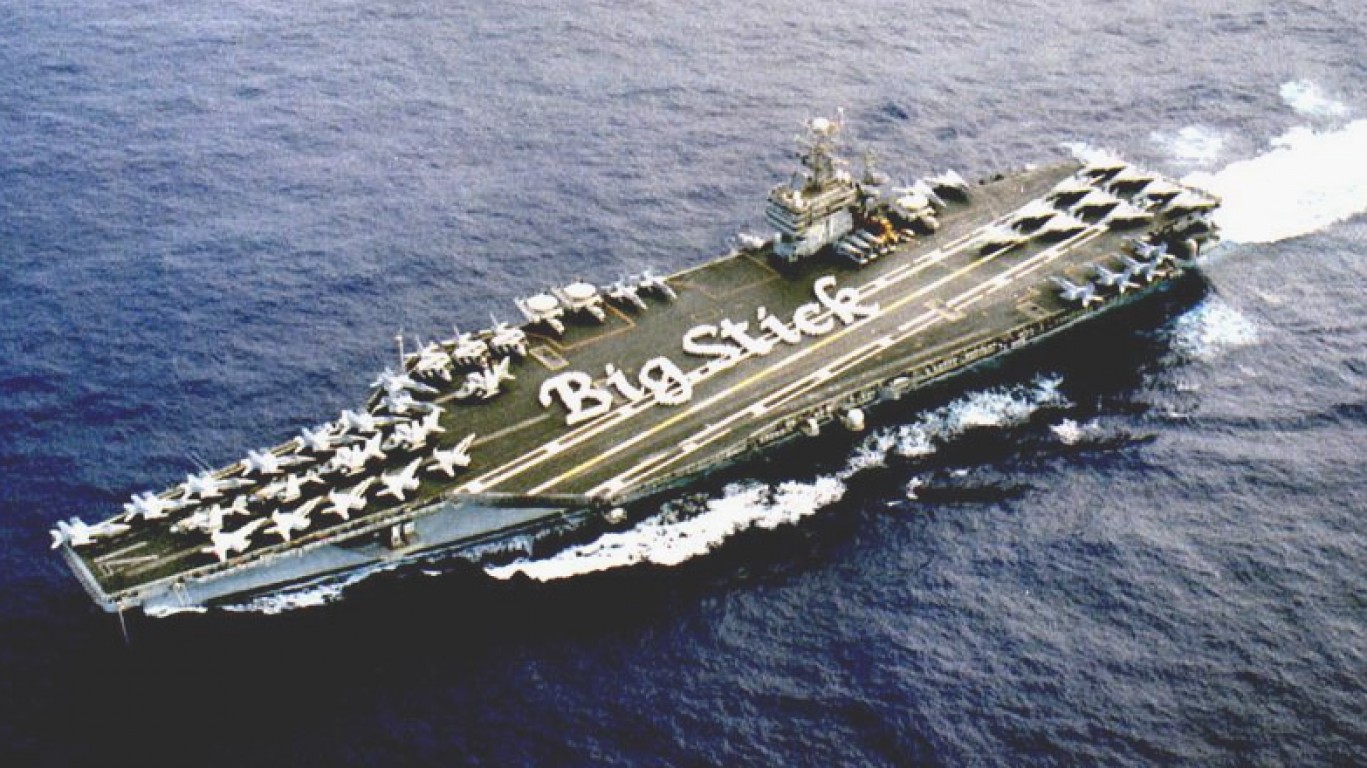 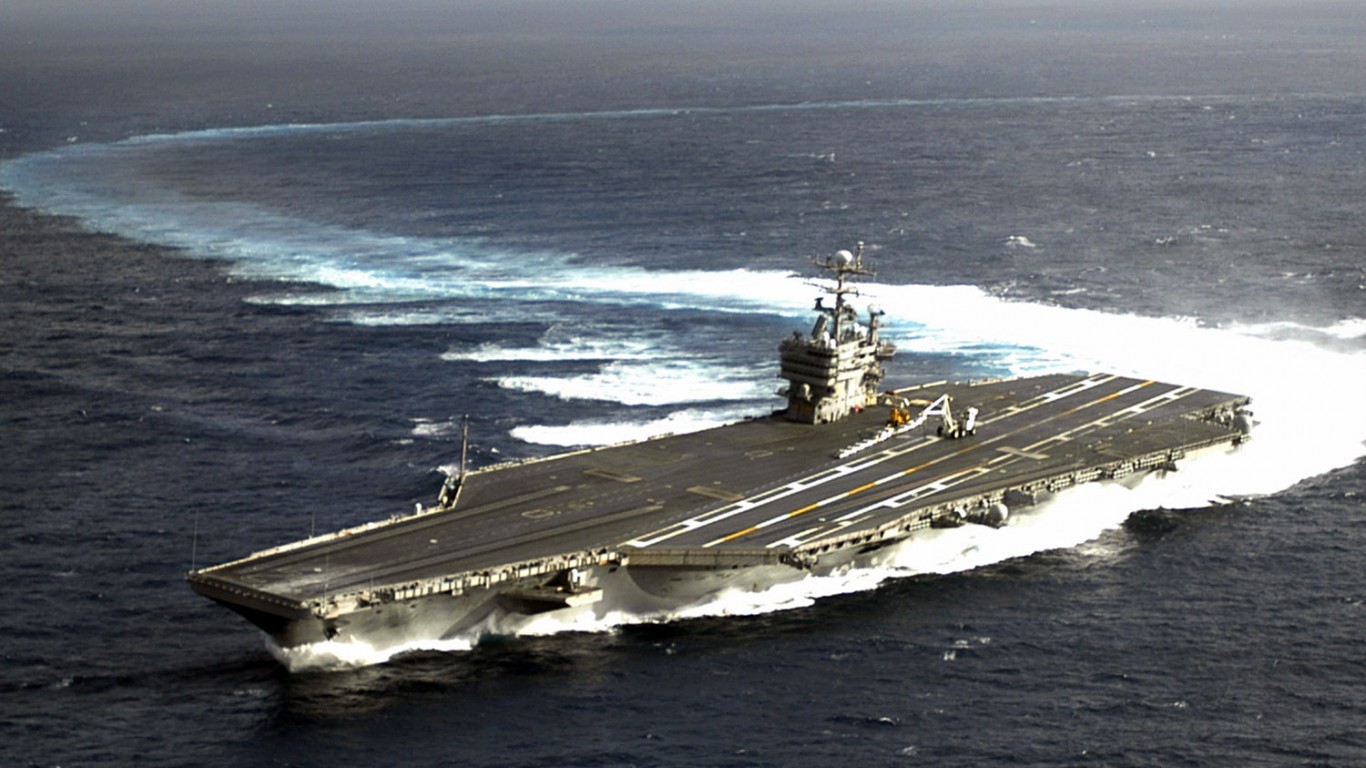 Like many of the carriers in the U.S. fleet, the plans for the USS Abraham Lincoln drastically changed in the wake of the Sept. 11 terror attacks on the U.S. Aircraft from the Lincoln’s deck dropped more than 1.8 million pounds of ordnance during Operations Enduring Freedom and Iraqi Freedom. The Lincoln was the ship on which President George W. Bush famously stood in front of a banner reading “Mission Accomplished” in 2003, even though the war was nowhere near over.