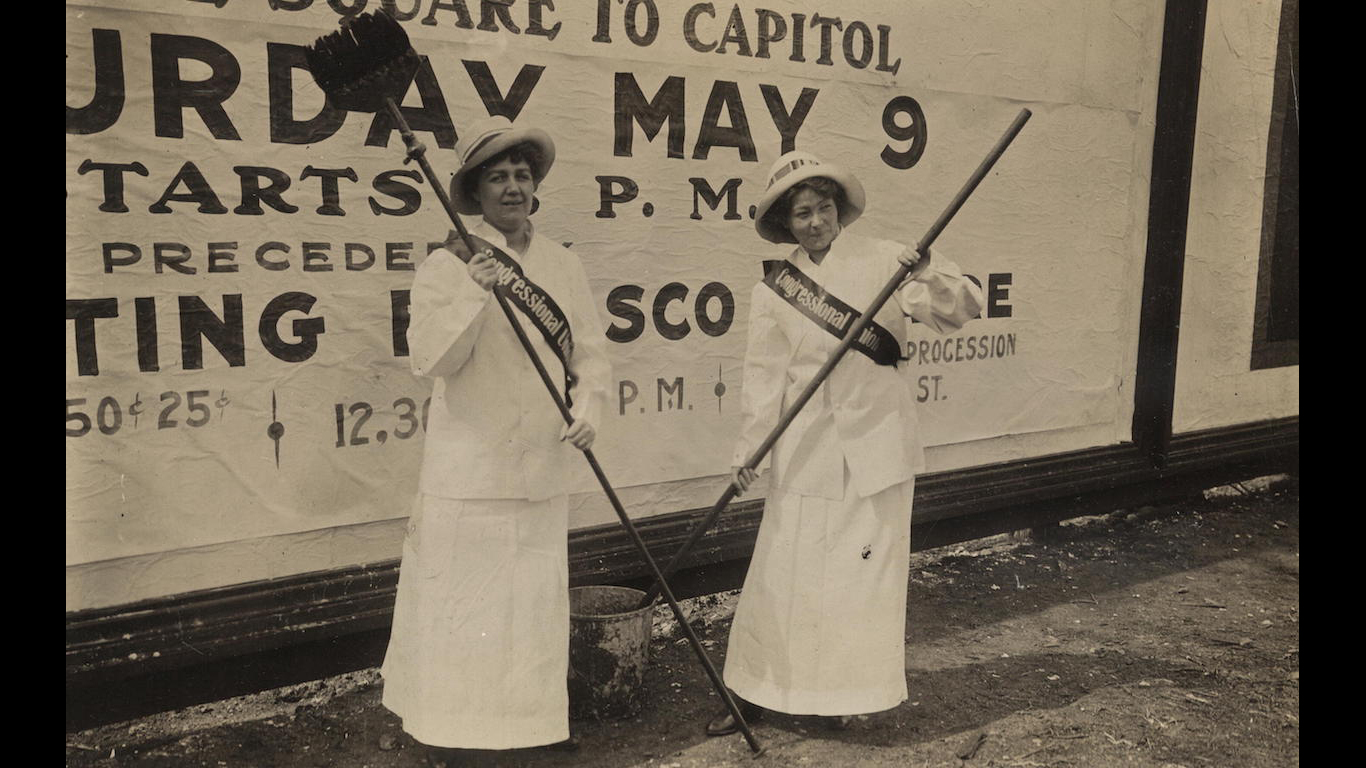 Source: Courtesy of Library of Congress

Wyoming’s legislature voted to grant all female residents of the territory 21 years and older the right to vote in 1869. The bill was proposed by saloonkeeper William Bright, who was also president of the legislature’s upper house. 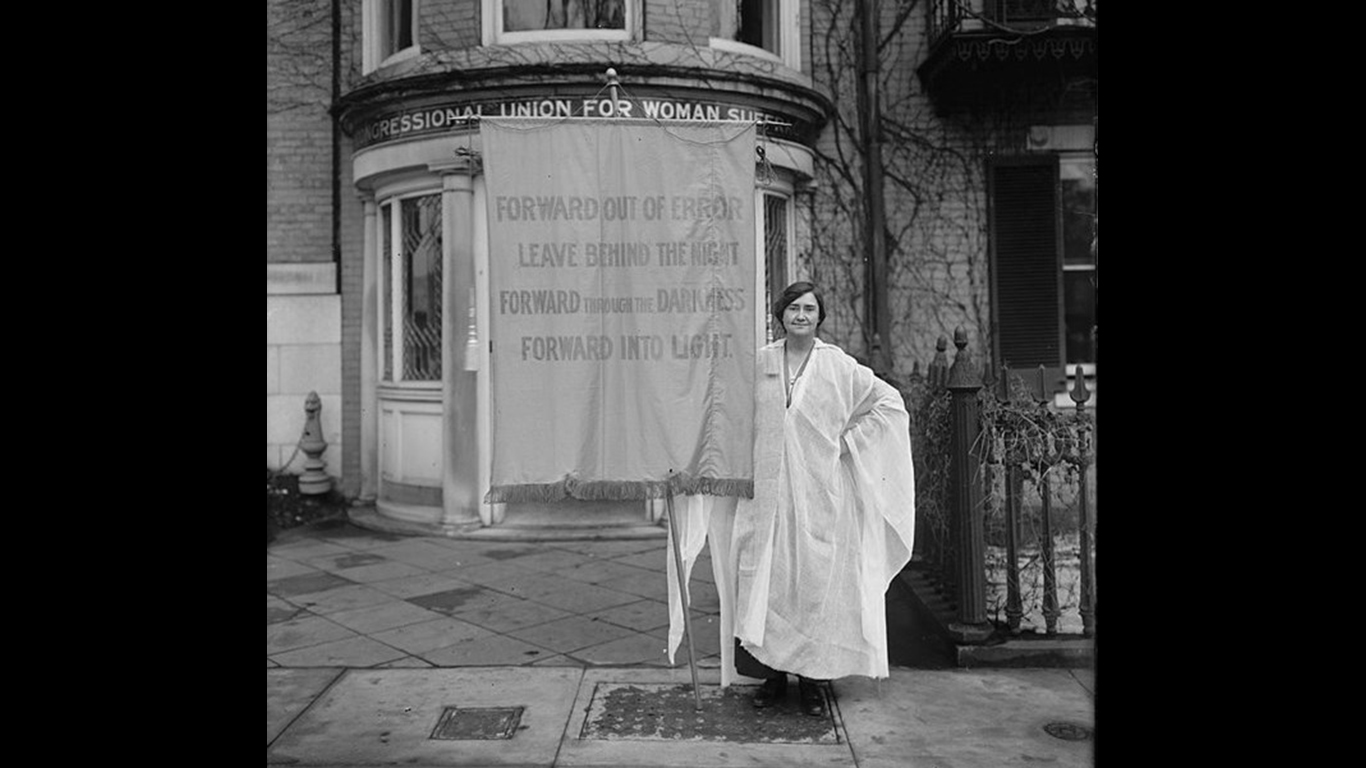 After Utah became the second territory to grant suffrage, Congress disenfranchised its women in 1887 — an act designed to weaken Mormon political power and punish their practice of polygamy. In 1895, after the church had ended its acceptance of polygamy, Utah became a state, and suffrage was restored through the state constitution in 1896. 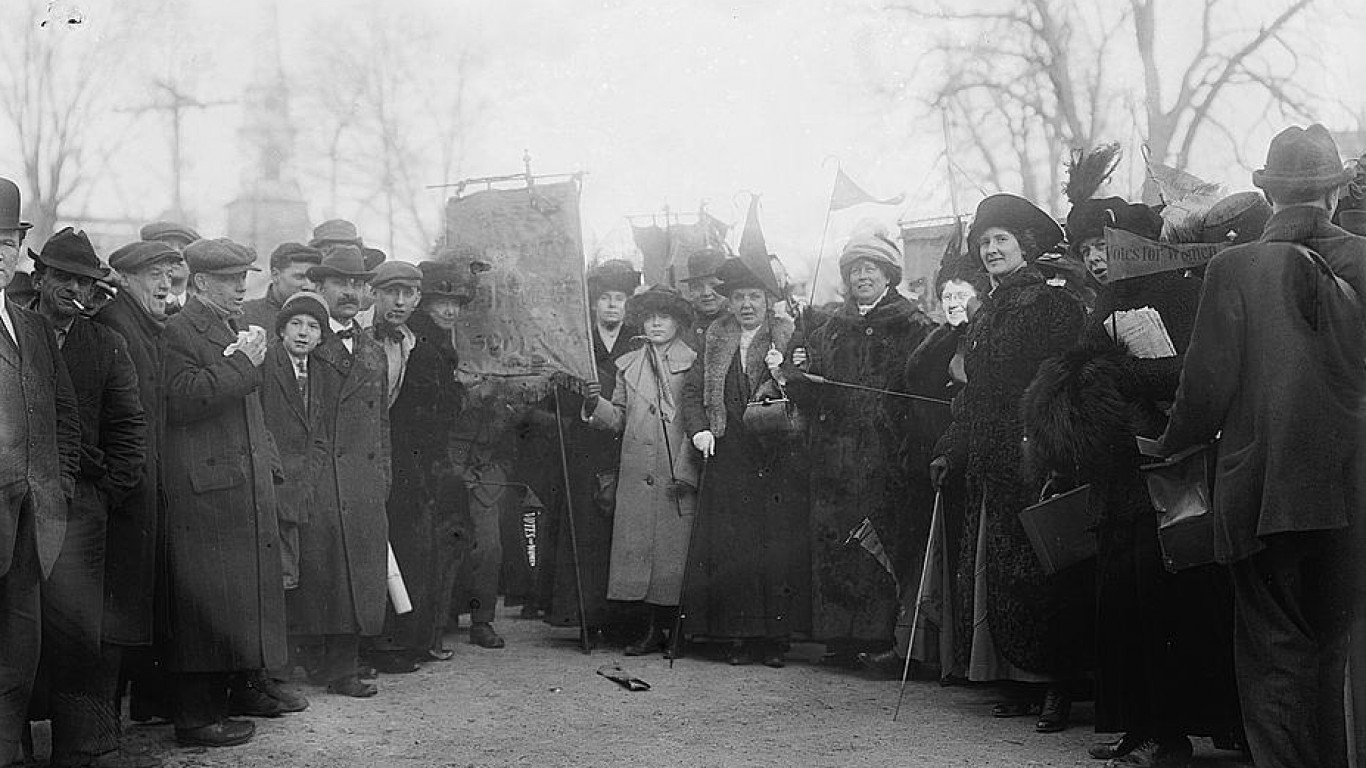 Four years after the Territory of Washington passed women’s suffrage in 1883, the bill was overturned. A similar measure was passed in 1888, but it was revoked the same year. Further bids in 1889 and 1898 failed, but a state constitutional amendment passed in 1910 finally cemented the right. 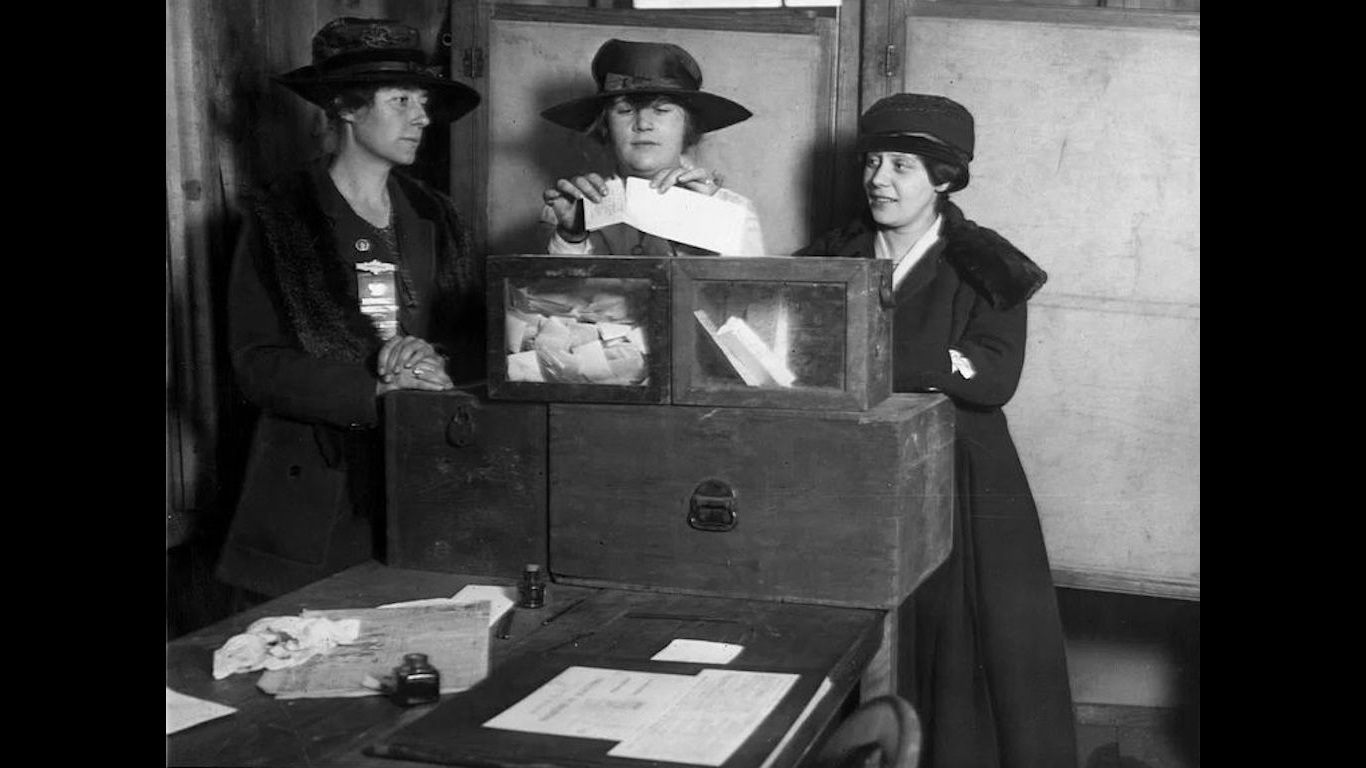 Twenty years after the territory passed a women’s suffrage measure, when Wyoming sought statehood, Congress refused to consider the territory’s bid unless it rescinded suffrage. The legislature replied by telegram: “We will remain out of the Union one hundred years rather than come in without the women.” Congress relented, and Wyoming became the first state where women could vote. 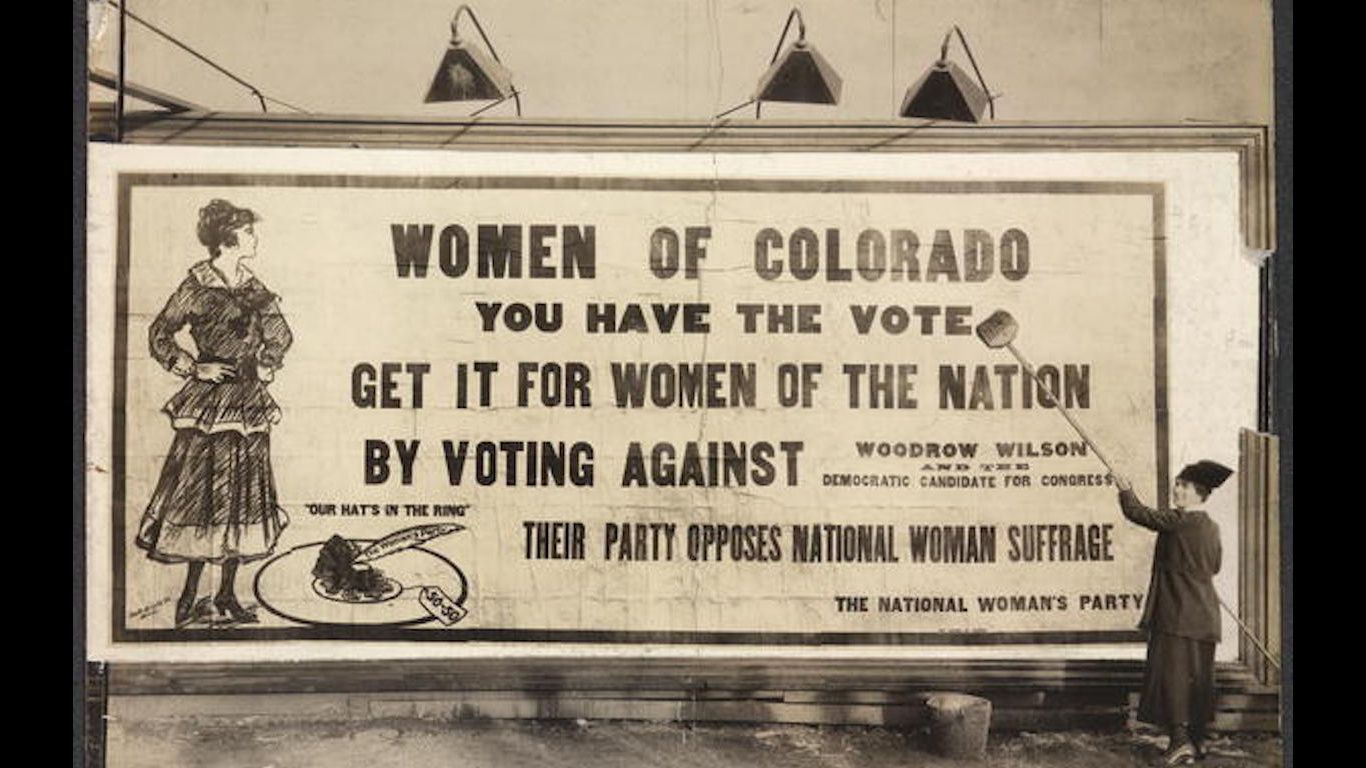 While Wyoming became the first state to pass women’s suffrage legislation, refusing to rescind the provision it had passed as a territory, Colorado was the second state to enfranchise women, extending voting rights through a state referendum to “women of lawful age, and otherwise qualified.”