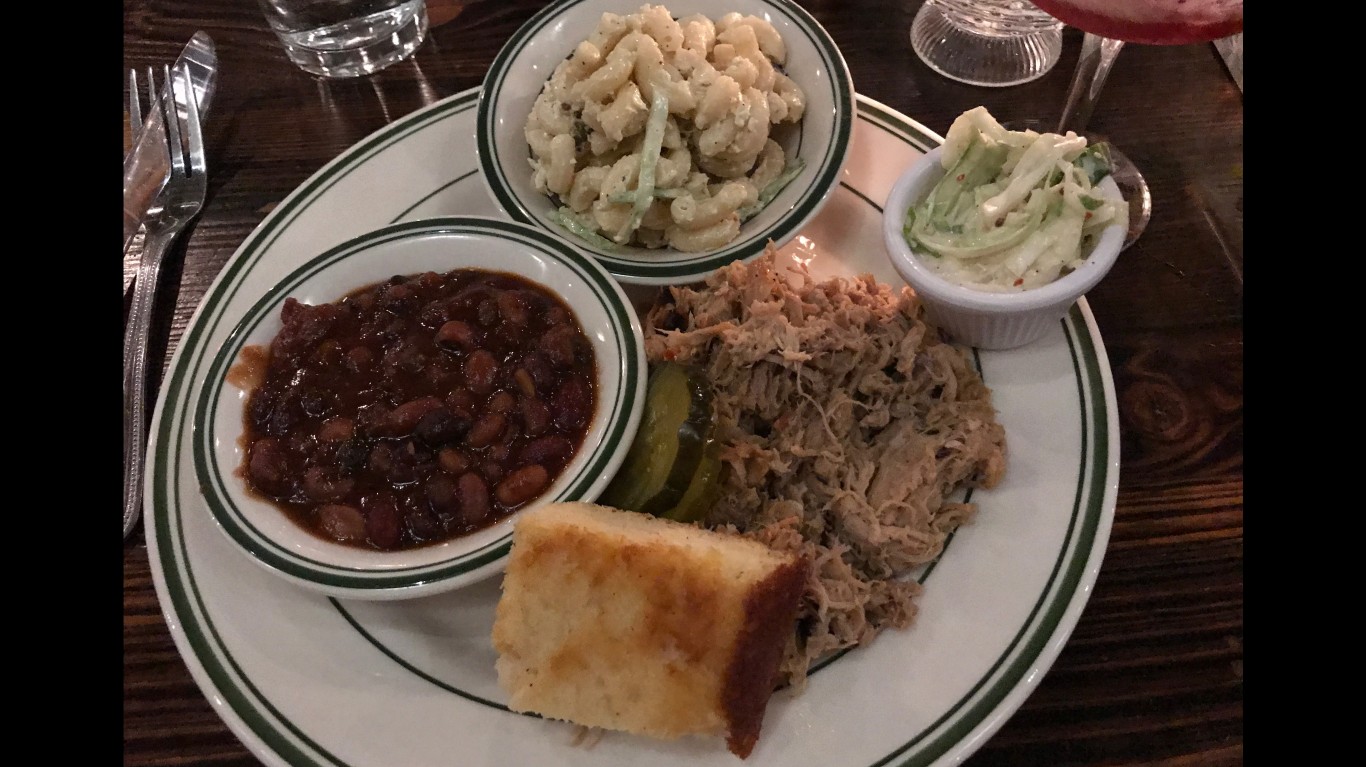 Nestled in the Blue Ridge Mountains in western North Carolina, Asheville is known as a cultural center — a glittering new art museum opens this month and the River Arts District is home to studios hosting hundreds of artists and craftspeople.

The city has a vibrant food scene as well. Katie Button, who once worked at Spain’s legendary elBulli, runs an acclaimed tapas bar here, Cúrate, as well as a first-rate bagel shop. Gan Shan Station and Gan Shan West serve pan-Asian cuisine. It’s Buxton Hall for barbecue using pasture-raised hogs and Rhubarb for internationally accented Southern comfort food. Add to the mix scores of food trucks, more than 50 craft breweries, and locally grown chardonnay and cabernet from the nearby Biltmore Winery, and you’ve got a gastronomic paradise. 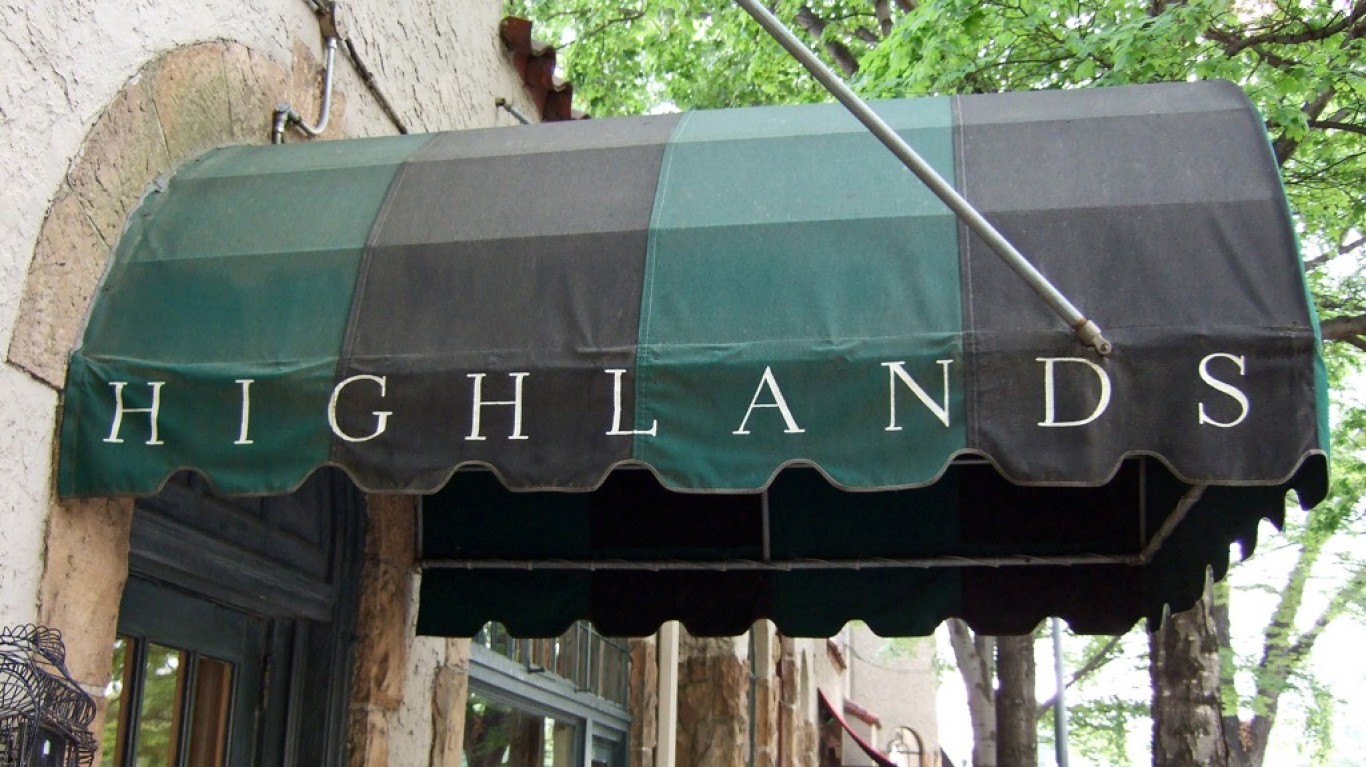 This Alabama city’s best-known chef, Frank Stitt, helped invent contemporary Southern cuisine at his seminal Highlands Bar & Grill, which opened in 1982. Winning the 2018 James Beard Outstanding Restaurant Award, it’s still going strong — as are Stitt’s other places, Chez Fonfon, Bottega, and Bottega Café. Other modern Southern choices include Hot and Hot Fish Club and FoodBar. And while there are more modern options, it’s worth noting that the city has had a lively Greek (and Greek-owned barbecue) restaurant scene for more than a century. 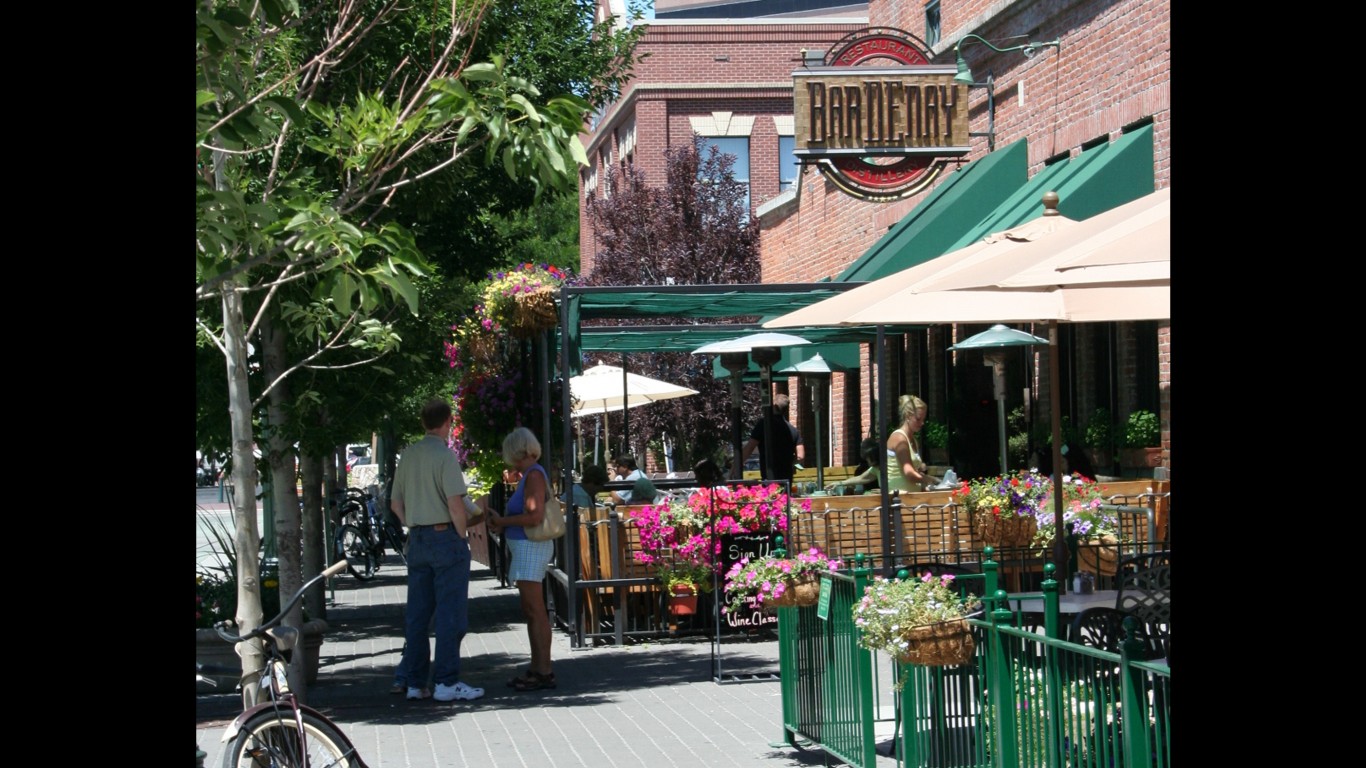 Boise has the largest population of Basques outside Spain — an estimated 10,000 of them — and the city has long been known for its tapas bars and fixed-price Basque dinner houses serving more-than-ample multicourse meals.

There’s much more to Boise than that for restaurant-goers, though, with places like Chandlers steak and seafood (and live jazz) emporium; Richard’s, with its locally sourced international bistro food; the eco-conscious pub and beer bar Bittercreek Alehouse; and the nation’s first restaurant distillery, Bardenay, for northwestern fare and housemade gin, vodka, and more. And Idaho’s burgeoning wine country — there are now more than 50 producers — starts just west of the city. 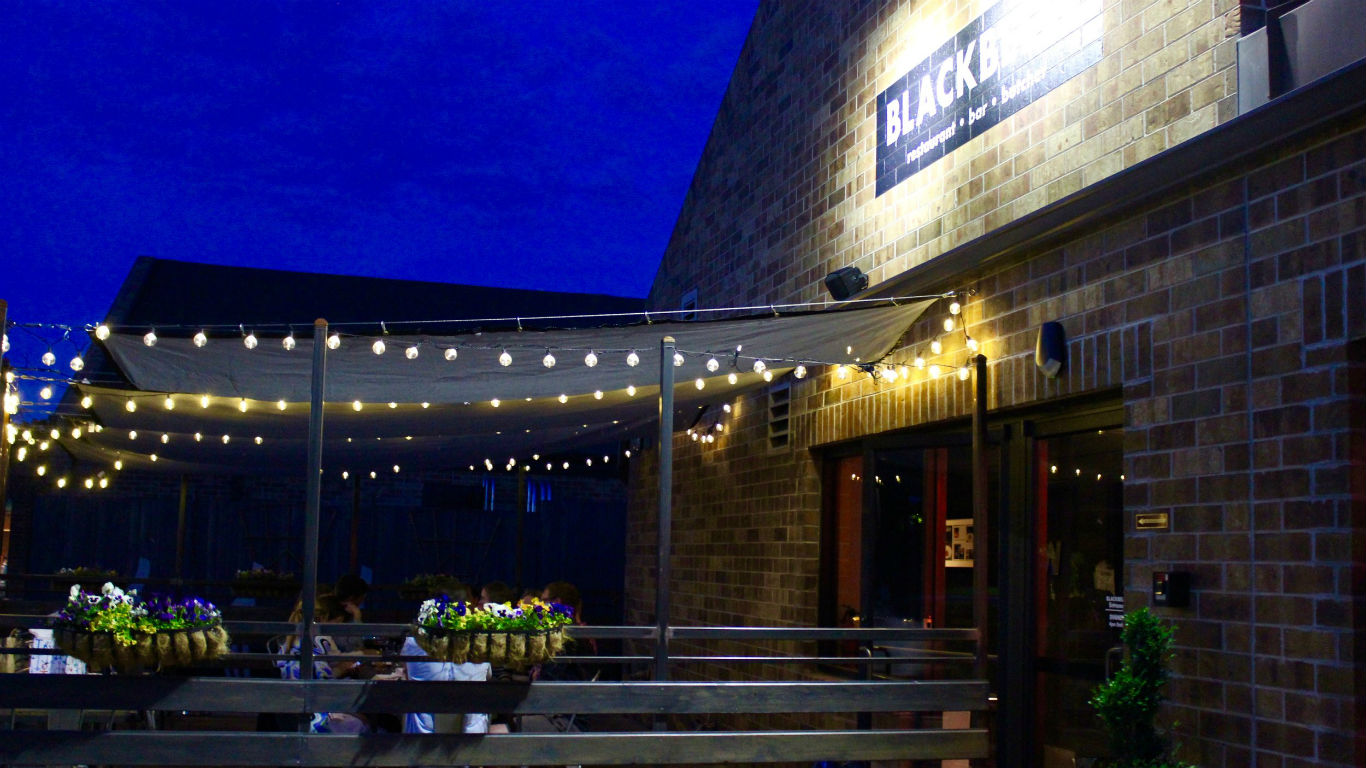 Denver is known for its craft beer scene, and it has been dubbed one of the country’s hottest food cities, but its near-neighbor Boulder deserves much more attention for its own culinary charms than it is usually afforded. The best-known restaurant here, Frasca Food and Wine, is widely considered to be one of America’s top Italian restaurants. The craft food movement is well represented here too by places like Blackbelly Market with its next-door butcher shop; Black Cat, whose chef raises animals and grows vegetables on his own 130-acre farm; and Cured, a shop with a good selection of small-producer cheeses and charcuterie (and a popular lunch menu).

Jax Fish House & Oyster Bar proves that a restaurant doesn’t have to be within a few miles of the sea to serve perfectly fresh fish and shellfish. Asian cuisines are represented by places like Zoe Ma Ma (Chinese), Chez Thuy (Vietnamese), and Izakaya Amu (Japanese). Also, the dazzlingly ornate Dushanbe Teahouse, which originally stood in Tajikistan and was shipped over and reassembled here, serves not only tea but also an international menu that references Peru, Brazil, India, Iran, Indonesia, and other countries (including, yes, Tajikistan). 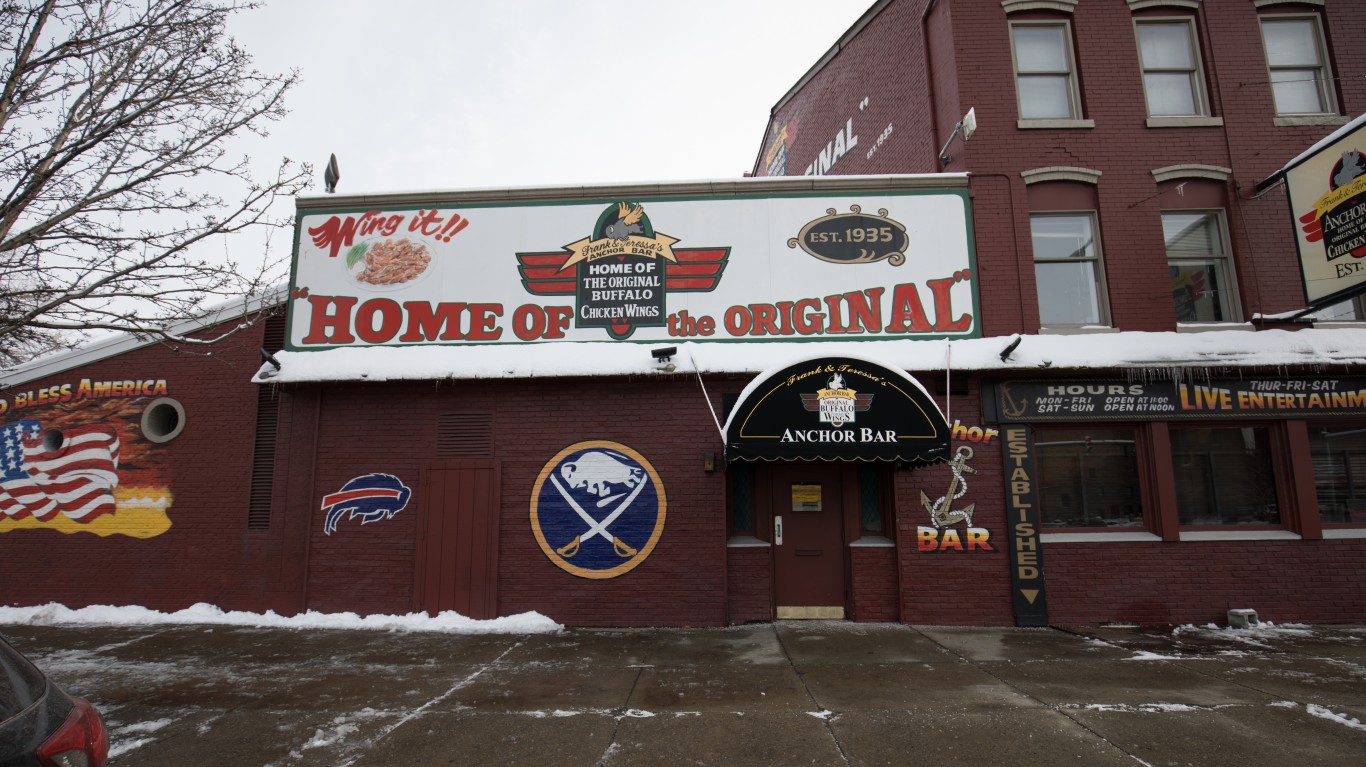 This far northern New York state metropolis is famous worldwide for one dish: Buffalo chicken wings, almost certainly invented by (and still served in abundance at) the city’s Anchor Bar in 1964.

There’s a lot more to the local food scene than that, though. It has a signature sandwich, beef on weck (thin-sliced roast beef on a caraway-seeded kaiser roll), and pizza specialist Arthur Bovino — who wrote a whole book about eating in Buffalo — has predicted that it could become the pizza capital of America. But there are also places like the contemporary Mexican Las Puertas, the stylish vegan café Root & Bloom, and the traditional Southern restaurant Toutant — not to mention the mini-food halls like Expo Market and PK Eats.