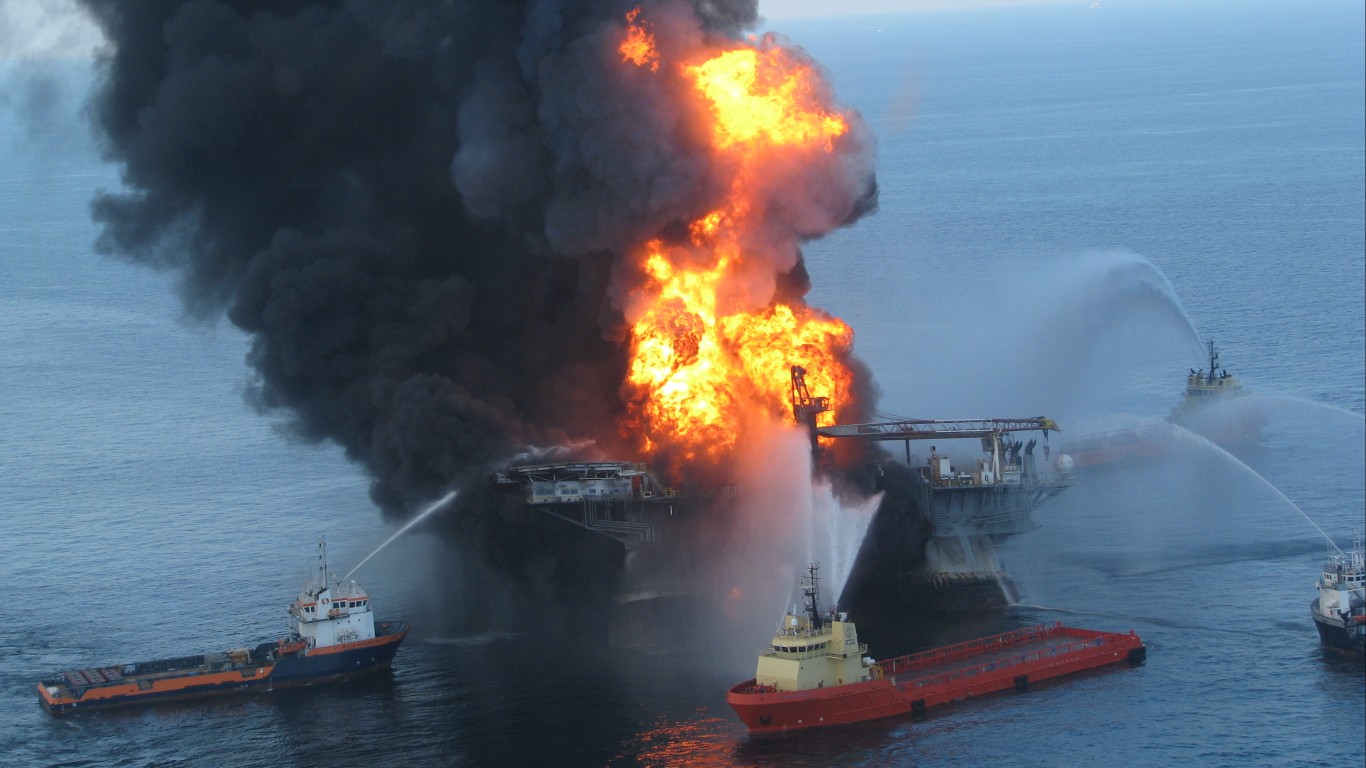 Oil and gas giant BP kicked off the decade with one of the worst environmental disasters in history. In April 2010, the BP-licensed oil drilling rig Deepwater Horizon exploded, killing 11 workers. The rig sank into the Gulf of Mexico, breaking the well open and spilling oil. In what is now estimated to be the largest marine oil spill in history, between 2.5 and 4.2 million barrels of oil flowed into the ocean over an 87-day period before the well was capped, forming an oil slick thousands of square miles wide.

The spill had catastrophic economic and environmental impacts, from reduced beach tourism to an estimated fish and wildlife death toll in the hundreds of thousands. Total costs stood at $65 billion as of the end of last year. The incident ultimately led to a temporary moratorium on offshore drilling. 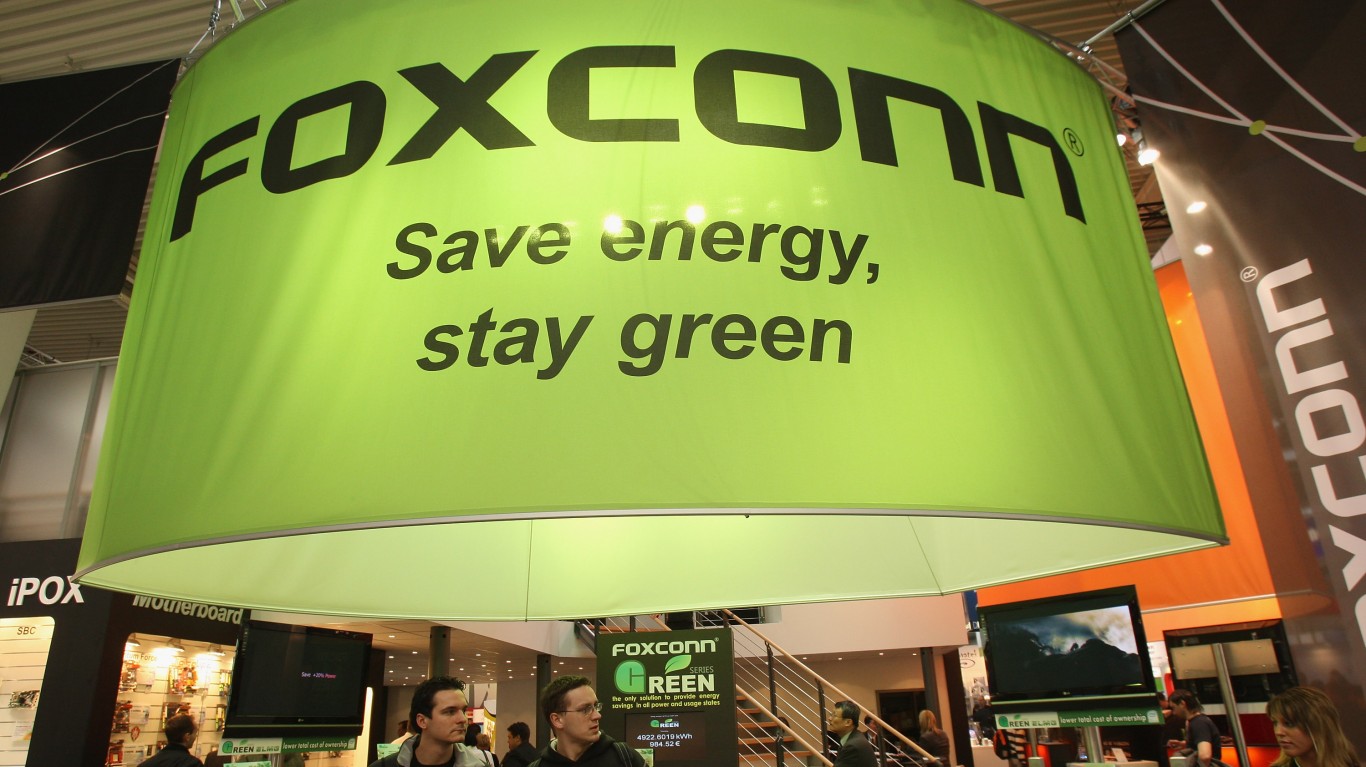 In 2010, there were 14 confirmed suicides at the flagship plant of Foxconn, a Chinese company that manufactures an estimated 40% of the world’s consumer electronics, including components for the iPhone, PlayStation 4, and Xbox One.

The suicides garnered substantial press in the United States and drew attention to the poor labor conditions at the factory. Interviews with Foxconn employees and other investigations revealed that the average worker works in 12-hour-long shifts and receives a cafeteria meal allowance worth just 65 cents, and that many of the suicides were committed in protest of the work conditions.

The scandal threatened to tarnish the reputations of some of Foxconn’s U.S. customers, including Apple and Hewlett-Packard, who conducted audits of the factory’s labor conditions in March 2010. Since 2010, at least eight additional suicides at the factory have been reported. 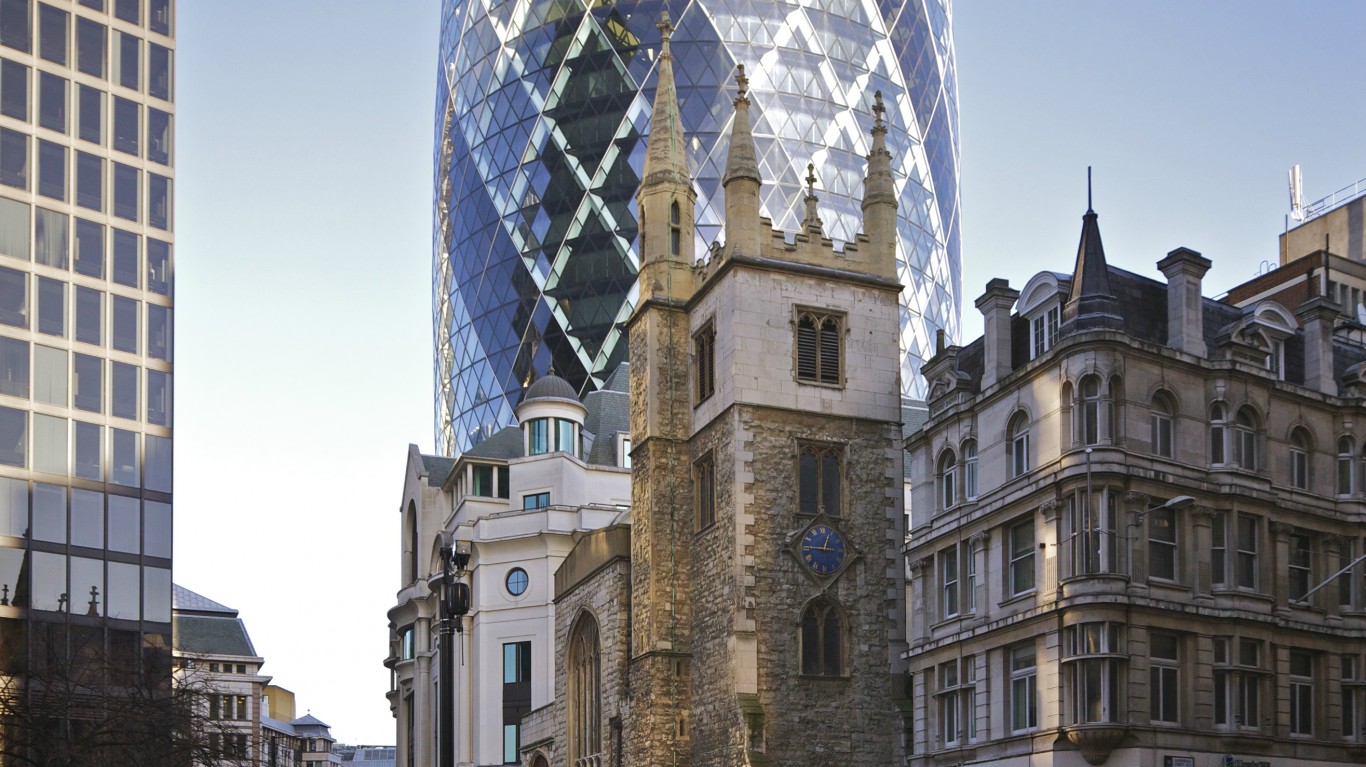 With the financial crisis still fresh and banks’ reputations still in tatters, yet another financial scandal hit the headlines. The U.S. Commodity Futures Trading Commission released in June 2012 the results of an investigation that revealed an international scheme in which several major banks — including Deutsche Bank, Barclays, and UBS — colluded to illegally manipulate interest rates for profit. Specifically, the banks rigged the Libor, which is an average interest rate that is calculated based on estimates submitted from a panel of global banks and used as the main benchmark for global lending rates. As of 2018, it was still used for over $370 trillion loans worldwide. It is the main benchmark for global lending rates. In conspiring to set the Libor artificially high or low, banks had the power to raise the value of their investments by millions of dollars with just an email or two.

The fallout from the scandal, including total costs to states, cities, and other municipalities as high as $6 billion, led to massive fines for the banks involved and substantial reform of how the Libor is determined. Regulators fined the banks more than $9 billion, and administration of the Libor was shifted to the ICE Benchmark Administration. Several bankers involved have been arrested and sentenced to prison, while other cases are ongoing. 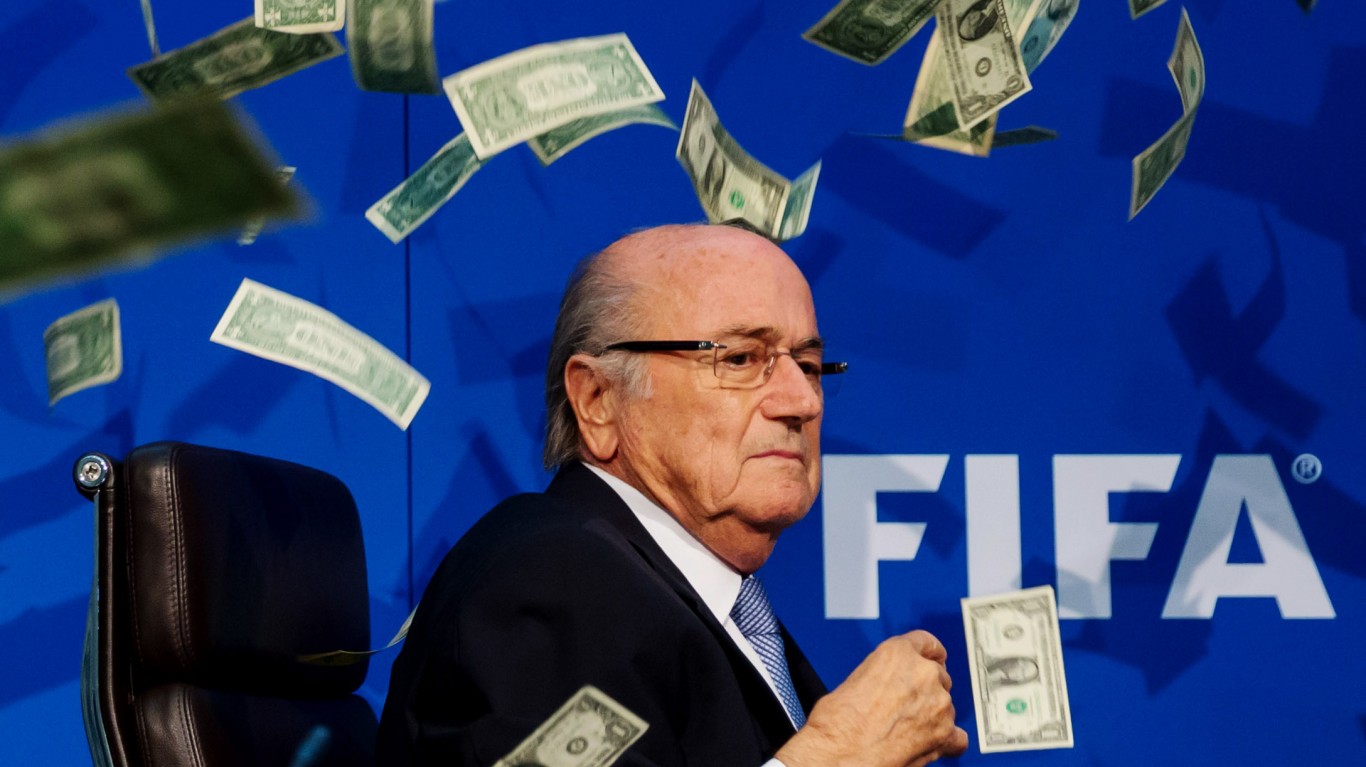 The U.S. Department of Justice indicted on May 27, 2015, 14 FÃ©dÃ©ration Internationale de Football Association (FIFA) executives and officials on charges of racketeering, wire fraud, and money laundering conspiracy. The DOJ’s 164-page indictment to the public details over $150 million in bribes taken by FIFA executives for providing advertisers with marketing rights over a period dating as far back as 1991.

Switzerland opened parallel probes around the same time, including one investigation that confirmed FIFA executives enriched each other with as much as $80 million. While FIFA President Sepp Blatter was not charged in the indictment, he resigned on June 2, 2015. Due in part to the legal costs and loss of sponsors incurred in the wake of the scandal, FIFA reported net losses of $122.4 million in 2015, $368.8 million in 2016, and $191.5 million in 2017. 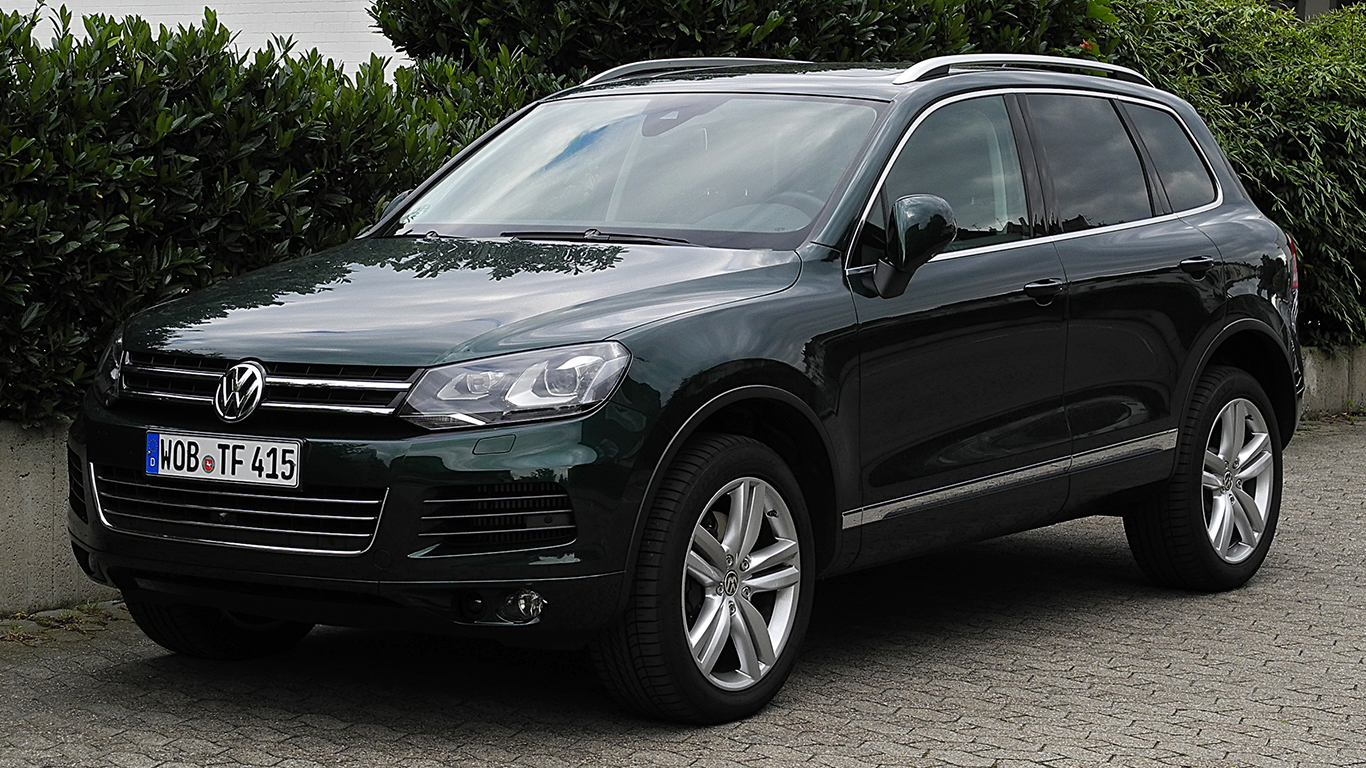 News of one of the largest corporate scandals of the decade broke on Sept. 18, 2015, when the Environmental Protection Agency ordered Volkswagen to recall some 482,000 diesel passenger cars sold in the United States. The notice of violation came after researchers discovered that a number of Volkswagen models were emitting illegally high levels of poisonous nitrogen oxides, and that the polluting vehicles contained illegal software that could detect when the cars were being tested and change the performance to pass the emissions tests. It has since been revealed that 11 million vehicles contain the software.