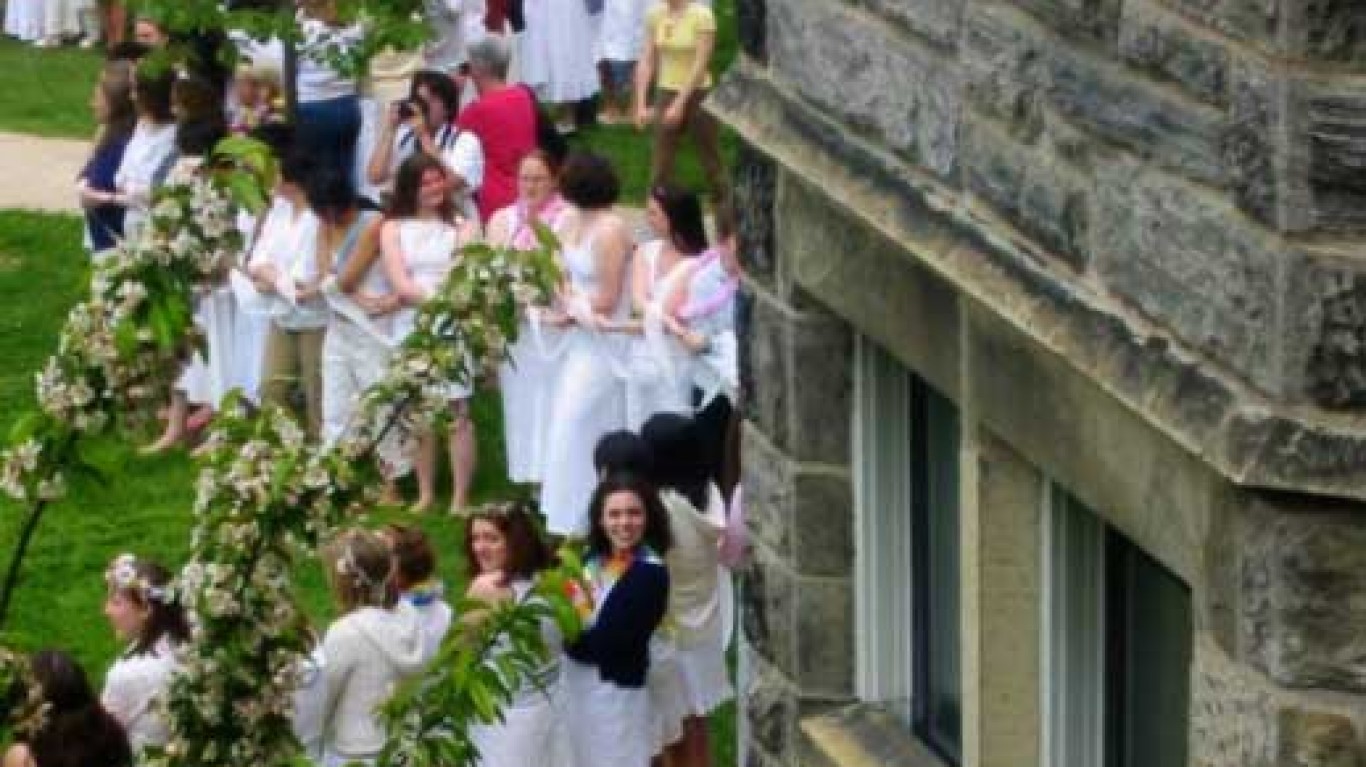 Bryn Mawr is the only Pennsylvania college to rank among the most liberal institutions. The “Seven Sisters” school became one of the first women’s colleges in the United States to announce it will accept transgender students in 2015. Bryn Mawr alum Emily Green Balch won the 1946 Nobel Peace Prize for her anti-war efforts, leading the Women’s International League for Peace and Freedom. 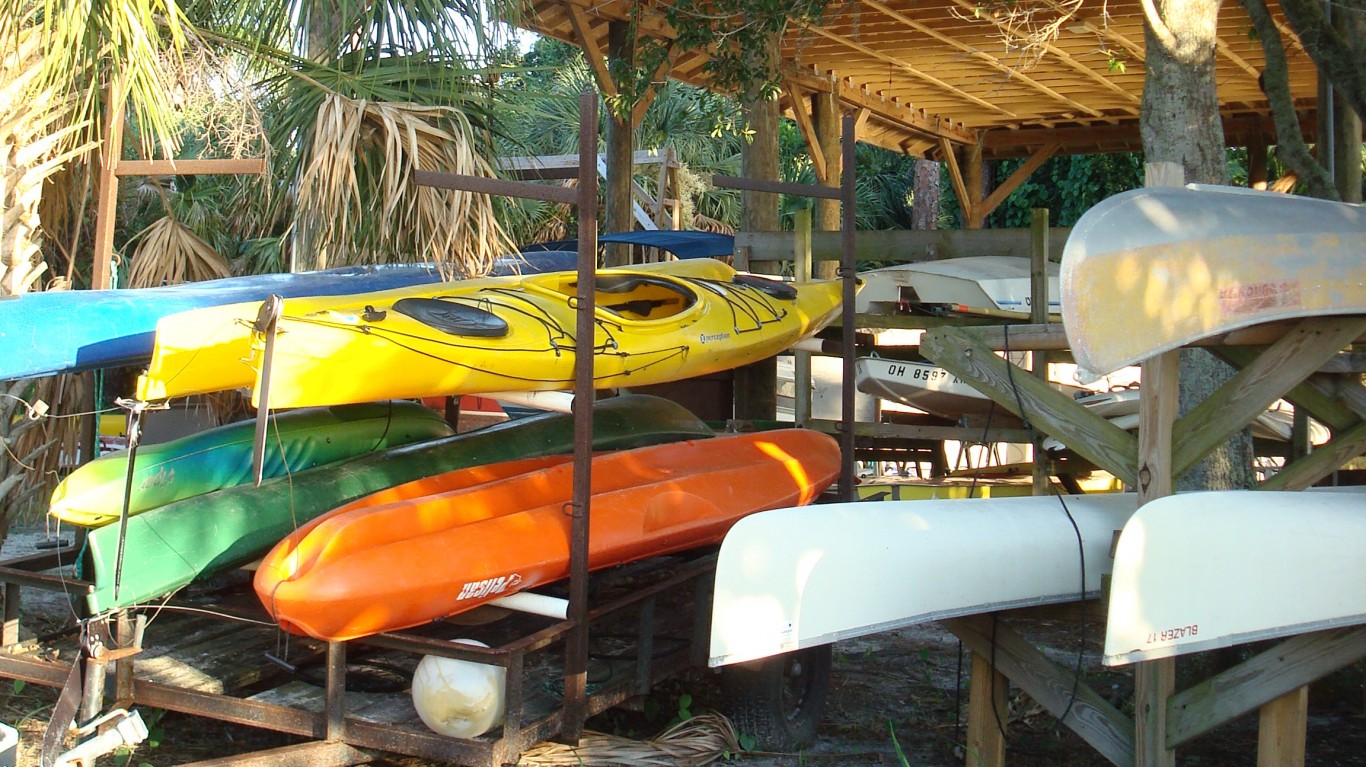 The New College of Florida, located in Sarasota, is the state’s only college to rank among the nation’s most liberal schools. A relatively small school with undergraduate enrollment below 1,000 students, New College is Florida’s designated honors college for liberal arts. The New College has been designated an Associate Member Institution of the Hispanic Association of Colleges and Universities and has a relatively high share of Hispanic students.

ALSO READ: The Biggest News Story Every Year Since 1950 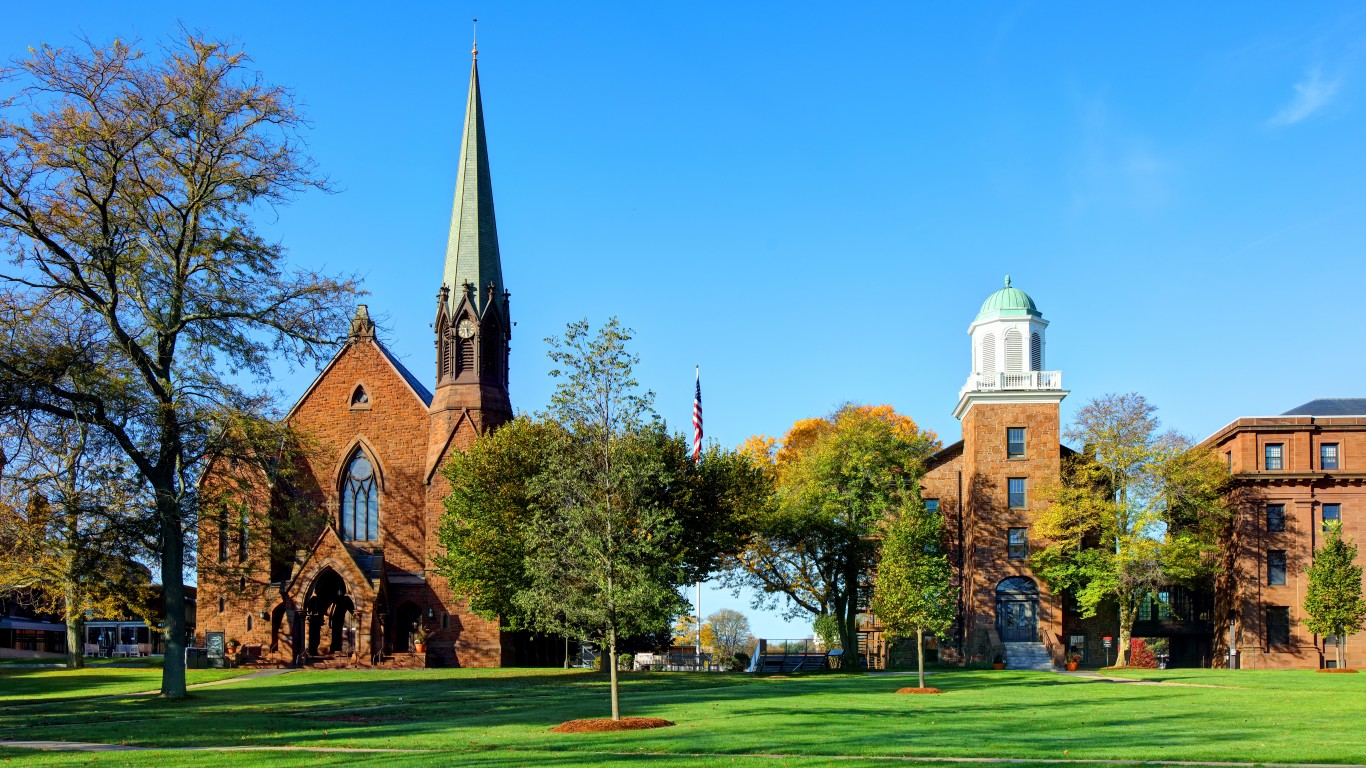 Wesleyan is one of the nation’s most revered liberal arts colleges. It was one of the first co-educational schools in the country, admitting female students from 1872 to 1912, before closing its doors again to women until 1970. Wesleyan has produced several notable Democratic government officials, including Colorado’s former Gov. John Hickenlooper and one of the state’s senators, Michael Bennet. 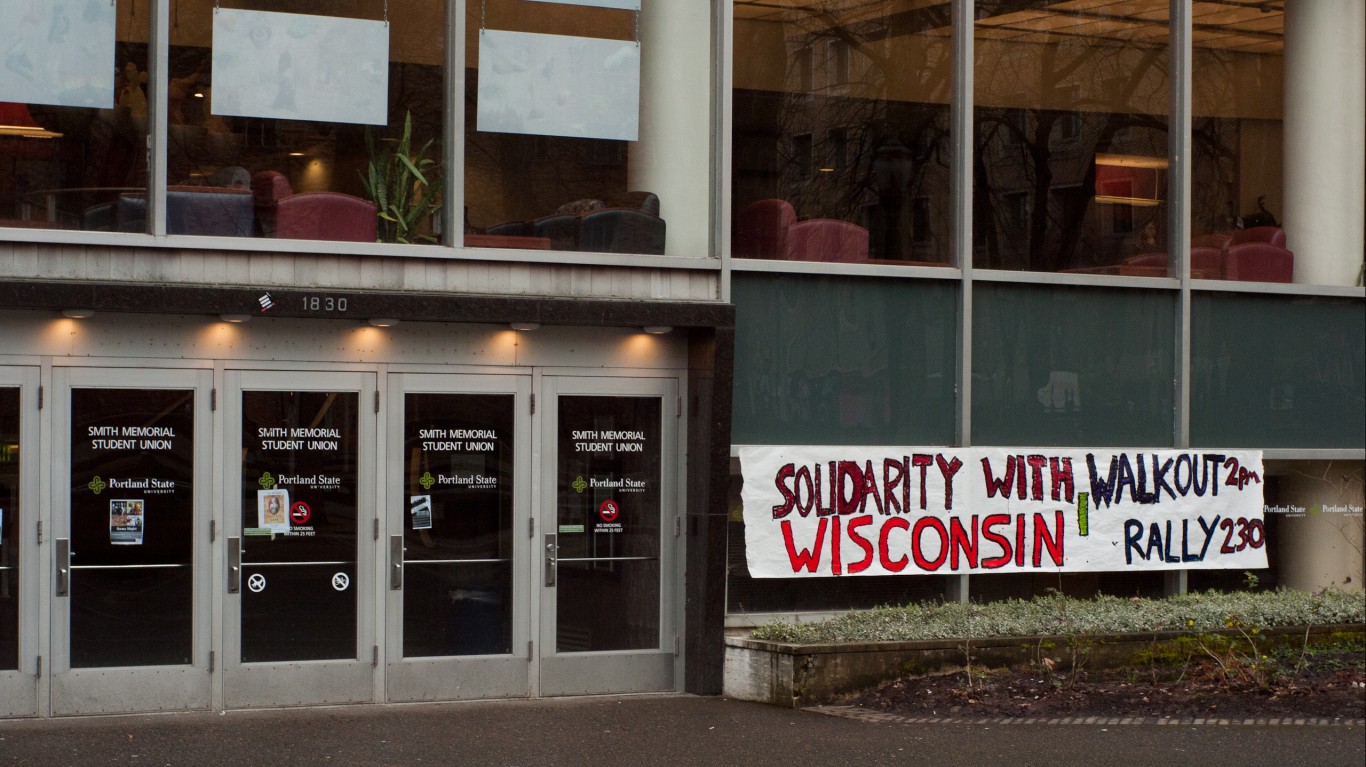 Portland State University, opened in 1946, is one of the newer institutions on this list, but it has a long list of progressive activists and politicians in its short history. Barbara Roberts, Oregon’s first female governor, earned her undergraduate degree from Portland State. The college also produced several prominent activists such as gay rights advocate Konrad Juengling, disabilities advocate Richard Pimentel, and Paul Popham, who founded HIV/AIDS advocacy group Gay Men’s Health Crisis. 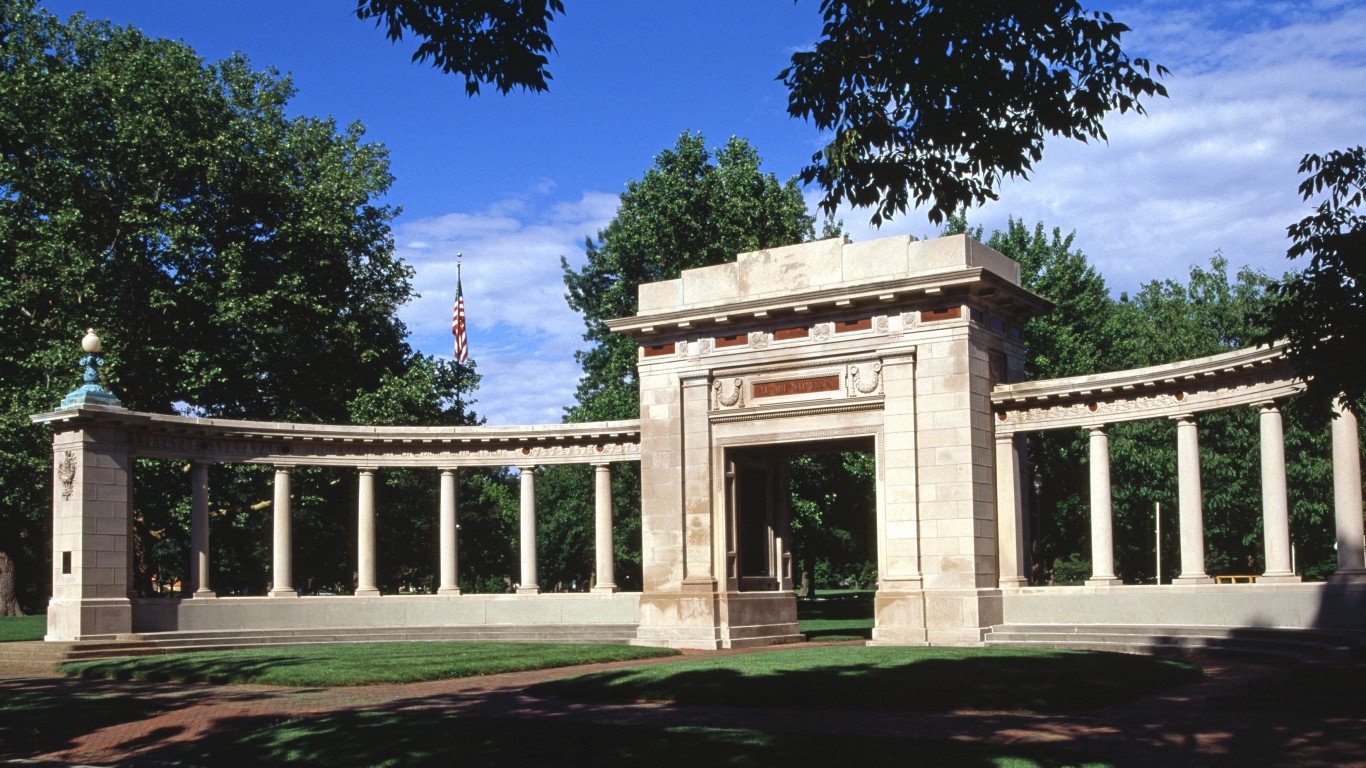 Ohio is not an especially liberal state, going back and forth between Democratic and Republican presidential candidates in the most recent elections. But the students of Oberlin College, located about 35 miles southwest of Cleveland, are among the most likely to be liberal in the nation. Oberlin has a strong focus on the arts. It is one of the most popular places for music majors, and Niche ranks it as the 20th best college for music in America. Feminist and cartoonist Alison Bechdel went to Oberlin, as did women’s rights pioneer Lucy Stone.