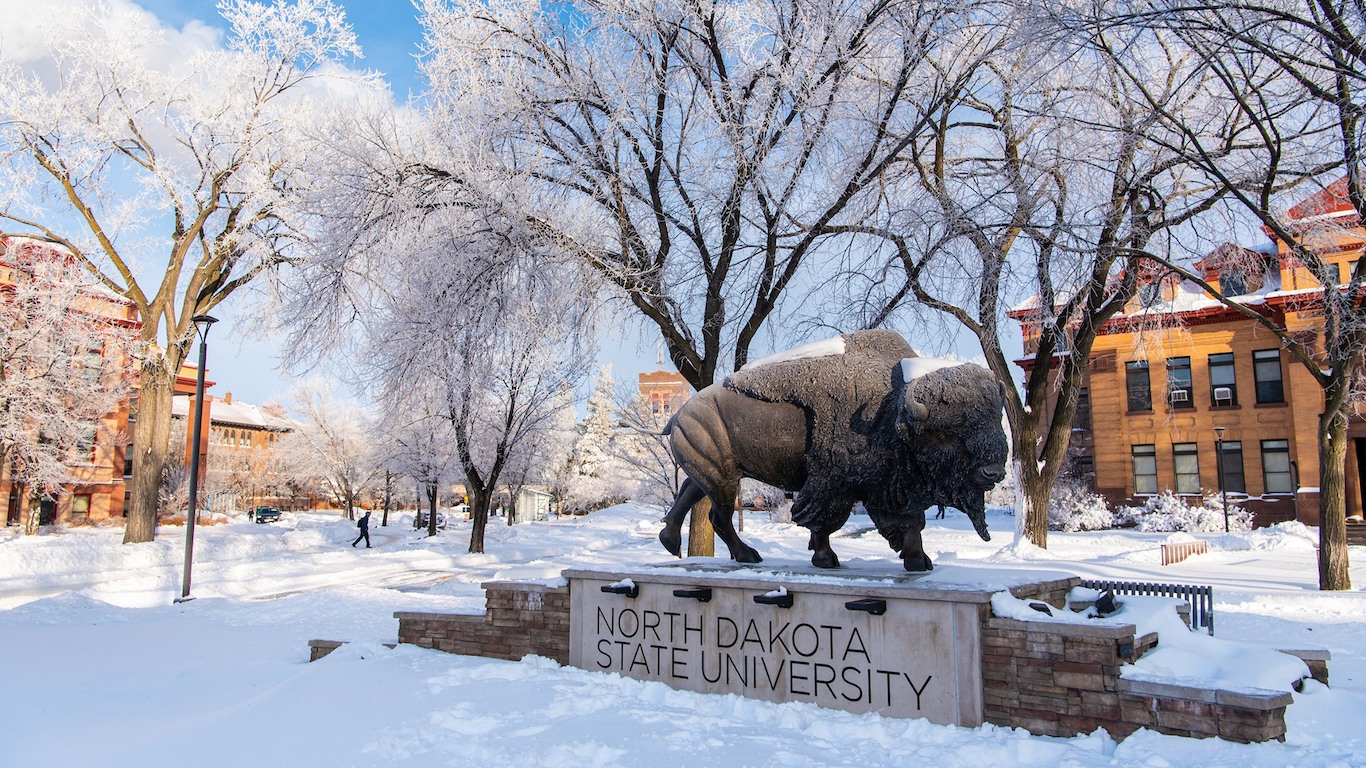 North Dakota State University is a large public school based in Fargo. The university is one of the least diverse colleges or universities in the country, with a nearly 90% white student body. The odds that two students chosen at random are of a different race, ethnicity, or U.S. citizenship status are only about one in four.

The state of North Dakota’s racial composition may largely explain the school’s relative lack of diversity. The cost of attendance for students from the state attending NDSU is roughly two-thirds of what students from other states pay — and 85% of North Dakota residents identify as white. The school appears to be striving for greater diversity, however, offering qualifying racial and ethnic groups a tuition waiver. 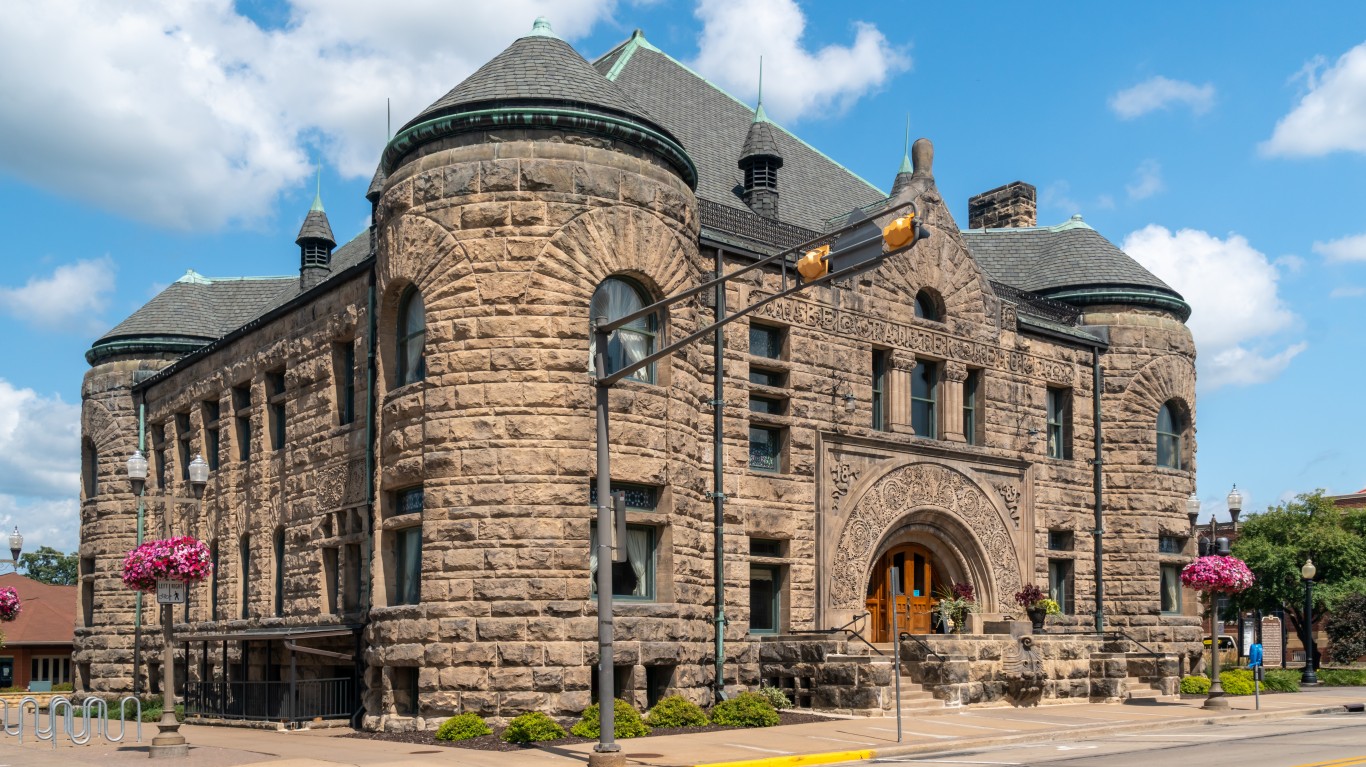 University of Wisconsin-Stout is one of several predominantly white schools in the Midwest to rank on this list. Among undergraduate student survey respondents who are U.S. citizens, 88.1% identified as white, well above the comparable national share of 50.8% of American undergraduates. The school’s lack of diversity is likely closely tied to the demographics of Wisconsin as a whole. More than 80% of the state population identifies as white, well above the 61.1% share of Americans. And like other public schools on this list, UW-Stout offers a generous discount to in-state residents. Wisconsin residents pay about 33% less in tuition and fees than students from outside the state.

UW-Stout offers a Multicultural Student Scholarship for qualifying minority groups, at $2,500 a year — about 15% of the the total cost for in state students and 10% of the cost for students not from Wisconsin. 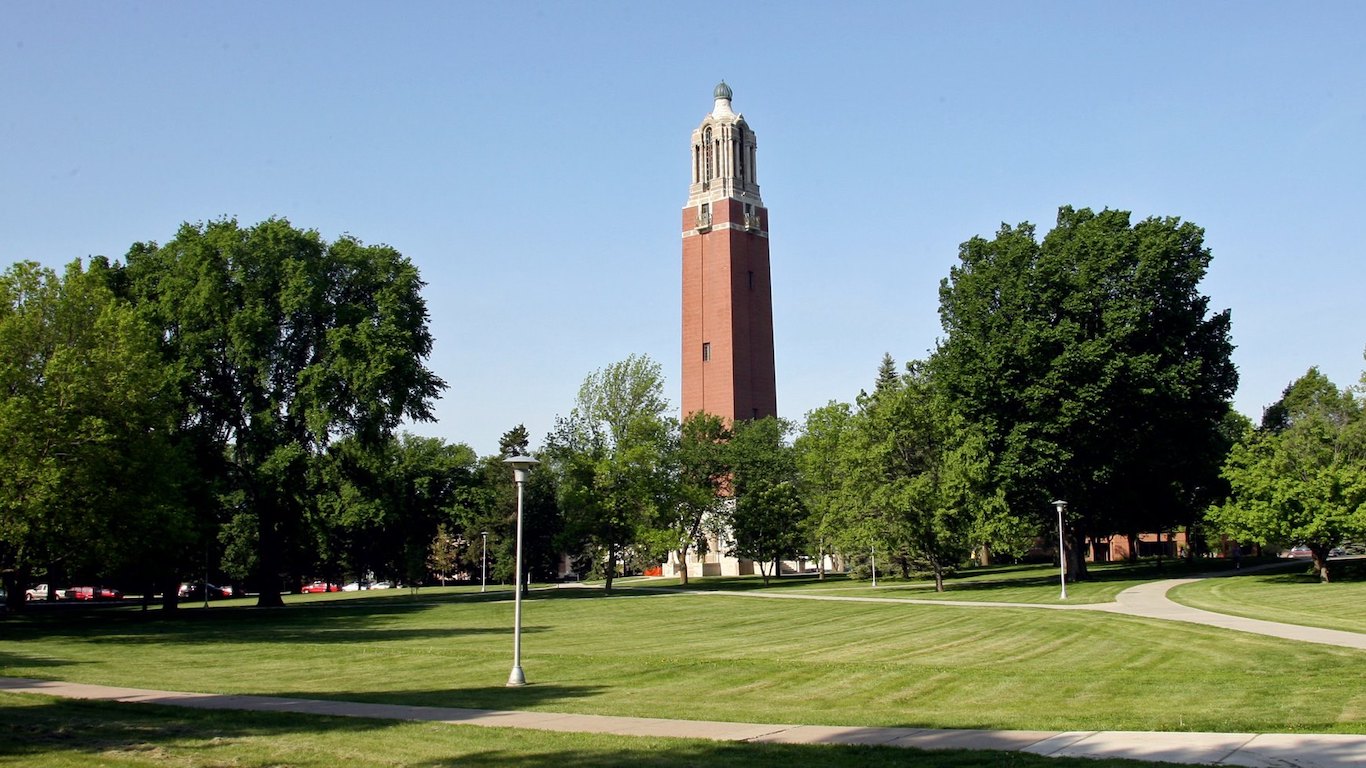 South Dakota State University is one of several public schools in the Midwest to rank on this list. Nearly 90% of the undergraduate student body who are U.S. citizens identify as white, and the probability that two students chosen at random would be of a different race, ethnicity, or citizenship status is just 25%. Among all U.S. undergraduates, the likelihood is nearly 70%.

Like many of the least diverse schools in the country, South Dakota State is not especially selective. In the 2018-2019 school year, SD State sent offer letters to 92.4% of those who applied. 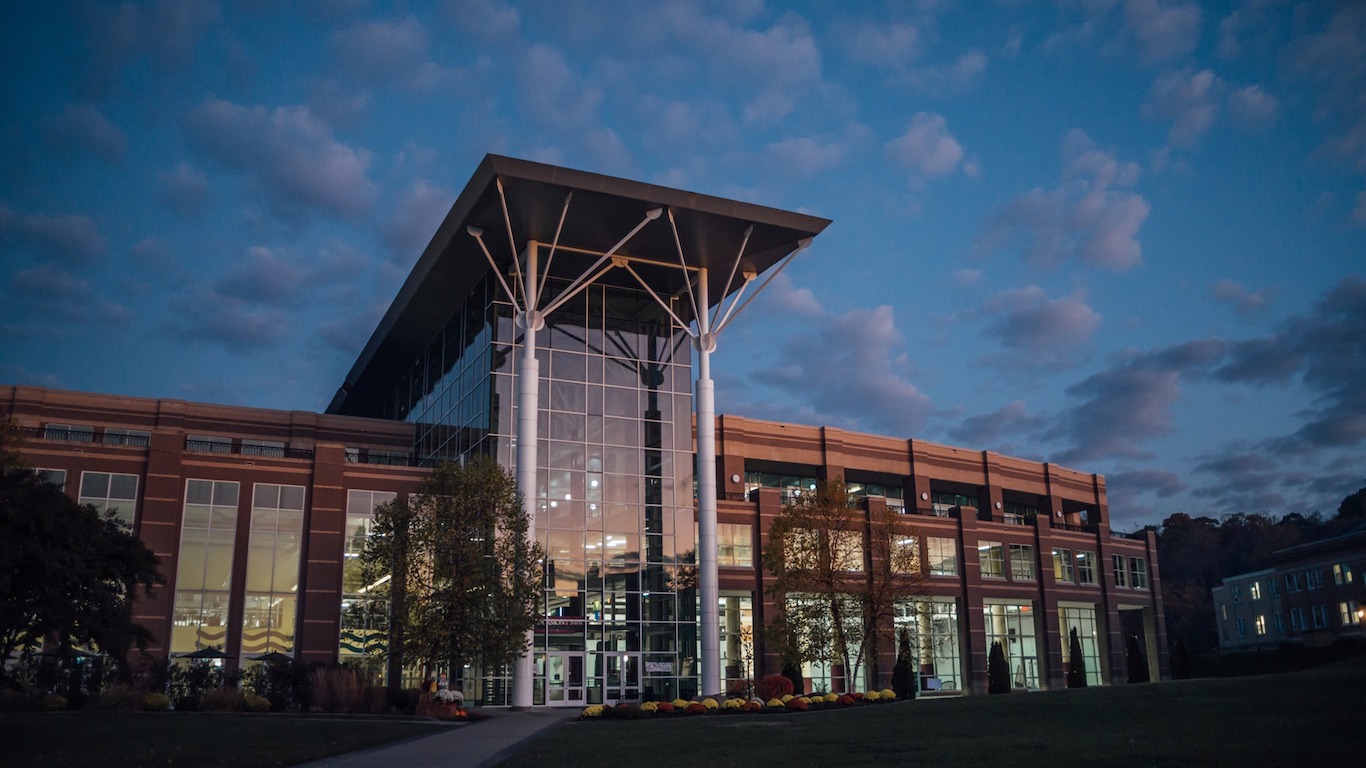 Fairmont State, a public university in West Virginia, is one of only 22 four-year colleges and universities nationwide where the likelihood that two students chosen at random would be of a different race, ethnicity, or citizenship status is less than 25%. In-state tuition is less than half the tuition for students from out of state, which makes students at the school far more likely to be from West Virginia than anywhere else — and 92.1% of West Virginia’s population identifies as white.

Though it ranks as one of the least diverse four-year schools in the country, Fairmont State is more diverse than West Virginia as a whole. Across the state, the odds that two residents would be of a different race or ethnicity are just 15.0%. 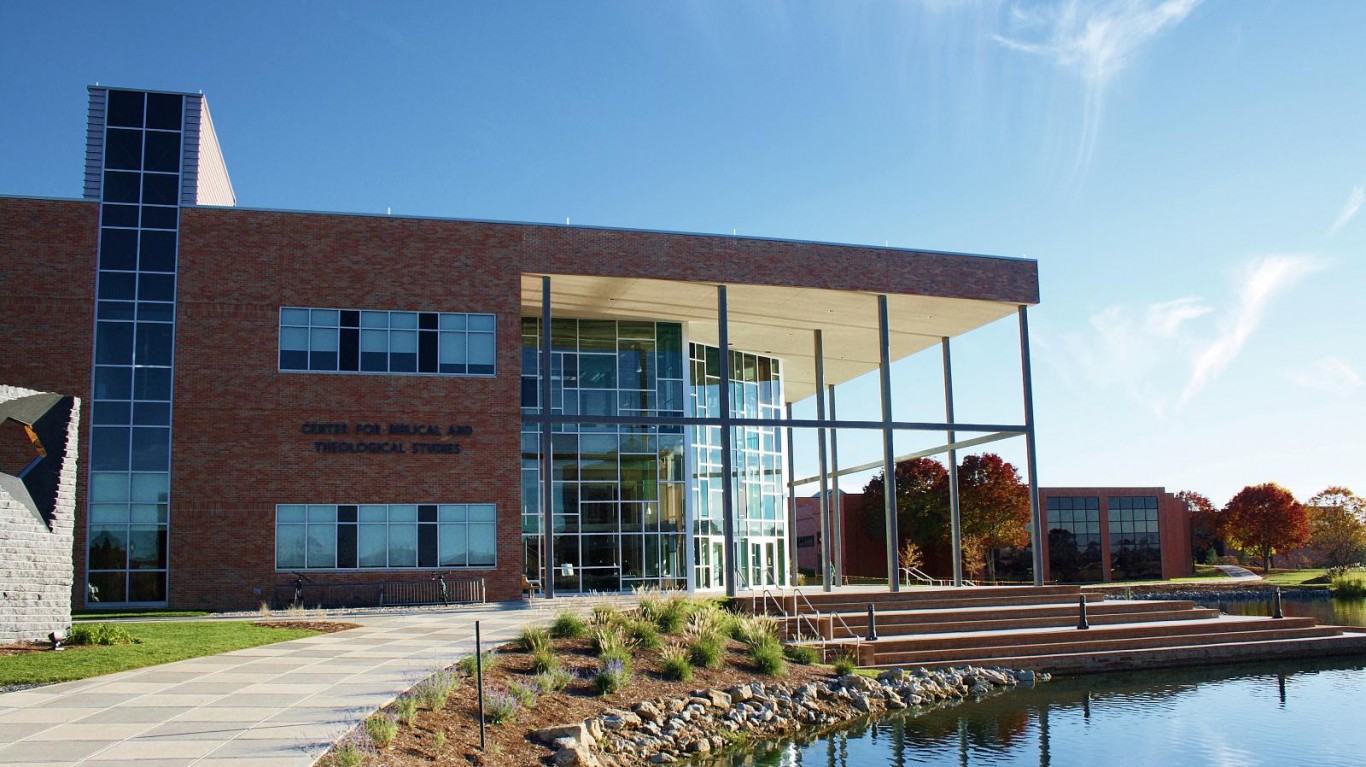 Cedarville University is a private school in Cedarville, Ohio. About 89% of U.S. citizens enrolled in the school identify as white, making it one of the least diverse four-year colleges and universities in the country. Though the student body is not especially diverse, the school expresses its commitment to making the campus a place for people of all backgrounds, stating on its website: “we recognize that the issue of diversity is challenging, and we are working hard to create a campus atmosphere where minority students feel welcome.”