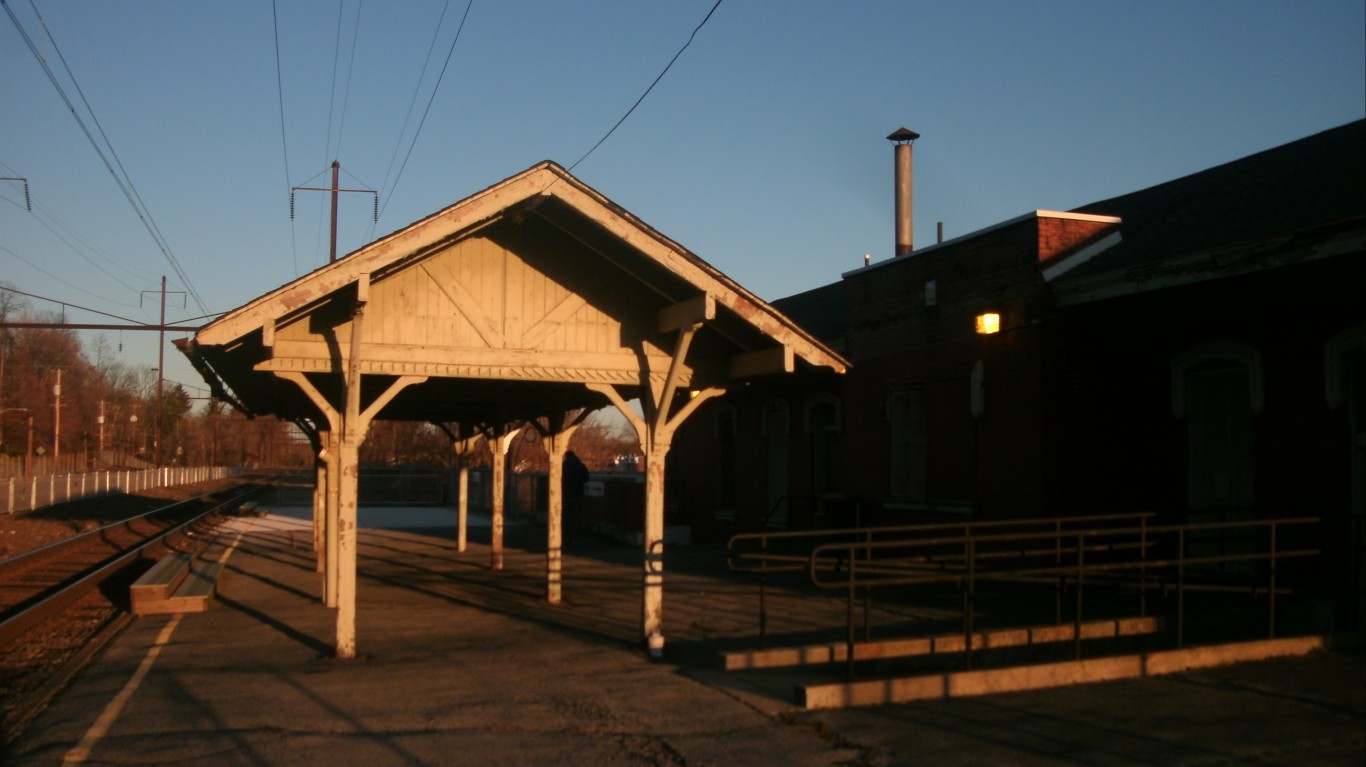 Coatesville is a small city in southeastern Pennsylvania. It ranks on this list due in large part to a high poverty rate and widespread joblessness. Job growth has been sluggish in Coatesville in recent years, and more than one in every 10 area households live on an income of less than $10,000 a year.

Homeownership is not only one of the most practical ways to build wealth, but it also can give residents a more deeply rooted stake in community affairs and an interest in positive development. In Coatesville, the homeownership rate stands at just 38.0%, well below the 63.8% national rate. Population growth, another indicator of an area’s desirability, is also stagnant in Coatesville. In the last five years, the number of people living there increased by just 0.3%, compared to the 3.6% national population growth over the same period. 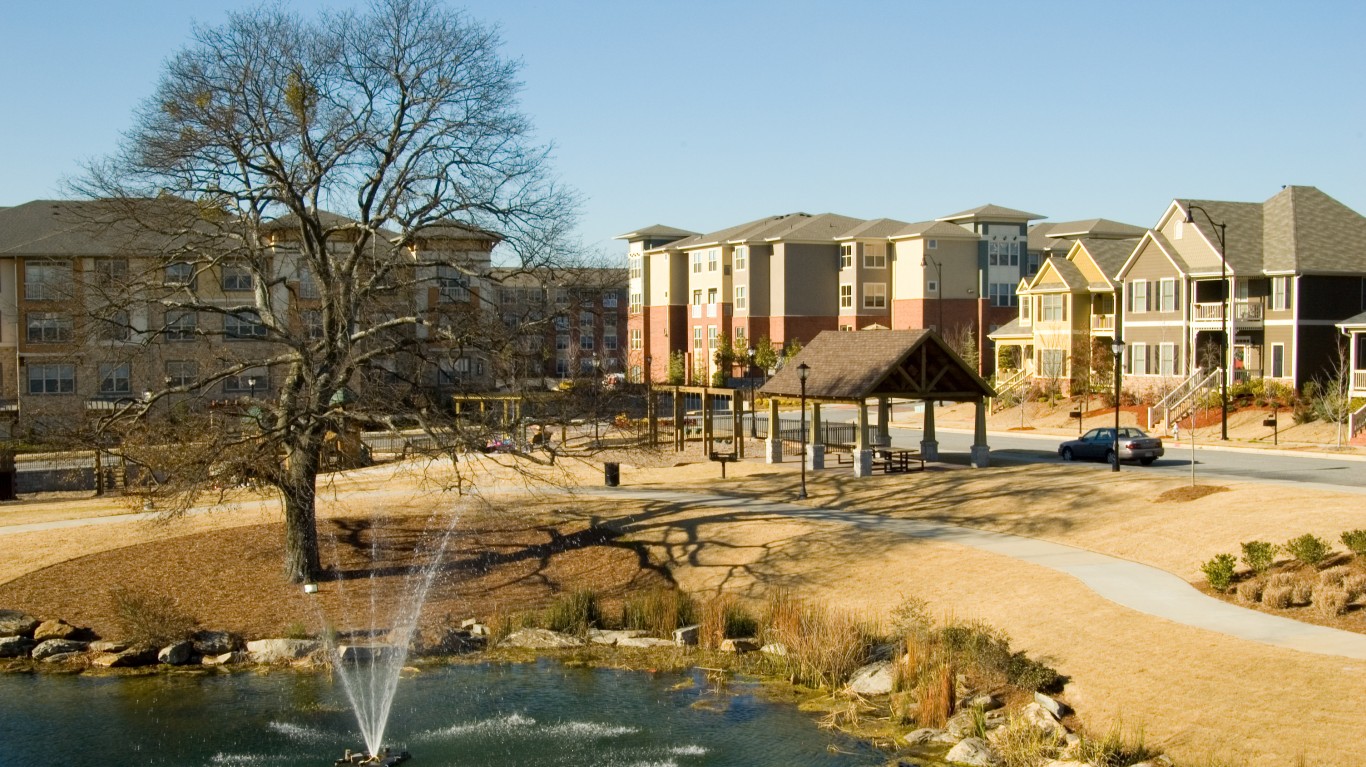 More than three in every four residents of Perry, Georgia, have limited access to grocery stores — meaning they live at least a mile from the nearest grocery store in urban areas and at least 10 miles in rural areas. Access to fresh and healthy food in the area is also limited for many by income, as 18.9% of the population live below the poverty line, well above the 14.1% national poverty rate.

Employment in the small central Georgia city has surged in recent years, climbing by 13.3% in the last five years. Still, the new jobs have not been enough curb widespread unemployment. According to the U.S. Census Bureau, 14.4% of Perry’s labor force are unemployed, more than double the comparable 5.9% national unemployment rate. 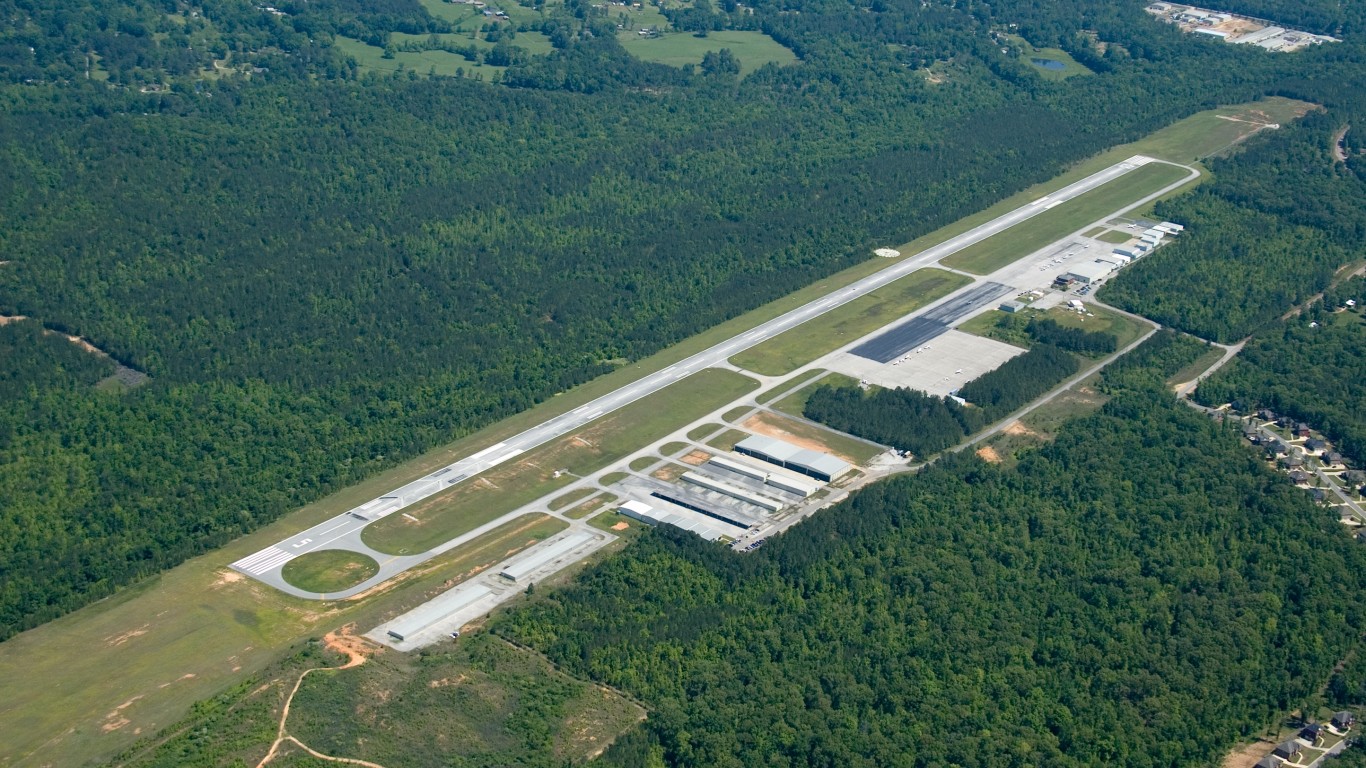 Joblessness is widespread in Bessemer, one of two Alabama cities to rank on this list. The area’s unemployment rate of 14.7% is nearly triple the 5.9% national five year unemployment rate. The weak job market is also likely discouraging labor force participation as only 36.8% of the population are employed, well below the 47.3% national participation rate.

The weak job market also helps explain the area’s low incomes. The majority of households in the city have an income of less than $32,000 a year, and nearly 14% of households live on less than $10,000 a year. These conditions may be driving people out of Bessemer. In the last five years, the city’s population fell by 2.1%. 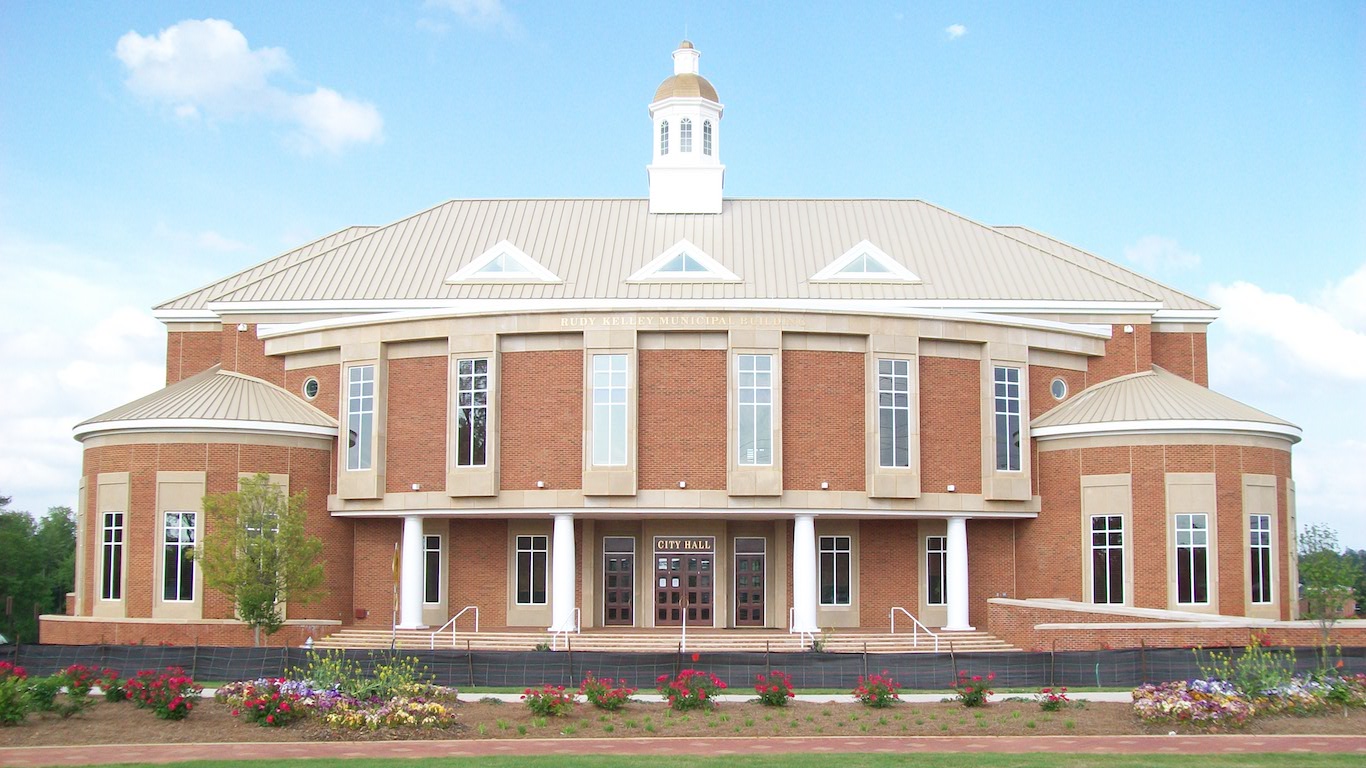 According to the Census, the five year jobless rate in Stockbridge, Georgia, stands at 8.5%, well above the comparable 5.9% national five year unemployment rate. Stockbridge residents are also more likely to live in poverty and less likely to own their home than the typical American. The area’s low income residents face some additional financial strain due to a slightly higher cost of living. Goods and services in Stockbridge and across the surrounding county are about 3% more expensive than average.

Access to fresh, nutritious food is relatively limited in Stockbridge. Over 70% of area residents live far from a grocery store — defined as 1 mile in an urban area and 10 miles in a rural area — well above the 42.1% share of Americans who live in low access areas. 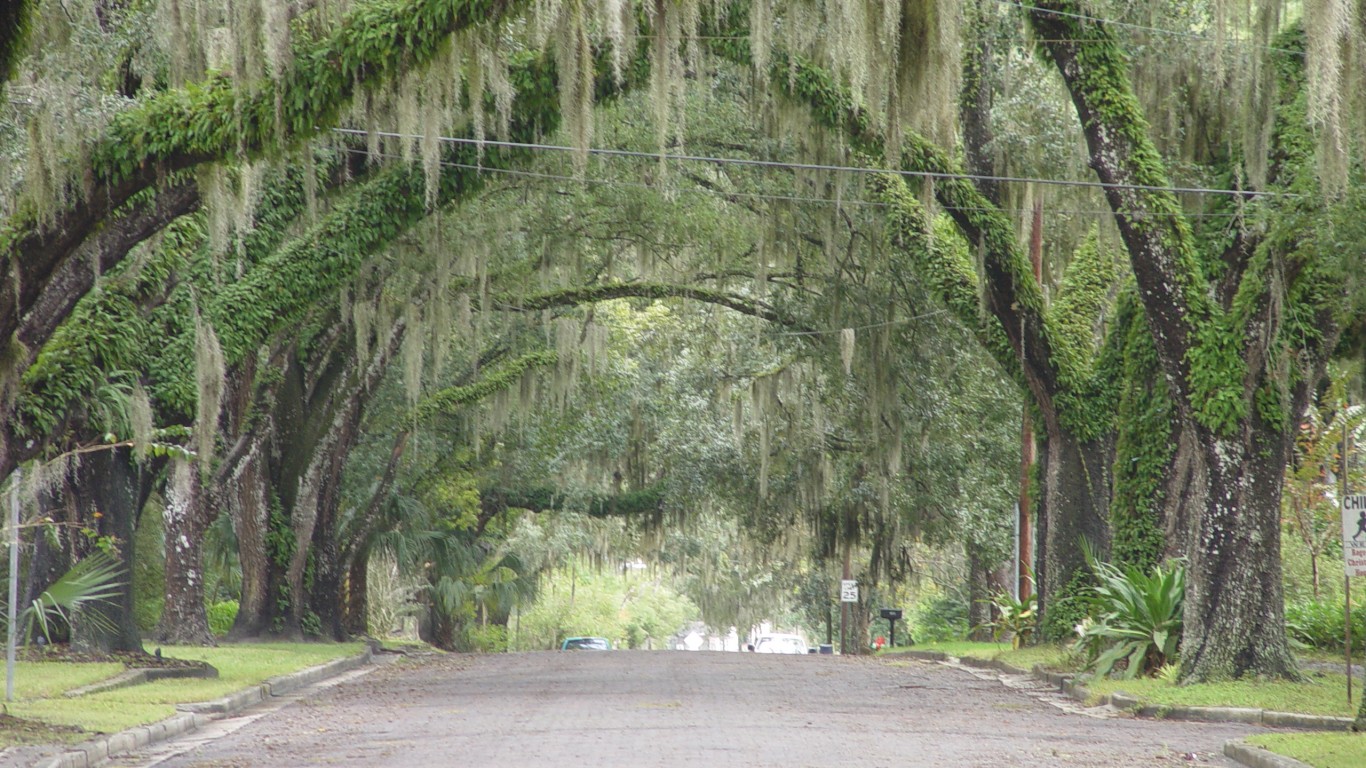 Brooksville is a small city in western Florida, less than 60 miles north of Tampa. Low property values often indicate low demand for housing, which can happen if an area is a particularly undesirable place to live. In Brooksville, the typical home is worth just $49,000, less than a quarter of the national median home value of $204,900.

Brooksville’s weak job market is one of the reasons the city ranks among the worst places to live. With stagnant employment growth in recent years, the area’s unemployment rate of 9.8% is far higher than the 5.9% national rate. The weak job market is also likely discouraging labor force participation as only 30.3% of the population are employed, well below the 47.3% national average.