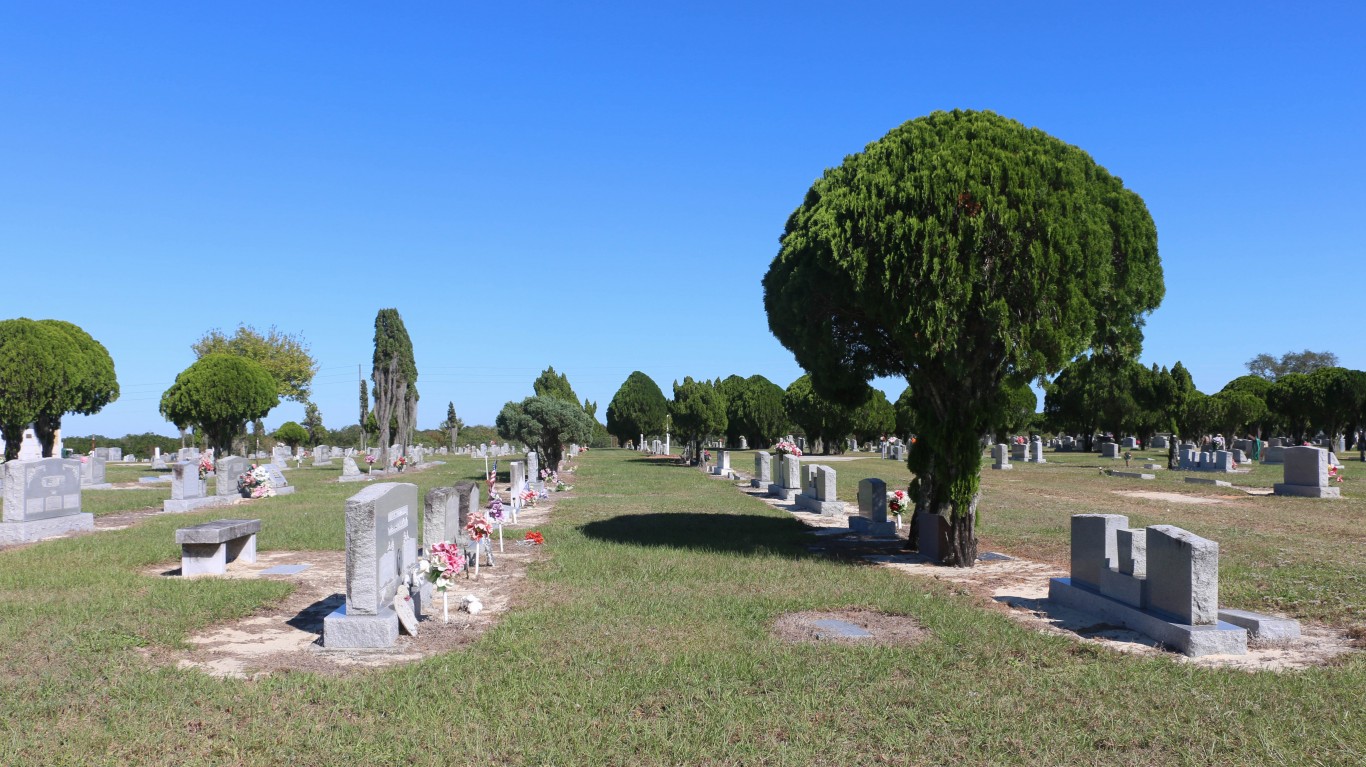 Avon Park, Florida, ranks among the worst cities to live in largely due to weak economic conditions. Though employment in the small central Florida city has surged in recent years, climbing by 14.4% in the last half decade, the new jobs have not been enough curb the area’s widespread unemployment. According to the U.S. Census Bureau, 19.9% of Avon Park’s labor force are unemployed, more than double the 5.9% national five year unemployment rate.

Partially due to the weak job market, many in Avon are struggling financially. Nearly one-third of the city’s population live below the poverty line, and more than one in every 10 households earn less than $10,000 a year. 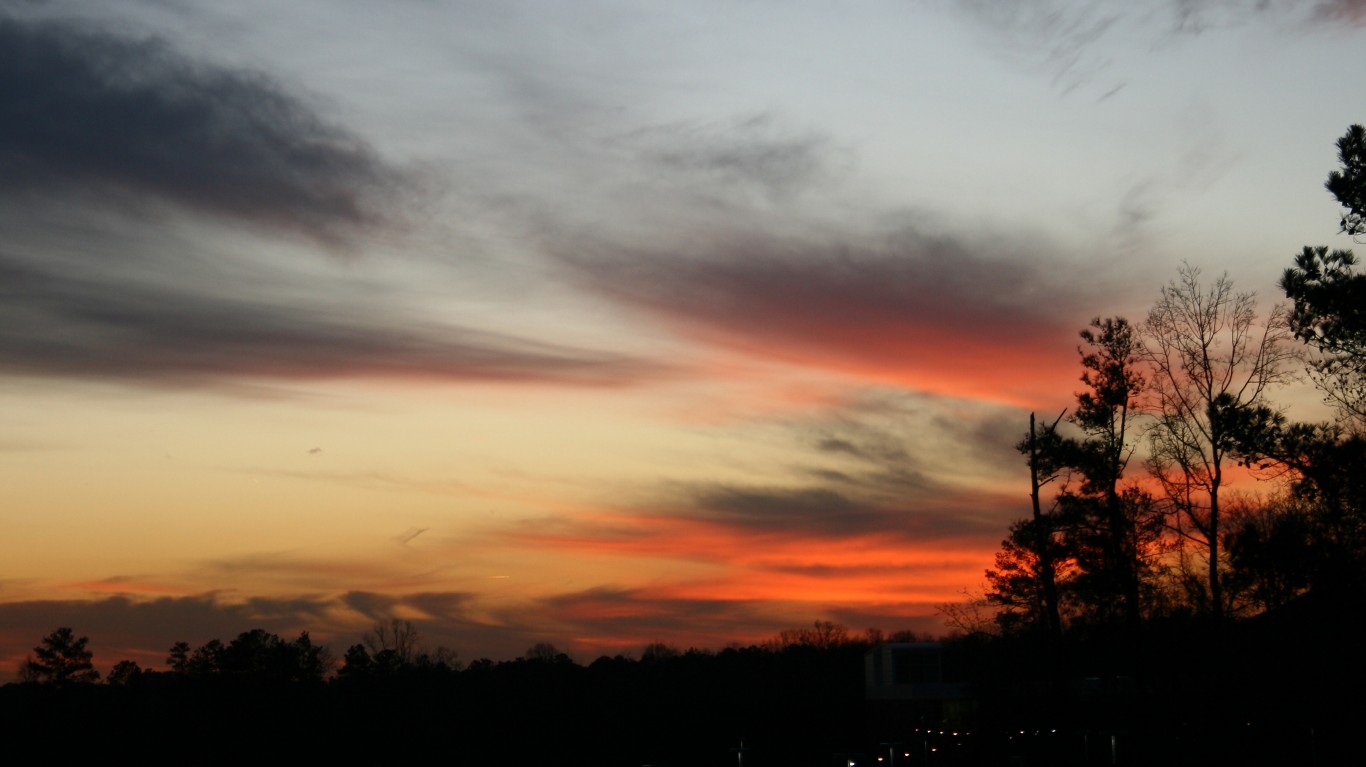 A relatively large share of people living in Lawrenceville, Georgia, may be struggling to obtain fresh, healthy food for several reasons. First, 78% of residents live in low access areas, meaning they live at least a mile from the nearest grocery store in urban areas and at least 10 miles in rural areas. Another hurdle for many residents is affordability. The area’s poverty rate stands at 21.5%, well above the 14.1% national poverty rate.

Conditions are even worse for low-income Lawrenceville residents than they are for poor Americans in other parts of the country due to a relatively high cost of living. Goods and services in the county are about 6% more expensive on average than they are nationwide.

ALSO READ: States With The Biggest And Smallest Governments 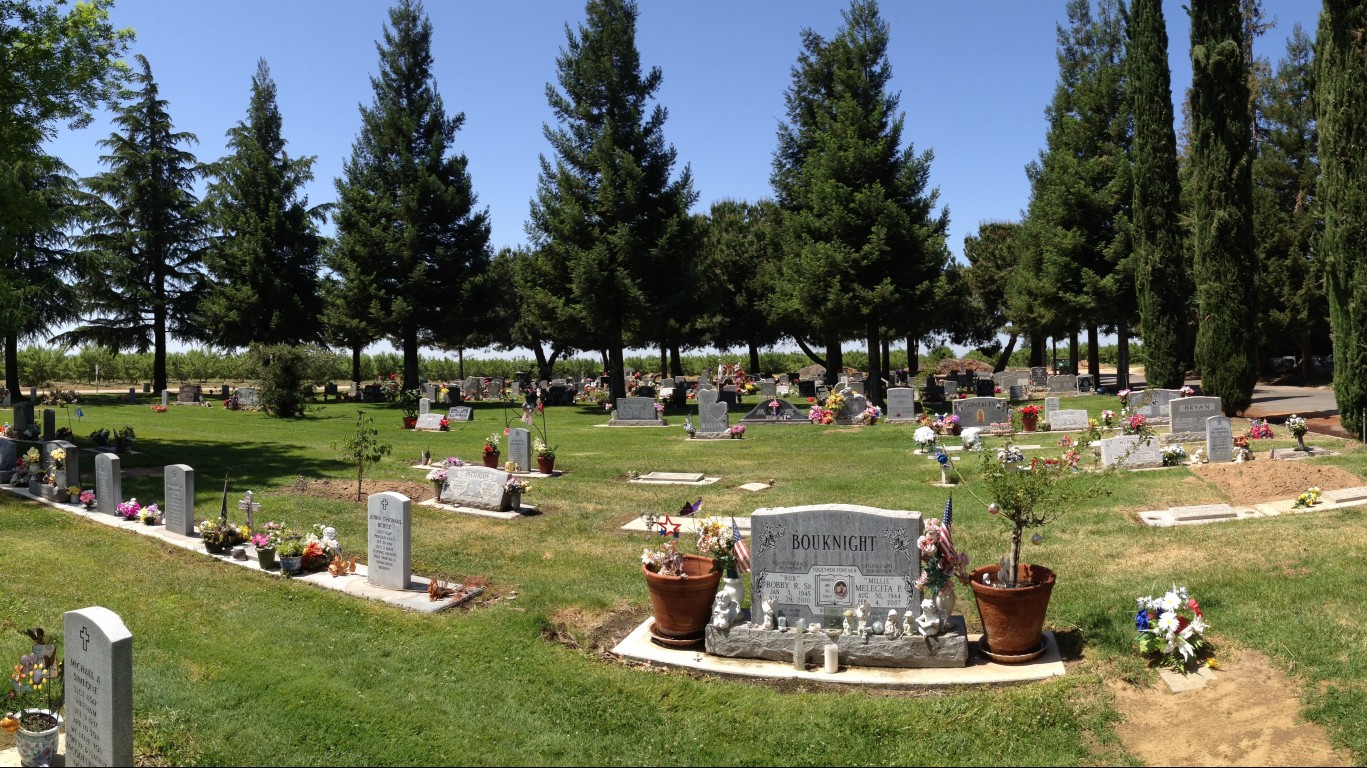 Over the last five years, the number of people working in Winton, California, fell by 4.8%, even as nationwide overall employment climbed by 6.5% over the same period. As of 2018, Winton’s five-year unemployment rate stands at a staggering 20.7%, nearly quadruple the comparable 5.9% national five year rate, according to the Census. Greater availability of jobs would likely go a long way in reducing financial hardship in the area. Currently, about one in every four Winton residents live below the poverty line.

Higher educational attainment can lead to improved job security and reduce the likelihood of financial insecurity. In Winton, only 53% of adults have a high school diploma, and 6.2% have a bachelor’s degree. 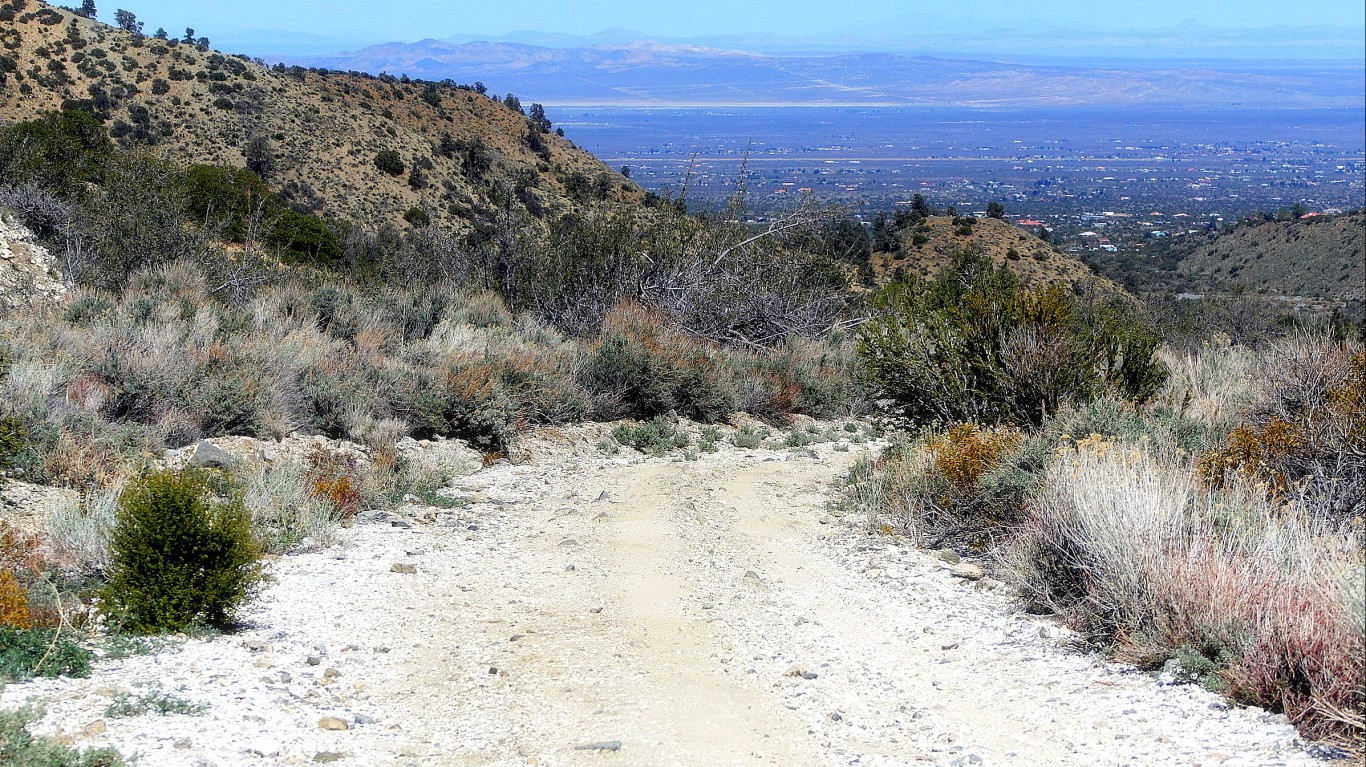 Workers in Phelan, California, are nearly three times more likely to be unemployed than the typical American worker. The area’s five year unemployment rate stands at 14.7%, compared to the 5.9% national rate.

Quality of life in Phelan is further affected by a lower than average concentration of arts and entertainment options. There are far fewer places like restaurants, bars, museums, and theater companies in the city than there are nationwide relative to the population size. Even more importantly, for many area residents, it may take longer than average to obtain emergency medical services as the closest hospital is over 13 miles from the center of town. 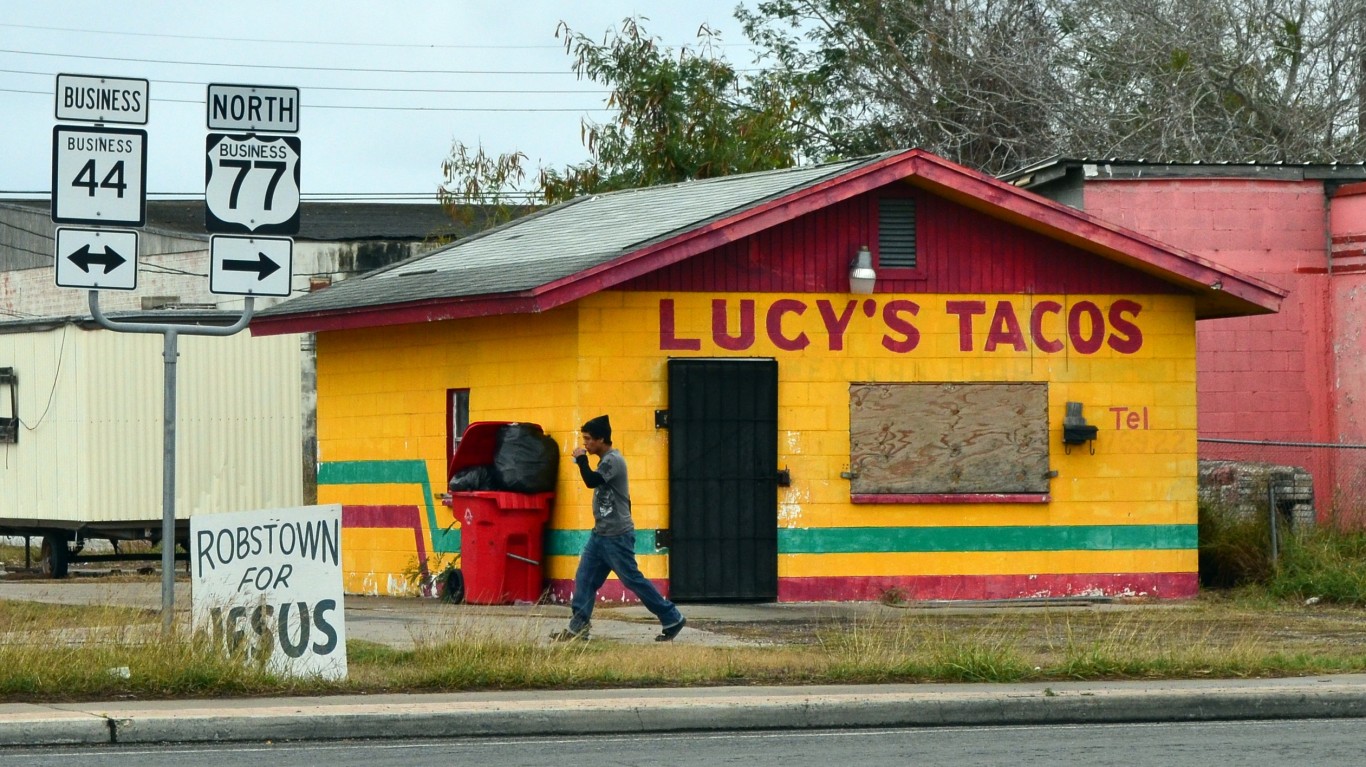 Robstown, Texas, has one of the worst job markets of any U.S. city. The city’s five year unemployment rate of 20% is nearly quadruple the comparable 5.9% national rate. The high jobless rate has likely contributed to the widespread poverty in the city. Robstown’s poverty rate is a staggering 41.1%.

Close proximity to a hospital can mean the difference between life and death for many who may need emergency medical services. However, the nearest hospital from the center of Robstown is nearly 17 miles away.