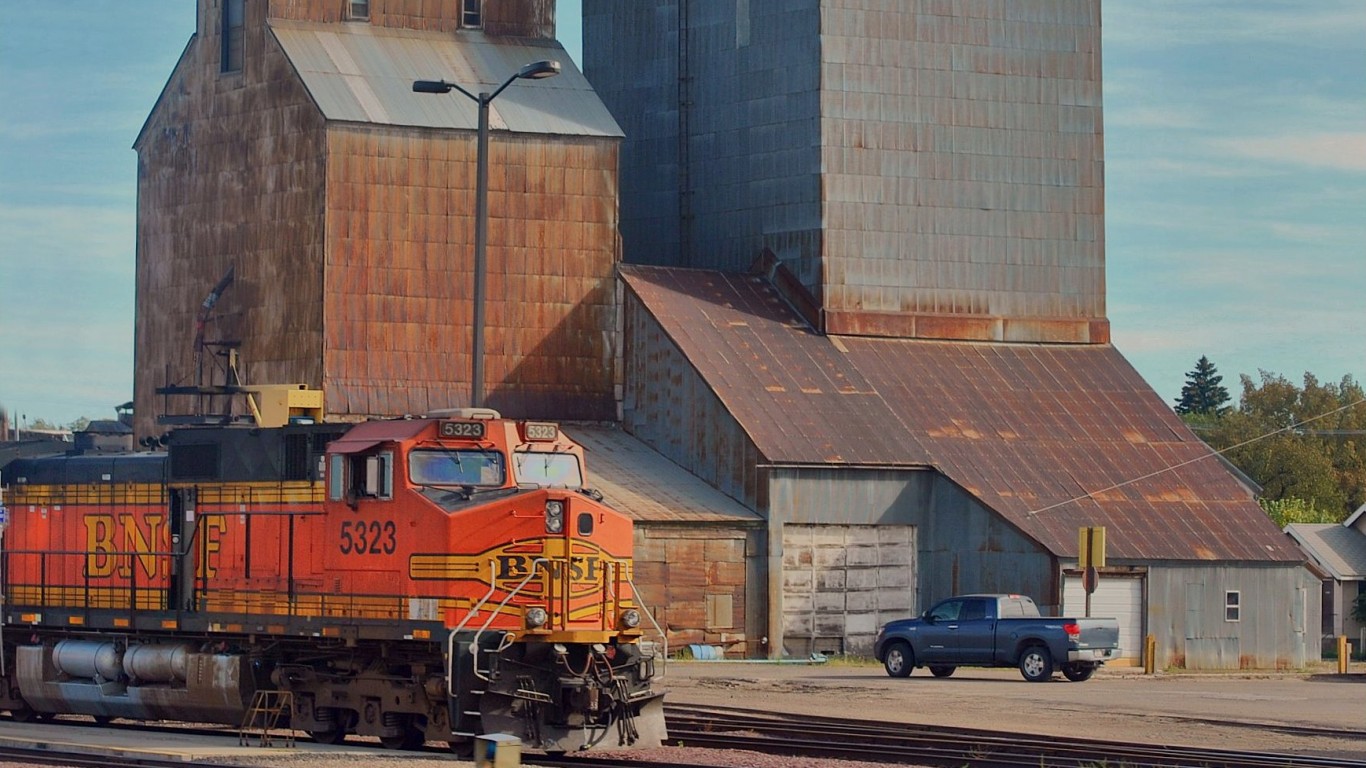 Havre, Montana, located about 45 miles south of the Canadian border, ranks as the worst place to live in the state. Jobs have been disappearing from the relatively remote city in recent years. There are 8.8% fewer people working in Havre now than there were five years ago. Many of those who are working are earning relatively low incomes. The typical household in the city earns just $46,419 a year, compared to the median household income across the state of $52,559. 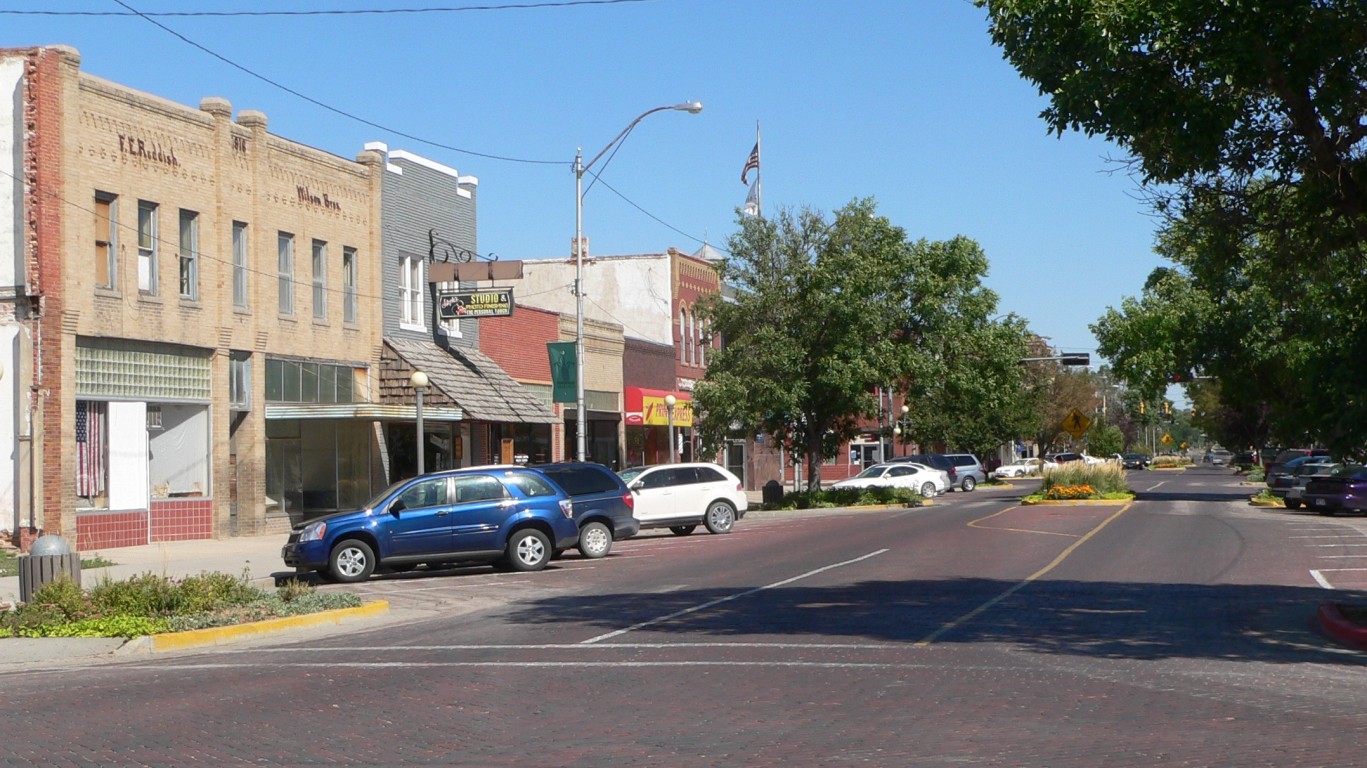 Workers with higher educational attainment tend to have higher wages, and in Alliance just 19.2% of adults 25 and older have at least a bachelor’s degree or higher. This is well below the state bachelor’s degree achievement rate of 31.3%.

ALSO READ: What It Costs to Retire Comfortably in Every State 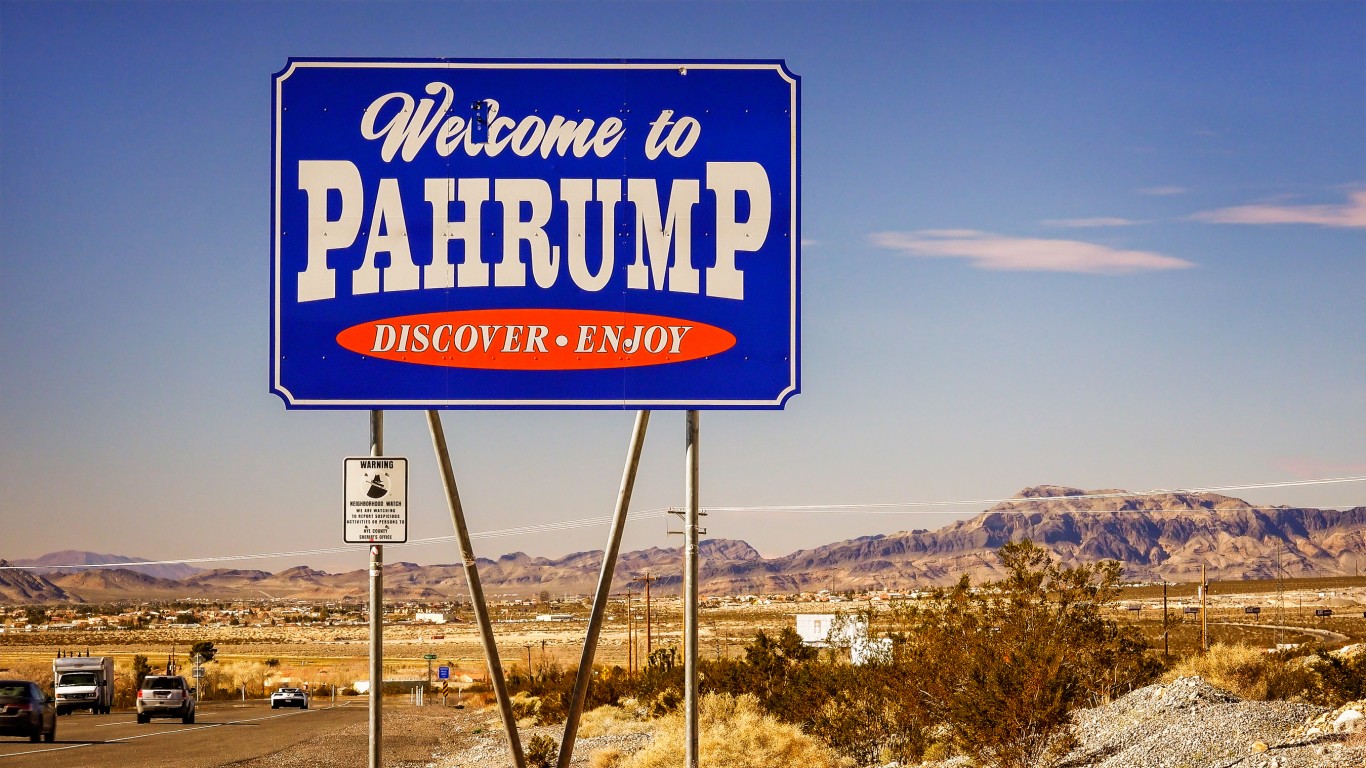 Pahrump, Nevada, located west of Las Vegas in the southeast corner of Nye County, was originally home to a basecamp used by gold miners in the region. Since Las Vegas’s growth in the 1960s, Pahrump became more developed and its population surged over the following decades.

In recent years, joblessness has been relatively common in Pahrump. An average of about one in every 10 labor force participants have been unemployed over the last half decade. Pahrump and the surrounding area are also struggling with social and health problems. Across Nye County, there were about 40 drug overdose deaths for every 100,000 people annually, the most of any county in the state. 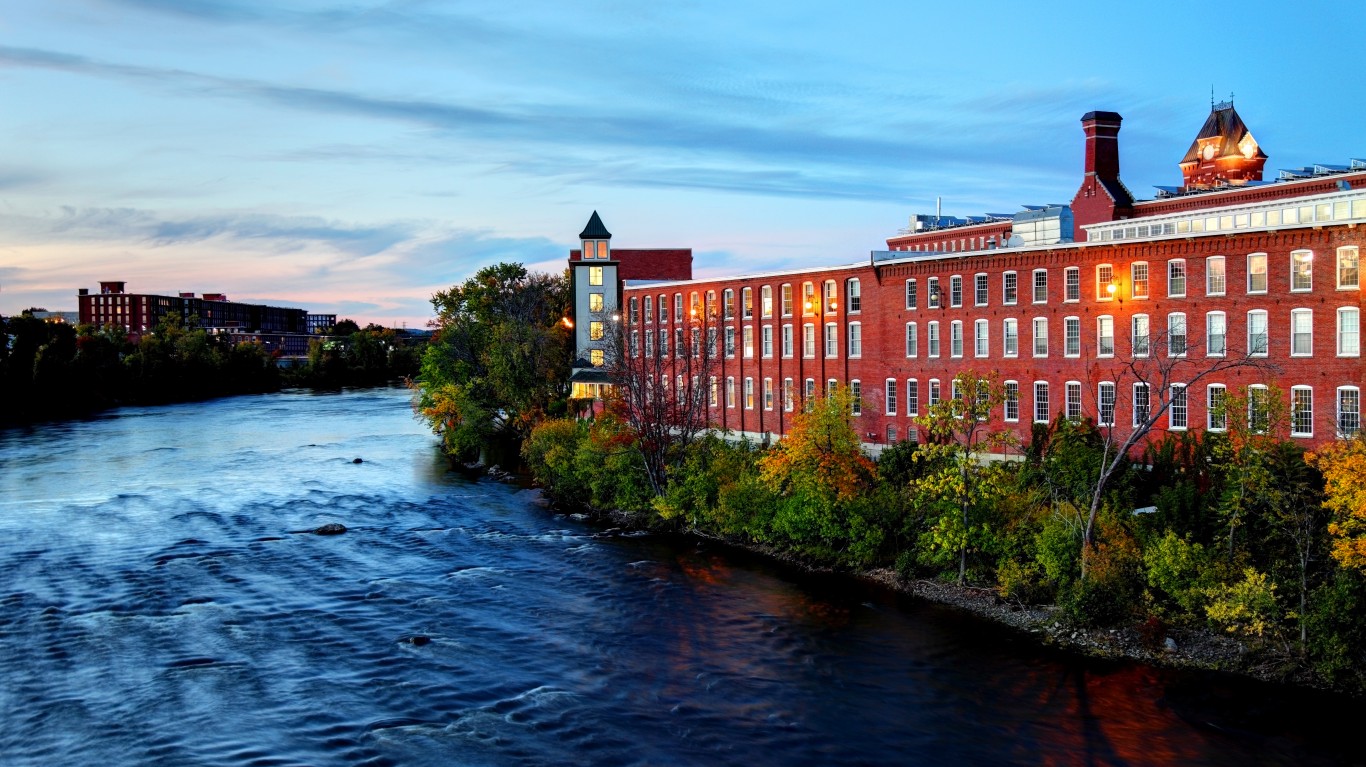 Manchester, located in southern New Hampshire, ranks as the worst place to live in the state. Though the city does far better than many others on this list in some important measures, compared to the rest of New Hampshire, it is struggling with some social and economic problems.

Much of New England has been hit especially hard by the opioid epidemic. In Hillsborough County, where Manchester is located, there are 45 drug overdose deaths for every 100,000 people annually, the most of any county in New Hampshire. Residents of Manchester are also far more likely to be struggling financially than the typical New Hampshire resident. The local poverty rate is 14.8%, nearly double the 7.9% poverty rate across the state. 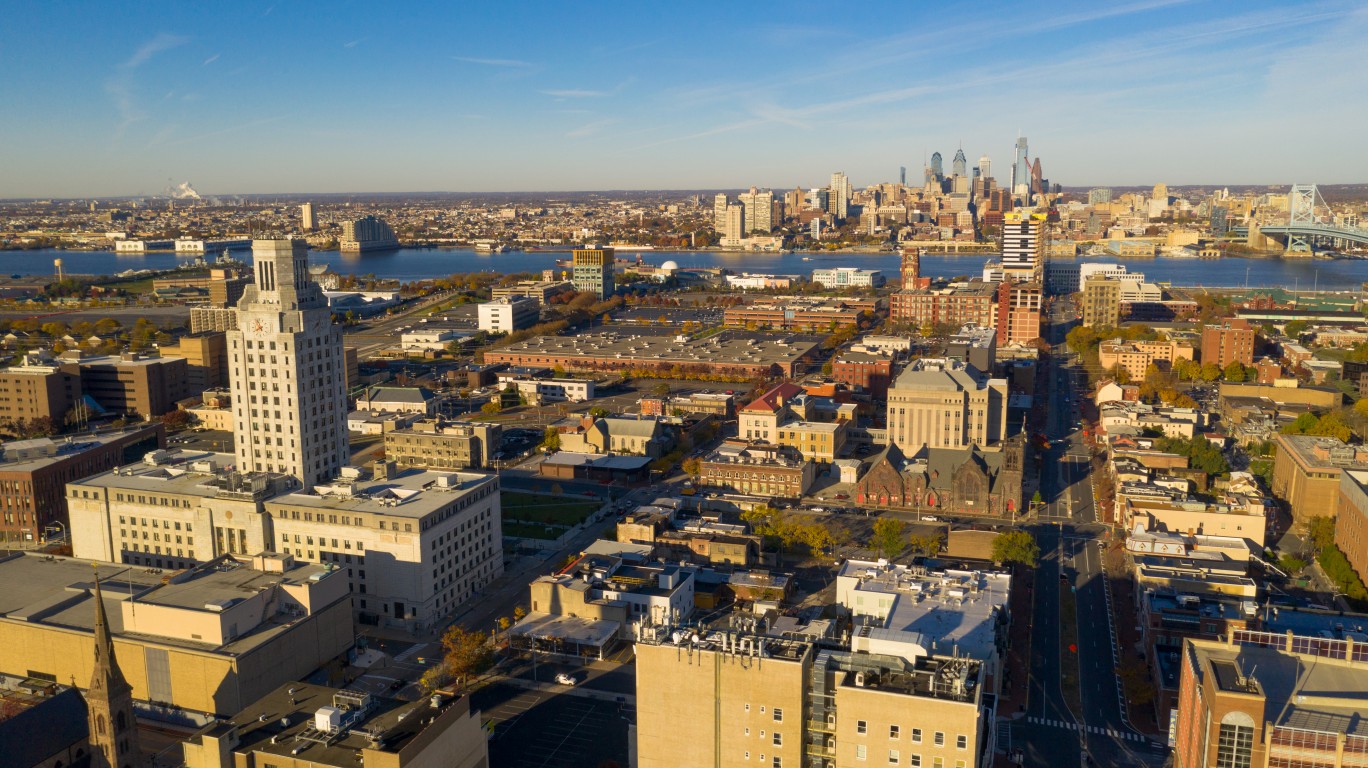 Based on a range of social and economic measures, Camden ranks as the worst city to live in in New Jersey. Camden residents are more than twice as likely to be unemployed as the typical New Jersey resident. They are also more than three times as likely to live below the poverty line. Additionally, drug overdose deaths are far more common in Camden County than they are in much of the rest of the state.

As is the case in many cities in other parts of the country with similar problems, people are leaving Camden faster than they are coming in. Over the last five years, Camden’s population contracted by 3.6%.