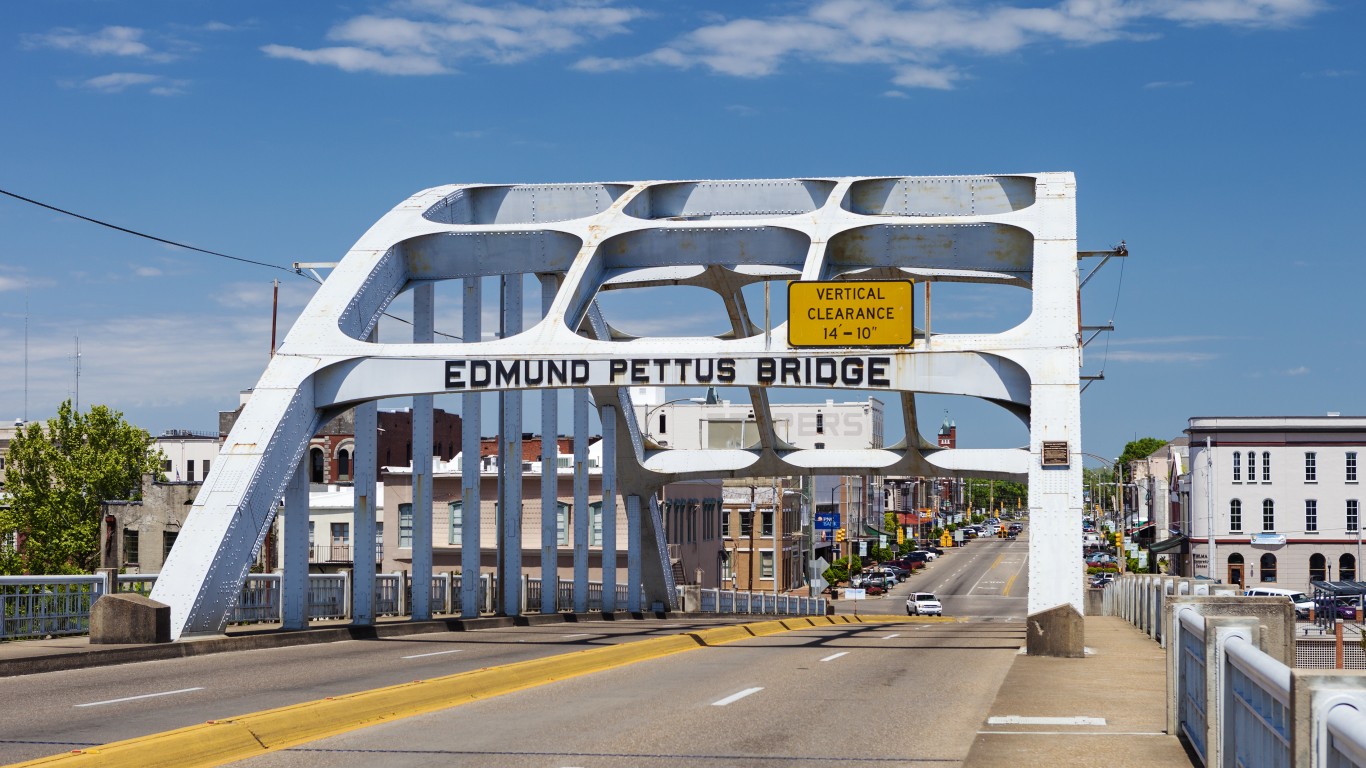 With limited economic opportunities and widespread poverty, Selma — a city that played a historic role in the American civil rights movement — ranks as the worst place to live in Alabama. Over the last five years, an average of 15.7% of the local labor force has been unemployed, well above the 6.6% state jobless rate over that time. With a poverty rate of 41.0%, Selma residents are more than twice as likely to live below the poverty line as the typical Alabama resident.

As is often the case in economically distressed areas, Selma’s population is shrinking rapidly. Over the last five years, the number of people living in the city fell by 7.8%. 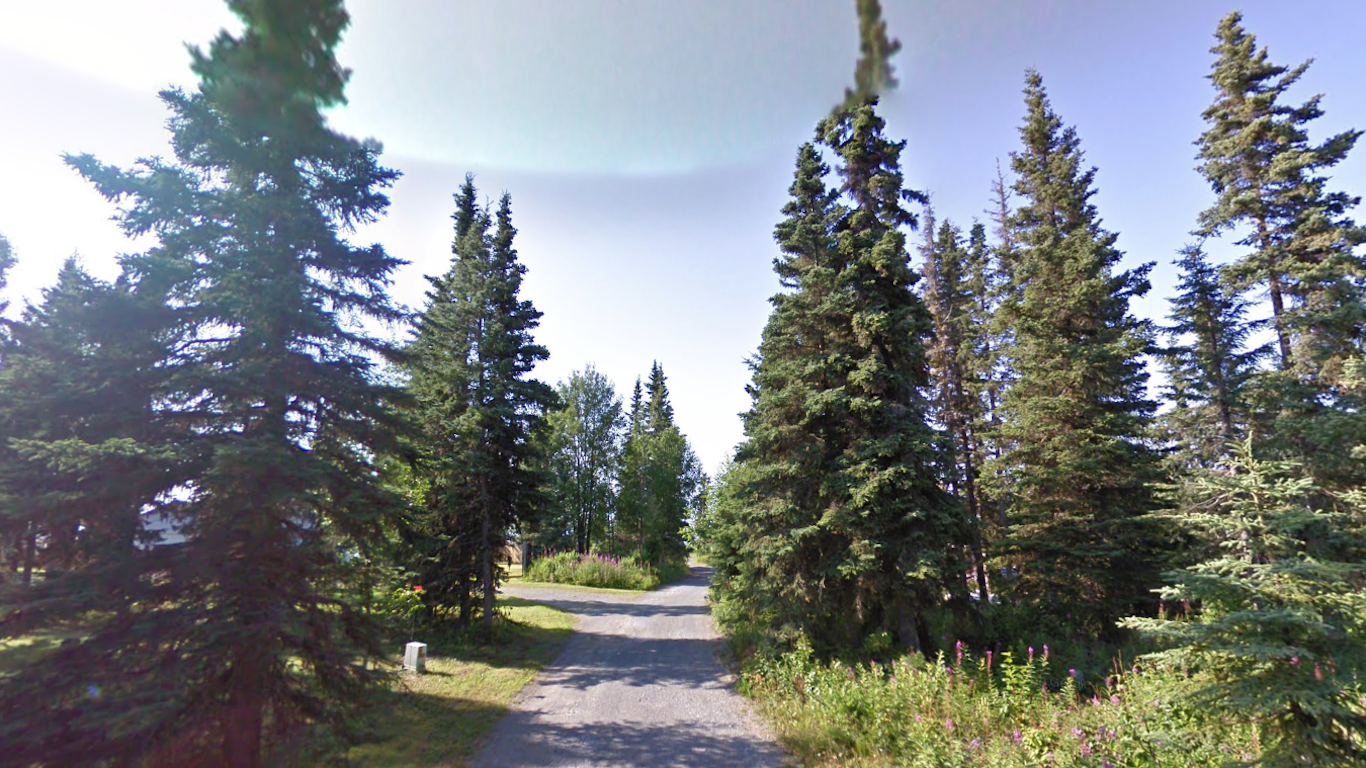 Kalifornsky, a coastal Census designated place in southern Alaska, ranks as the worst place to live in the state. It is located in the Kenai Peninsula Borough, which has about 24 fatal drug overdoses for every 100,000 people annually, the second highest drug overdose rate of any borough or county equivalent in Alaska. Additionally, the poverty rate in Kalifornsky of 11.6% is slightly higher than the 10.8% statewide poverty rate.

Like many cities, towns, and equivalent places on this list, people are leaving Kalifornsky faster than they are coming in. Over the last half decade, the number of people living there has fallen by 3.2%. 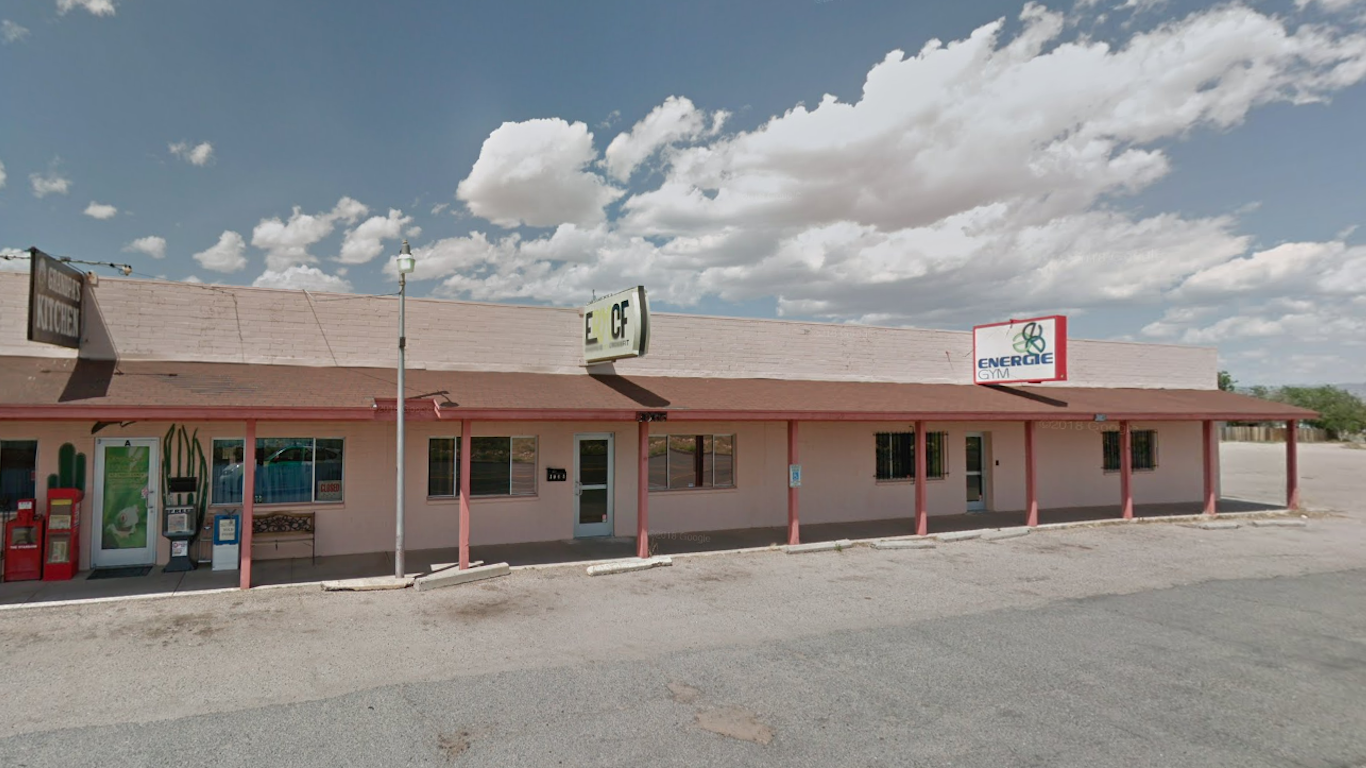 New Kingman-Butler, a Census designated place in western Arizona, ranks as the worst place to live in the state, largely due to widespread economic hardship. The local poverty rate stands at 28.0% — well above the 16.1% statewide rate. The area’s low incomes and high poverty are likely related in part to the weak job market. The average unemployment rate in the area over the last five years was 15.9%, more than double the 6.5% state rate over that time.

Property values can be indicative of an area’s desirability as a place to live. In New Kingman-Butler, most homes are worth less than $65,000. Meanwhile, most homes in Arizona are worth well more than $200,000. 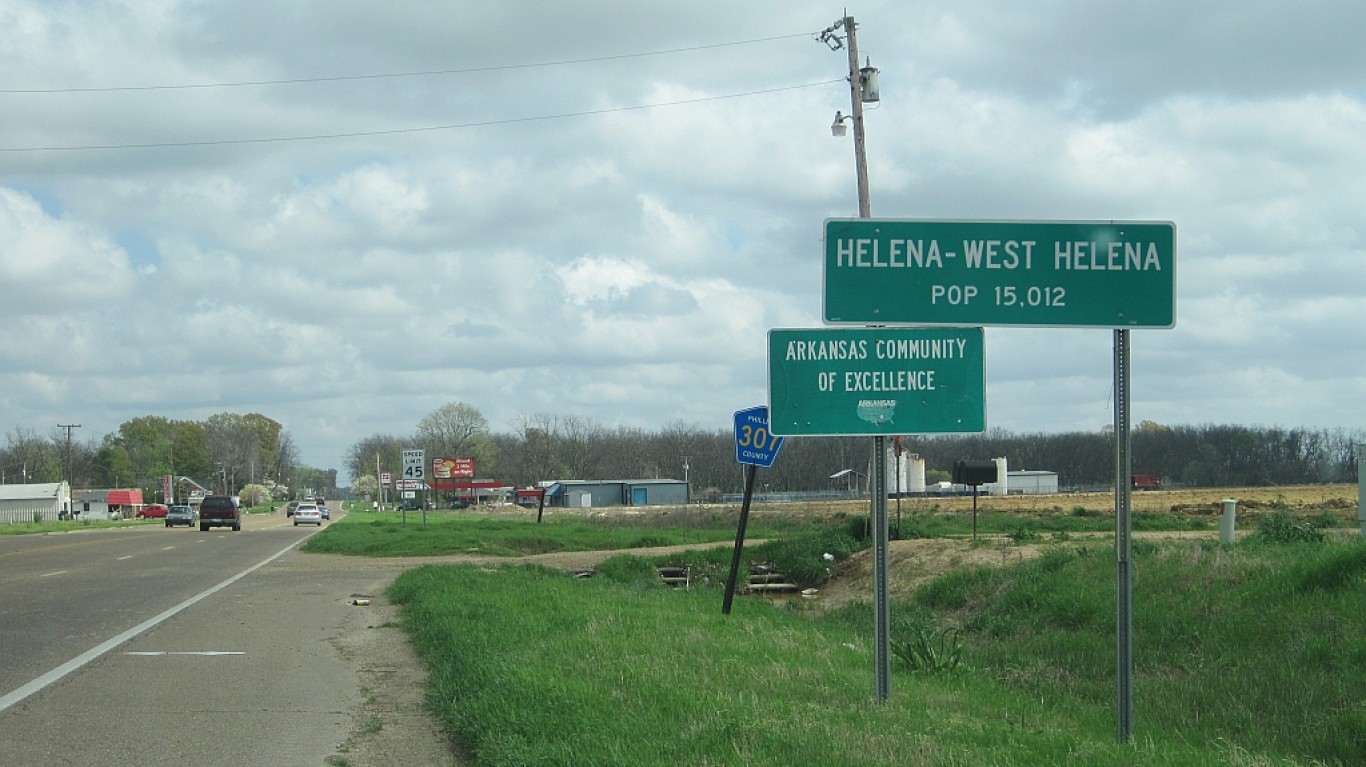 Helena-West Helena, a city in eastern Arkansas, is one of the poorest places in the United States. The typical household in the metro area earns $22,400 a year, about a third of the income the typical American household earns, and even well below the state’s relatively low $48,726 median household income. Additionally, the city’s 41.7% poverty rate is more than double the 17.6% poverty rate across all of Arkansas.

The once thriving city was hit hard by the closing of the Mohawk Rubber Company in the 1970s. The average unemployment rate over the last five years was 12.2% in the city. Over the same period, the number of people living there has fallen by 8.7%. 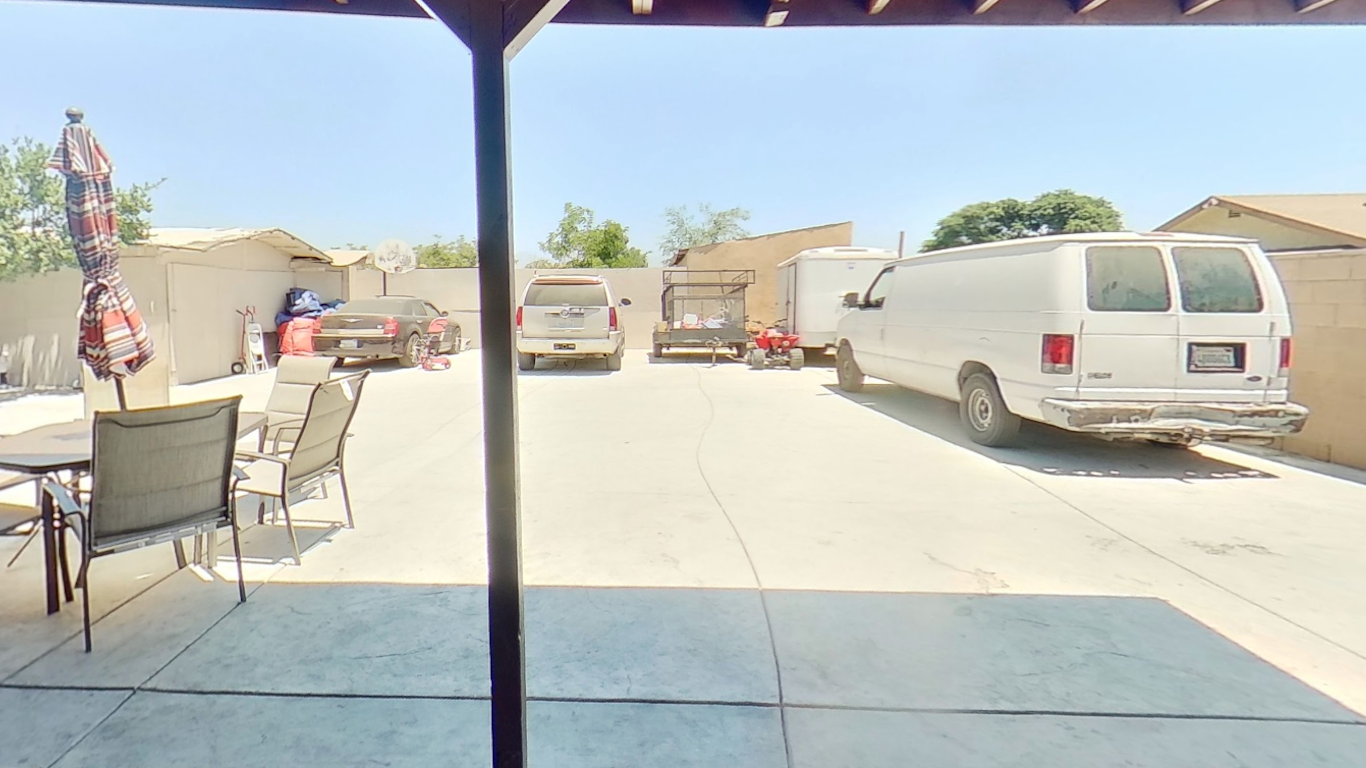 Muscoy is a Census designated place in southern California located just north of San Bernardino. The area was originally developed for agricultural enterprises in the 1920s and experienced a population boom following World War II, which led to its transition to a suburban area that depended largely on tourism from Route 66 travelers.

Now one of the poorest places in the state, Muscoy’s poverty rate of 38.1% is more than double the California poverty rate of 14.3%. Widespread financial hardship and limited economic opportunities often go hand in hand, and in Muscoy, the five-year average unemployment rate is a staggering 17.8%.