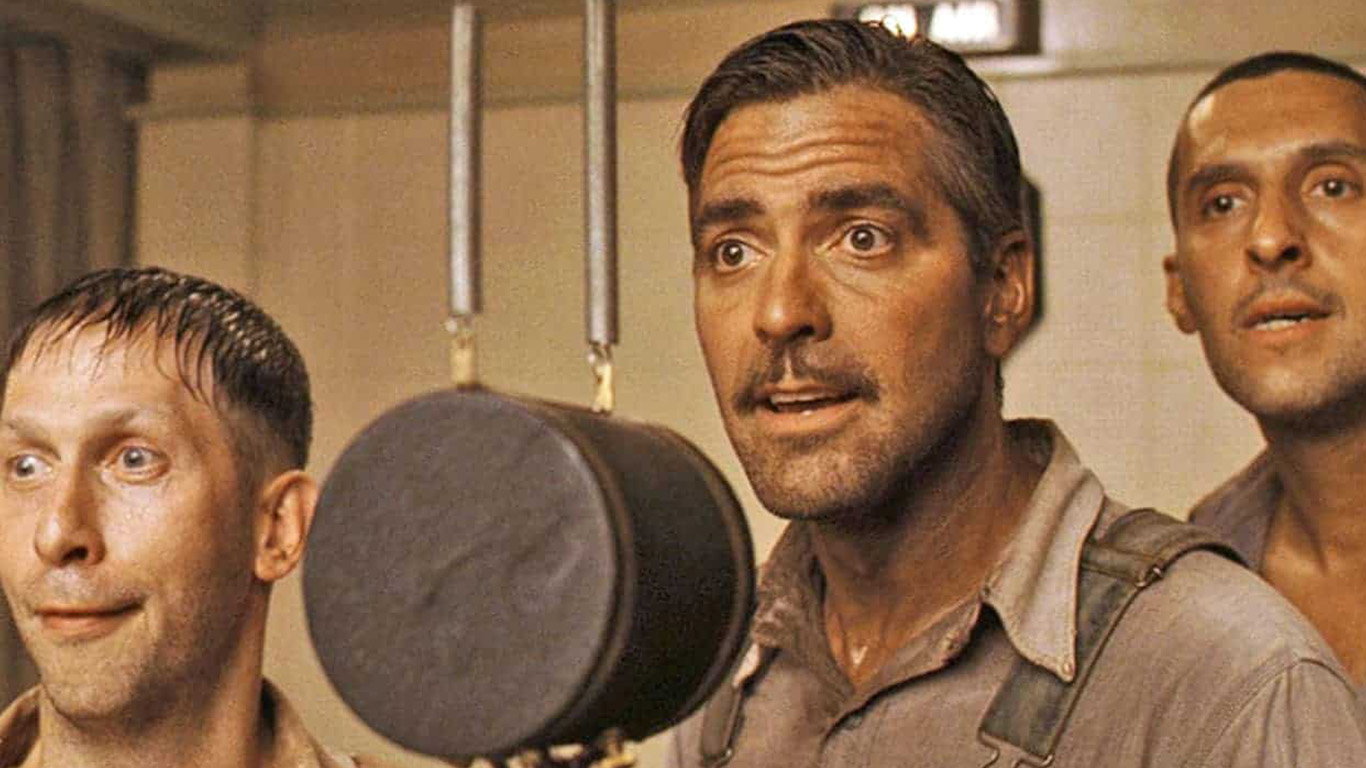 “O Brother, Where Art Thou?,” a prison movie set during the Great Depression, starred George Clooney, John Turturro, and Holly Hunter and was directed by the Coen brothers. The soundtrack to the movie was the handiwork of noted record producer T-Bone Burnett, who researched and recreated the country, bluegrass, and blues sounds of the period. Among the talent showcased on the album are Ralph Stanley, the Whites, Gillian Welch, Alison Krauss, and Emmylou Harris. 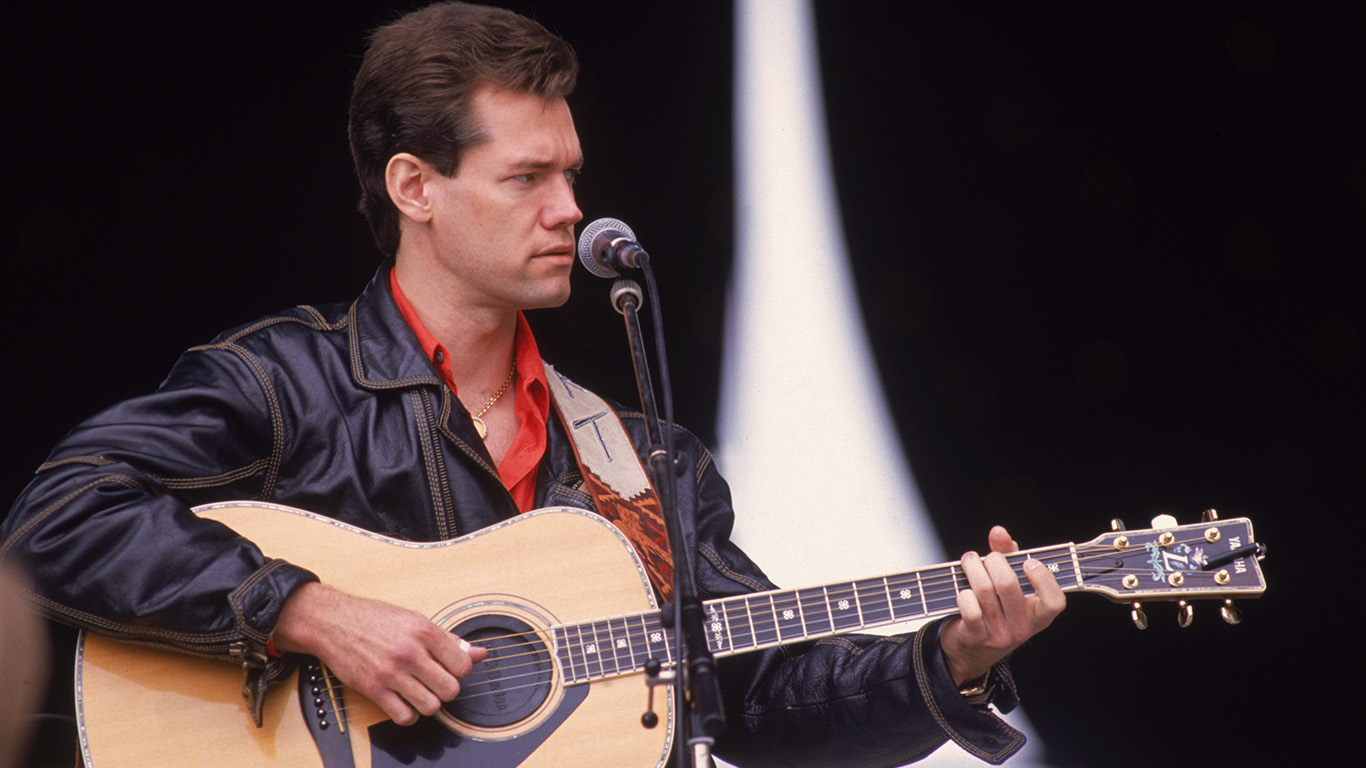 “Always & Forever” was the second studio album for Randy Travis, who helped launch the new traditionalist movement in country music. The LP was the second No. 1 for the North Carolina native, producing chart-topping singles “Forever and Ever, Amen,” “I Won’t Need You Anymore (Always and Forever),” and “Too Gone Too Long.” “Always & Forever,” a 5x platinum album, was on the Billboard Top Country Album chart for 208 weeks. Travis won the first of his seven Grammys, Best Country Vocal Performance, Male, for “Always & Forever.” 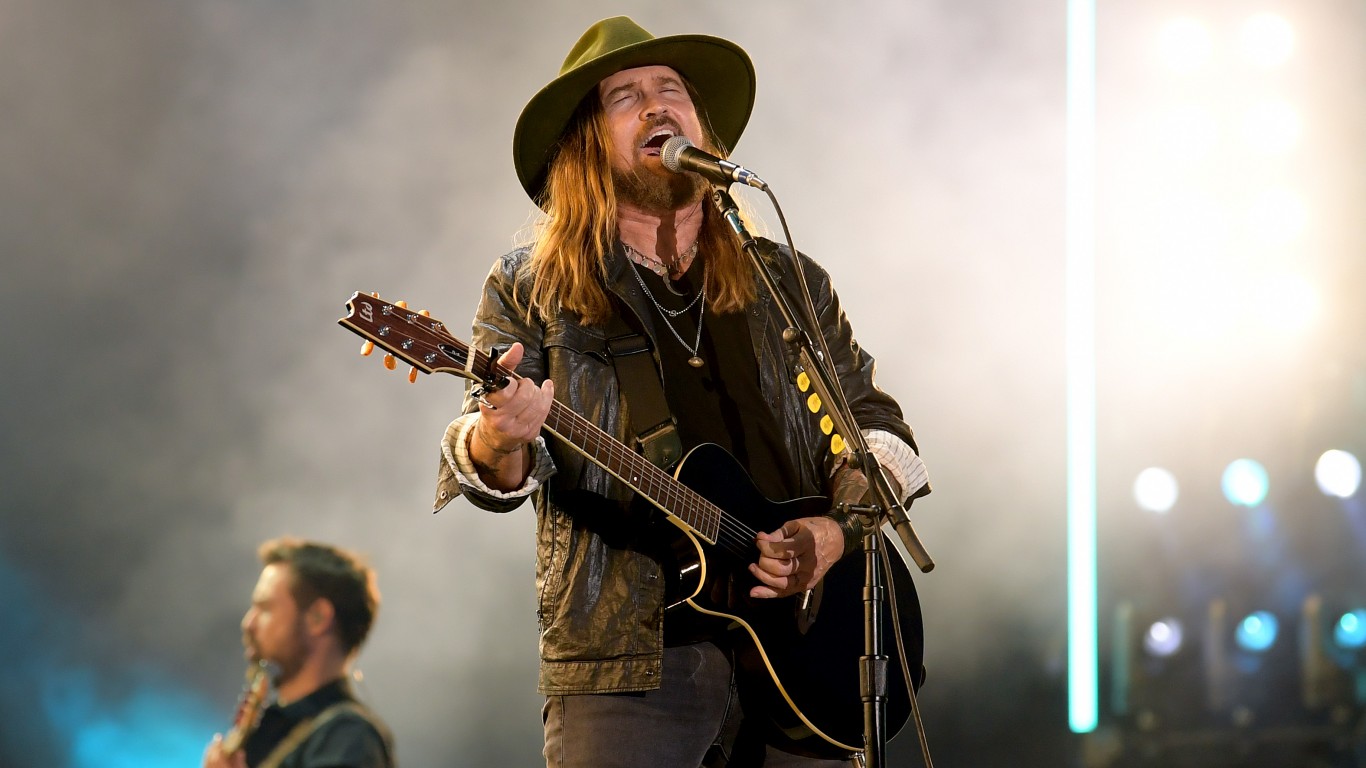 “Some Gave All,” the debut LP for Billy Ray Cyrus, was the first of his two country chart-topping albums. It was No. 1 for 34 weeks, and the record went 9x platinum in 1996. It also was Cyrus’ lone Billboard 200 chart-topper. The album is remembered for the country No. 1 single “Achy Breaky Heart,” which also crossed over to reach No. 4 on the Billboard Hot 100. 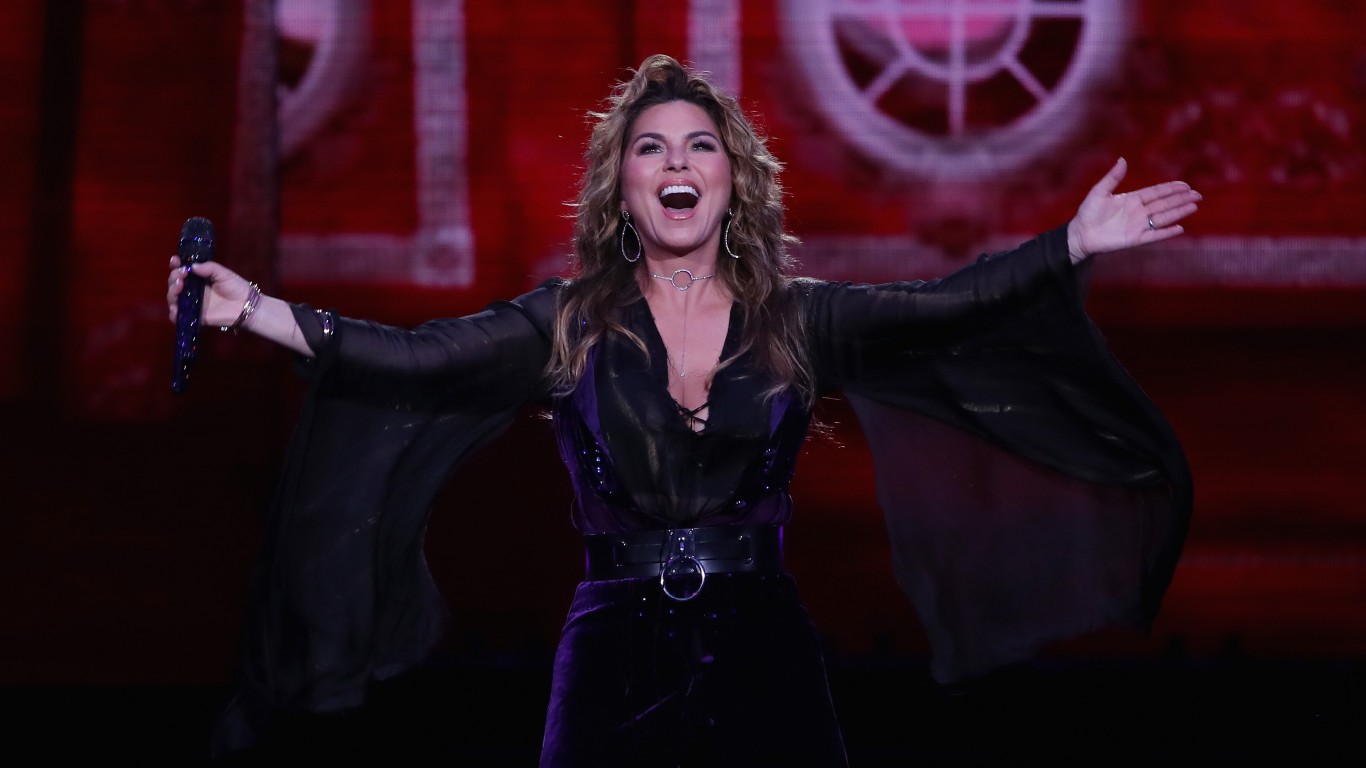 Shania Twain’s “The Woman in Me” occupied the country album chart top spot for 29 weeks and garnered the Canadian vocalist a Grammy for Best Country Album. Eight singles were released from the LP, which went 12x platinum. The songs “Any Man of Mine,” “(If You’re Not in It for Love) I’m Outta Here!” “You Win My Love,” and “No One Needs to Know” were all country No. 1 hits. 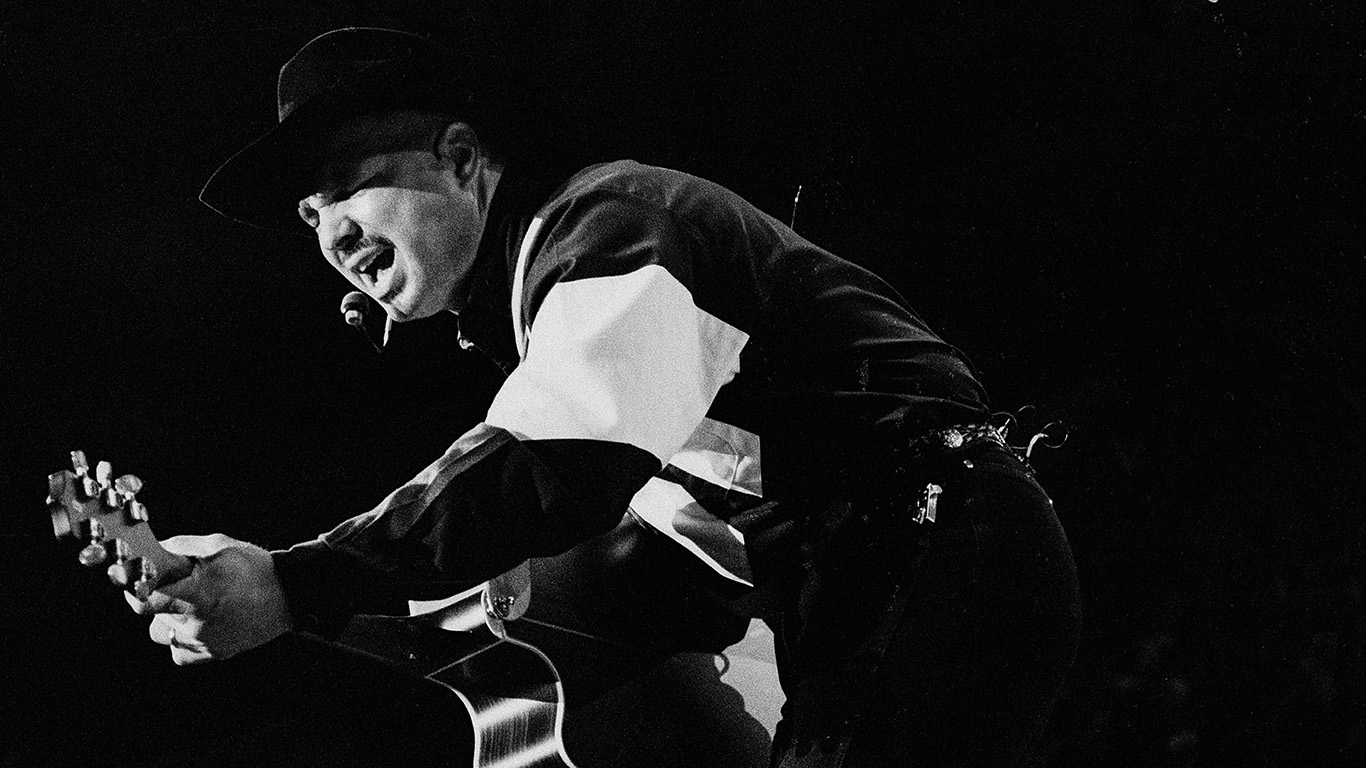 Garth Brooks’ “Double Live” album was a monster hit, going 21x platinum. The record was one of the Oklahoma native’s 17 country chart-toppers, and it also led the Billboard 200. “Double Live ” was Brooks’ first live album and contained three previously unreleased songs: “It’s Your Song,” “Wild as the Wind” (duet with he Trisha Yearwood), and “Tearin’ It Up (And Burnin’ It Down).” 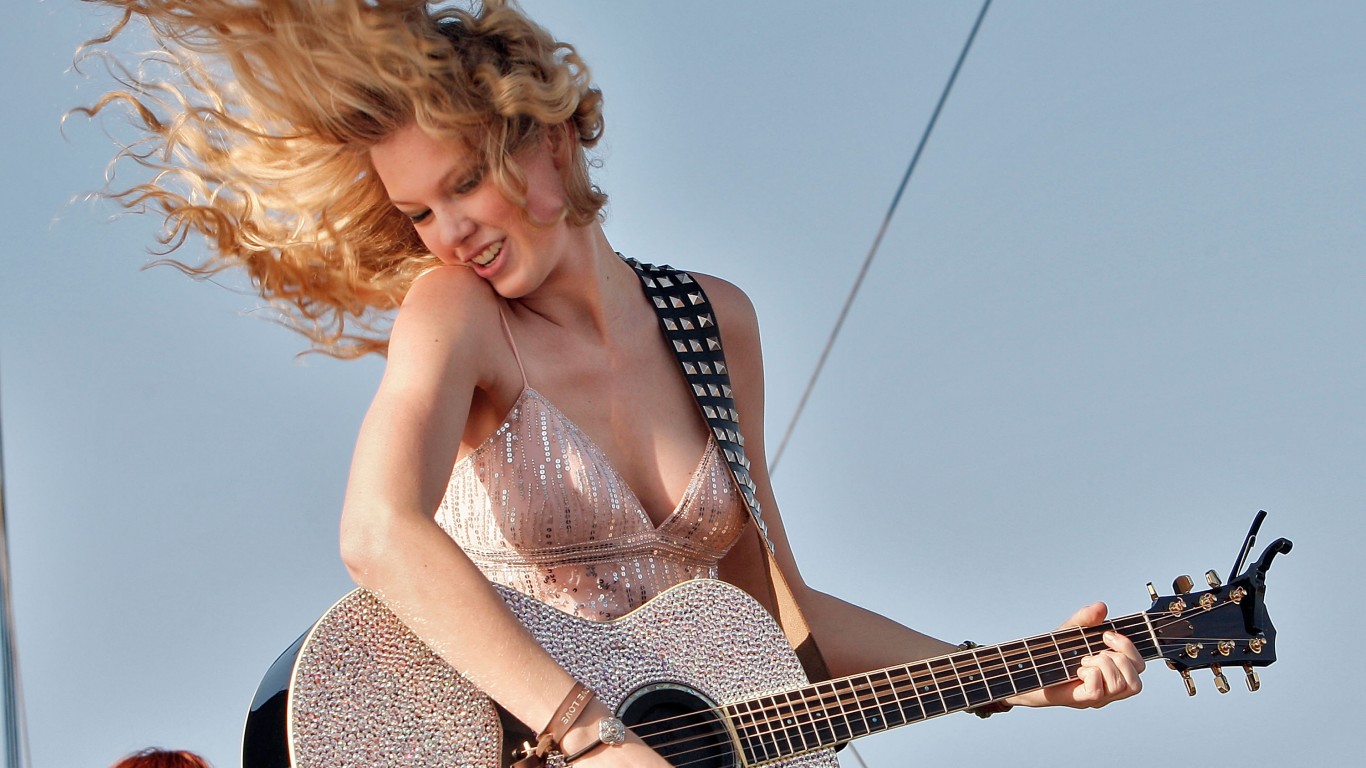 Pennsylvania native Taylor Swift who has successfully blended pop and country genres notched her second country No. 1 and her first chart-topper on the Billboard 200 with “Fearless,” which would go on to win Grammys for Best Country Album and Album of the Year. Swift also won Grammys for Best Female Country Vocal Performance and Best Country Song for “White Horse,” which was on “Fearless.” The album went 10x platinum in 2017. The singles “You Belong to Me” and “Love Story” led the country charts. 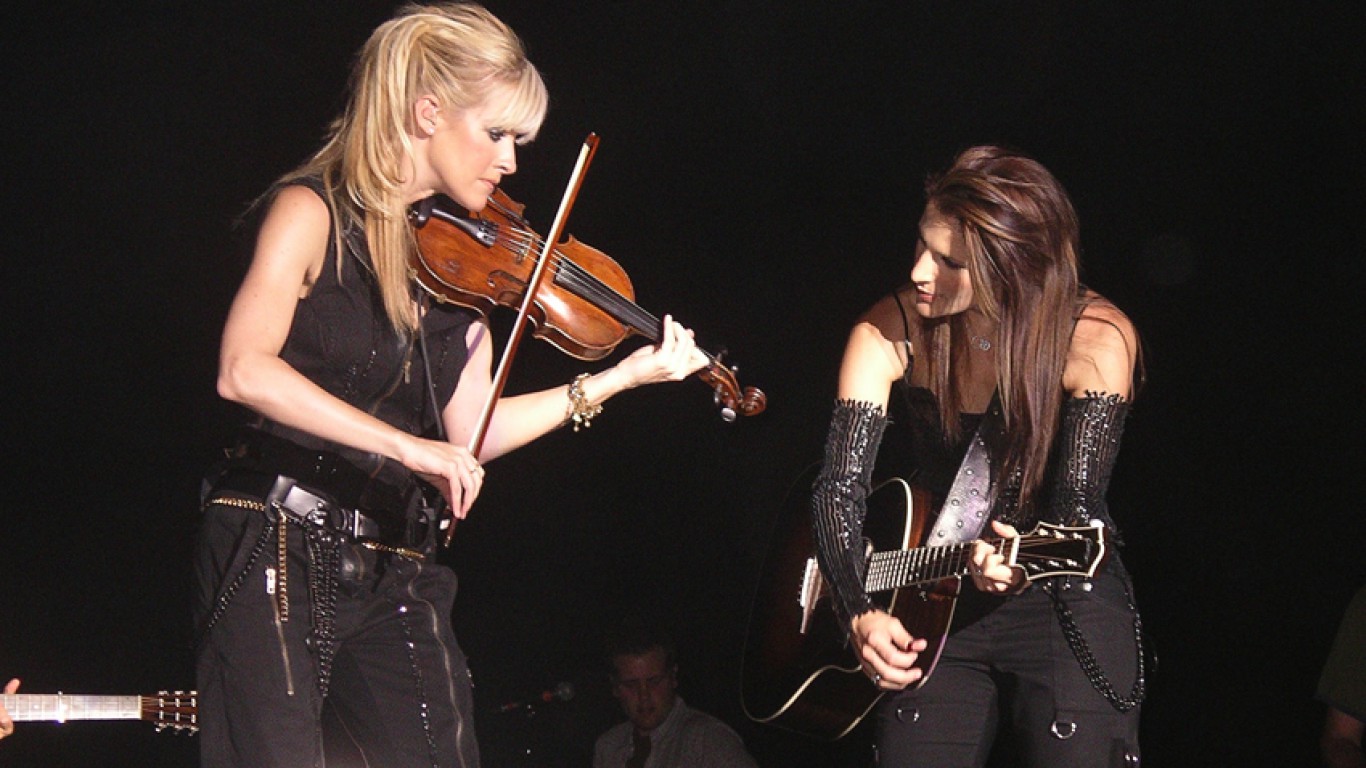 Riding the popularity of their album “Wide Open Spaces,” Dallas-based Dixie Chicks released in 1999 their megahit, “Fly,” which topped the country and Billboard 200 album charts and was certified diamond by the RIAA. Eight singles were released from the album, including the No. 1 songs “Cowboy Take Me Away” and “Without You.” 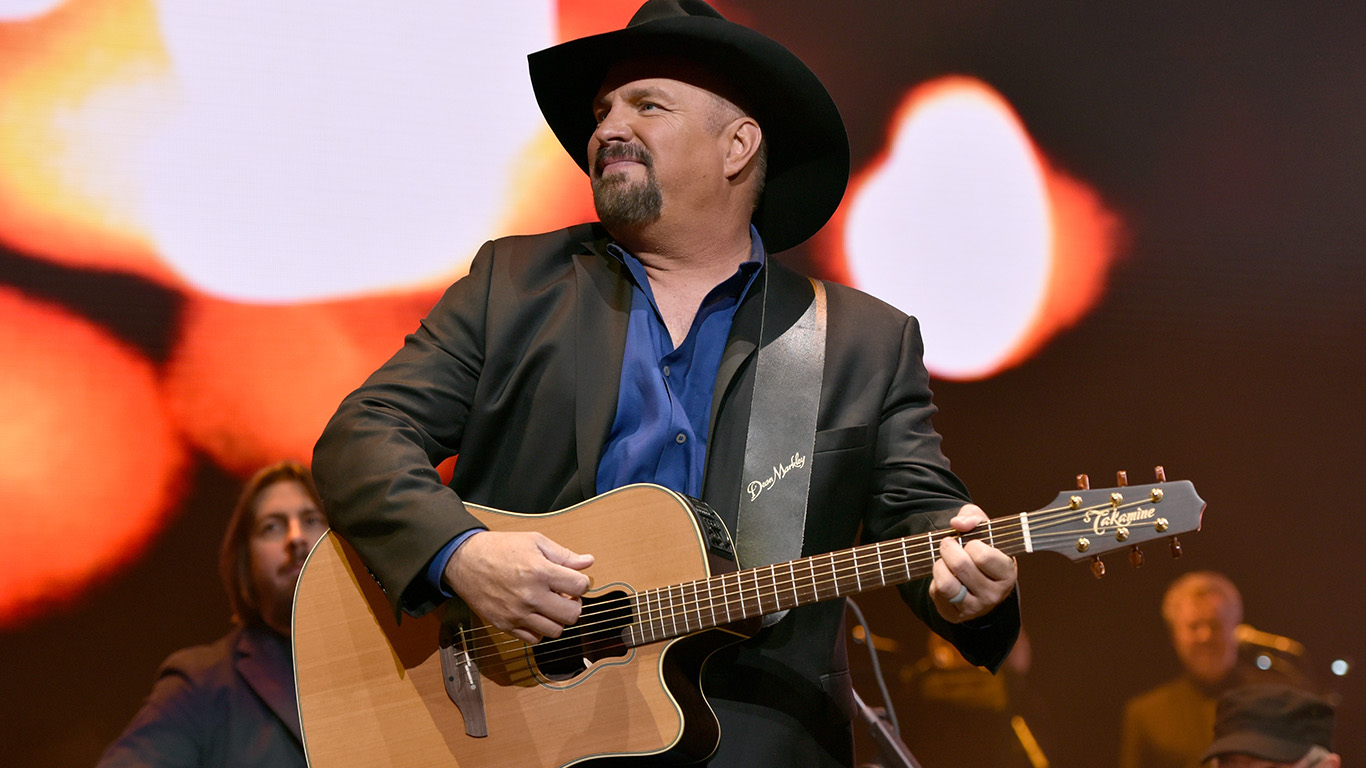 No artist dominated country music more than Garth Brooks in the 1990s. During that period, he released 10 albums that topped the country chart, and seven of those LPs went to No. 1 on the Billboard 200. “Ropin’ the Wind” was one of his biggest albums. It was certified 14x platinum in 1998 and was No. 1 for 33 weeks. Three singles from the album summited the country charts: “Shameless,” “What’s She Doing Now,” and “The River.” 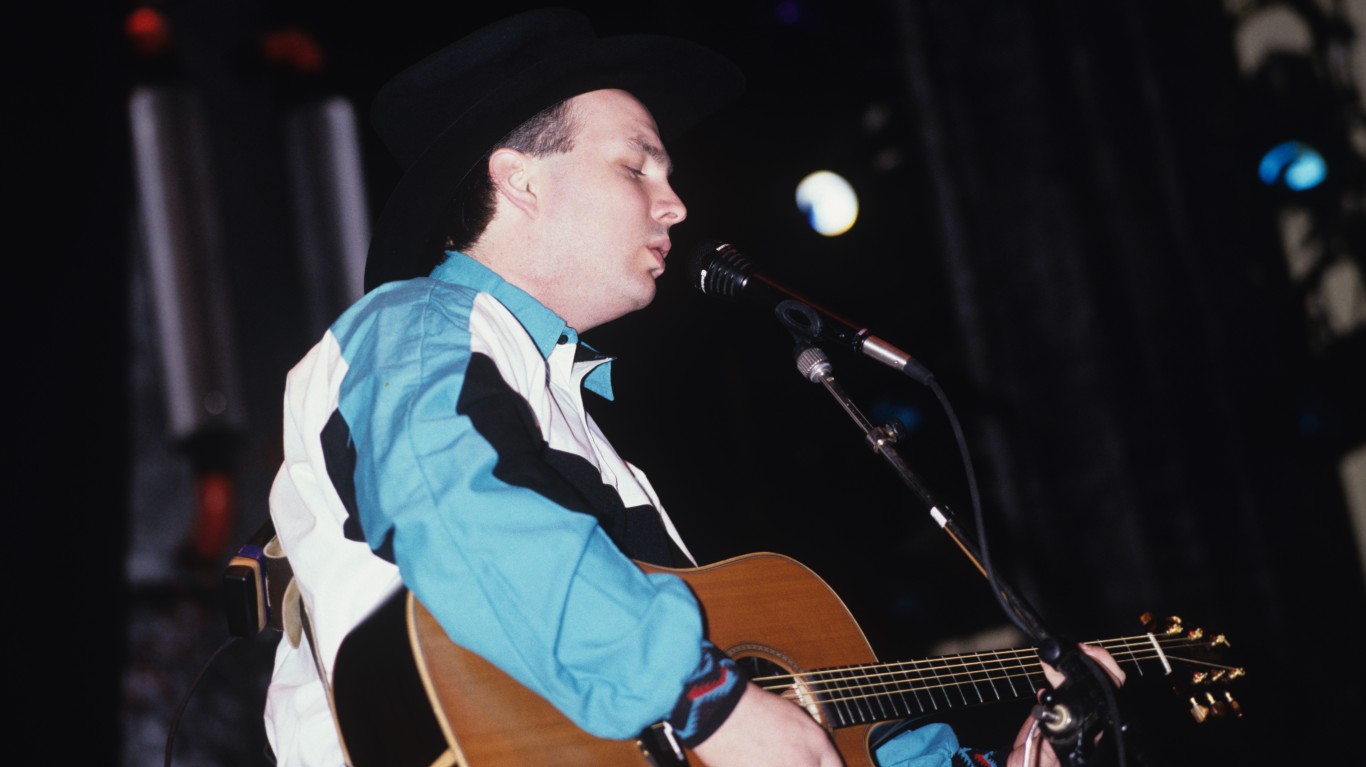 Garth Brooks combined neo-traditional country with irresistible pop hooks on his second album, 1990’s “No Fences.” The album has sold 18 million copies in the U.S., thanks in large part to the singles “Friends in Low Places,” “The Thunder Rolls,” “Unanswered Prayers,” and “Two of a Kind, Workin’ on a Full House,” all of which reached No. 1 on the Hot Country Songs chart. 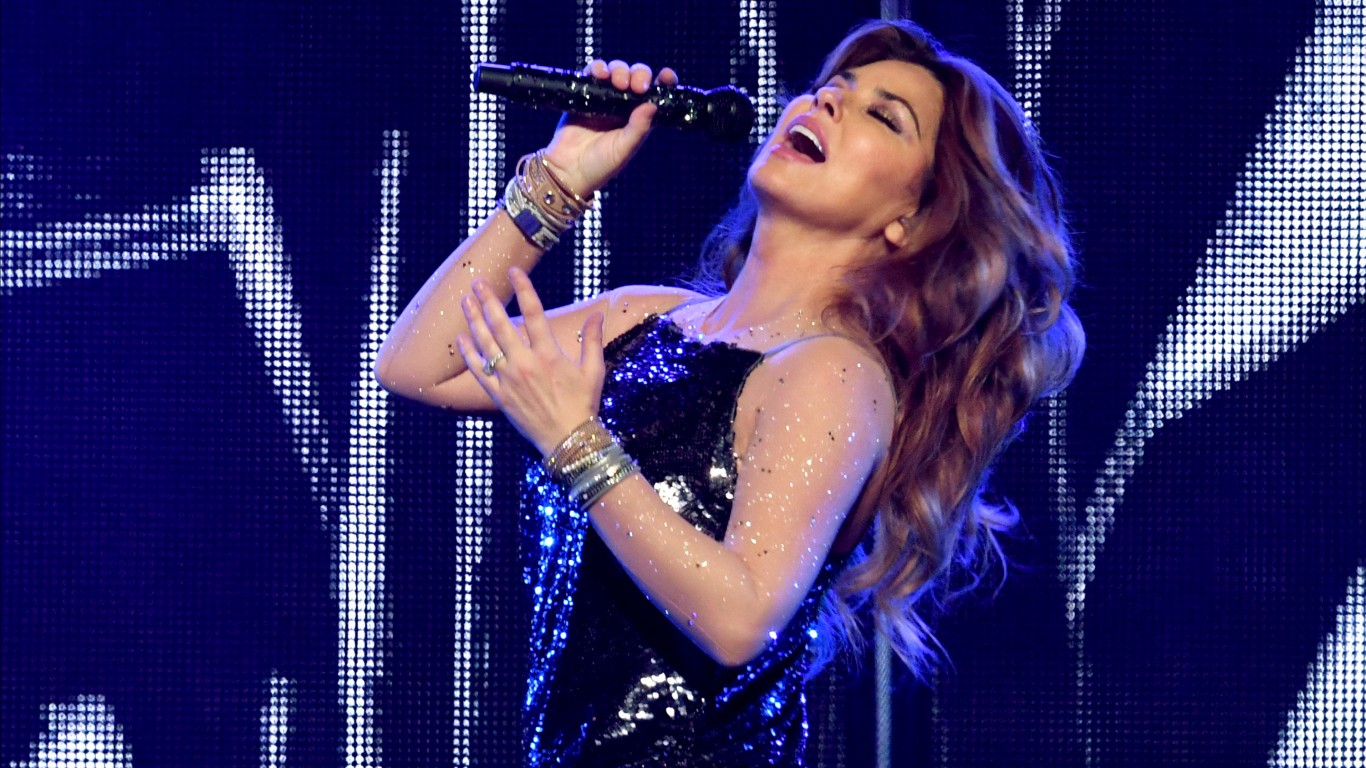 Shania Twain established herself as the queen of country-pop with her massively successful third studio album, “Come On Over.” It spent an astounding 50 weeks at No. 1 on Billboard’s Top Country Albums chart and is tied with Fleetwood Mac’s “Rumours” as the 11th best-selling album of all time in the United States, with 20 million copies sold. Seven of the record’s songs topped the singles chart, and the songs “Man! I Feel Like A Woman!” “Come On Over,” “You’re Still The One” all earned Twain separate Grammy awards.