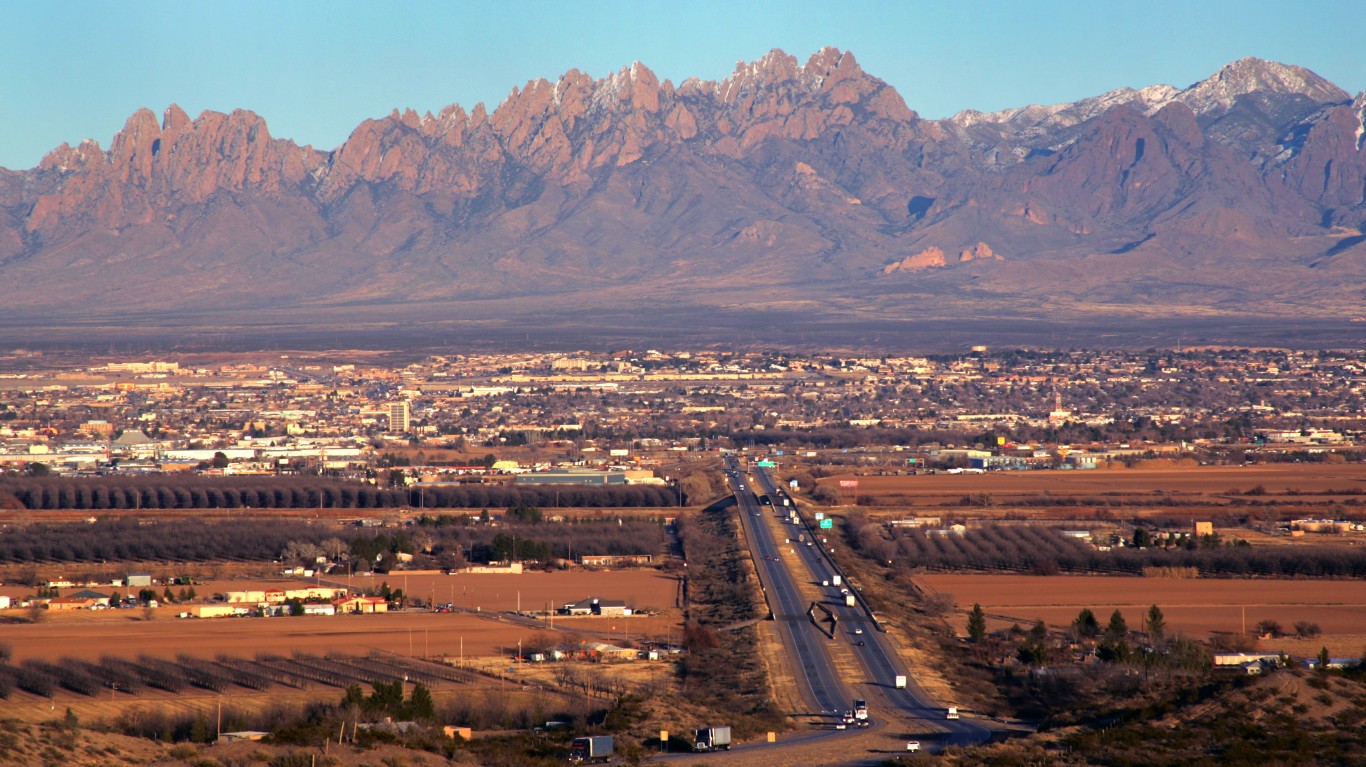 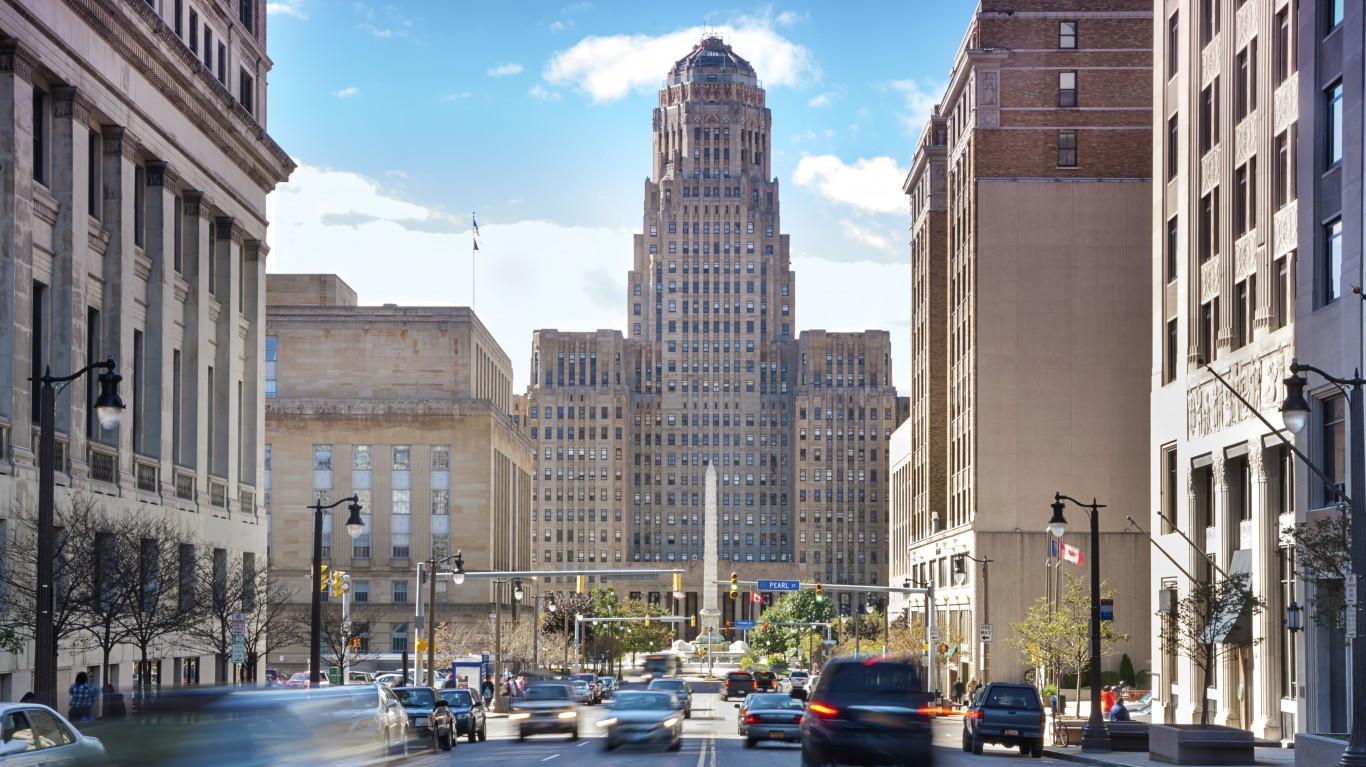 The 14.2% poverty rate in the Buffalo metropolitan area is slightly below the 14.6% poverty rate across all of New York state. While residents of Buffalo, Cheektowaga, and Niagara Falls are less likely to live below the poverty line than most New Yorkers, those who do are more likely to be segregated into predominantly poor communities. Of all people living below the poverty line in the Buffalo metro area, 23.4% also live concentrated-poverty neighborhoods — the largest share of any of the dozen metro areas across the state. 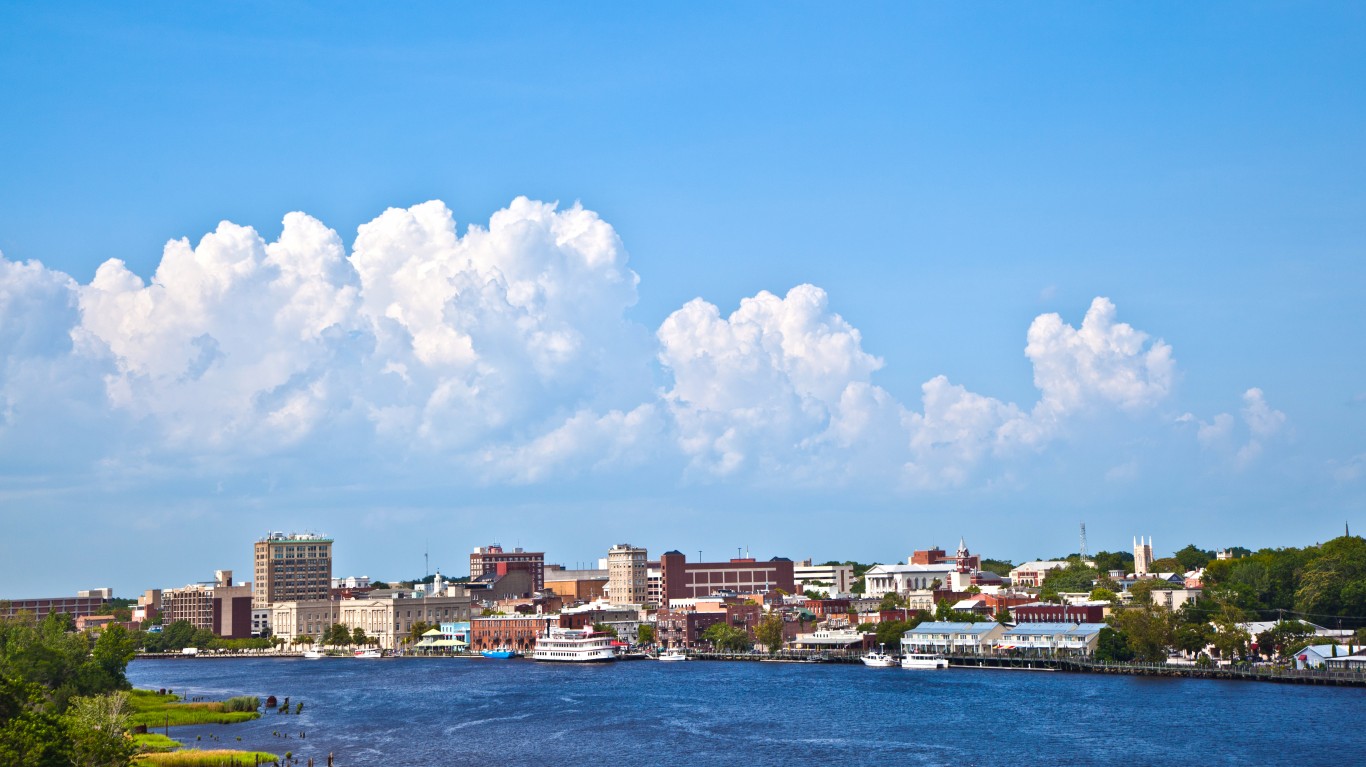 In Wilmington, North Carolina, 13.2% of the population who lives below the poverty line resides in concentrated poverty neighborhoods. Climbing out of poverty can be far more difficult for those living in economically disadvantaged communities, in part because of the relative lack of employment opportunities. Unemployment in Wimington’s poorest neighborhoods stands at 10.9%, well above the jobless rate of 5.9% in the rest of the metro area. 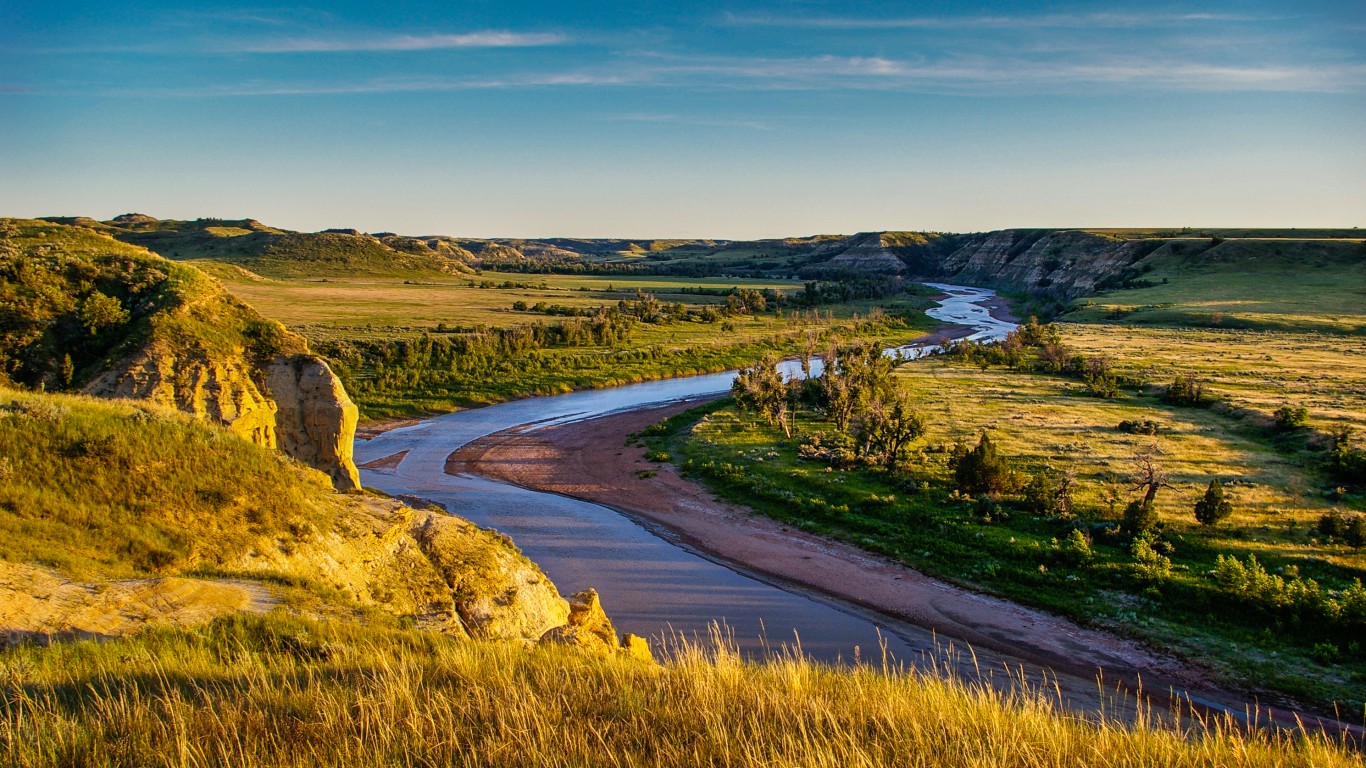 None of the three metro areas in North Dakota — Bismarck, Fargo, and Grand Forks — have any neighborhoods with poverty rates of 40% or higher. As recently as 2013, both Bismarck and Fargo each had one neighborhood of concentrated poverty. However, in the years since, the unemployment rate in both cities improved — from 3.2% in 2013 to 2.5% in 2018 in Bismarck and from 4.1% to 2.6% over the same period in Fargo. Over the same five-year stretch, the overall poverty rate in Bismarck fell from 9.5% to 9.3% and in Fargo, from 11.9% to 10.0%. 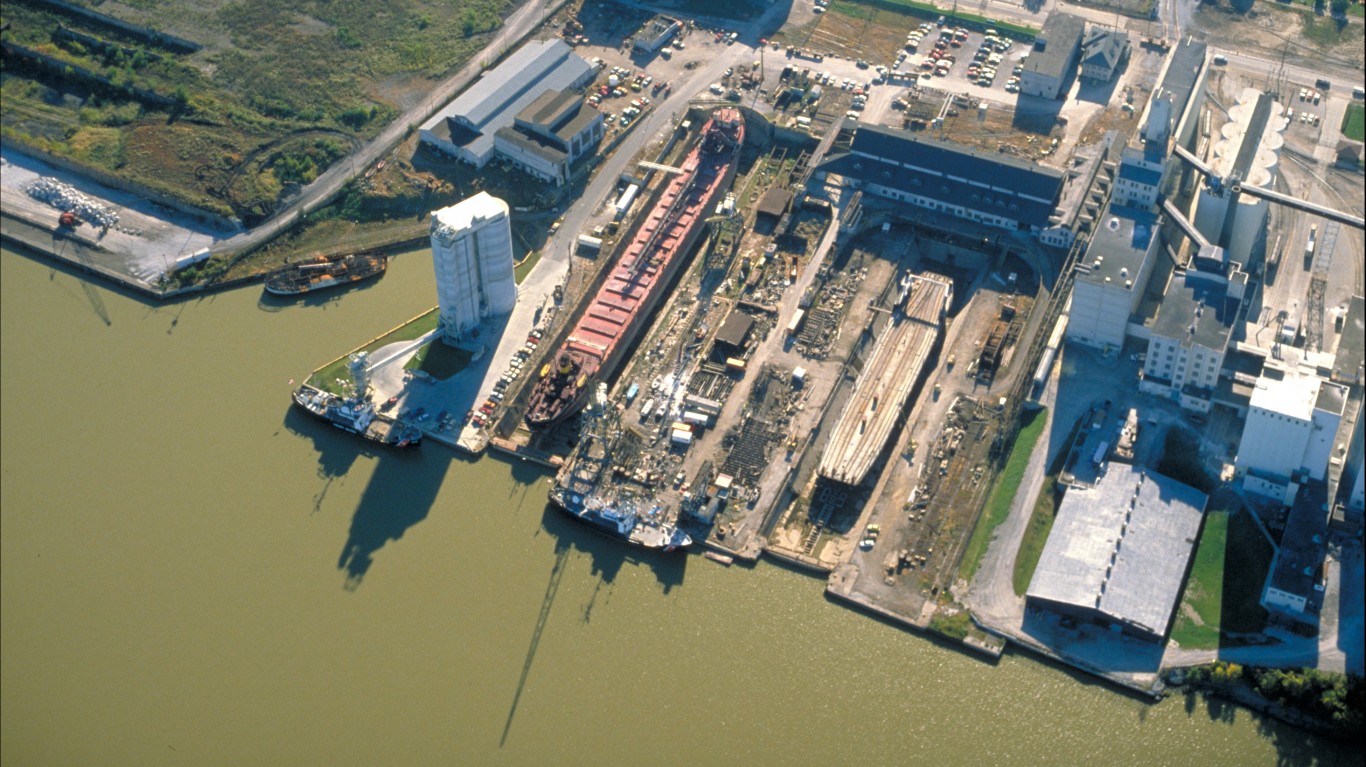 Toledo is the most economically segregated city in Ohio. Of the nearly 100,000 metro area residents living below the poverty line, 29.0% reside in concentrated poverty neighborhoods. Climbing out of poverty is likely far more difficult in Toledo’s poorest communities as the unemployment rate is nearly three times higher in areas of concentrated poverty than in the other parts of the metro area.