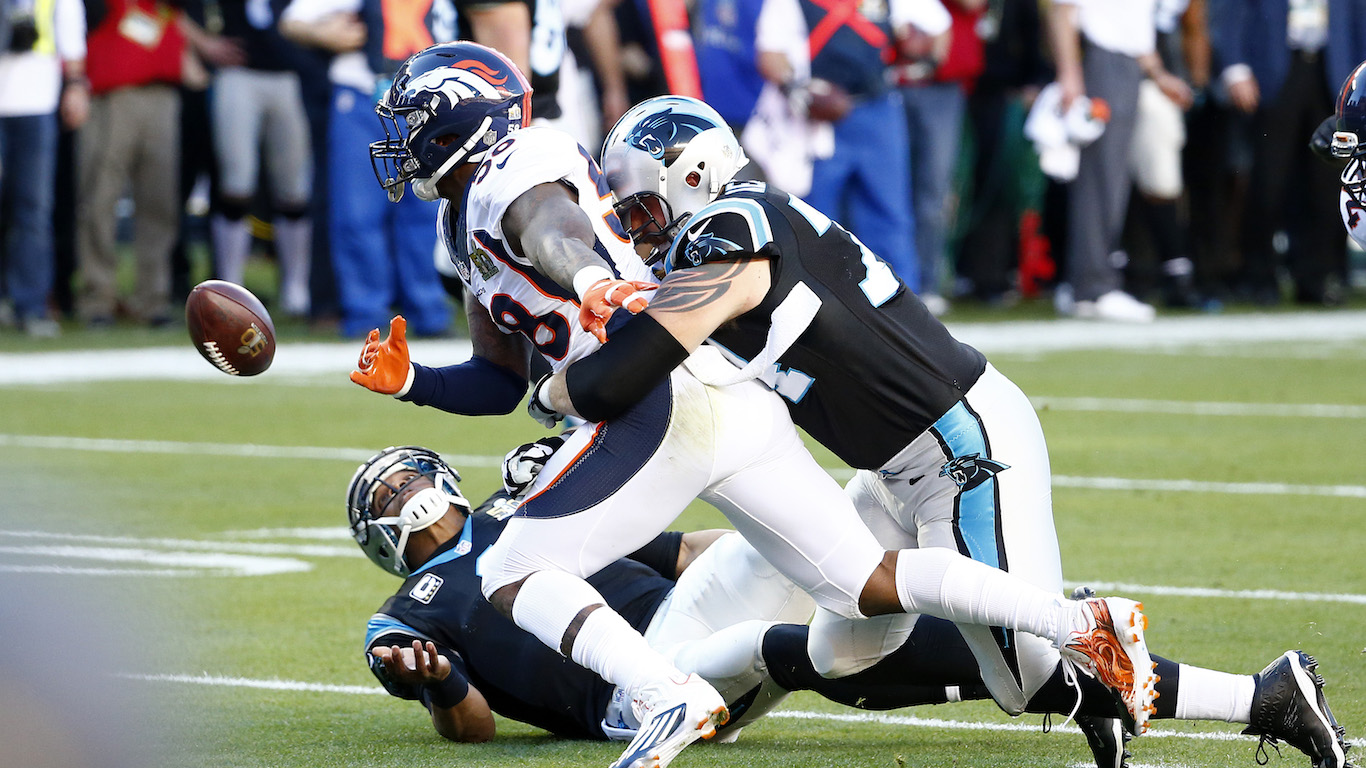 The Denver Broncos shocked the favored Carolina Panthers, 24-10, in Super Bowl 50 (the only Super Bowl that did not use Roman numerals). This would be Peyton Manning’s second and last Super Bowl win. He was efficient enough but not the MVP of the game. That went to linebacker Von Miller, who led a robust defense that thwarted Panthers quarterback Cam Newton (18 completions in 41 attempts and six sacks). The Broncos took the lead for good less than four minutes into the game. 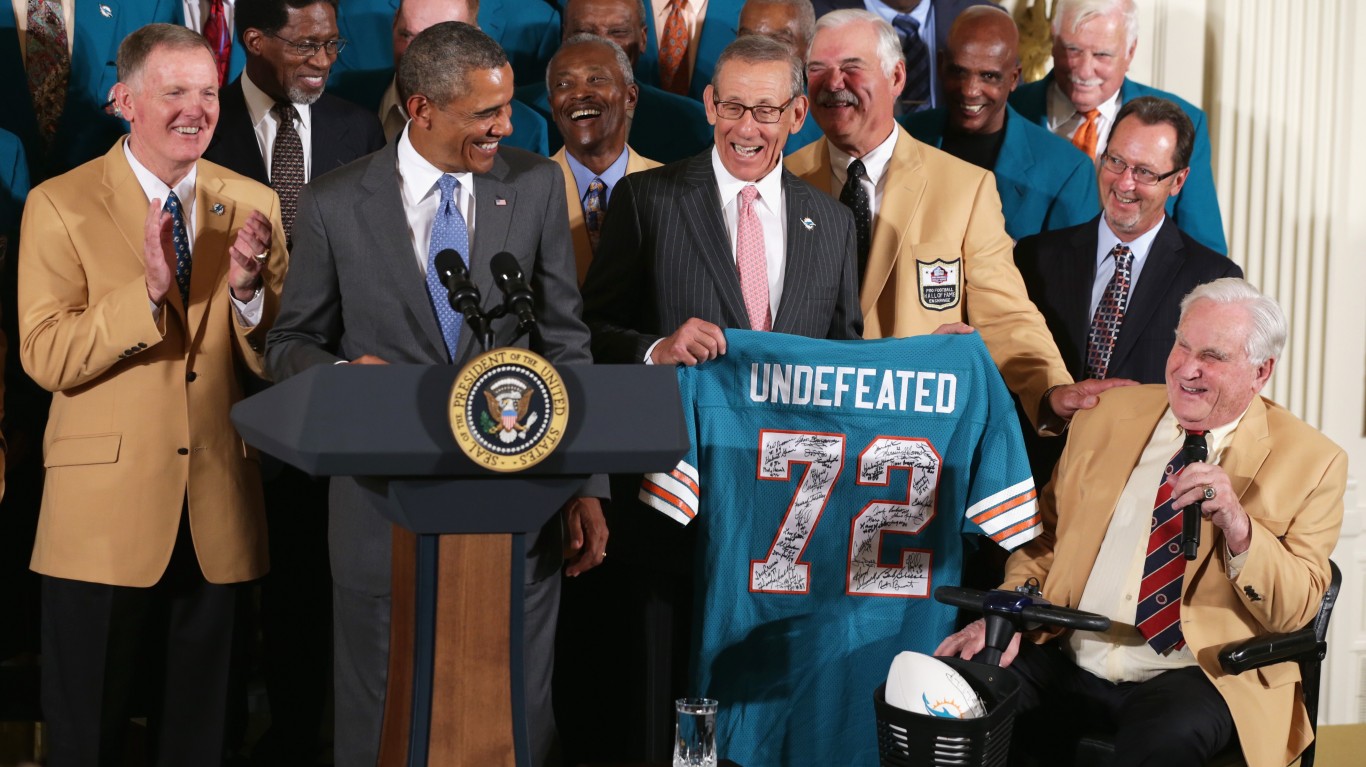 The Miami Dolphins topped off the first 14-0 season in NFL history by outplaying the Washington Redskins, 14-7, in Super Bowl VII. The Dolphins “No-Name Defense” dominated the game, shutting the Redskins, whose only score came on Mike Bass’ return of a blocked field goal attempt in the fourth quarter. It was at the time the fewest number of points scored by both teams in a Super Bowl, and the teams combined for fewer than 500 total yards. 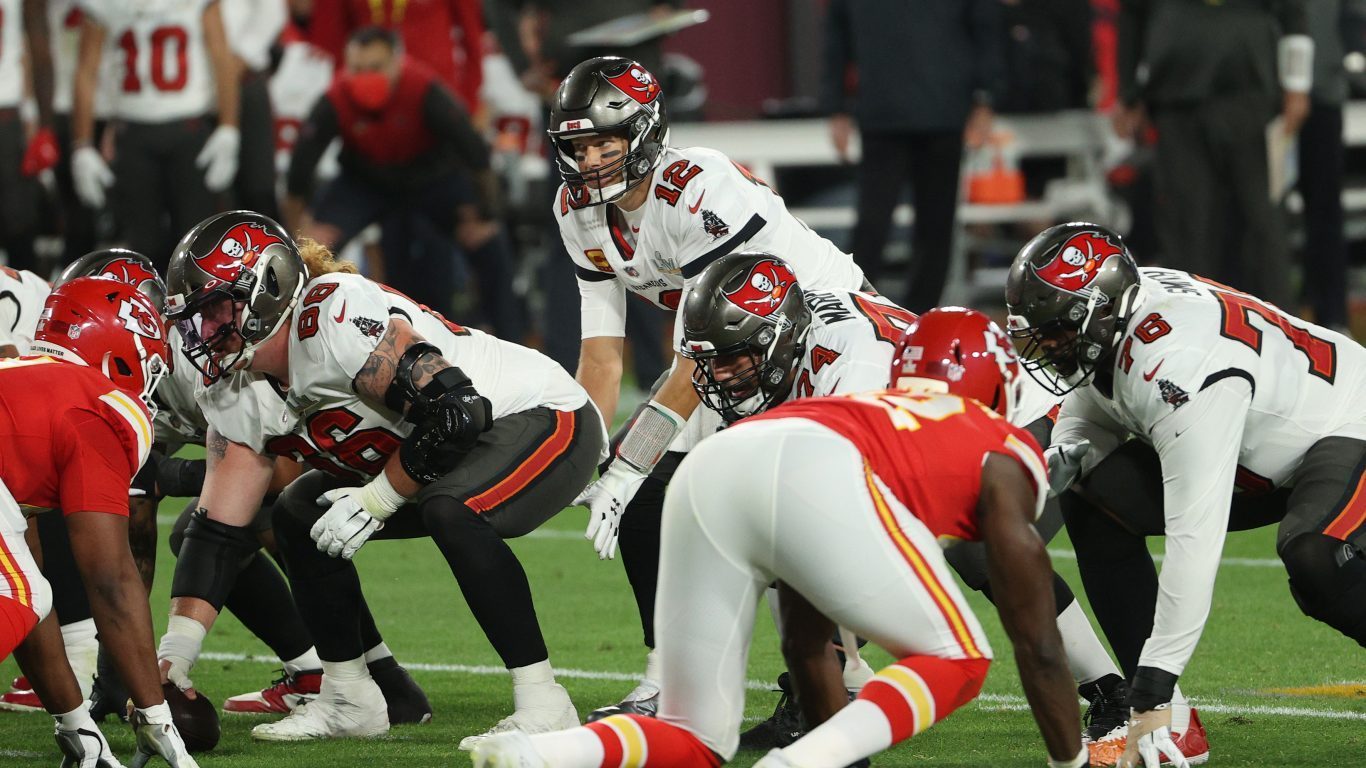 The Tampa Bay Buccaneers completely dominated the defending champion Kansas City Chiefs in Super Bowl LV, becoming the first team in NFL history to win the Super Bowl in their home stadium. The Chiefs looked out of sorts throughout the game, dropping passes, committing penalties, and turning the ball over twice. By the second half, the game looked out of reach for Kansas City. They could only muster nine points, while Tampa Bay ran and passed the ball efficiently to score 31 — and Tom Brady won his seventh ring and fifth Super Bowl MVP. 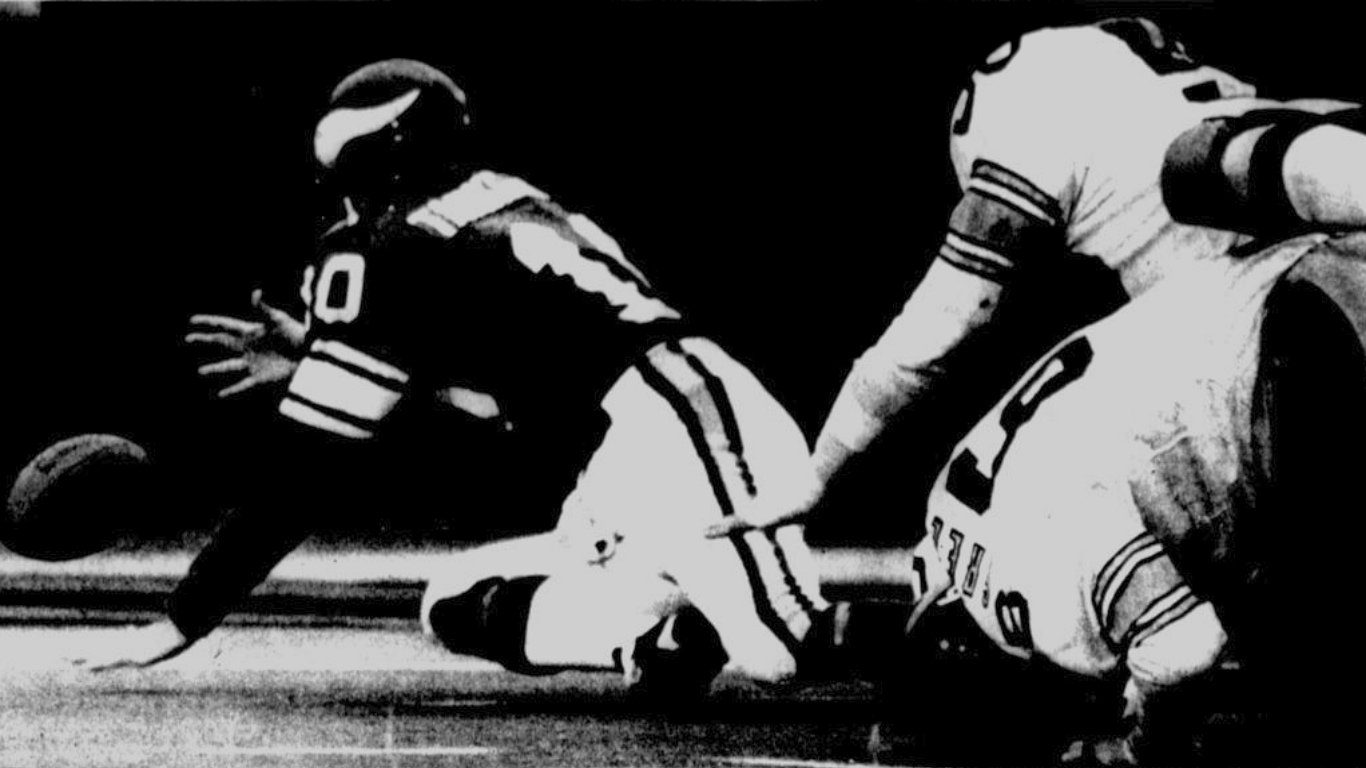 The Steel Curtain notched the first of its four Super Bowl victories by beating the Minnesota Vikings, 16-6. If you like defense, then Super Bowl IX was for you — the Steelers led 2-0 at halftime, the lowest-scoring first half in Super Bowl history. Franco Harris emerged as MVP, rushing for 158 yards and a touchdown. It was the second straight Super Bowl loss for the Vikings. 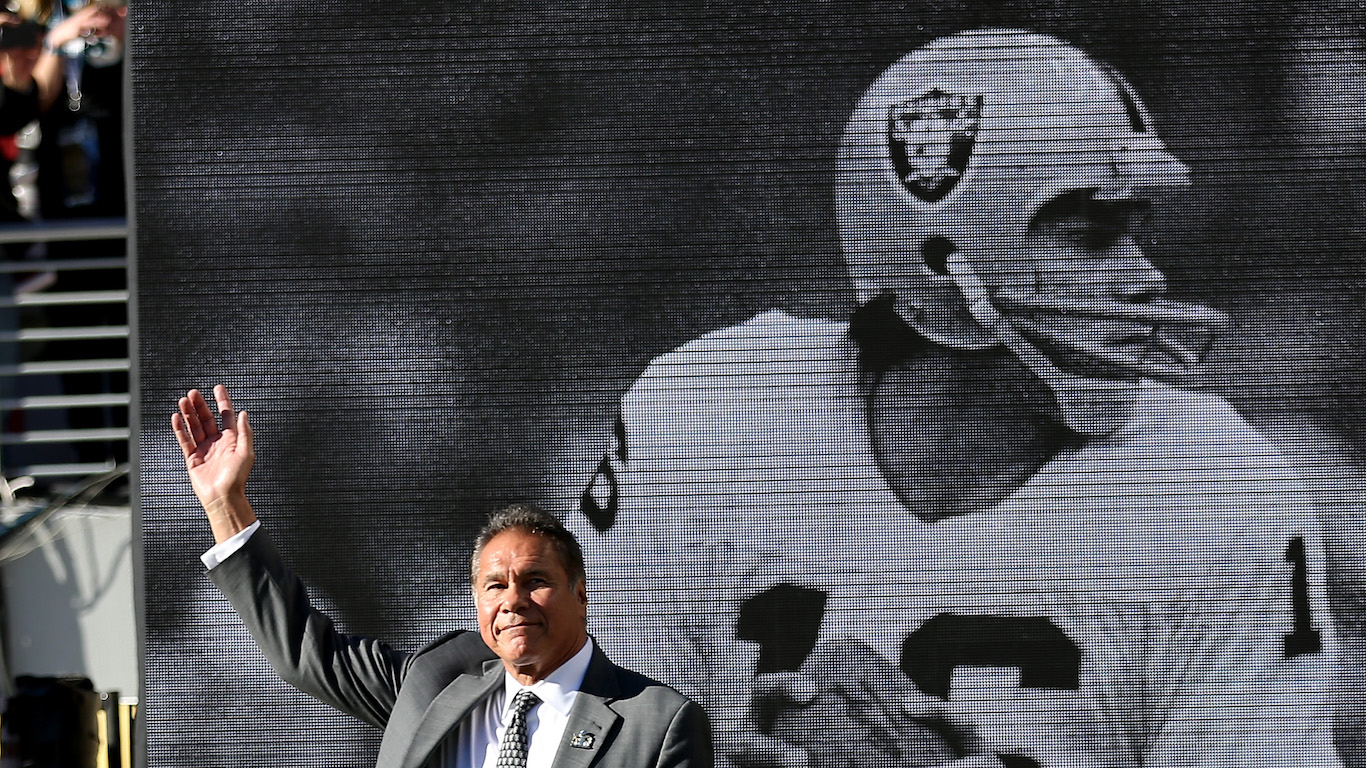 The Oakland Raiders dumped the favored Philadelphia Eagles, 27-10, in Super Bowl XV. MVP Jim Plunkett had the Raiders air attack in gear with three touchdown passes. Two of the aerial scores occurred in the first quarter, when Oakland grabbed a 14-0 lead. The Oakland defense limited Philadelphia running back Wilbert Montgomery to just 44 yards, and the Eagles only gained 69 yards on the ground. For the Raiders, it was their second Super Bowl victory. The Eagles were making the first of two appearances in the big game. 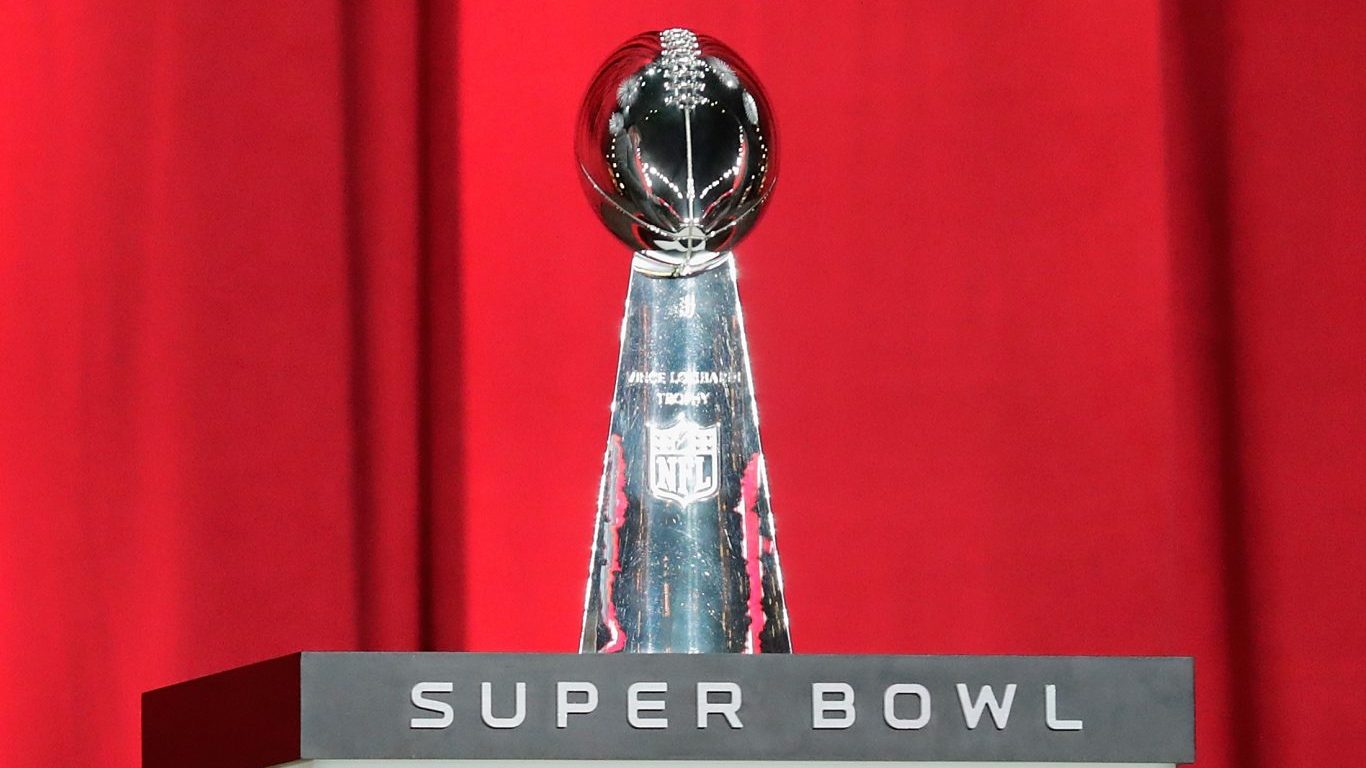 In what would cap the Green Bay Packers dynasty and Vince Lombardi’s final game as Packers coach, Green Bay defeated the Oakland Raiders, 33-14, in Super Bowl II. Bart Starr was the Super Bowl MVP for the second straight year, throwing for 202 yards and one touchdown pass. After winning the first two Super Bowls, the Packers would not return to the big game until 1997.