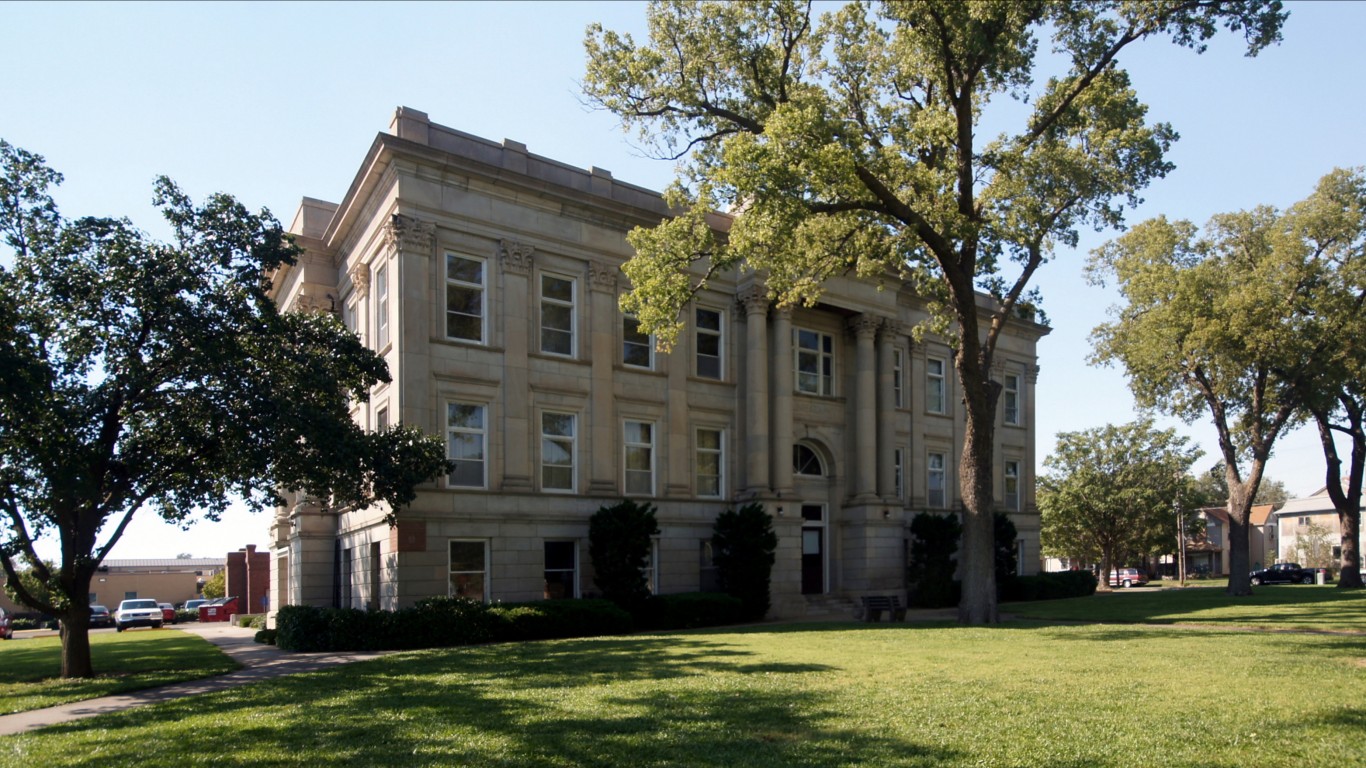 Between 2015 and 2019, there were an average of 19 fatal drug overdoses per year per 100,000 people in Saline County, Kansas. Though this is the highest drug overdose death rate among the 16 counties reporting overdoses in the state, it is still below the comparable national rate of 21 deaths per 100,000. Similarly, Saline County has a slightly higher share of adults reporting being in poor or fair health than the state rate but lower than the national rate. Drug use can have a wide range of long-term health effects, including respiratory problems and heart disease.

Accidental drug overdose is currently among the leading causes of preventable death in the U.S. Saline County’s premature death rate of 391 deaths before the age of 75 per 100,000 residents is higher than the majority of counties in Kansas. 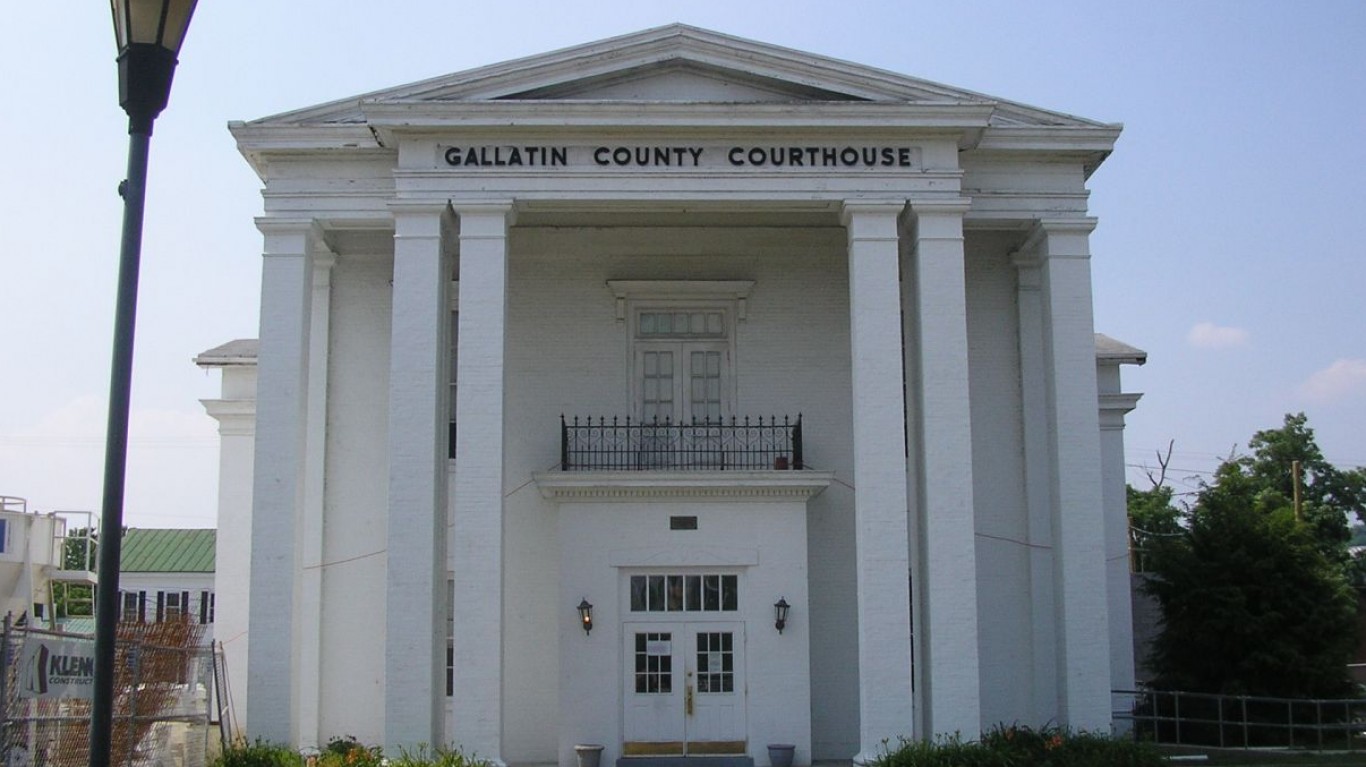 Gallatin County has the biggest drug problem in Kentucky, and one of the biggest in the country. The county, in the northern part of the state about 30 miles southwest of Cincinnati, reported 78 drug deaths annually per 100,000 residents in recent years — the eighth highest rate in the nation and nearly four times higher than the national rate.

Partially because of the drug overdose deaths, Gallatin County residents are much more likely to die at a relatively young age than the typical American. The county reported 630 deaths of people under age 75 per 100,000 residents. The nationwide premature death rate is 340 per 100,000.

24/7 Wall St.
States Getting the Most COVID-19 Vaccines From the Federal Government 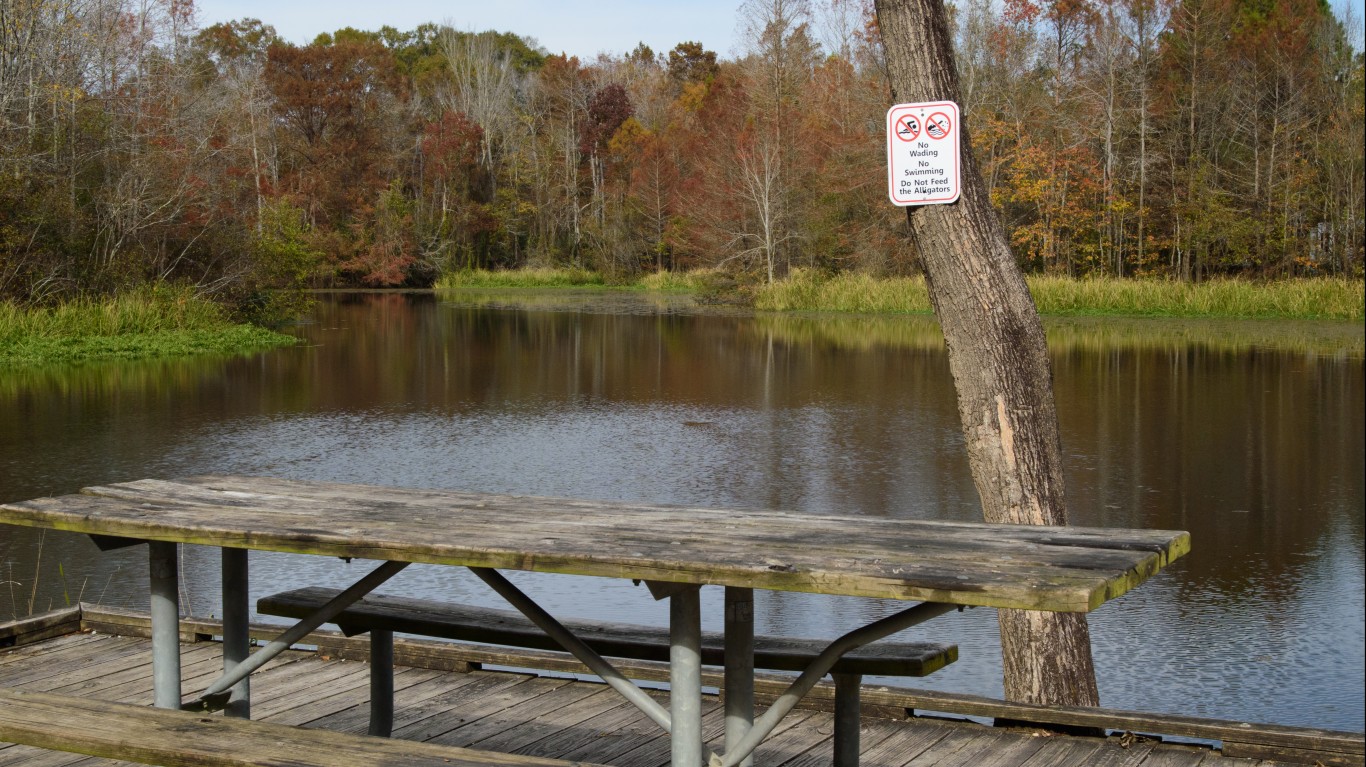 An average of 70 Washington Parish, Louisiana, residents per 100,000 people died from a drug overdose every year between 2015 and 2019. This is the highest overdose death rate in the state and the 12th highest of all 3,142 counties in the U.S. Fatal drug overdoses are a main driver of premature deaths across the country. In Washington Parish, the premature death rate is 643 deaths before age 75 per 100,000 people, the second highest in the state and nearly double the national rate of 340 per 100,000.

Drug use can have a wide range of long-term health effects, including respiratory problems and heart disease. In Washington Parish, more than one in four adults report being in poor or fair health, one of the highest rates in all of Louisiana. 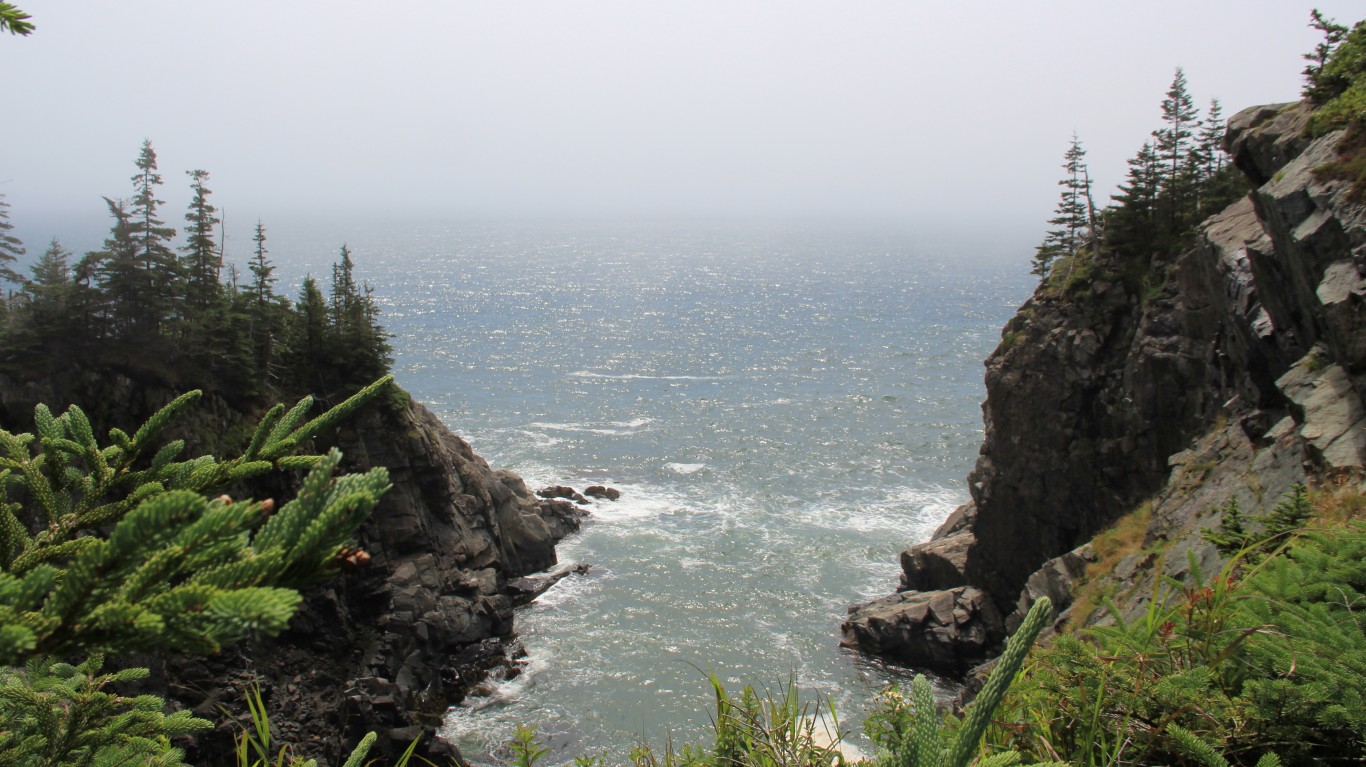 Washington County’s drug overdose death rate is 43 per 100,000 people a year, the highest of all 16 counties in Maine. Many people with drug use disorder are also diagnosed with other mental disorders. The opposite is also true. Regular use of some drugs can lead to mental health issues such as depression and anxiety. More than 14% of adults in the county report more than two weeks a month of poor mental health, the highest share in Maine.

Drug overdose deaths tend to be more common in poorer regions. Washington County has the second highest poverty rate in Maine, at 18.9%, and the third lowest median annual household income, at $41,347. The statewide figures are 11.8% and $57,918, respectively. 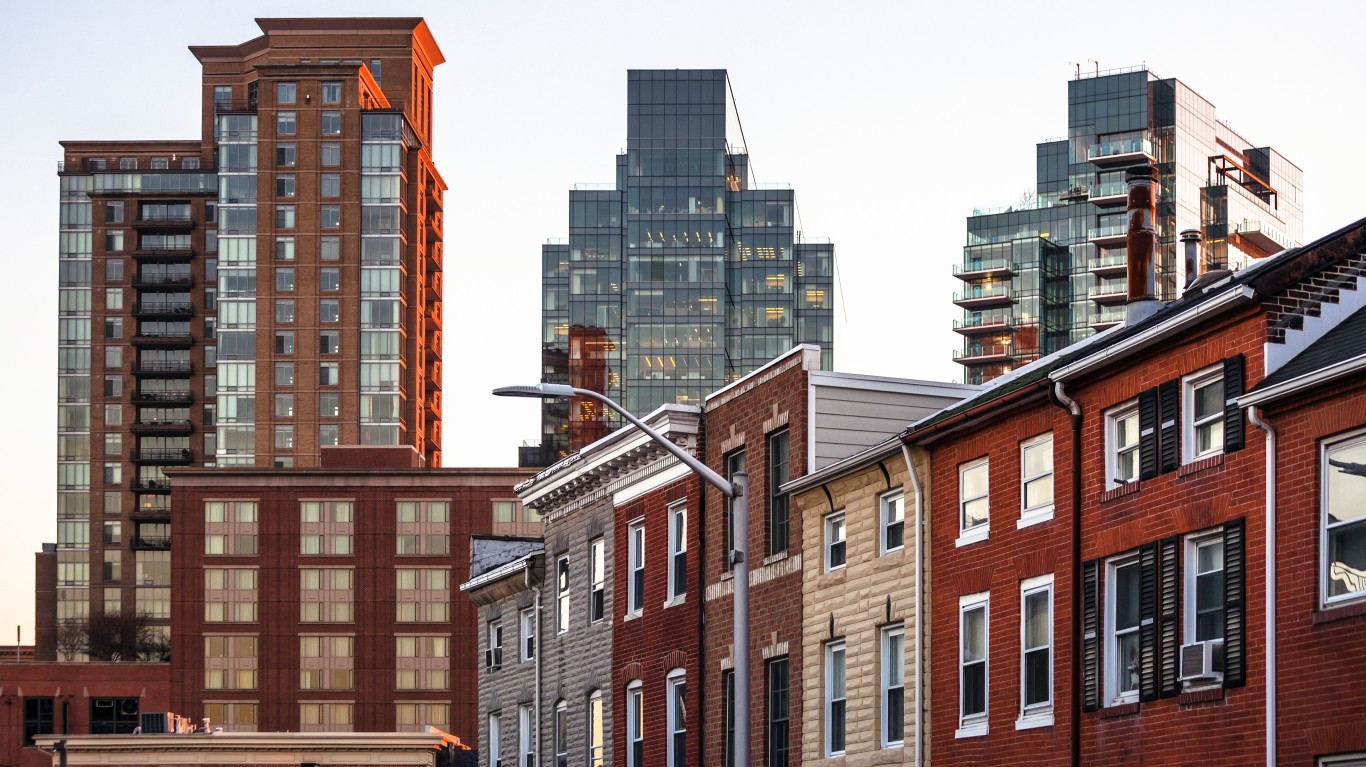 Though rural areas have, at least in recent years, struggled with widespread drug problems, nowhere in Maryland has reported more drug overdose deaths than the city of Baltimore. Baltimore is an independent city and is not part of a larger county.

The city has the second highest rate of drug overdose deaths of any county or equivalent in the entire country, with more than 93 deaths per 100,000 residents. This is much higher than the U.S. rate of 21 deaths per 100,000.