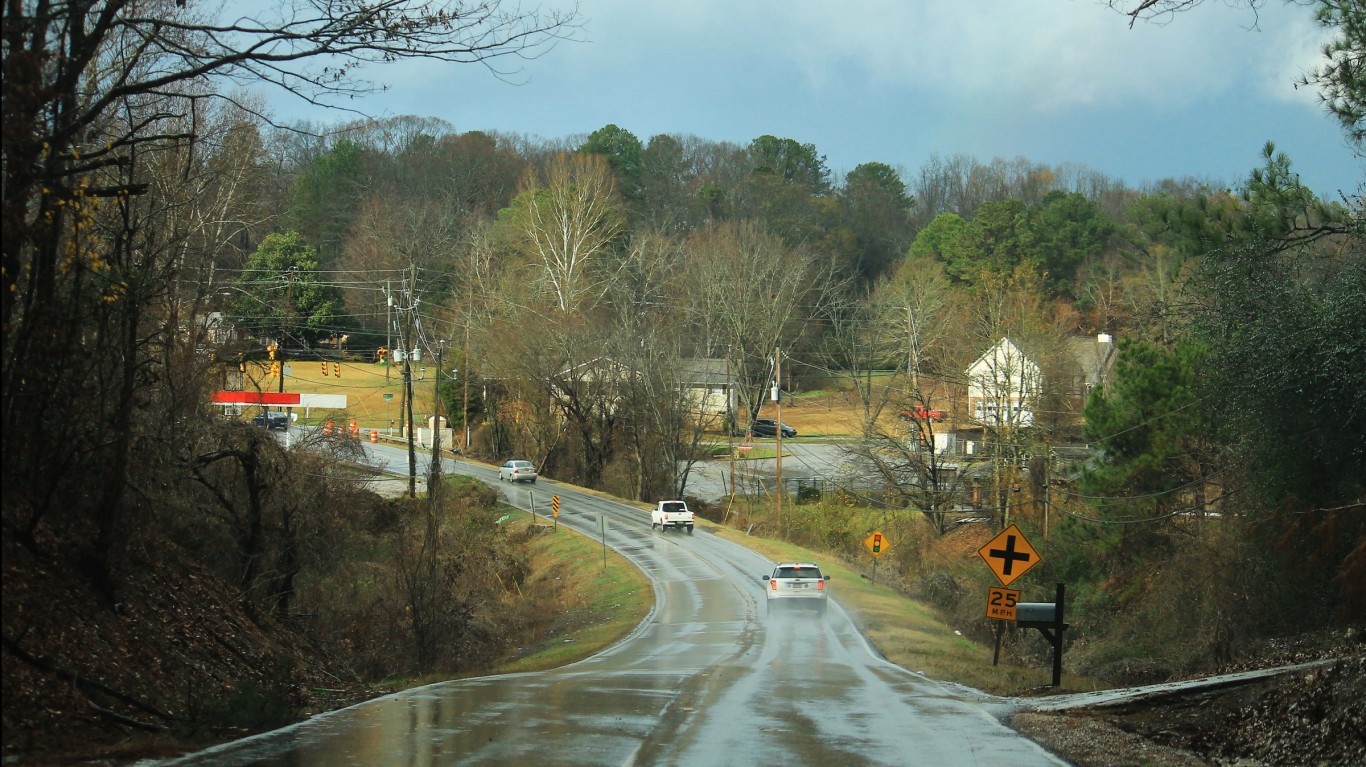 Jefferson County, Alabama, had an average of 38 annual overdose deaths per 100,000 people between 2015 and 2019, more than double the statewide rate of 18 overdose deaths per 100,000 people and the highest rate of all 67 counties in Alabama. Drug overdoses are mostly associated with poor regions, but drug use is growing in all parts of the U.S., affecting upper-income people as well. Heroin overdoses in particular have been on the rise among the wealthy.

In Jefferson County, Alabama, the median household income is $53,901 a year, one of the highest in the state, compared to a statewide median of $50,536. 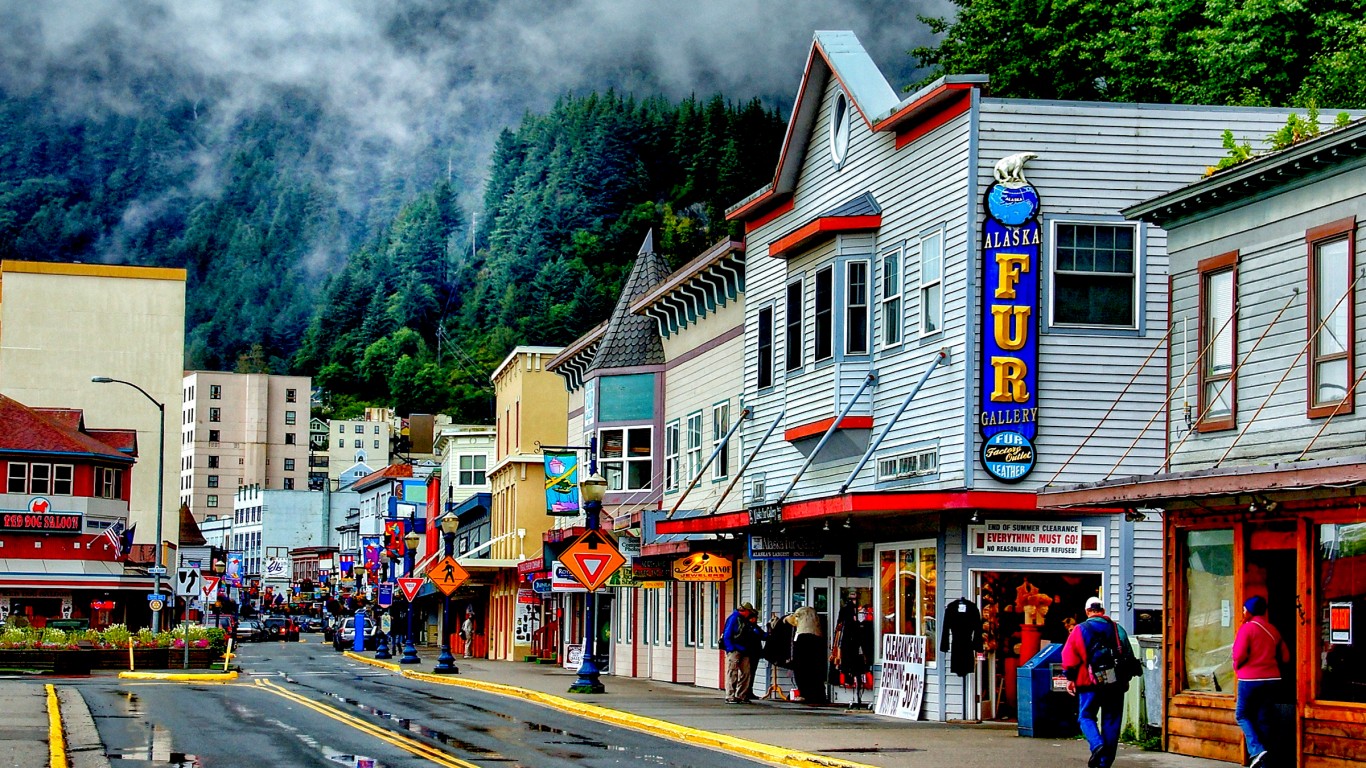 Alaska’s capital city of Juneau, also known as Juneau Borough, is treated as a county equivalent by the U.S. Census. Juneau is an example of a relatively wealthy region having the worst drug problem in the state. On average, 28 residents per 100,000 a year have died from a drug overdose each year between 2015 and 2019, compared to a statewide rate of 19 per 100,000.

24/7 Wall St.
The Poorest County In Every State 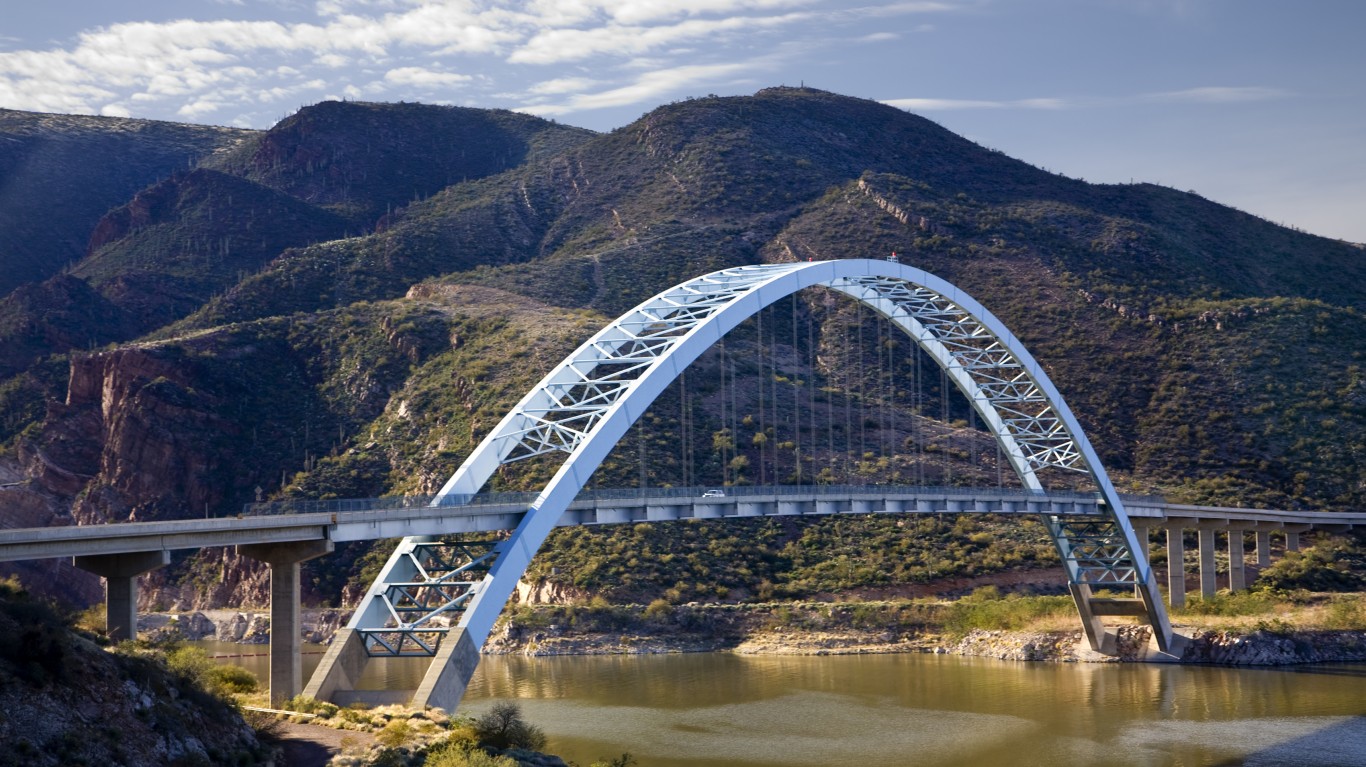 Gila County had an average of 38 overdose deaths per 100,000 people each year between 2015 and 2019, the highest rate of all 15 counties in Arizona. Drug overdose deaths are often more common among poor Americans, who tend to lack the resources to seek substance addiction help and who live in communities that lack adequate funding for programs to fight the spread of drugs. More than one in five residents of Gila County live below the poverty line, a significantly higher rate than the statewide poverty rate of 15.1%.

Drug overdose is a leading cause of preventable death in the U.S. Gila County has the third highest premature mortality rate in the state at 558 deaths before the age of 75 per 100,000 residents annually. 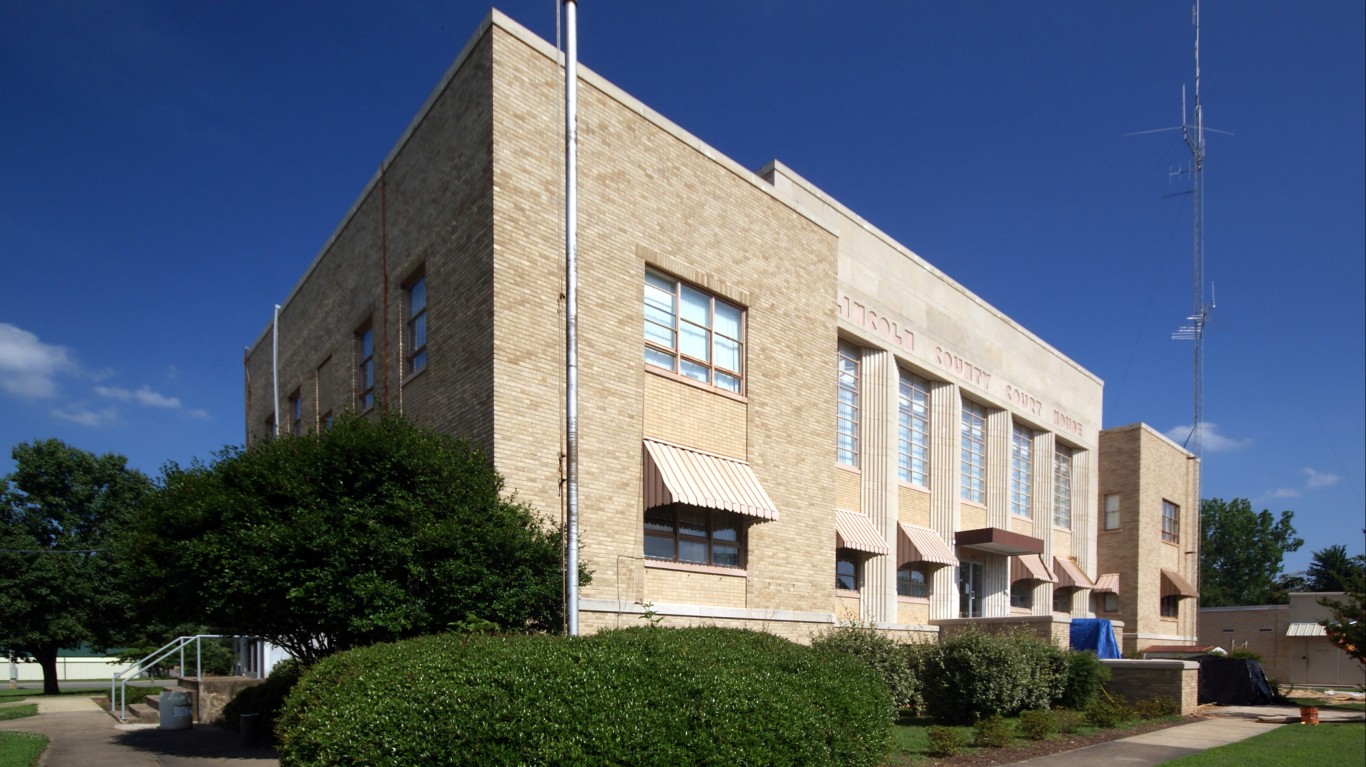 Of the 75 counties in Arkansas, Lincoln has the highest age-adjusted rate of drug overdose deaths at 33 deaths per 100,000 residents, more than double the state rate.

Overdose death rates have increased significantly over the last two decades, with the toll highest among the least educated people. People with lower educational attainment tend to earn lower incomes than those with higher education. Only about 9.7% of Lincoln County residents have at least a bachelor’s degree, the second lowest share in the state and less than three times the national share of 32.1%. 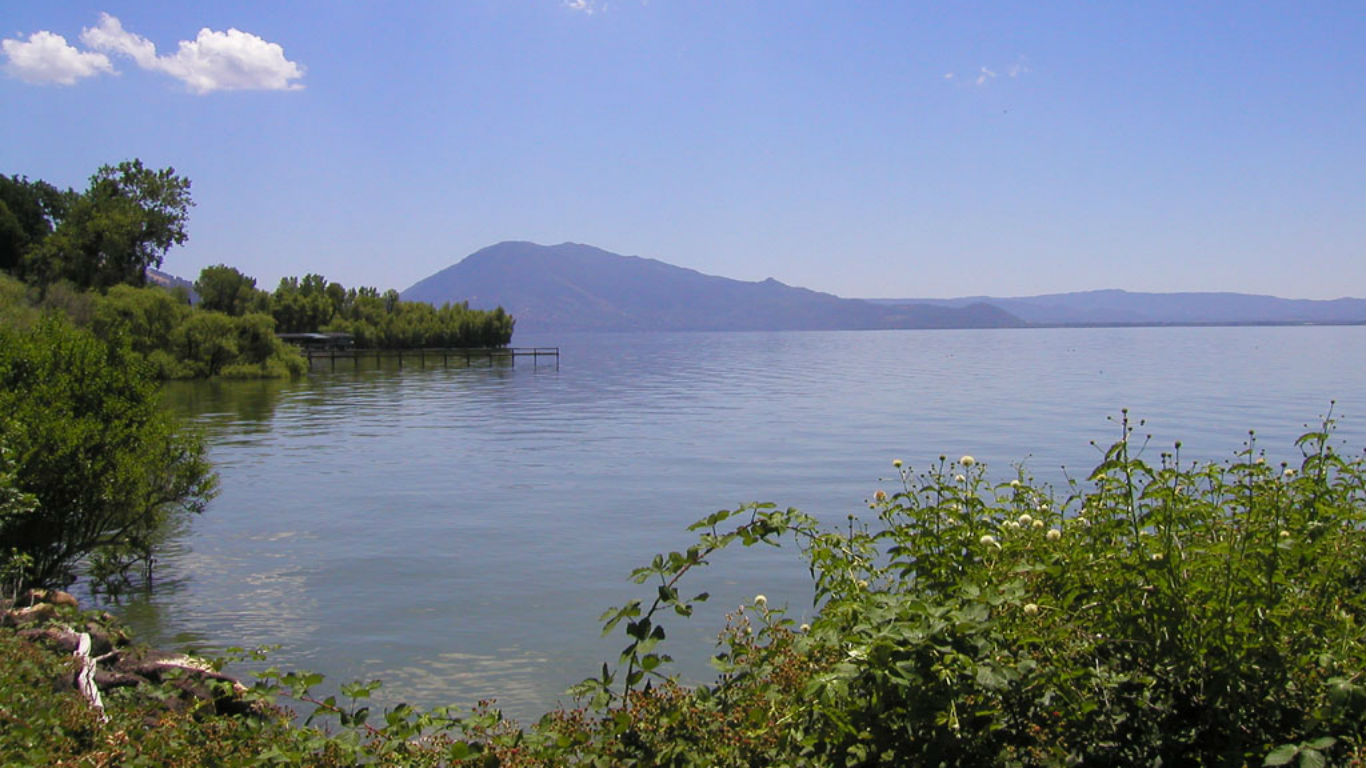 Lake County, located in north central California, not far from Sacramento, has the highest drug overdose death rate of all 58 state counties and one of the highest in the U.S. as a whole. There have been an average of 56 fatal overdoses a year between 2015 and 2019 per 100,000 residents, four times the state average of 14 per 100,000 people and more than double the national average of 21 per 100,000.

While drug overdoses in recent years have come to affect more people, including those who earn higher incomes, substance use disorder continues to disproportionately affect those living in poverty. The median household income in Lake County, California, is among the lowest in the state at $47,040 a year, compared to $75,235 a year across California as a whole.